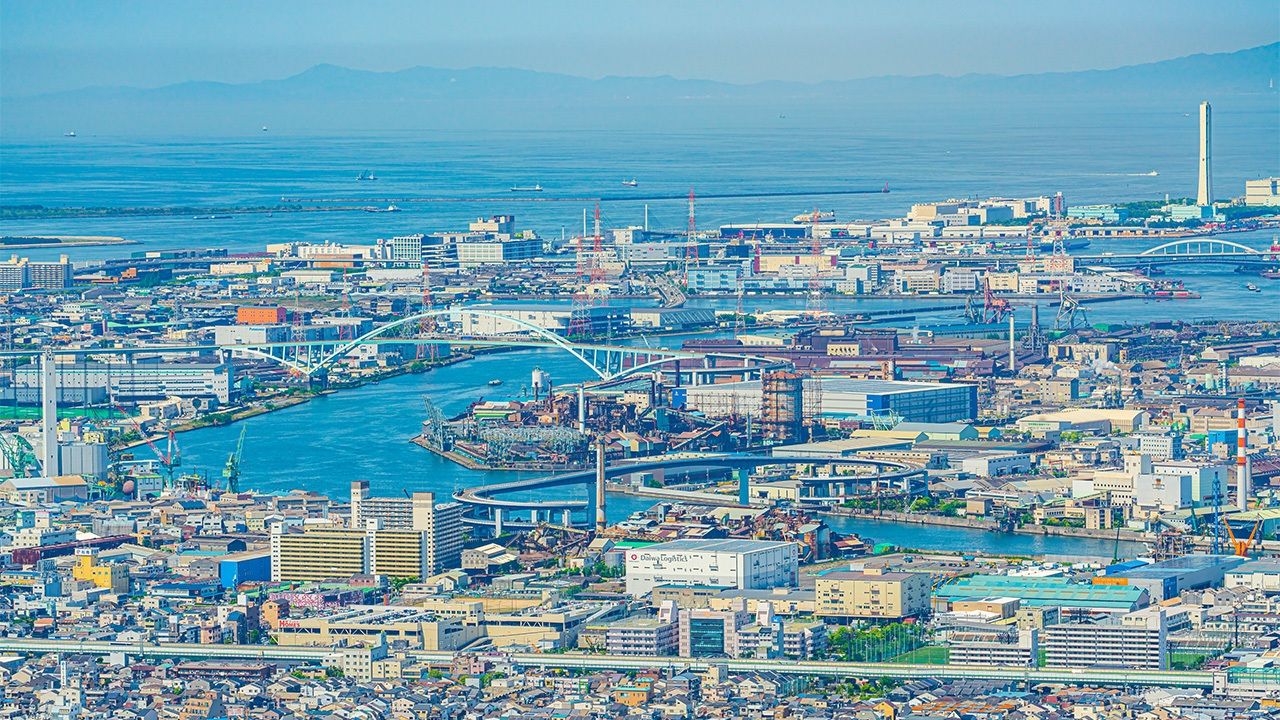 Japan’s designated cities under the Local Autonomy Act have greater authority than general municipalities in matters such as city planning, child welfare, and education. In some cases, they have more standing and influence than prefectures. At one time these cities had to have a population of more than one million people and were synonymous with megacities.

The first five cities to be designated were Yokohama, Nagoya, Kyoto, Osaka, and Kobe, all historically prosperous in commerce and industry and with a high population density. These were followed by Kitakyūshū, and then Sapporo, Kawasaki, and Fukuoka.

Incidentally, Tokyo is considered a metropolitan district, a special kind of prefecture in Japan, and therefore is not part of the list. In November 2020, Osaka’s referendum on also becoming a metropolis was rejected—if its backers’ plans had been realized, it would have no longer been a designated city.

The government introduced legislation encouraging mergers of municipalities in 1999 as it was seen as necessary to strengthen local government administration due to expanding decentralization. Financial support and other incentives were put in place. At that time, the requirements for designated cities were relaxed, so newly merged cities qualified if they gained a population of more than 700,000. In the table below, the seven cities from Shizuoka onward were thus accepted, so there are now 20 designated cities in total.

Created by Nippon.com with population data based on the 2015 National Census. Highlighted cities have a population of 1 million or greater.

According to the 2015 National Census, the total population for the 20 designated cities was 27.5 million, meaning that 20% of Japan’s population is concentrated in these cities. Incidentally, among the 23 central municipalities of Tokyo, Setagaya has a population of 903,346, Nerima 721,722, and Ōta 717,082, making them all comparable in size. 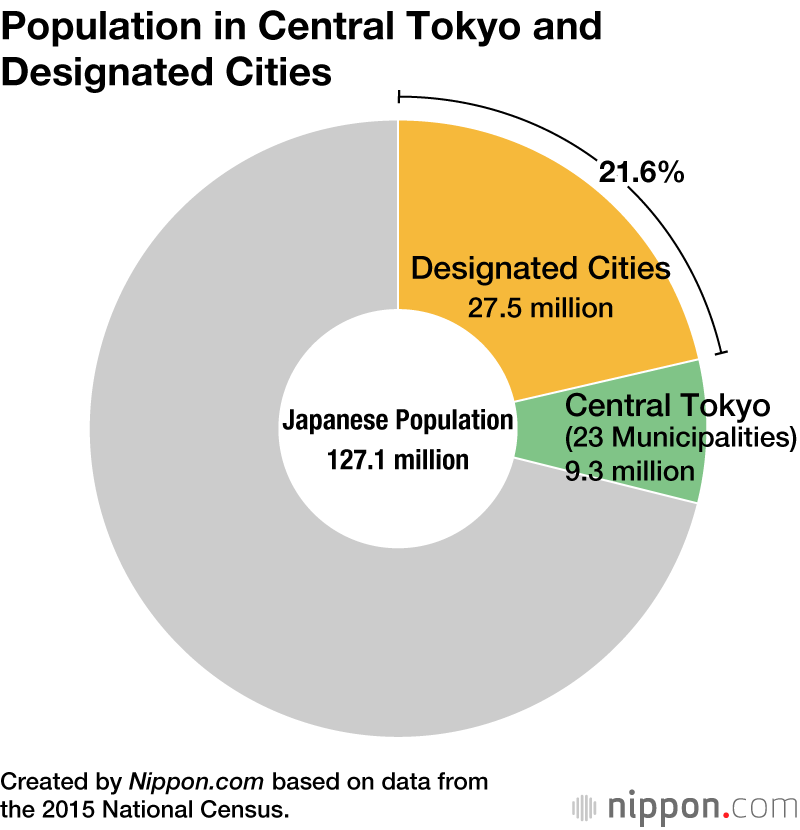 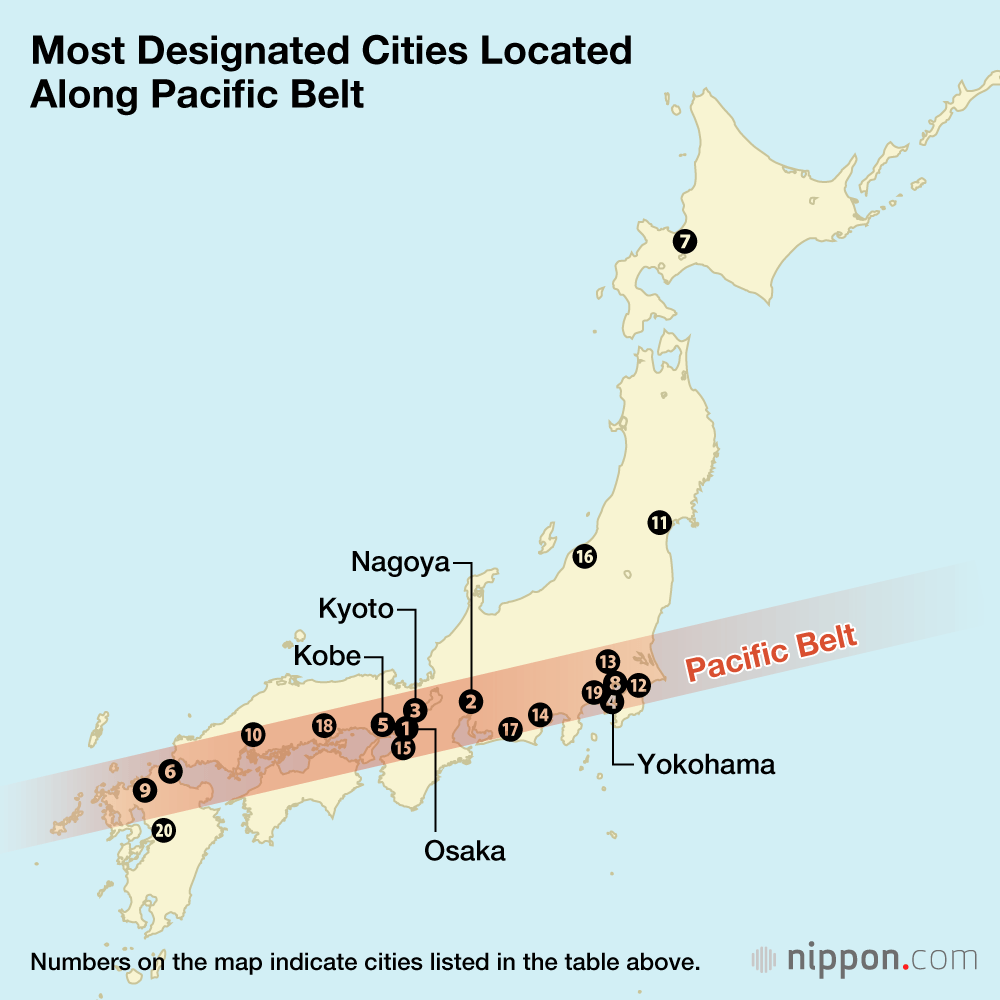