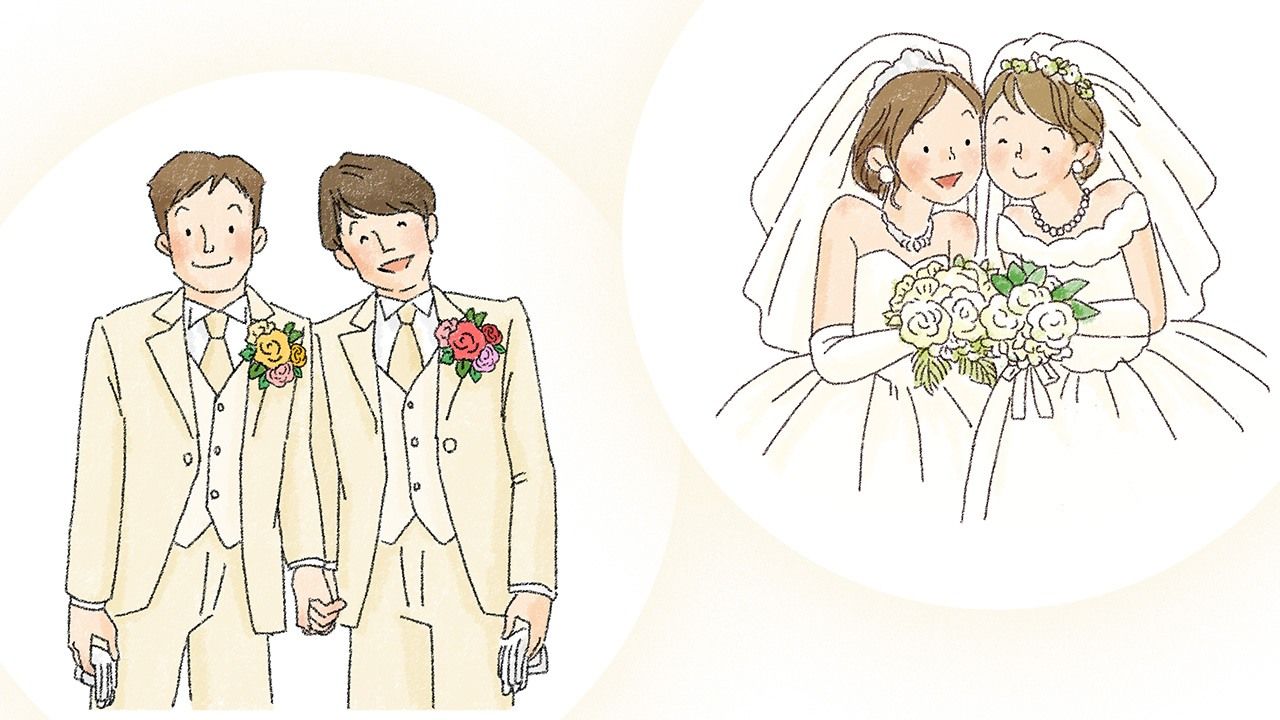 Gender and Sex Family Society Nov 18, 2020
More than 60 local governments in Japan recognize same-sex partnerships as being equivalent to marriage and have introduced systems for issuing certificates for couples.

It has been five years since the November 2015 launch of partnership certificate systems recognizing same-sex unions as equivalent to marriage in the Tokyo municipalities of Shibuya and Setagaya. A survey conducted by Shibuya and the nonprofit organization Nijiiro Diversity showed that 59 local governments nationwide had introduced the partnership system as of September 30, 2020 and 1,301 couples had applied for and been issued with certificates.

Although same-sex marriage is not recognized under Japanese law, local government-issued partnership certificates afford same-sex couples some rights, including being able to enter into certain types of life insurance, receive family discounts for mobile phone services, and be recognized as family when applying for residence in public housing. However, they have no access to the same legal rights as married couples, such as inheritance rights and tax benefits, so there are still issues that need to be overcome.

Local Governments with Partnership Systems and Number of Certificates Issued

© Shibuya municipal government and Nijiiro Diversity. All rights reserved 2020. Figures are as of September 30, 2020. 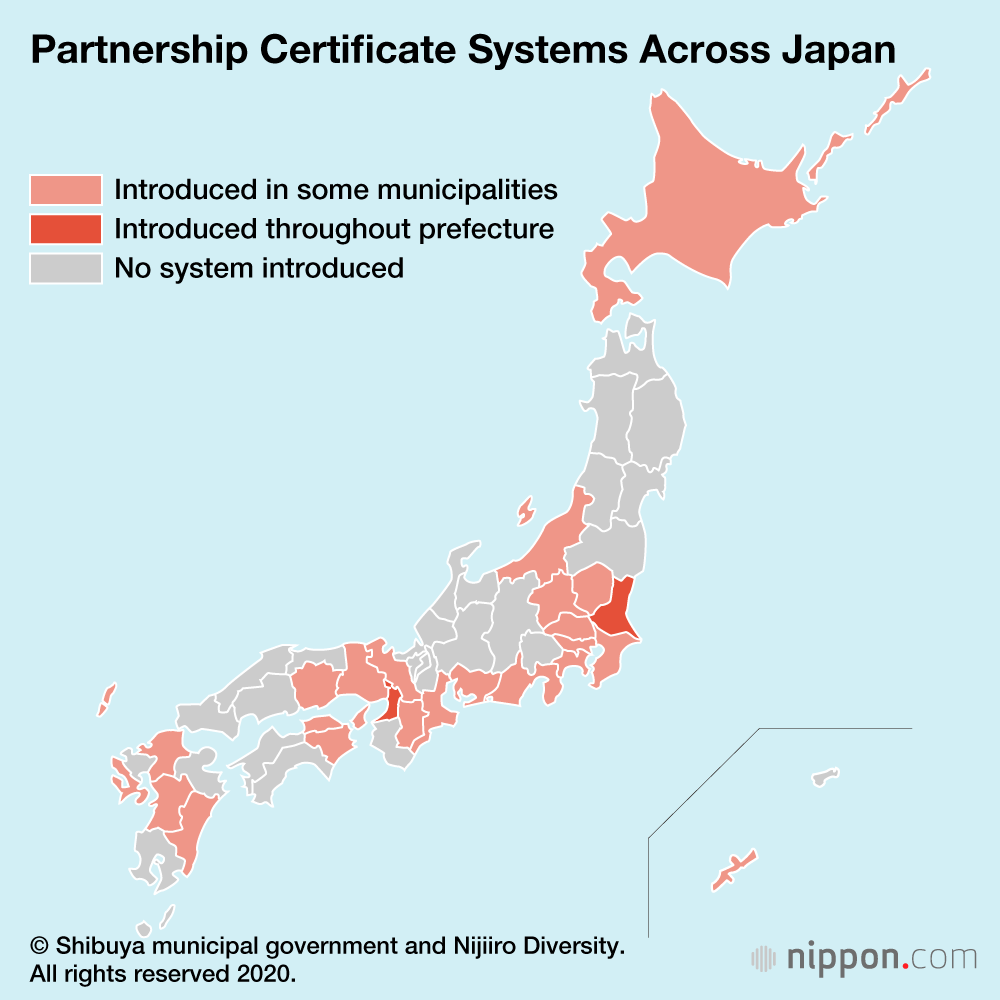 To date, no local governments in the Tōhoku region have introduced the system. This will change in December, however, as Hirosaki in Aomori Prefecture is set to be the first in the area to do so. Research by Same-Sex Partnership Net Japan shows that the following local governments are preparing to introduce the system within the next year.

Created by Nippon.com based on data from Same-Sex Partnership Net Japan.