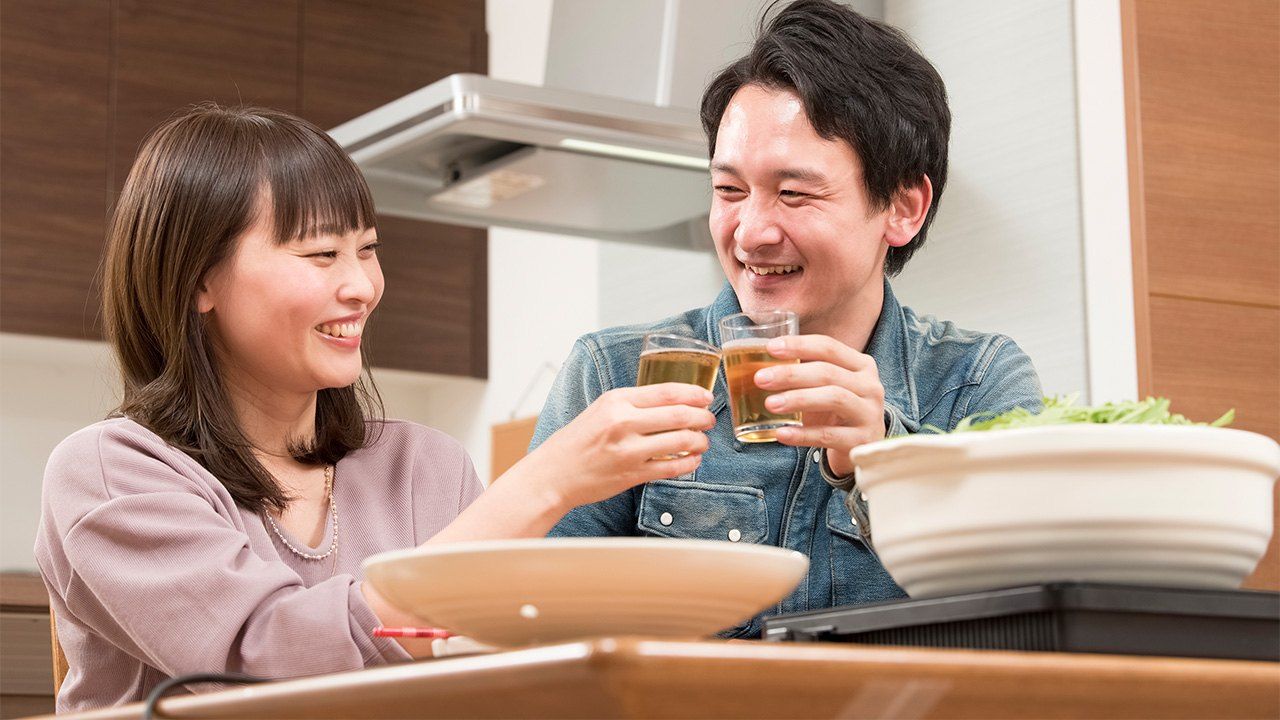 Family Society Lifestyle Oct 19, 2020
The COVID-19 pandemic has led to an increase in people drinking from home, with younger people especially trying out online parties.

Many have been spending a lot more time at home during 2020, due to COVID-19. During the state of emergency in Japan, people were asked to refrain from going outside too often, and even after it was lifted, more and more companies have been shifting to telework. 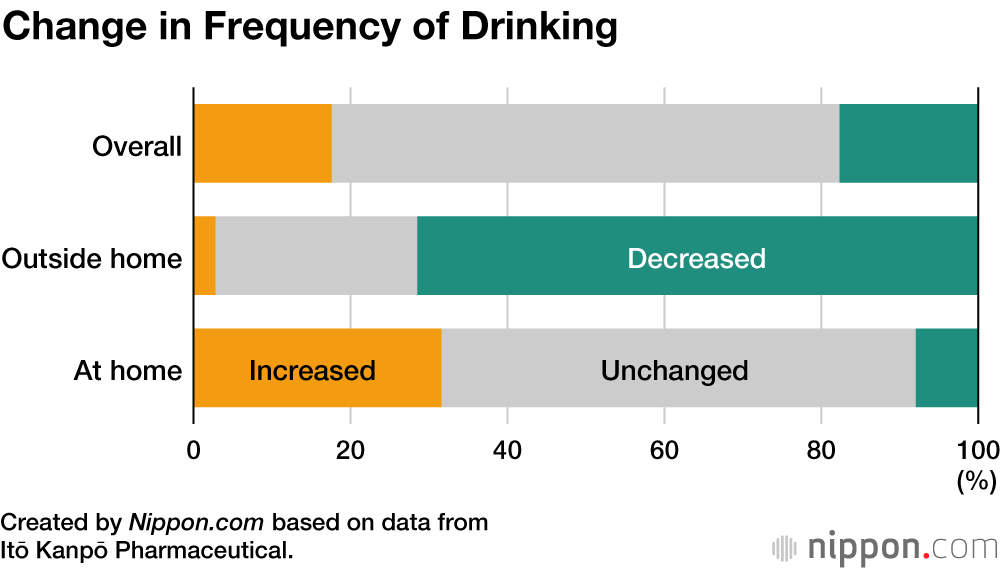 As well as avoiding the coronavirus, common reasons among many survey respondents for drinking more often at home included the comfort, lower cost, and lack of hassle.

Comments included the following: “I talk more often with my spouse and this has brought us closer together”; “It’s fun to unwind at home with a drink and enjoy my favorite snacks”; “I can spend more time at home with my daughter over the weekend now and we can enjoy talking about all sorts of things over a drink.” 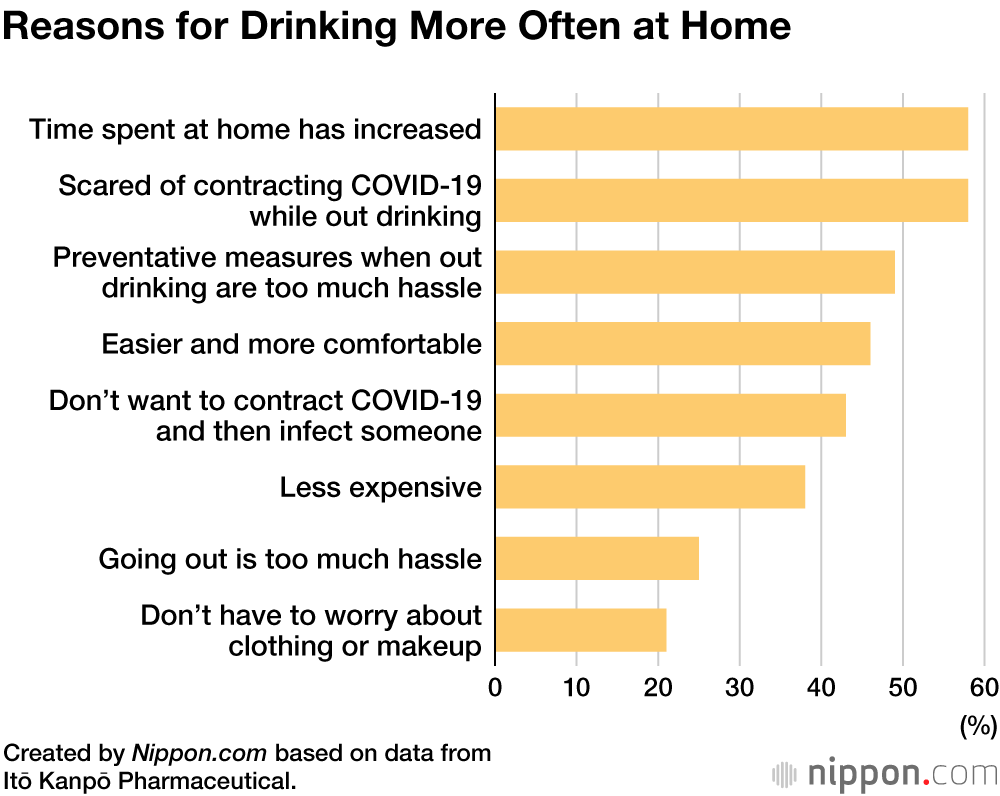 A quarter, or 26.4% of respondents, said they had taken part in online drinking parties, using Zoom or similar services. Online drinking is more common among the younger generation, with 61.0% of women in their twenties having tried it. The most common merits mentioned by survey respondents were that it allowed them to have a drink with friends and acquaintances living far away and that they did not have to worry about the time. One problem identified, however, is that drinking sessions online can drag on, leading some people to drink more than they had before. 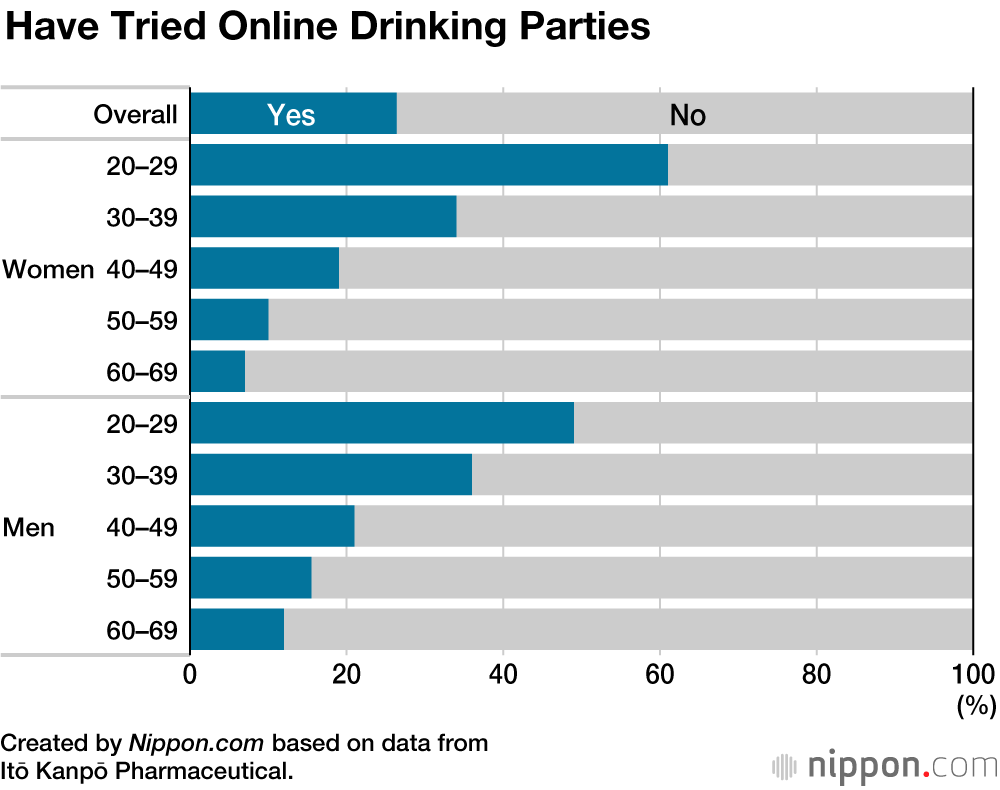