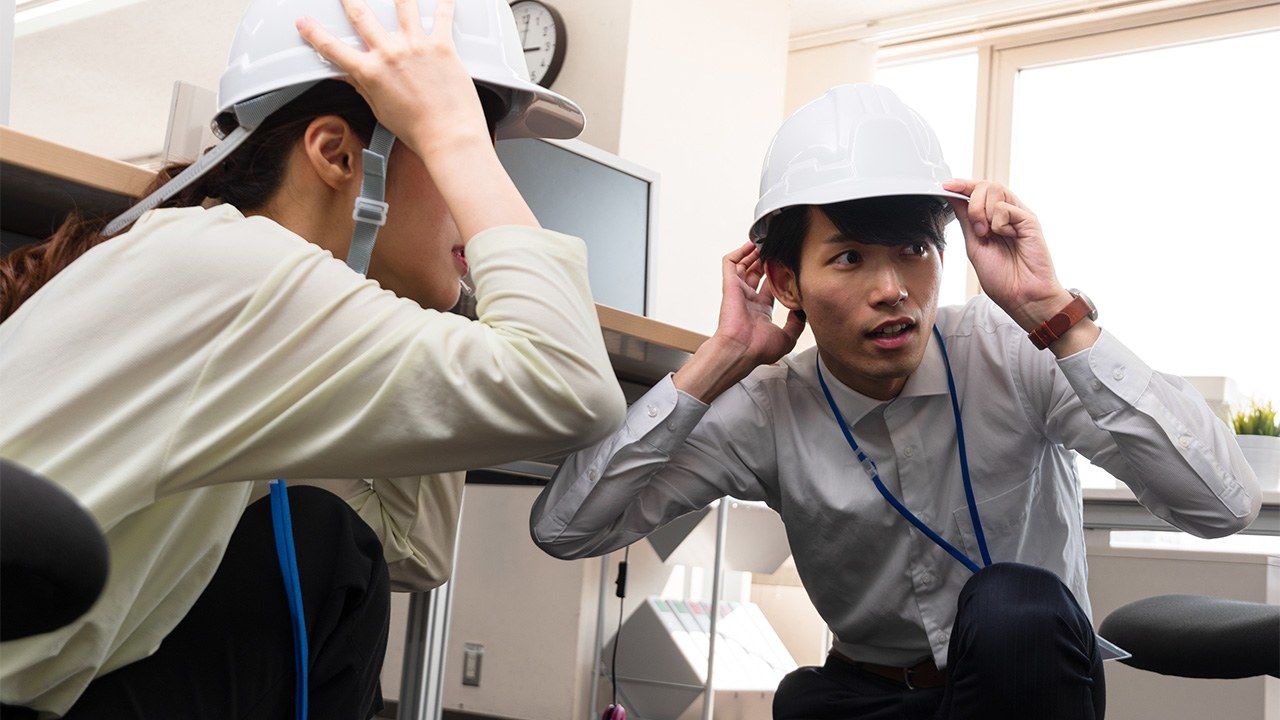 Society Work Disaster Dec 9, 2020
While many companies recognize the potential for natural disasters to occur without warning, they may not have made the necessary preparations.

Japan is a nation beset by many natural disasters, including earthquakes, typhoons, and volcanic eruptions. Teikoku Databank surveyed 23,695 companies regarding whether they were taking measures to prepare for such disasters and of the 11,448 that gave valid responses, 36.9% said that they were in the process of implementing them. A greater proportion of large companies were making preparations at 54.9% compared to 33.0% of medium and 25.7% of small companies. Among the comments, a cardboard manufacturing company in Aichi Prefecture stated that while it knew taking measures was necessary, it did not have the staff or time, so it was difficult to implement.

In general, more companies based along the Pacific Coast, where major earthquakes are expected to occur, were taking measures. In particular, four prefectures stood out where more than 45% of companies were making efforts to prepare: 47.7% in both Kōchi and Miyazaki, 47.6% in Wakayama, and 45.5% in Tochigi. 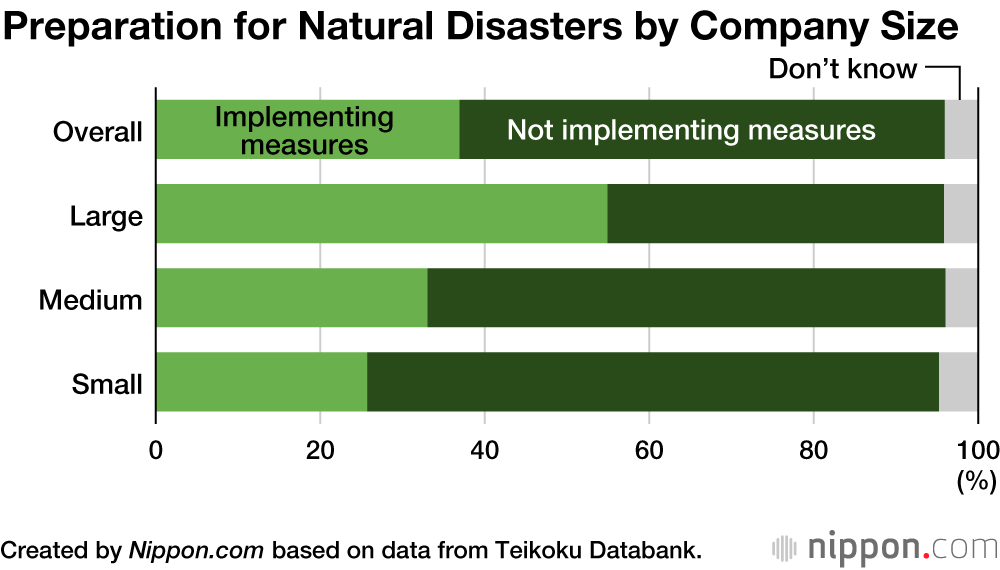 When companies were asked which natural disaster they were most concerned about, the majority, at 55.0%, answered that it was earthquakes. Flood damage (including from rivers and other bodies of water overflowing and inundations caused by heavy rain) was the second highest concern for 19.5% and then wind damage (from typhoons and tornadoes) with 9.1%. 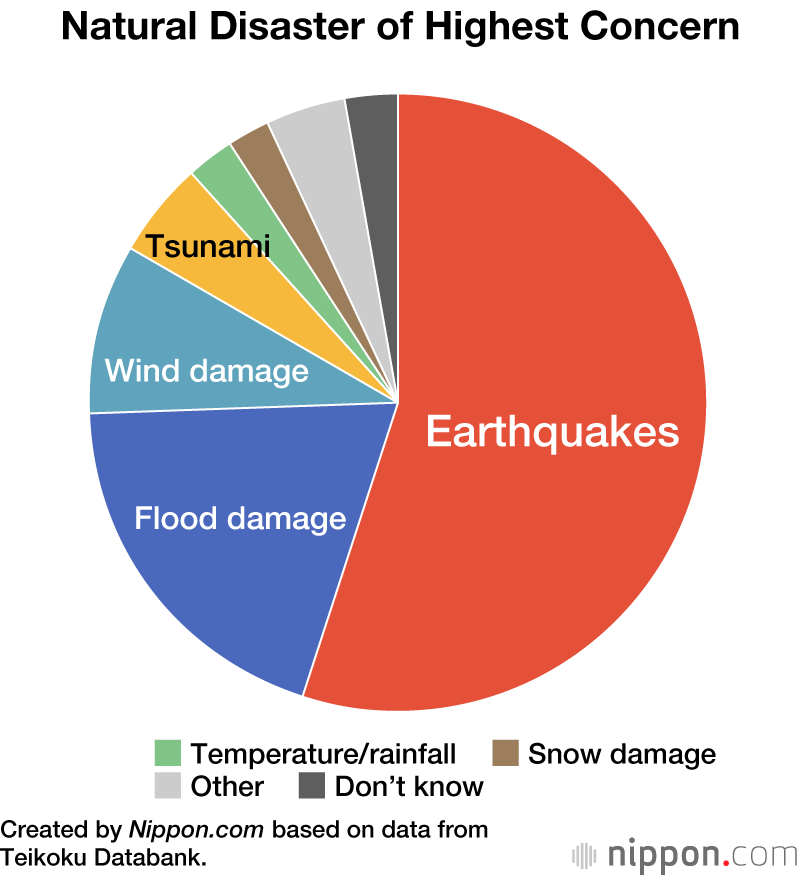 The main natural disaster preparation measures that companies were taking included maintaining an internal contact network (61.5%), purchasing equipment for emergencies (45.4%), and keeping a stock of drinking water and emergency food (42.8%).