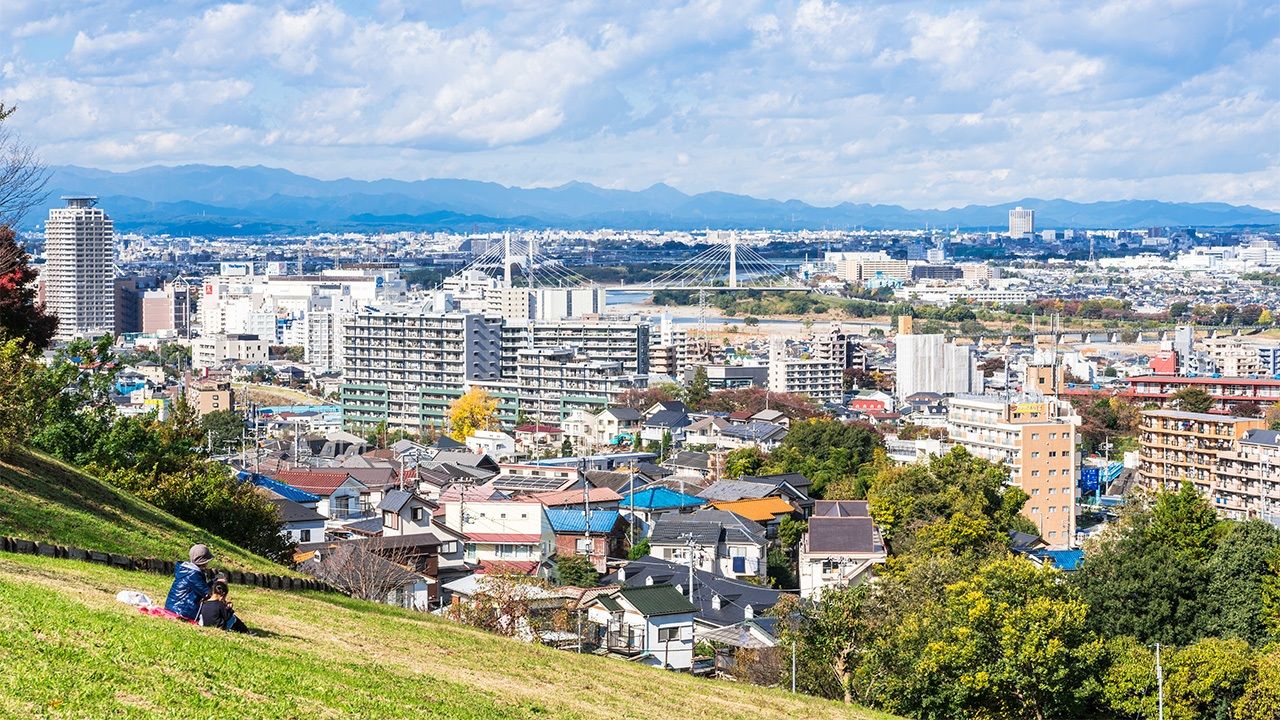 Economy Society Dec 10, 2020
The pandemic has led to the introduction of working from home and staggered work times at many companies, which seems to have diminished the need or desire for many to live in Tokyo.

An internal migration report by the Ministry of Internal Affairs and Communications (MIC) has shown that in October, 30,908 people moved out of Tokyo to other prefectures. This was an increase of 10.6% from the same period in 2019. Meanwhile, people migrating into the city fell by 7.8% to 28,193, equating to an excess outflow of 2,715. Tokyo has long drawn people in from smaller communities around the country, feeding a steady growth in the metropolitan population. However, the COVID-19 pandemic, which has brought many lifestyle changes, now seems to be affecting population movement too.

Each March in an average year sees a huge inflow into Tokyo coinciding with the start of the new work and school year, along with work transfers, and this increase usually continues into April. In 2020 though, while a similar-scale influx to other years could be seen in March, this dropped considerably in April. The announcement of the state of emergency led many companies to postpone employee transfers, while universities shifted over to conducting lessons remotely online, so people are thought to have delayed their moves to the capital.

In May, the first net population outflow was seen since the MIC began collecting statistics on internal population migration for all residents in 2013. Despite a temporary reversion to a higher inflow in June, the four months from July to October all recorded a net outflow again. Now that companies have introduced working from home and staggered work times, it seems more people are starting to favor spacious living over short commutes. 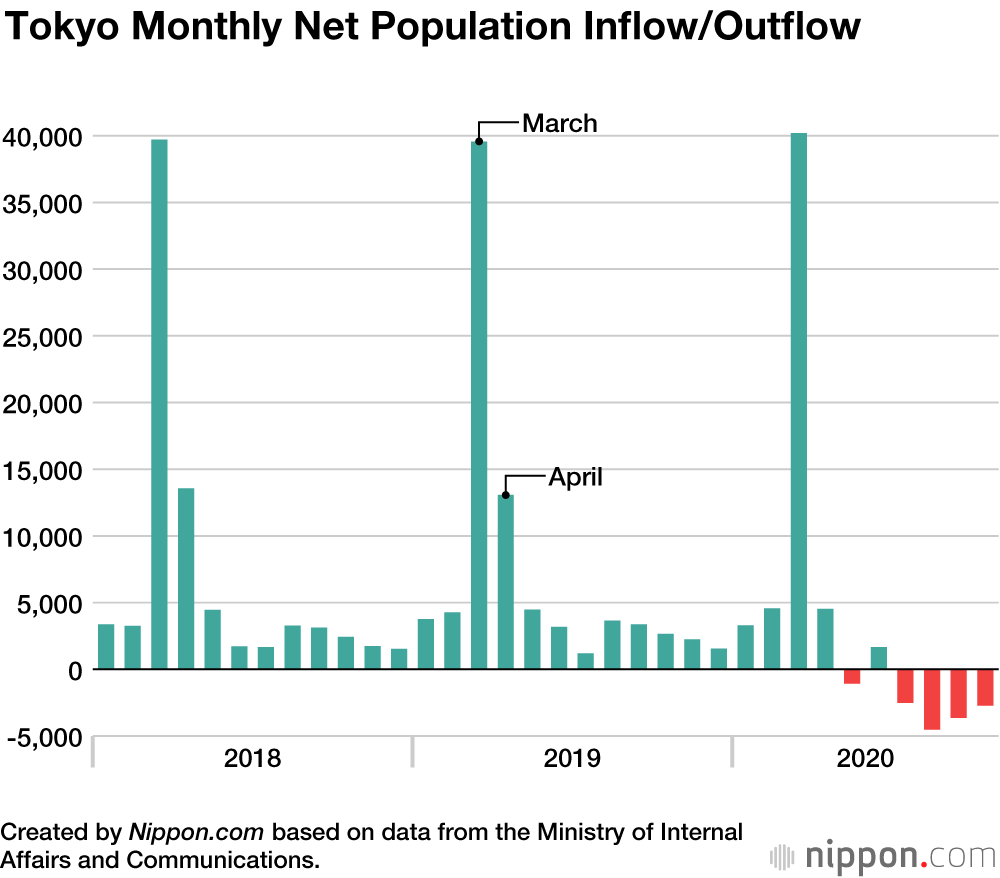