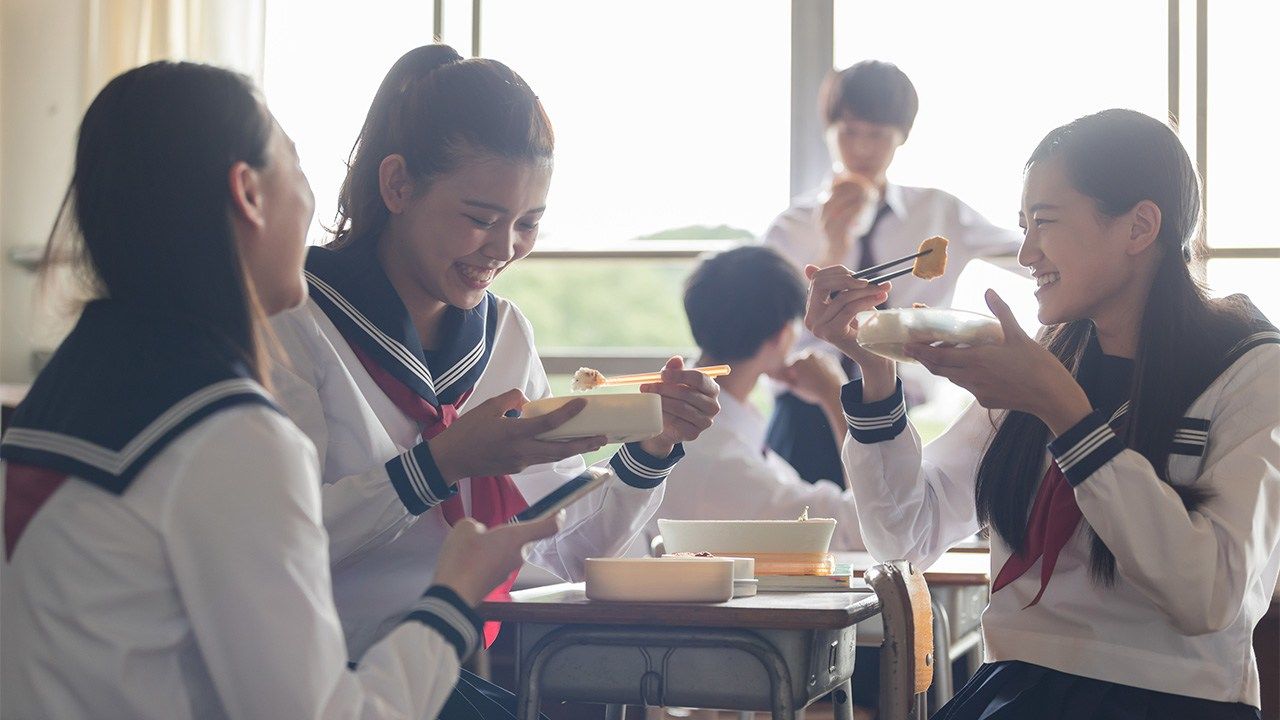 Food and Drink Family Society Culture Lifestyle Dec 15, 2020
Japan has a low level of food self-sufficiency, but a survey of high school students found few willing to consider eating insects to raise it.

In fiscal 2019, Japan’s food self-sufficiency on a calorie basis was 38%. The government has set the target of raising this to 45% by fiscal 2030, but with fewer people engaging in farming as the farming population ages, the path toward achieving that goal is unclear.

A survey of 1,000 teenagers aged 17 to 19 conducted by the Nippon Foundation found that 59.8% of respondents said the country’s low self-sufficiency was a problem, while 10.9% said it was not a problem.

The most frequently cited reason among those who view low food self-sufficiency as a problem was the “inability to respond in the event of a food shortage,” mentioned by 77.9%, followed by 47.8% who pointed to the “possibility for food distribution to be halted depending on the international situation” and 30.1% who were “concerned about a worsening food situation resulting from changes in the environment.” Multiple answers were allowed. 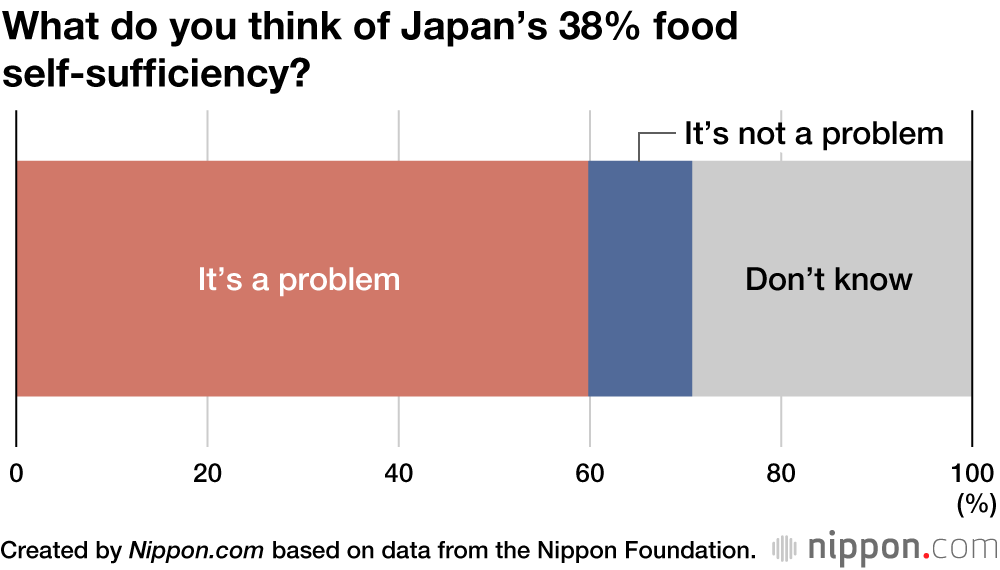 Interest has been growing in the field of food tech, which has been seeking ways forward on a variety of issues by using technology to develop new foods or discover new methods of preparation. However, when asked how to address food insufficiency, the most common answer, at 23.6%, was to “restructure primary industries,” whereas awareness of areas related to food tech were relatively low, with 11.2% mentioning “technical developments to raise food productivity,” 5.1% pointing to “new investment in the food sector,” and just 2.2% raising the issue of “creating alternative sources of protein.” 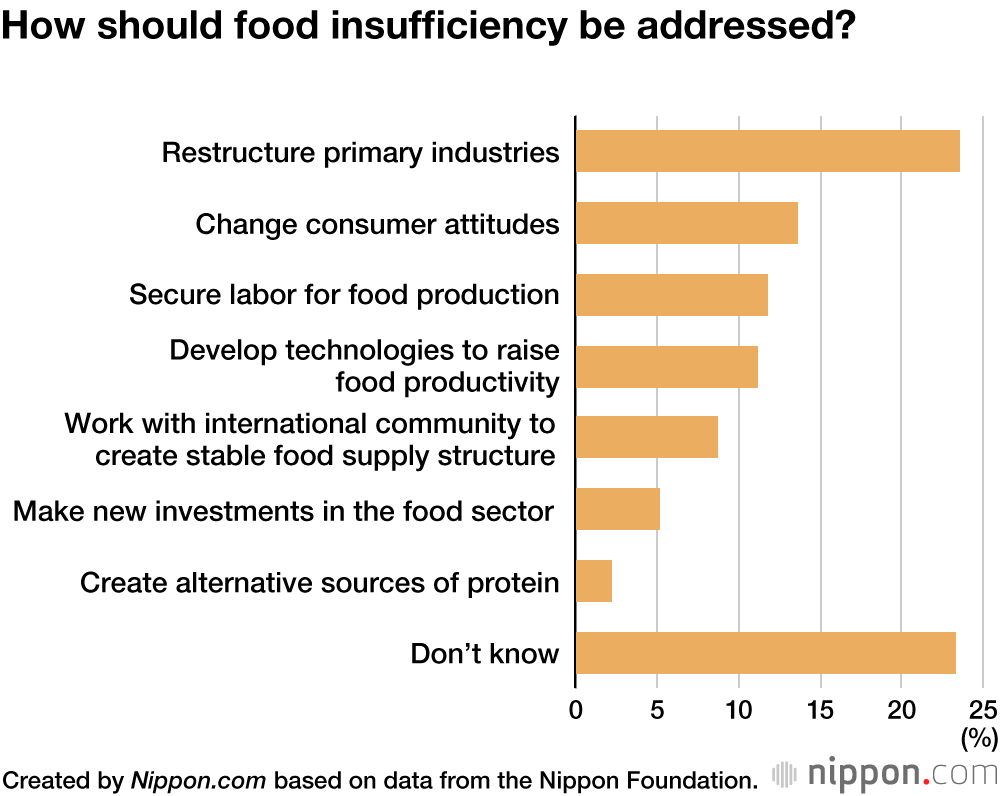 Some suggested alternative sources of protein include soy-based and other meat analogues or “fake meat,” and insects. Once, insects were eaten across Japan, although today only a few areas still have local culinary customs of eating bee and wasp larvae or rice grasshoppers boiled in soy sauce. When asked if they would be willing to try eating insects, 83.8% of the teenagers surveyed answered “no.” 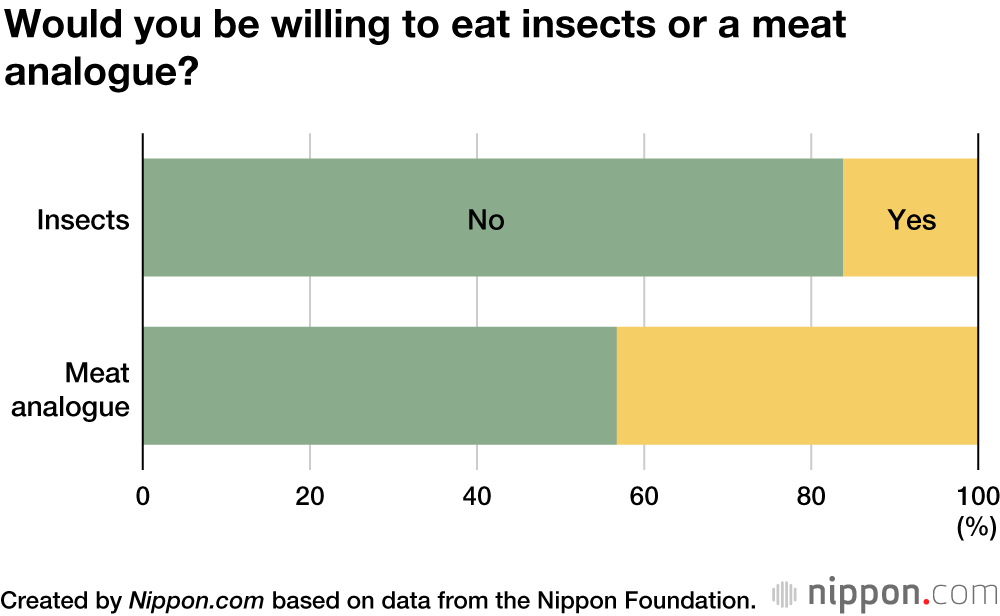