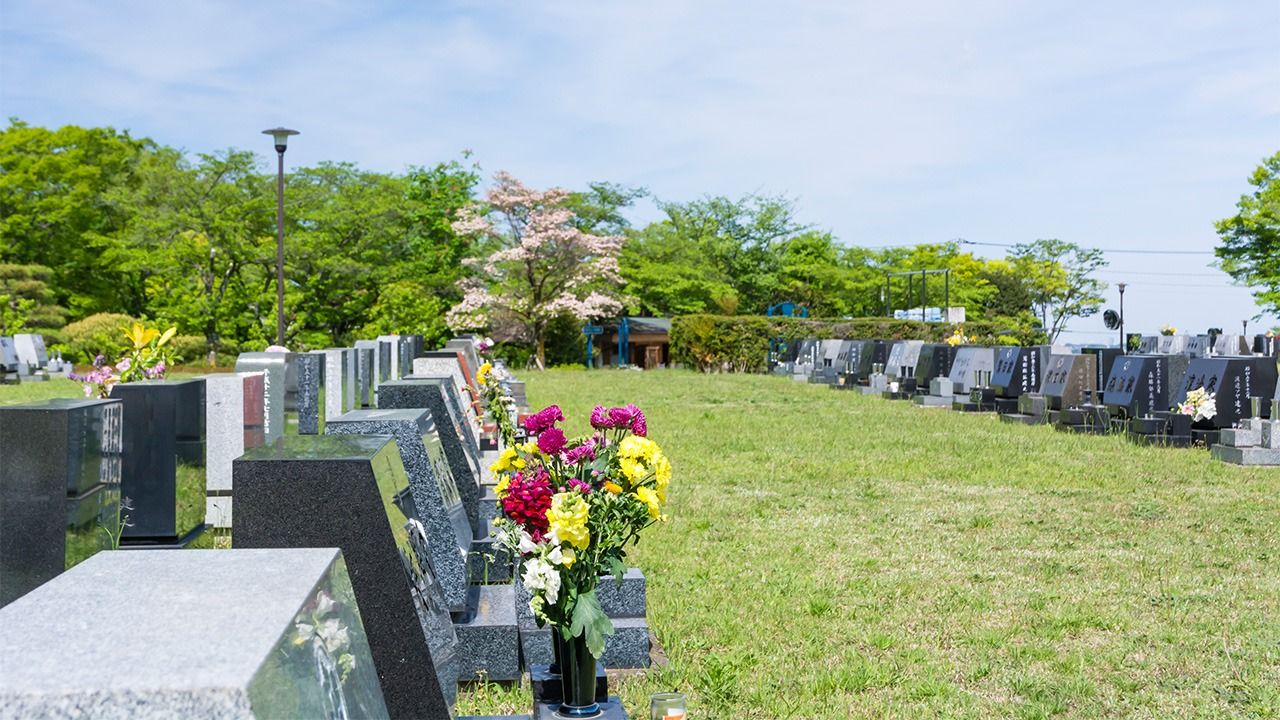 Economy Society Lifestyle Dec 21, 2020
Traditional graves with tombstones are becoming less popular in Japan compared with other options like burial under a tree or putting bones remains in an ossuary vault.

There are many investments to be made in life, but the last major one will most likely be a grave plot.

When the Japanese company Kamakura Shinsho, which provides end-of-life planning services, conducted an Internet survey (828 valid responses) for people who purchased grave plots in 2019, it found that interest in traditional graves with tombstones is waning. 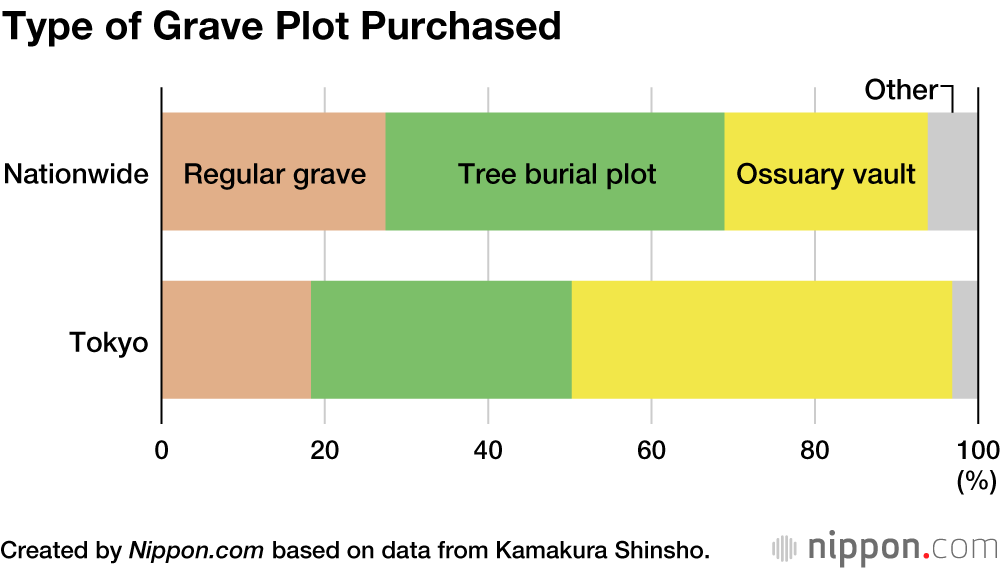 The average price for a regular grave is ¥1,761,586, while a tree burial plot costs ¥687,791 and an ossuary vault is ¥876,699. The price of a tombstone means a regular grave is more than twice as expensive as other plots. In Tokyo, regular graves cost on average ¥2,103,704, or more than ¥340,000 higher than the national average, due to the land price being included, which in turn depends on the location and size of plot. 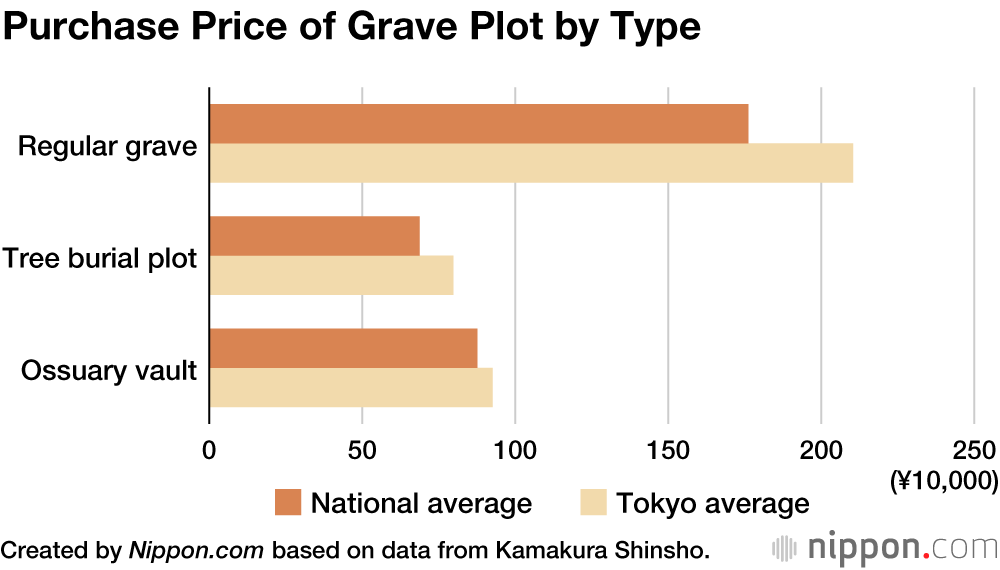 When buyers of regular graves were asked if they had someone who could visit and manage the plot after they had passed, although 72.7% nationwide said they had, it also meant that one in four graves were at risk of becoming untended. This ratio fell even lower in Tokyo to 62.9%. 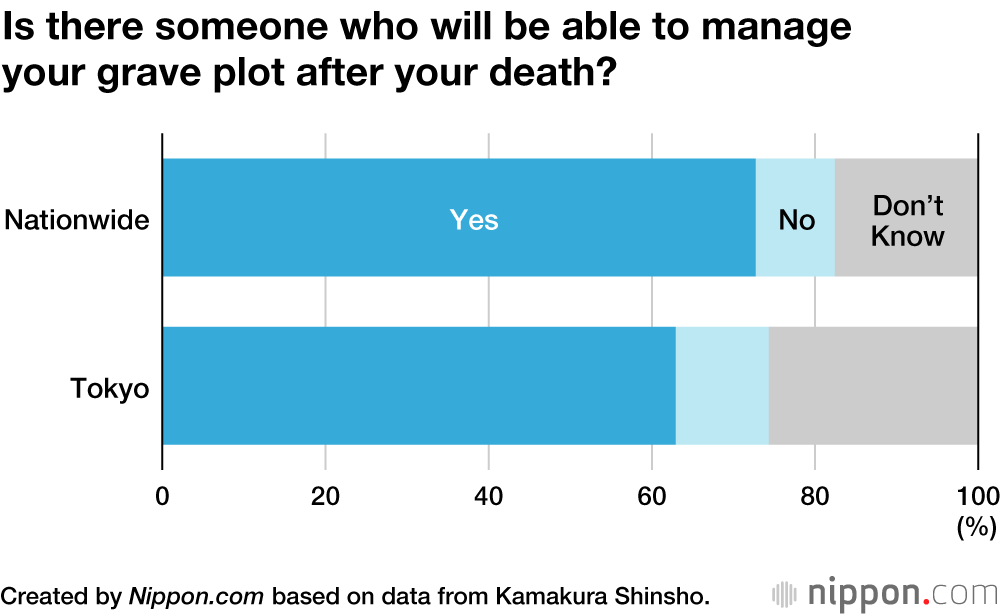