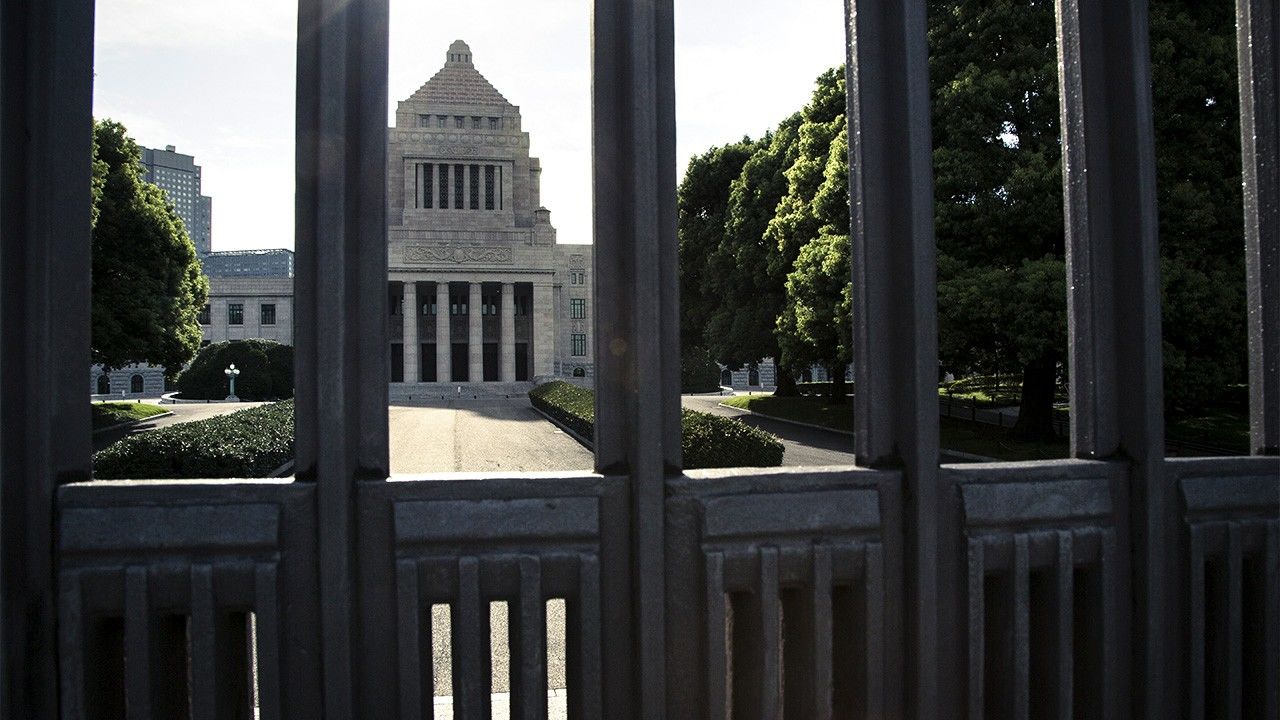 On December 15, the cabinet approved the Japanese government’s third supplementary budget for fiscal 2020, totaling ¥15.4 trillion. While government spending has expanded due to the additional economic policies enacted to respond to the COVID-19 pandemic, tax revenue has shrunk amid the economic slowdown.

To bridge that gap, the government has taken on more debt by issuing Japanese government bonds. Total spending for fiscal 2020 will expand to ¥175.7 trillion. The third supplementary budget will be submitted to the ordinary Diet session in January 2021 with the aim of enacting it the same month.

The initial budget for fiscal 2020 included the issuance of ¥32.6 trillion in JGBs, but that amount was increased by 3.45 times, to the new record high of ¥112.6 trillion, as a result of the three supplementary budgets. The ratio of JGB issuance to general account revenue, known as the “bond dependency ratio,” was 31.7% under the initial budget plan, and then rose steadily under each of the supplementary budgets, through 45.4% and 56.3% to 64.1%. This percentage exceeds the 52.1% for the fiscal 2009 budget during the global financial crisis.

The recent increase in infections amid the third wave of the pandemic has increased pressure for greater government spending, making it certain that the fiscal 2021 budget will surpass the record-high draft budget of ¥102.7 trillion for fiscal 2020. The massive government spending is creating a debt burden for future generations. Given Japan’s aging and shrinking population, reviving fiscal discipline will be no easy task. 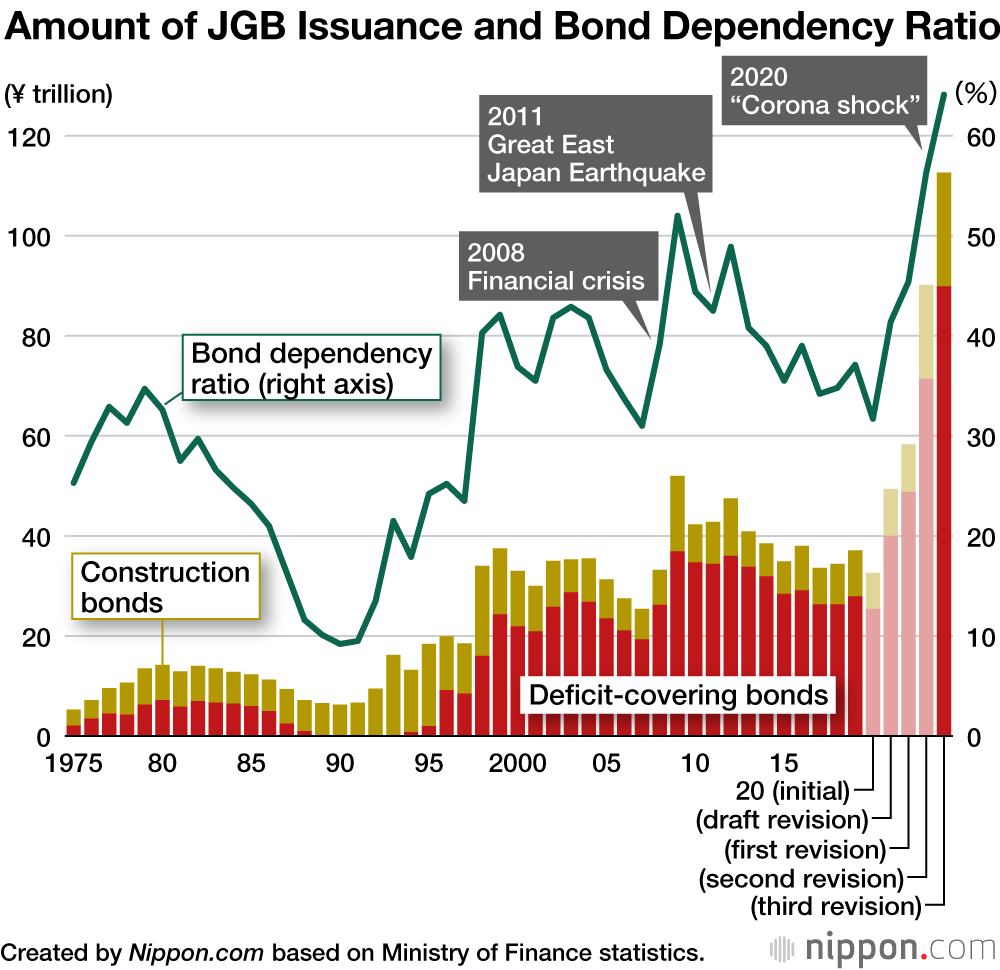