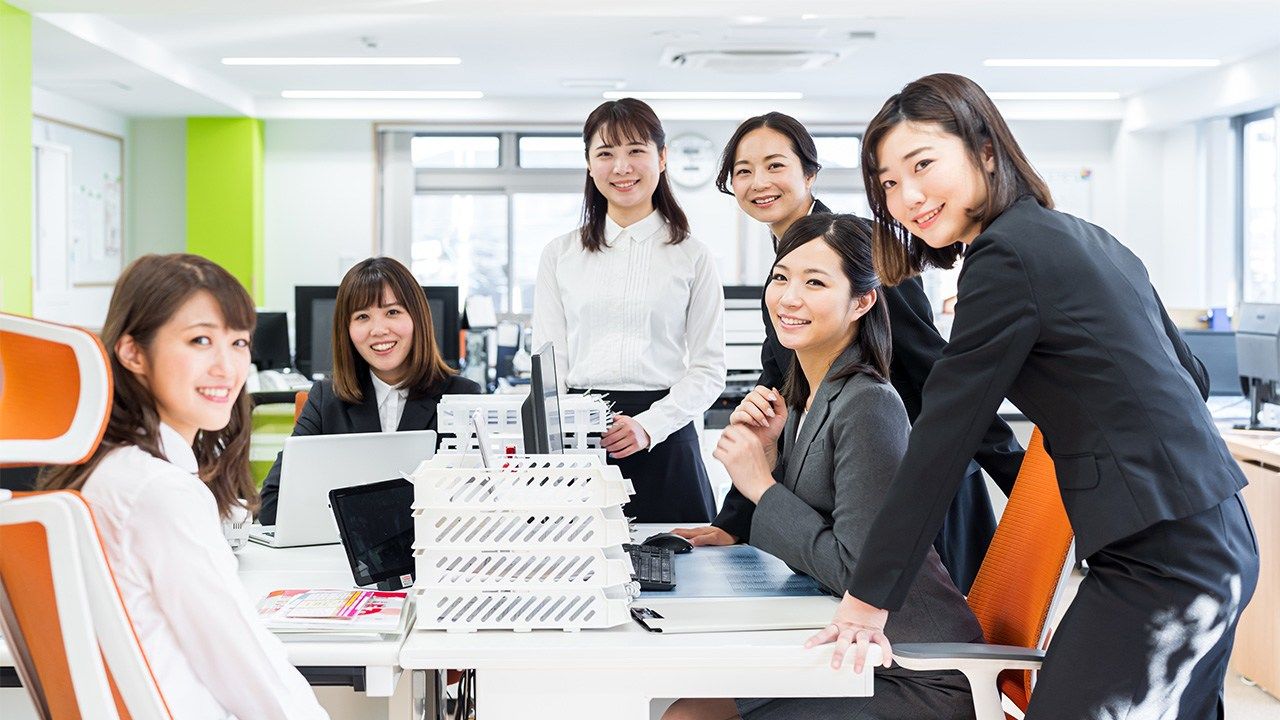 How do women see this situation? In a survey aimed at 10,000 women aged 18 to 69, conducted by the Nippon Foundation, 62.2% answered that they felt the ratio was low. On the other hand, 31.6% thought that there was no need to focus on the ratio between men and women. Nearly 70% of those educated to university and graduate school level replied that the ratio was low. This was a considerably higher ratio than for high school and junior/technical college leavers who answered similarly. 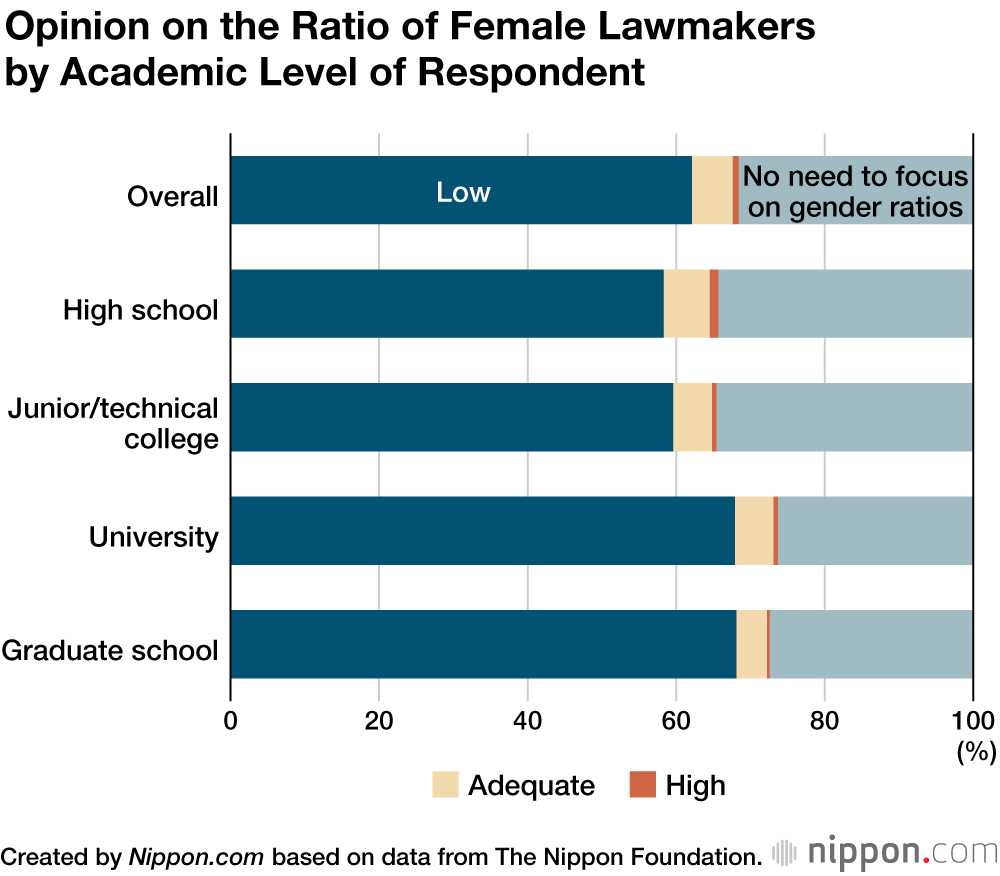 For the multiple-choice section on reasons why women are not making headway into politics, the most popular response with 34.5% showed women believed it was difficult to balance Diet member activities with family life. A further 34.0% felt there was an attitude that politics is for men.

The free comment section though included a number of negative opinions about women’s abilities, including answers like “men are superior because they have logical thinking” from a nonregular worker in her thirties and “many women are emotional and not clever” from a nonregular worker in her forties. The Nippon Foundation commented that there is a need for women to change how they think about themselves. 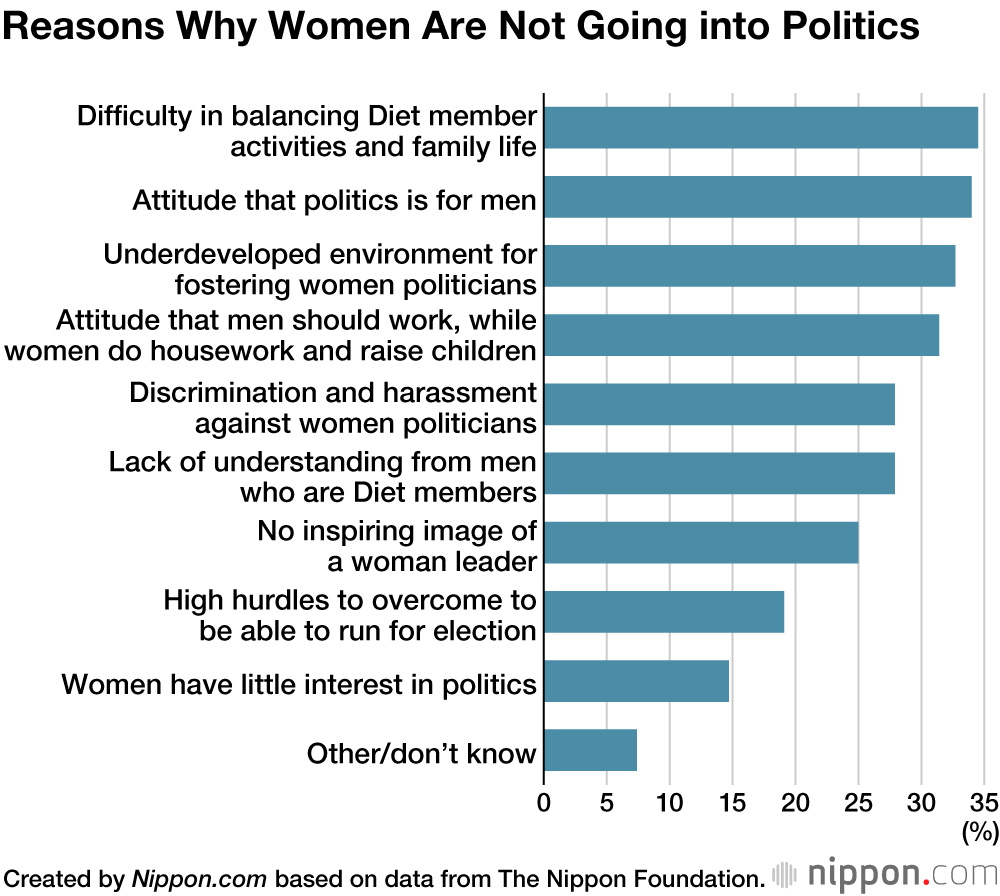 When asked if it was necessary in the future to increase the number of women politicians in Japan, 63.7% said yes, a much larger ratio than the 4.9% who said it was not. 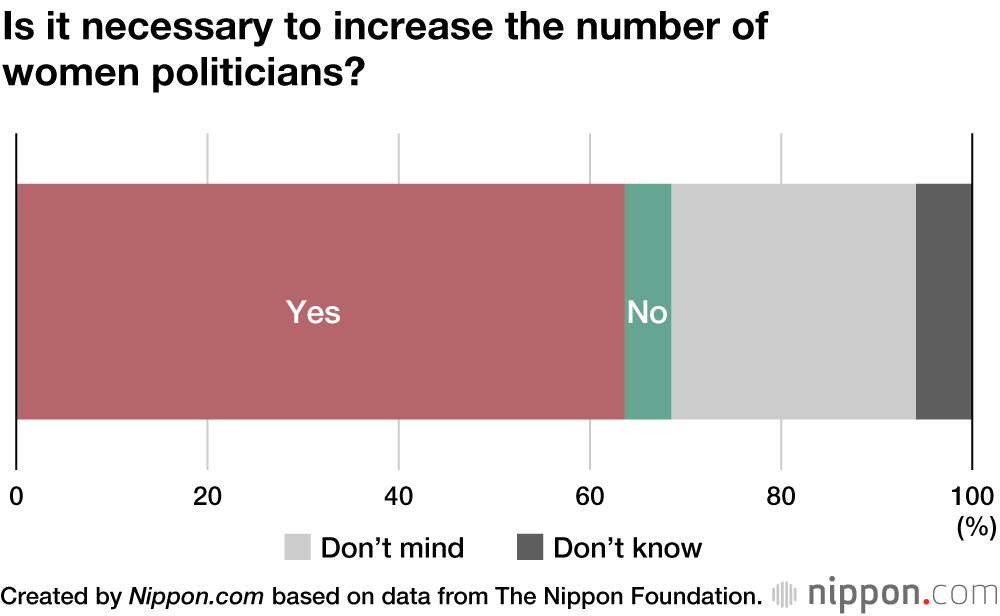 In some other countries, there has been action to eliminate the gender gap in politics by introducing quota systems, where a percentage or number is set for women candidates, or gender parity, where men and women are alternated on the candidate list to achieve proportional representation. When respondents were asked about their opinion of introducing these types of system in Japan, 35.5% were in favor. While this was significantly higher than the 14.1% that disagreed, it was still lower than the majority who said they were not sure.

Of those who disagreed, more than half, with 53.5%, said that people with the appropriate abilities should be politicians and felt it inappropriate to set numerical targets. 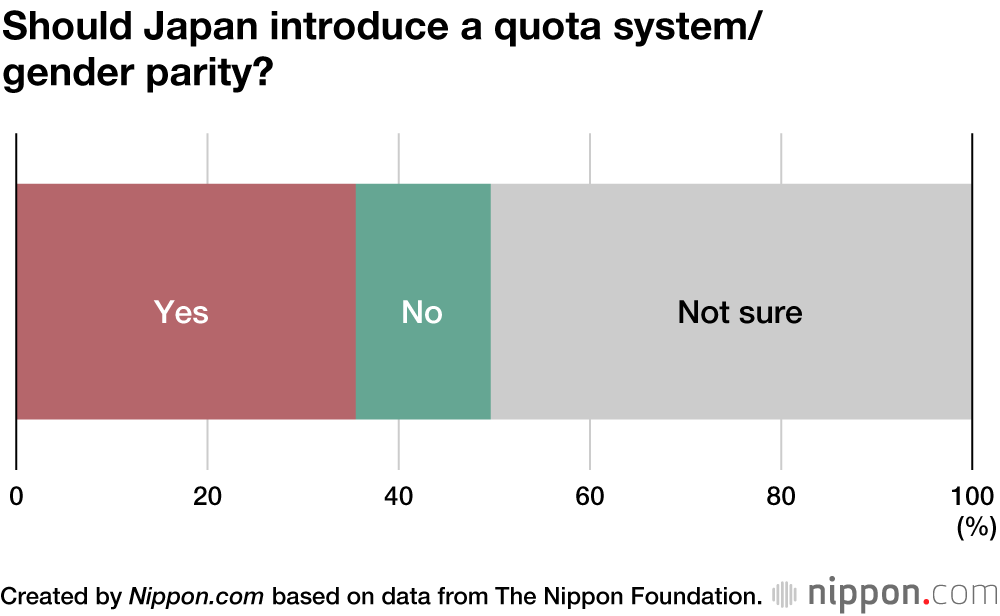 Even adding together the 2% of respondents who said they would want to become a politician in the Diet or local assembly and the 6% who had some interest, less than 10% felt inclined to do so. Motivation among those who had reached graduate school level was slightly higher at 14%. 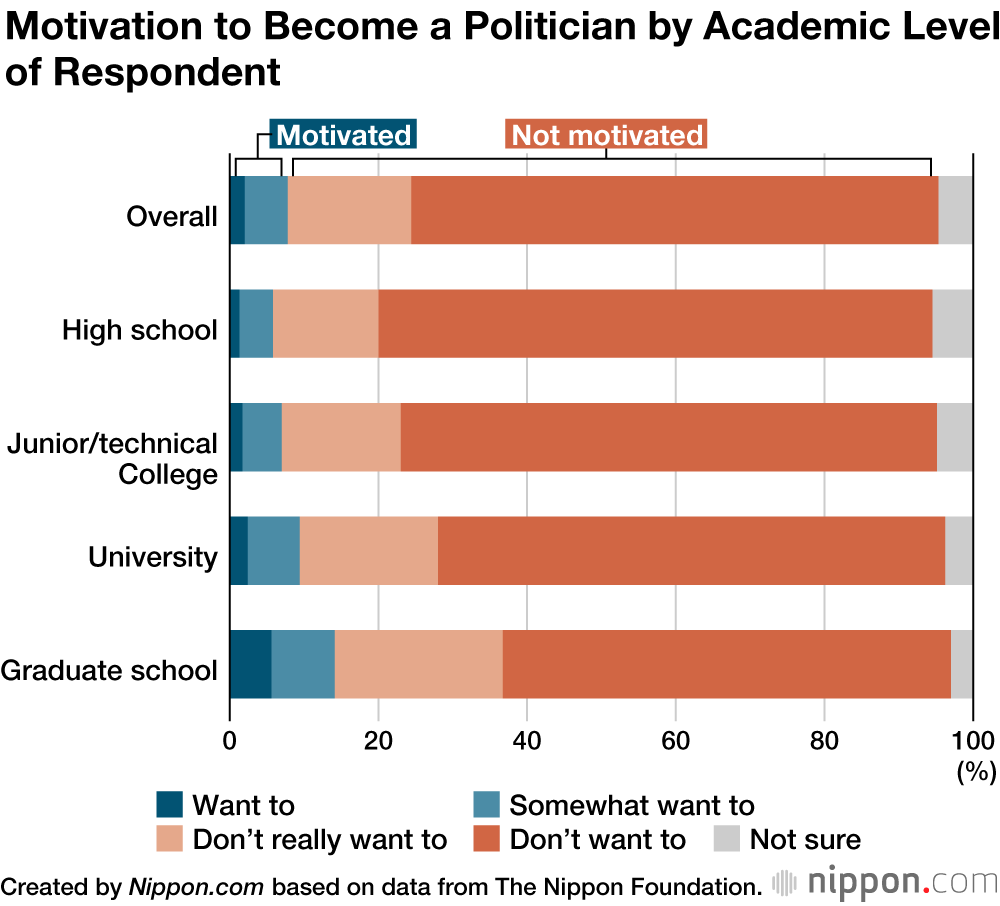