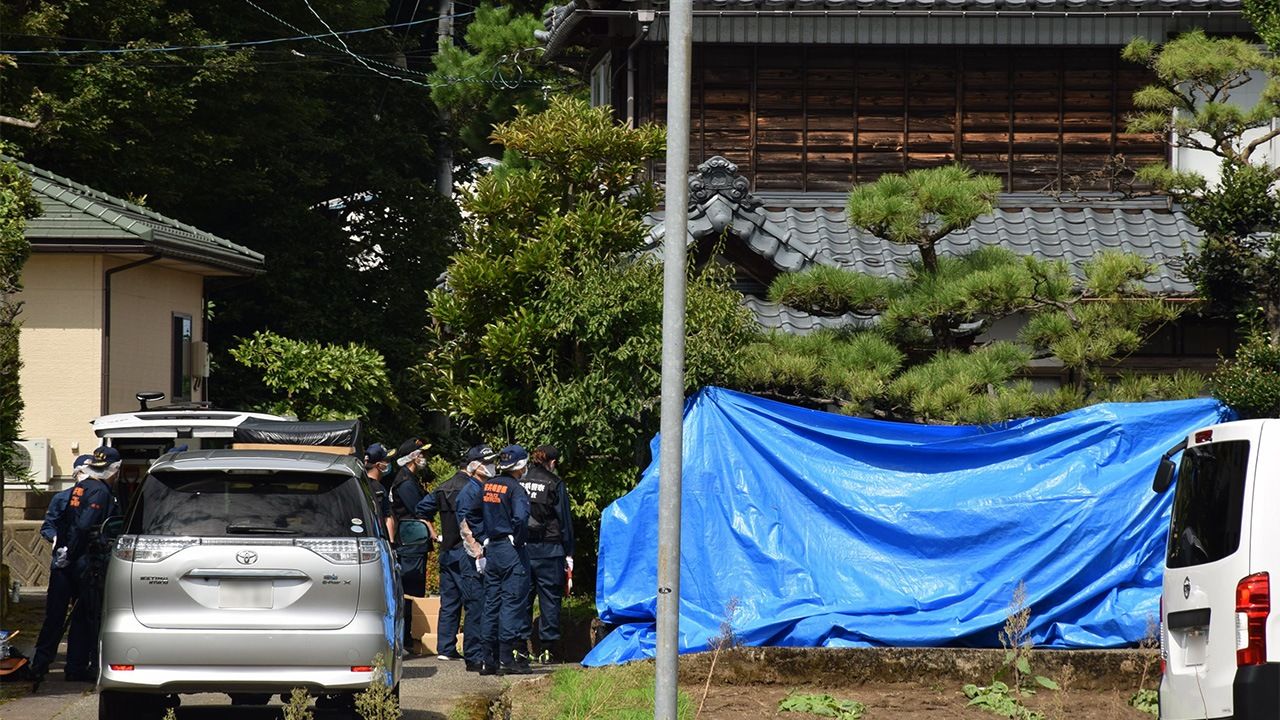 Crime at New Low in Japan, But Seniors Commit 22% of Offenses

Society Jan 12, 2021
The figure for reported crimes in Japan fell to its lowest point on record in 2019.

A Ministry of Justice 2020 white paper on crime has shown that Japan’s figure for reported criminal offenses fell from the previous year by 8.4% to 749,000 cases. Crime statistics peaked in 2002 at 2.85 million cases, but have fallen continuously for the past 17 years. The figure this time was the lowest on record since the end of World War II.

Thefts accounted for more than 70% of criminal offenses committed and it is the continued fall in the number of burglaries and bicycle thefts that has led to the overall drop in crime statistics. The widespread use of security cameras is thought to be behind this shift. 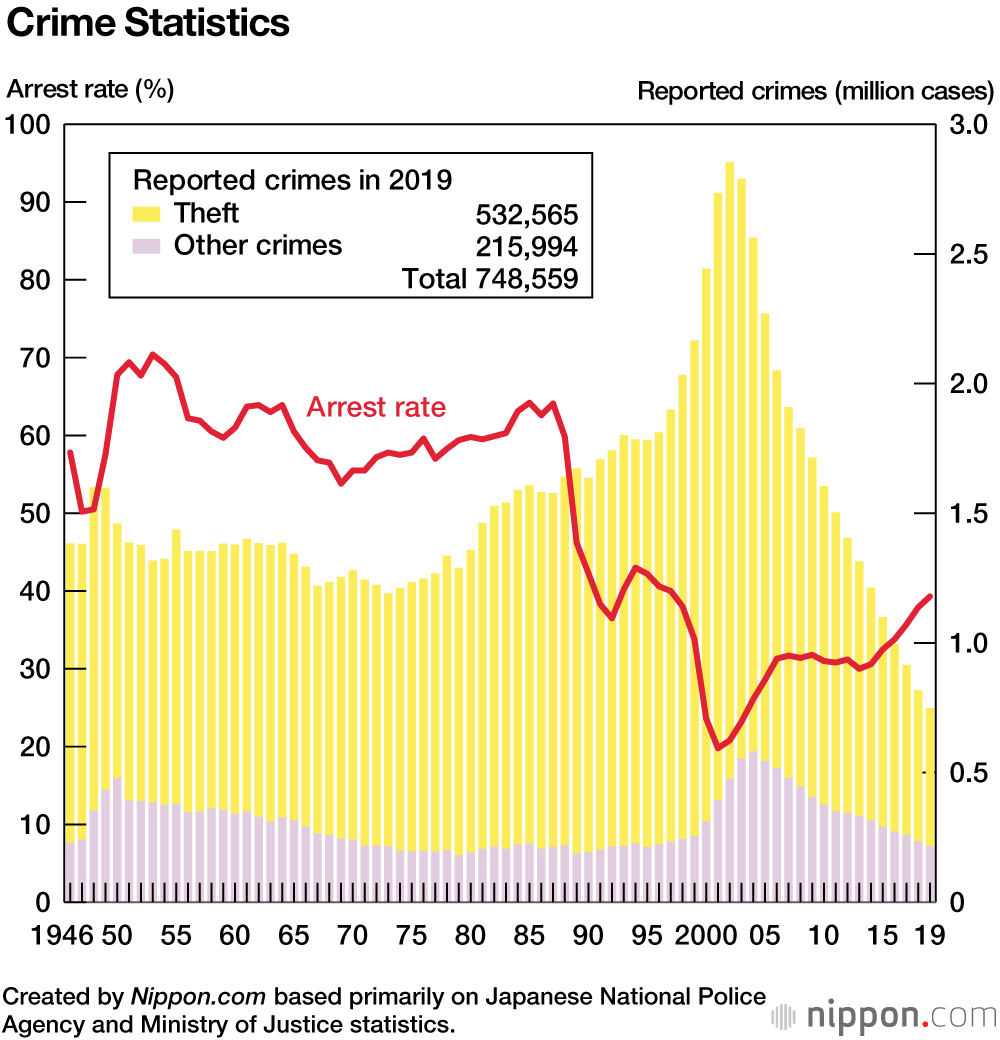 The number of people arrested for criminal offenses in 2019 was 192,607, a decrease of 6.5% from the previous year. Of those arrested, 42,463 were 65 years or older. Even though arrests of seniors dropped by 5.1% compared to 2018, the overall increase in the senior population and decrease in arrests for other age ranges led to the worst ratio on record for senior offenders of 22.0%.

Shoplifting accounted for more than half (52.4%) of crimes committed by seniors. Other crimes in this age group included robberies (17.6%), injuries/assaults (14.2%), and embezzlement (5.4%). On average in all age ranges, shoplifting stood at 28.7% and other thefts were 20.1%, in a clear indication that theft is high among senior offenders. Shoplifting offenses committed by senior women had a particularly high rate at 75.6%. 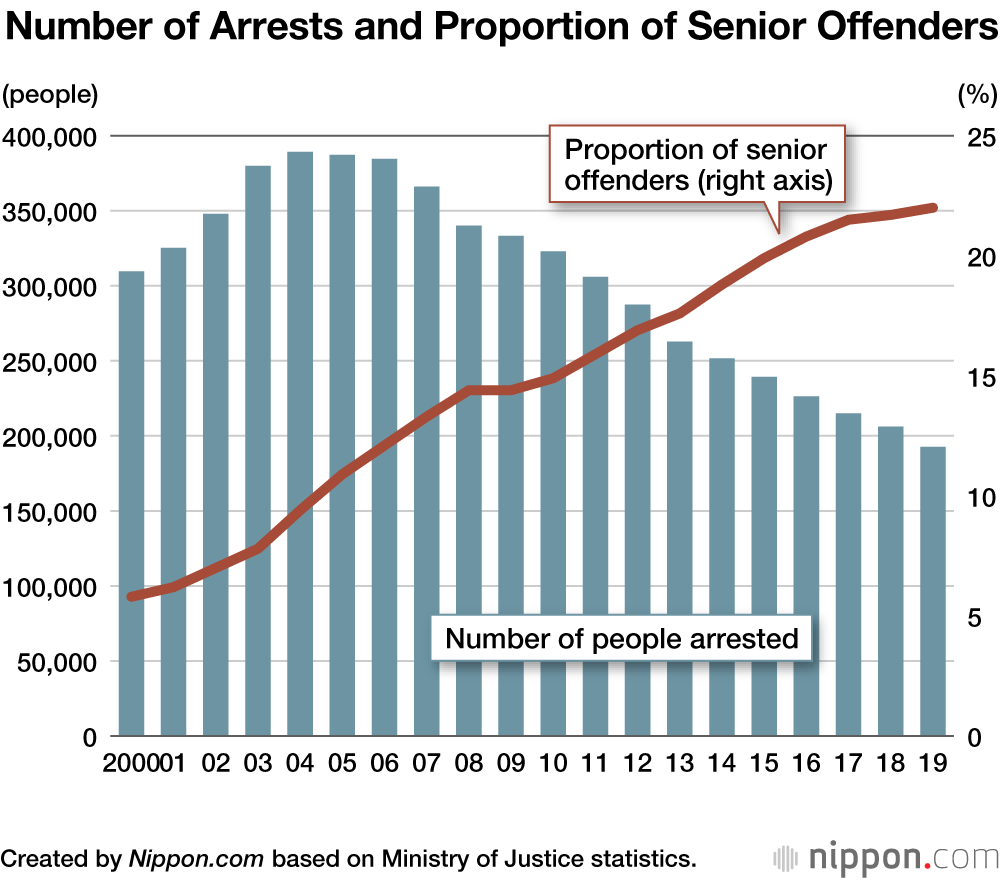 Of those arrested, 93,967 were repeat offenders, accounting for 48.8% of total arrests. The figure for repeat offenders hit a high in 2006 with 149,164. While this rate has been falling gradually ever since, the concurrent decrease in the number of first-time offenders means there has been no drop in the proportion of repeat offenders.

(Translated from Japanese. Banner photo: Investigators checking the area around a house in Fukui, Fukui Prefecture, on September 11, 2020, where the body of a high school girl was found. © Jiji.)