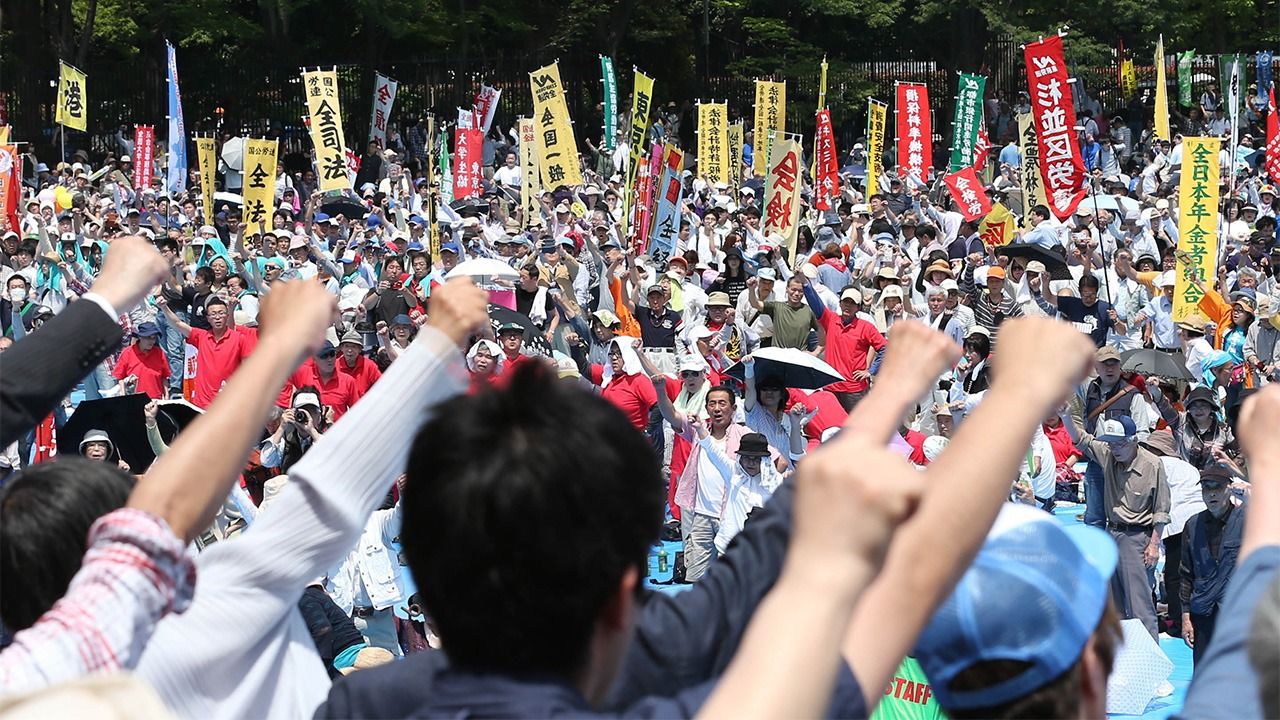 Society Jan 22, 2021
Worsened business conditions due to the COVID-19 pandemic have led to an increase in union membership in Japan.

A basic survey on labor unions in 2020 conducted by the Ministry of Health, Labor, and Welfare shows the provisional result that 17.1% of the overall Japanese workforce was organized within labor unions as of June 30, a year-on-year increase of 0.4 points.

This marks the first increase since 2009, and follows eight years in which the percentage of labor-union membership had set a new record low. It seems to be due to the rise in nonregular workers joining unions as employment opportunities diminish due to the worsening of business conditions amid the COVID-19 pandemic. 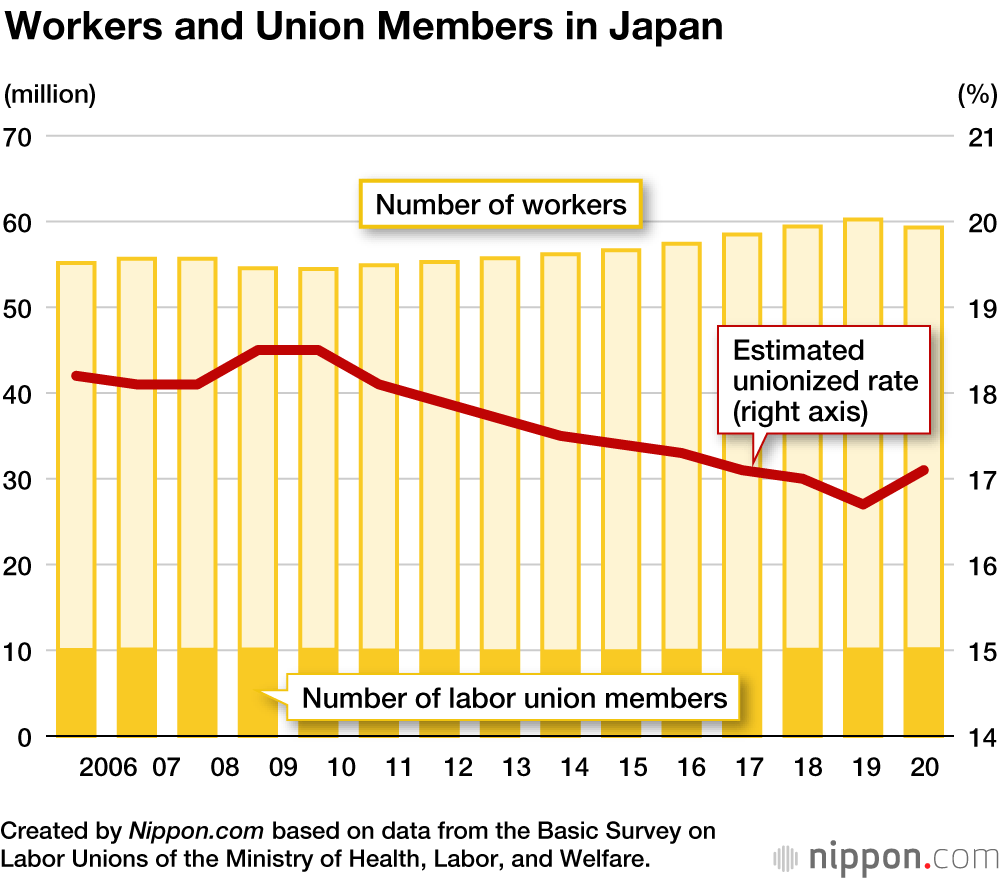 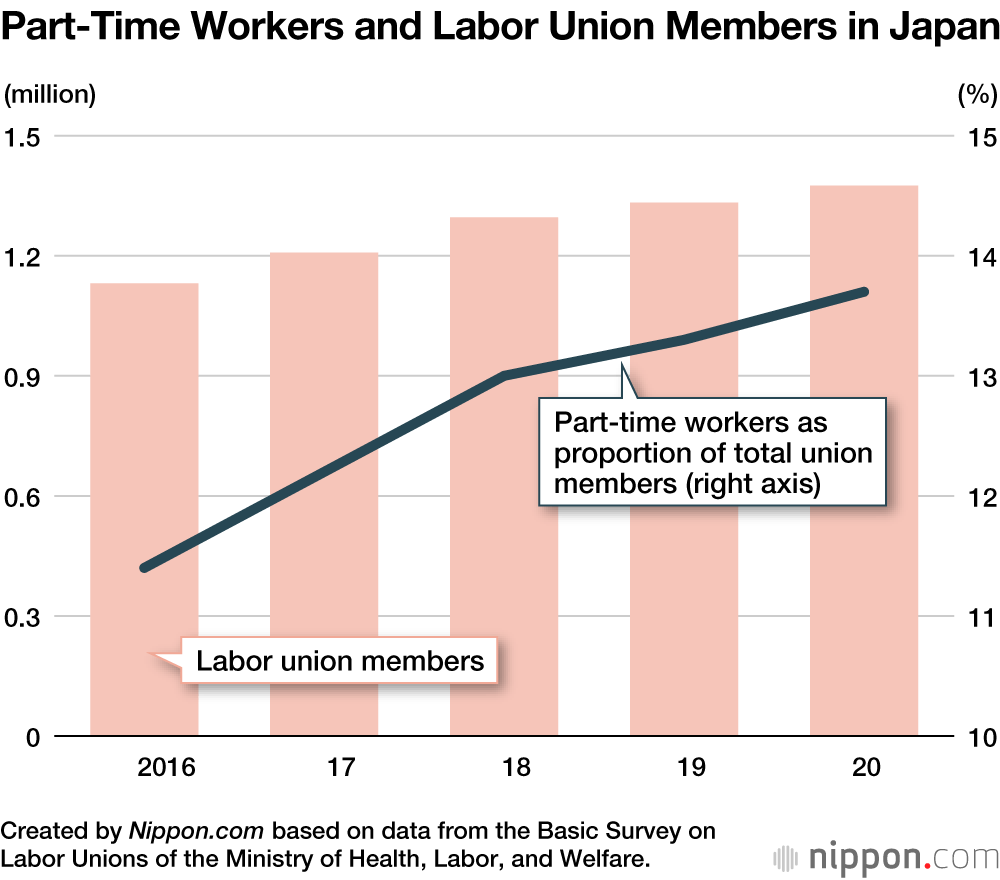 By industry, the largest number of union members, at 2.67 million, were in the manufacturing industry, accounting for nearly 30% of all union members; followed by the wholesale and retail sector at 1.49 million, the transport and delivery industry at 848,000, and the construction industry at 836,000.

Year-on-year growth in union membership was particularly noticeable in the hospitality and dining sector, increasing by 4.4%, and in the wholesale and retail sector, where membership rose by 2.0%. Factors accounting for the increase include the relatively large proportion of part-time workers and the considerable impact of the pandemic on those sectors.

(Translated from Japanese. Banner photo: Enthusiastic participants in the 2018 May Day rally at Yoyogi Park organized by the National Confederation of Trade Unions. © Jiji.)