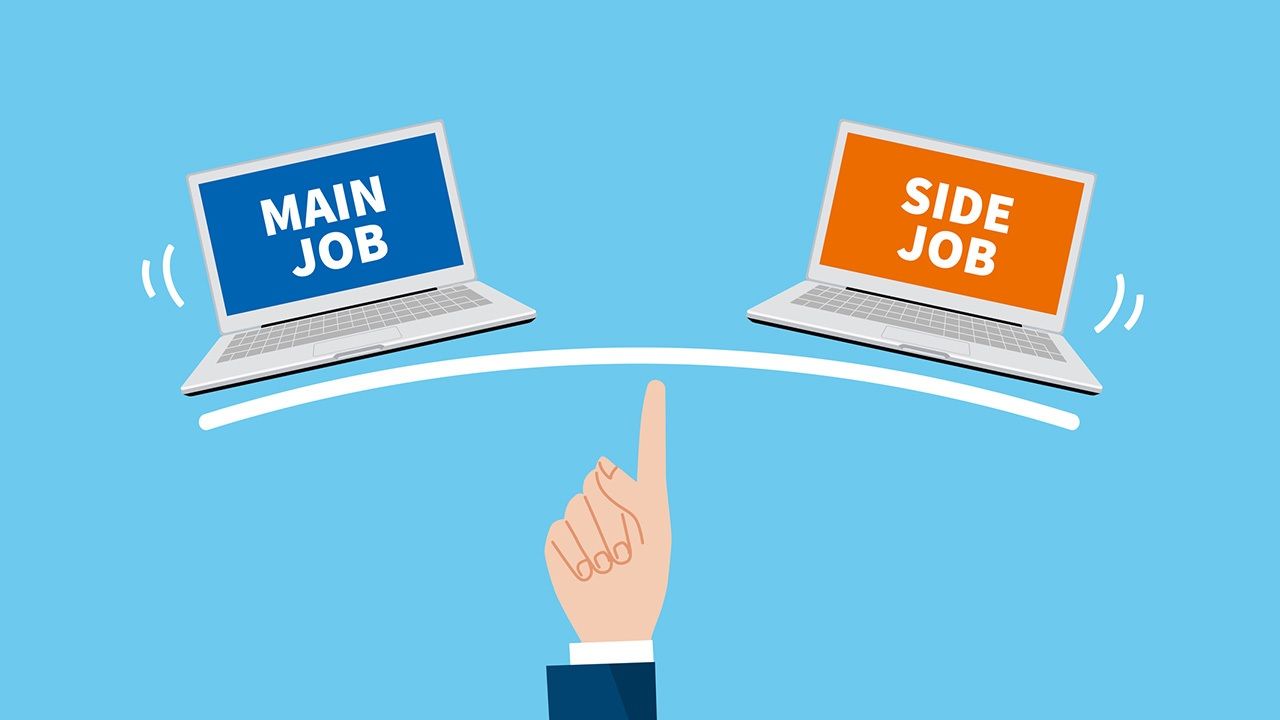 One in Ten Japanese Workers Has a Side Job

Society Economy Feb 1, 2021
The need to make ends meet or the desire to supplement their income is leading an increasing number of Japanese workers to take a side job.

In Japan, even large companies are becoming more accepting of employees having side jobs. A recent survey of workers aimed to find out more about what kind of people are doing so.

The survey was conducted online by the Ministry of Health, Labor, and Welfare in July 2020, targeting a wide range of respondents from those under 20 to seniors 65 or older. Among the total of 159,355 valid responses, 90.3% were working just one job, while 9.7% had at least one side job.

The largest percentage of people with a side job, or 16.6%, were engaged in the agricultural, forestry, fishery, or mining industries, followed by the 15.4% working in education or learning support, 15.1% in the hotel or restaurant sector, and 14.6% in academic research or professional/technical services. The least common area for a side job was manufacturing at 6.0%, while the second least common sector was finance and insurance, at 6.4%. 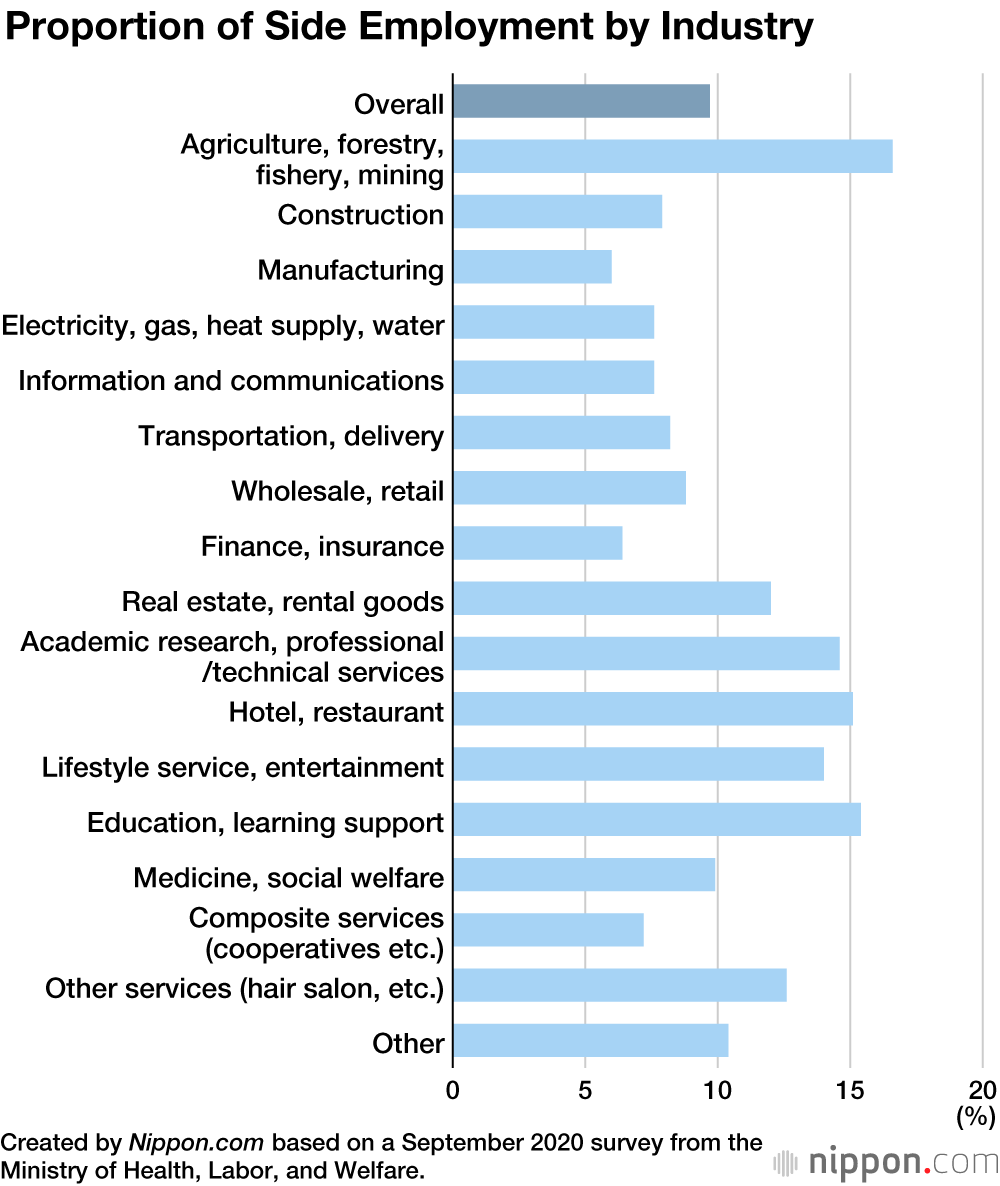 For those working a side job, the most common type of main employment was as an “independent contractor or freelancer,” at 29.8%, more than 10 percentage points higher than those who were self-employed, which was the second most common. Meanwhile, among those working mainly as regular employees, only 5.9% also had a side job. 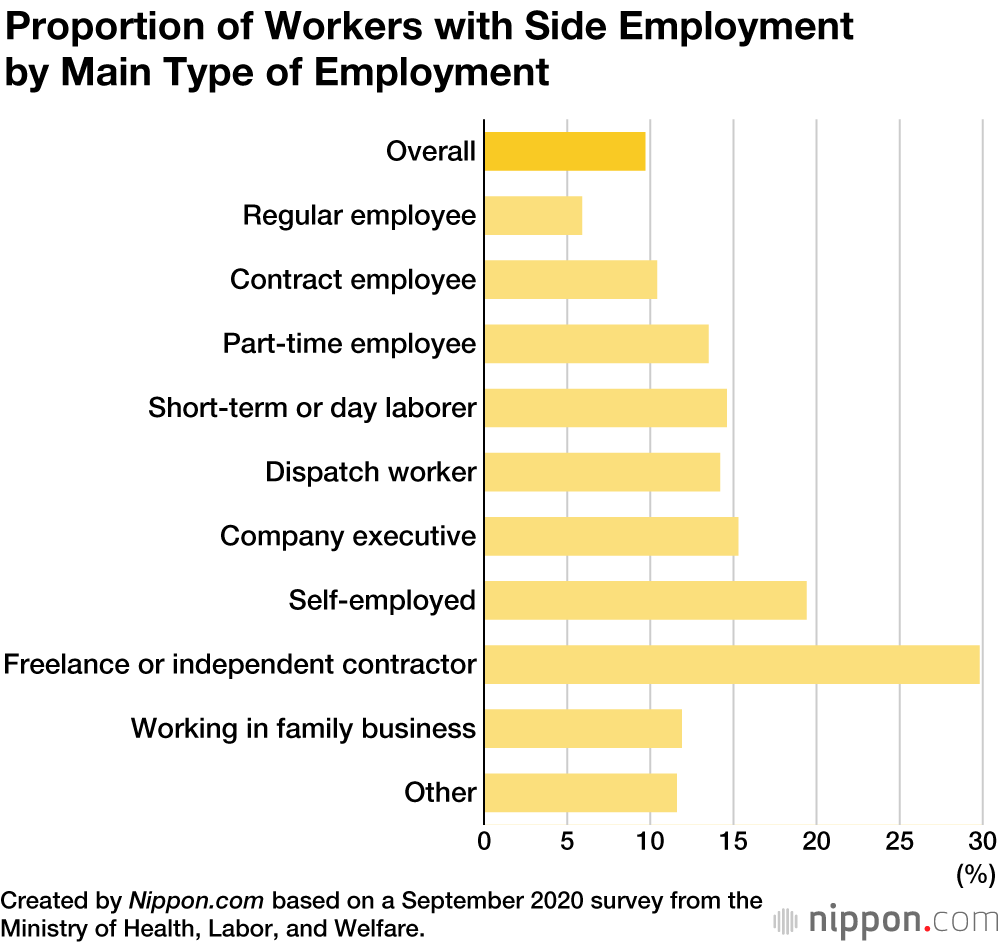 Economic reasons were the primary motivation for choosing a side job. The most common reason, at 56.5%, was to supplement one’s income, followed at 39.7% by those who could not make ends meet on just one salary.