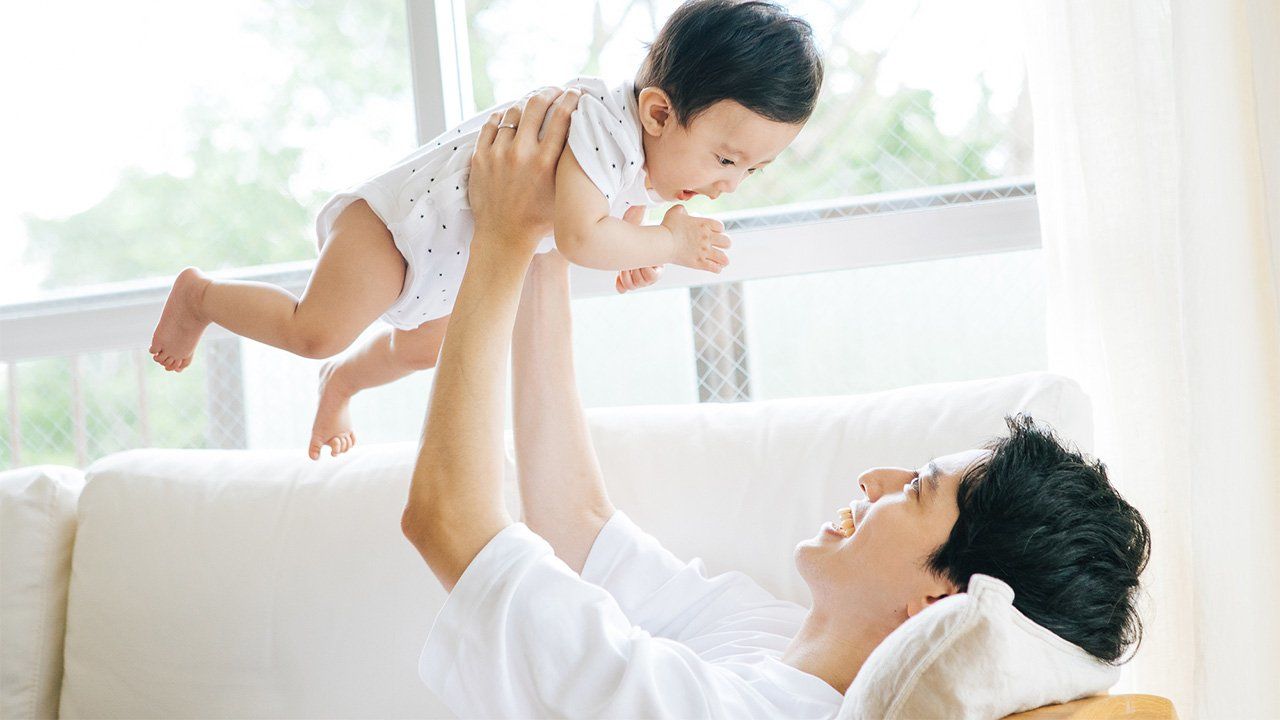 Survey Finds Only 13.4% of Men in Japan Could Take Childcare Leave in 2020

Society Family Lifestyle Feb 10, 2021
A survey by the Japanese Trade Union Confederation revealed that it is still difficult for men in the country to take childcare leave.

A survey by the Japanese Trade Union Confederation (Rengo) found that 13.4% of working men with small children took childcare leave in 2020, while 31.6% wanted to but were unable to.

The organization’s survey on men’s family responsibilities, including childcare, was conducted online in October 2020 targeting 500 men and 500 women nationwide aged between 20 and 59 with preschool children.

Created by Nippon.com based on data from the Japanese Trade Union Confederation.

Of the respondents who said that they had wanted to take childcare leave, but could not, the ratio for men was higher (31.6%) than for women (24.7%). When asked why they had not been able to get leave, the most common answer for men was that there was nobody to cover for them at work (53.3%), while for women it was that their earnings would drop, meaning less guaranteed income (27.5%). 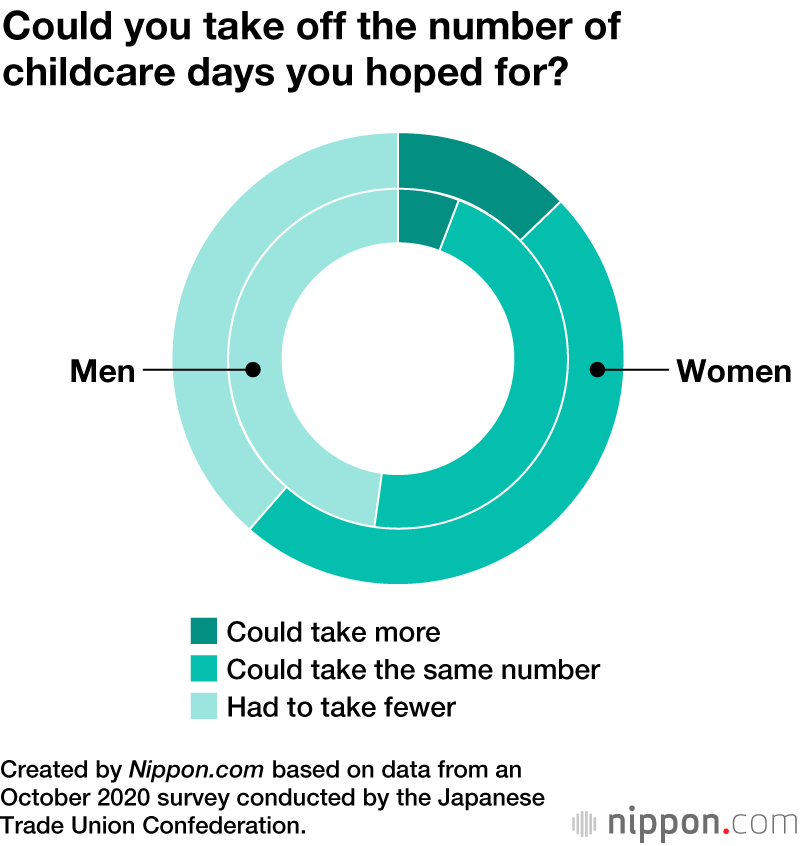 When respondents were asked what kind of issues they had encountered after getting childcare leave, 34.3% of men and 68.6% of women said that their income had dropped. Other main issues included 22.4% of men and 7.8% of women not being able to take the number of days they wanted, while for 17.9% of men and 18.6% of women it created a gap in their résumé.