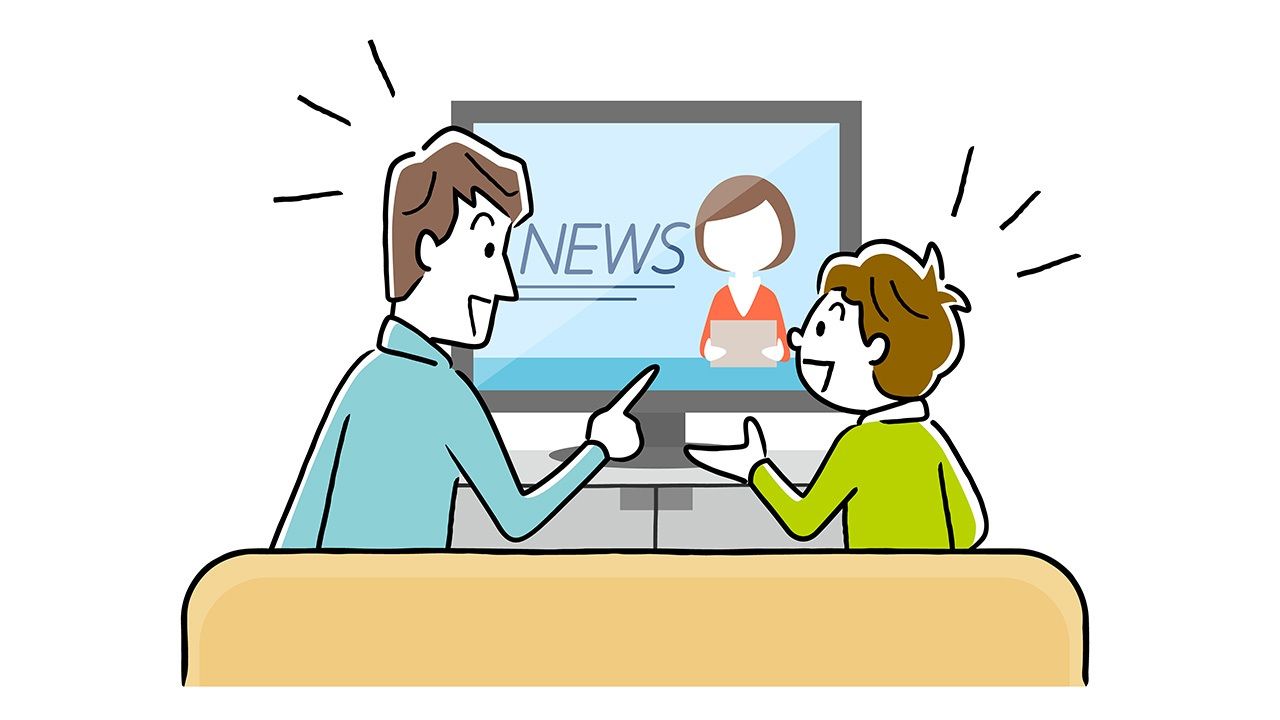 Society Technology Feb 12, 2021
A survey found less than 20% of people in Japan paid for television content.

Over the past year in Japan, with people being asked to stay home due to the COVID-19 pandemic, the time spent watching TV and videos has increased. Although there is a wide range of viewing choices though, free services were most popular.

Planet, a company that provides information infrastructure services for distribution of daily necessities, conducted a survey assessing TV and video streaming trends aimed at 4,000 people aged from 20 upward. At 56.3%, more than half answered that they had multiple TV sets: a shared family one and ones that could be watched in other rooms. Those who had one stood at 39.1%, while less than 5% had no TV. 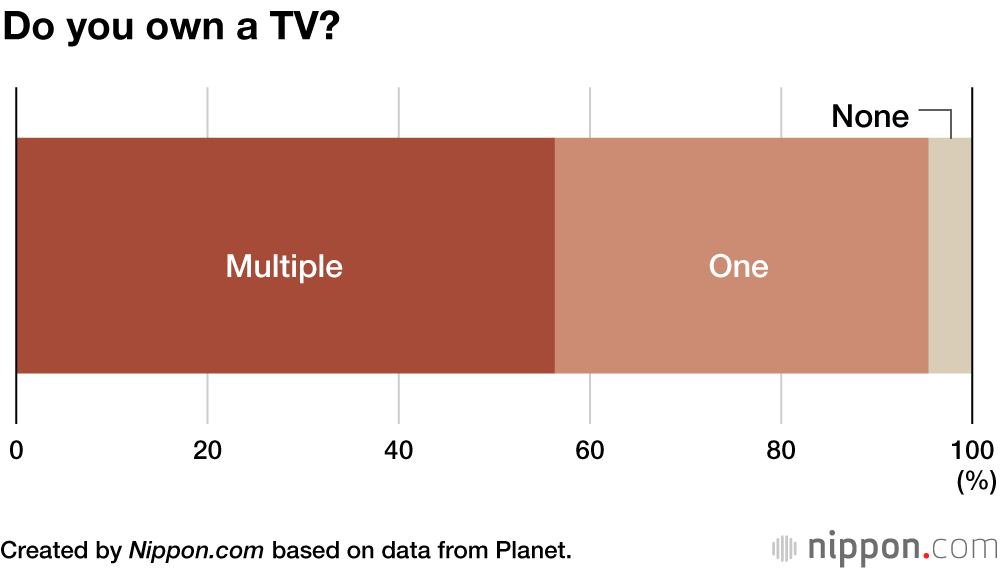 When asked how often they watched TV programs and videos, 80% of respondents said they watched terrestrial broadcasting every day. Following this, the most watched were the free BS channels. Those who said they watched this type “every day” or “sometimes” totaled just under 50%.

Cable channels and “broadcasting satellite” and “communication satellite” channels, known commonly in Japan by their abbreviations BS and CS, were first broadcast as new services in the United States. From the 1980s, multiple channels became more widely available in Japan too. However, in the survey less than 20% said they paid to watch television. This was also the case for streaming. While more than 50% watched free streaming like YouTube channels, only around 20% watched Netflix and other paid services, indicating an overwhelming preference for free TV and videos. 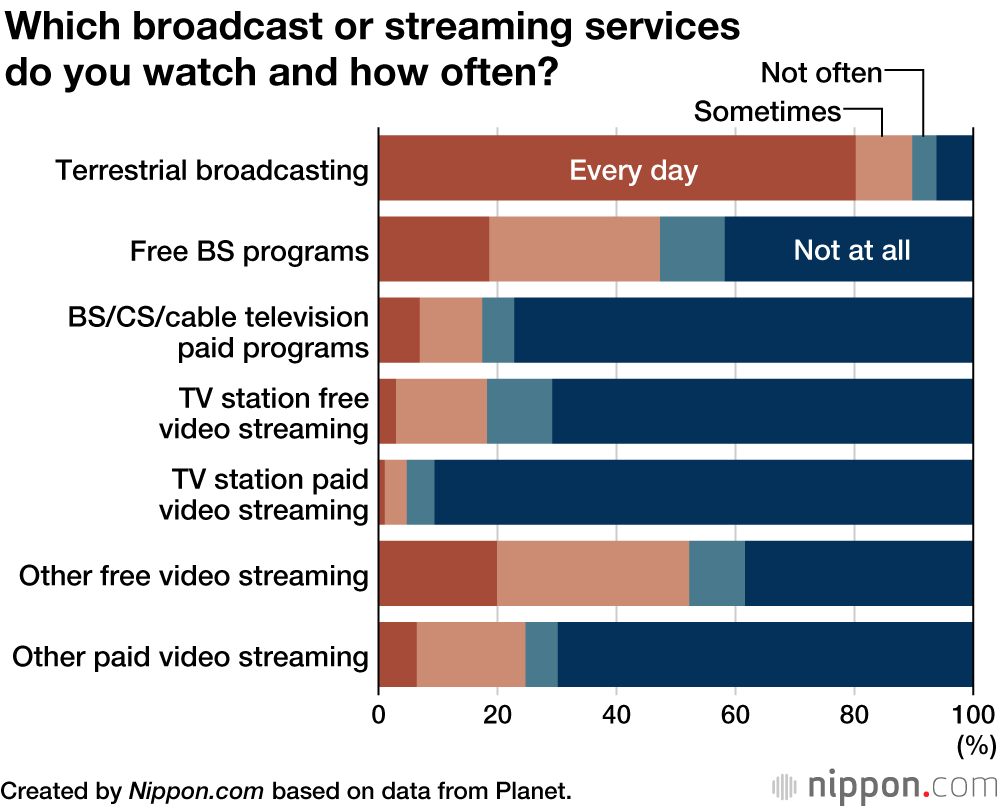 Respondents were also asked how their TV and video viewing time had changed compared to a year ago. For television, more than 50% still watched the same amount, while 30% had increased their time. Planet concluded that despite indications of declining interest in TV, there is still a deeply rooted need to watch it for up-to-the-minute news and comprehensive information.

More than 30% of respondents did not stream content at all and this tendency was increasingly seen in those in their seventies and above. Planet believes that the key to further expansion of streaming services will be to attract older generations. 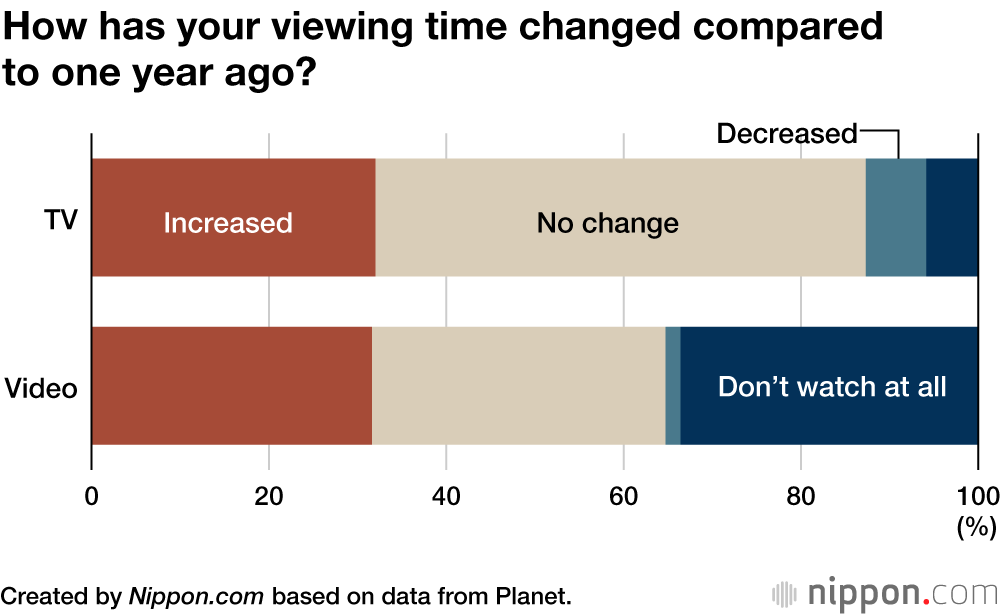 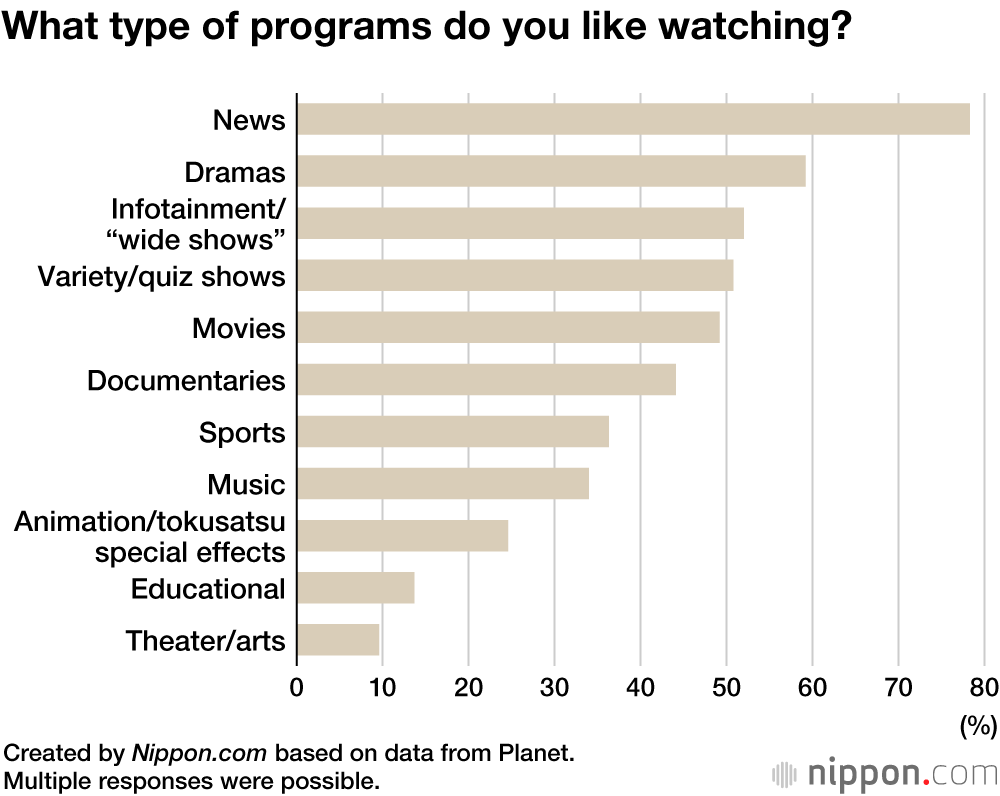