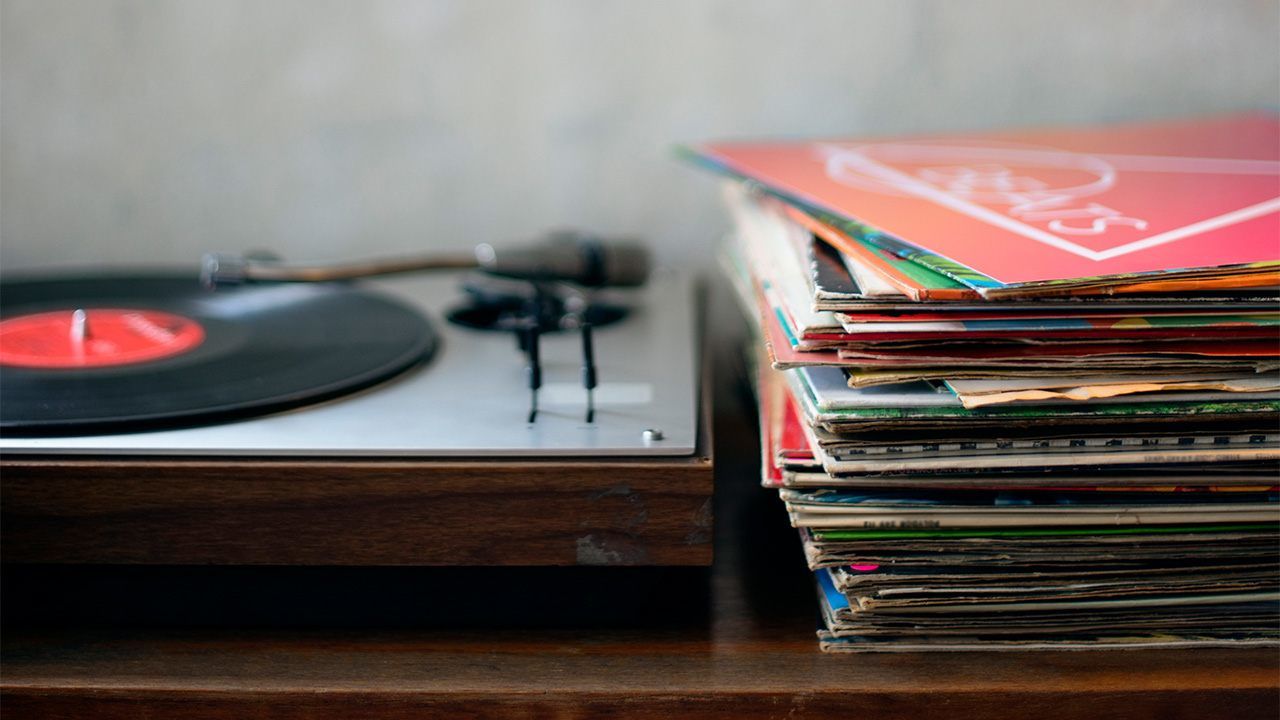 Figures from the Recording Industry Association of Japan show that vinyl disc production has risen almost every year since hitting rock bottom in 2009 with 102,000 discs. By 2019, production volume had recovered to 1.22 million. Although the COVID-19 pandemic struck a hard blow in 2020, leading to a 10% drop in vinyl production to 1.10 million discs, records still fared better than CDs, production for which fell by 21%.

Meanwhile, CD production value dropped by 15%, while records only fell by 1%, demonstrating the latter’s greater stability. Although the CD market is still considerably larger, from 2011 to 2020, its production has been on the decline and record production has steadily risen. The introduction of vinyl discs made from materials offering greater sound quality has also meant that growth in value is starting to exceed that of volume. 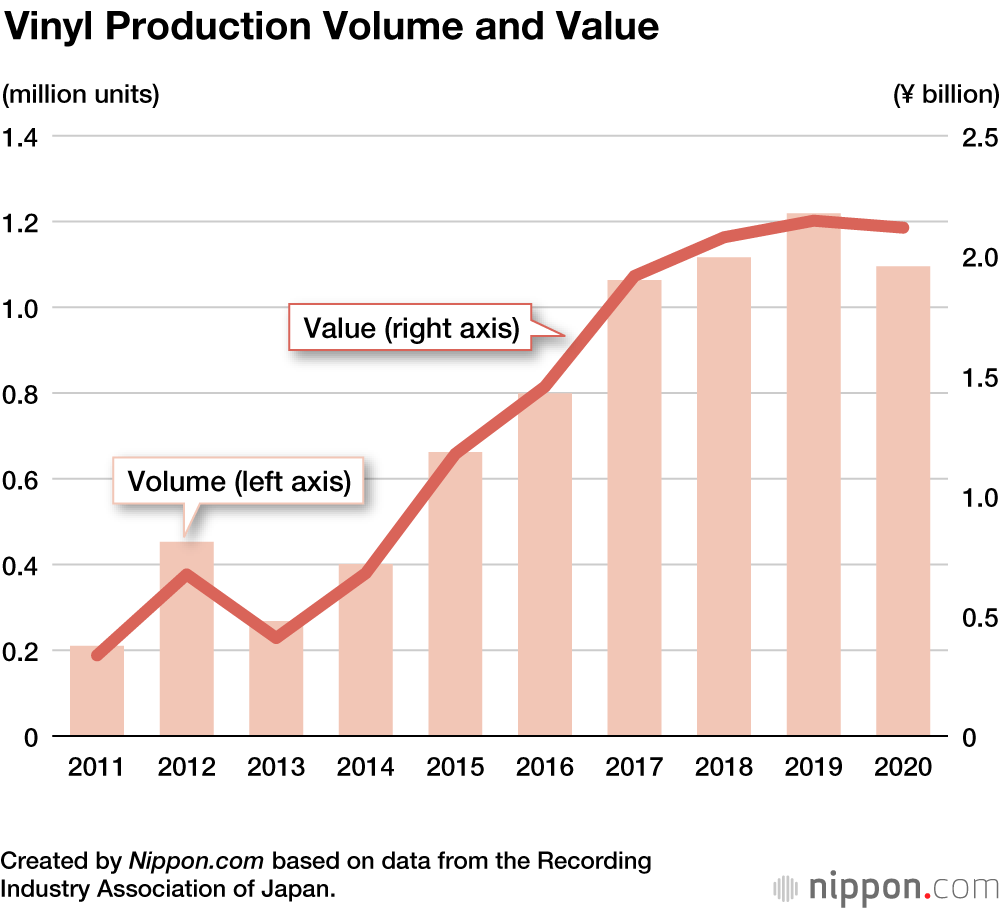 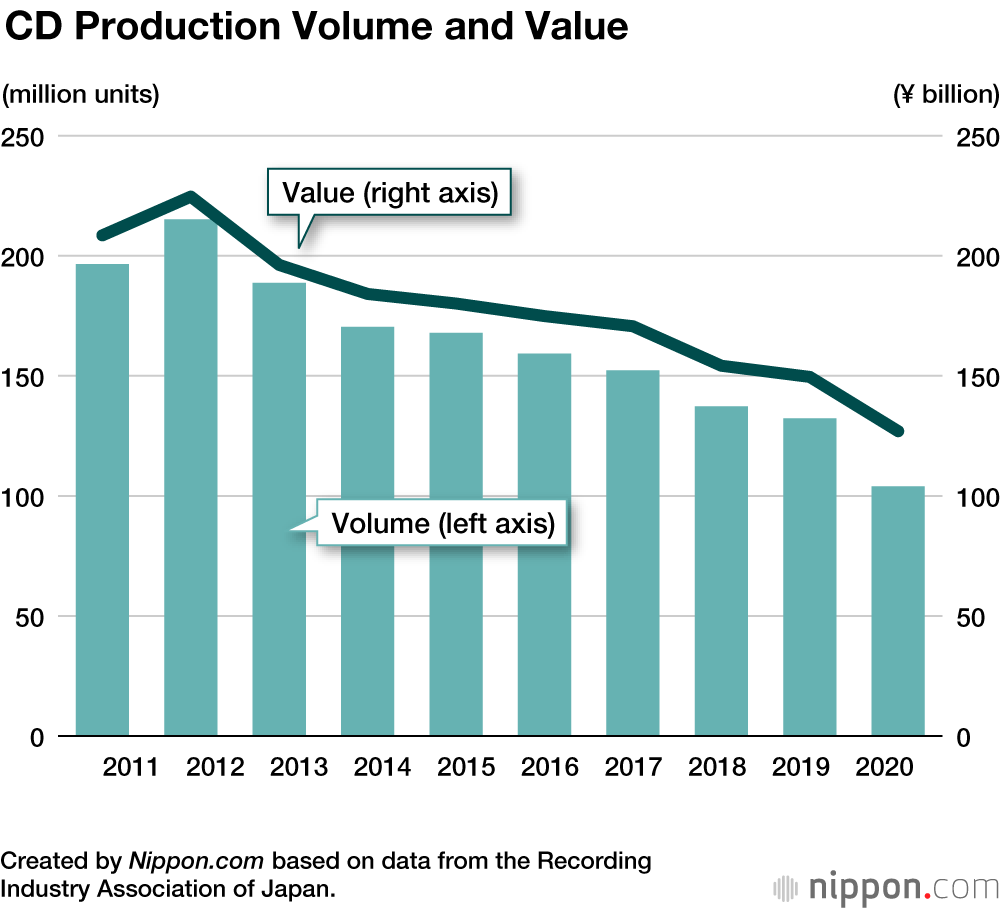 In their wide frequency and sound range, and low interference, technically CDs are superior to vinyl records. Also, to preserve sound quality, the recording time on each side of a vinyl disc is limited to around 20 minutes, so records cannot match up to the 80-minute recording time of a CD.

But records still have appeal for their warm sound and retro chic, so artists popular with young people are releasing new songs even on LP and the vinyl fan base is growing.

Wakita Nobuhiko, who was active as a record producer during the heyday of vinyl, revealed that some of his junior colleagues seek his advice about producing reissues of LP records. He says that they want everything from the jacket to the liner notes and photos exactly the same as the original. He thinks it might even be the Instagrammable jackets that can be displayed in people’s rooms rather than the sound that are attracting younger generations.