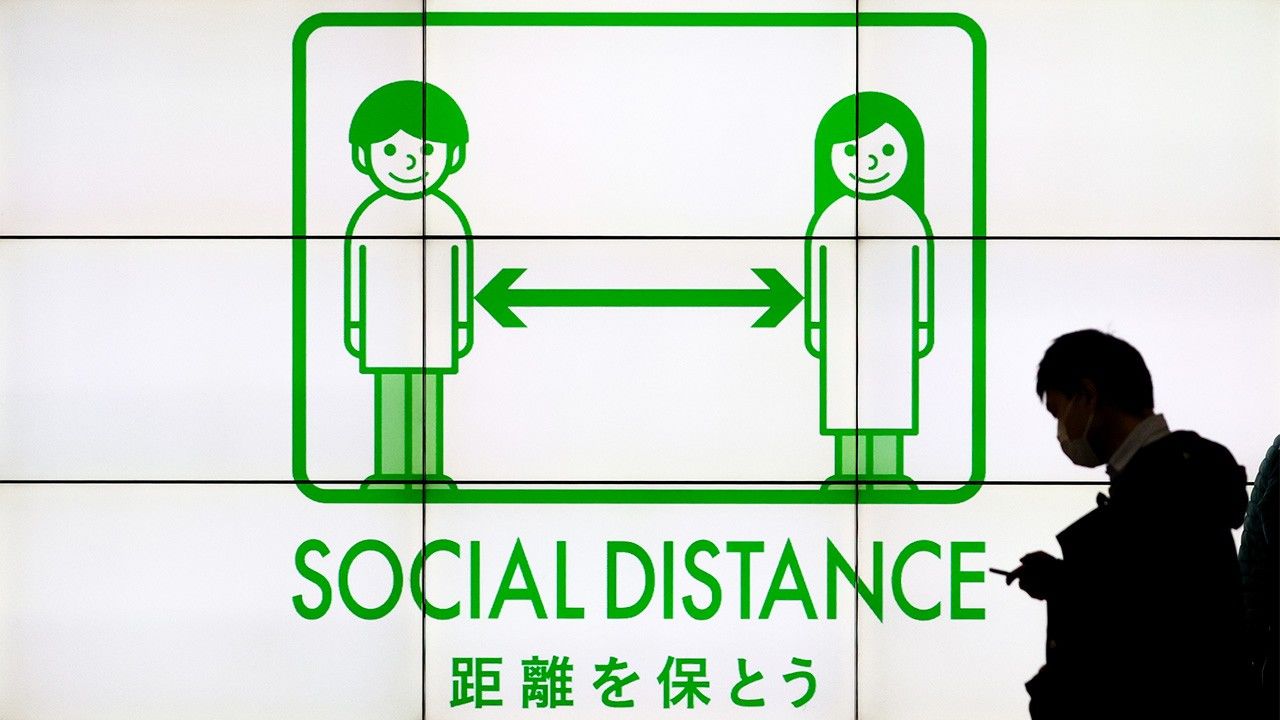 Dentsū, Japan’s leading advertising company, announced that the nation’s total 2020 advertising expenditures fell 11.2% from 2019 to ¥6.16 trillion. This was the first decline since 2011, the year of the Great East Japan Earthquake.

The COVID-19 pandemic led to a great many cancelled or postponed events and sales campaigns, resulting in a sales drop comparable to the 11.5% fall in 2009 after the global financial crisis. 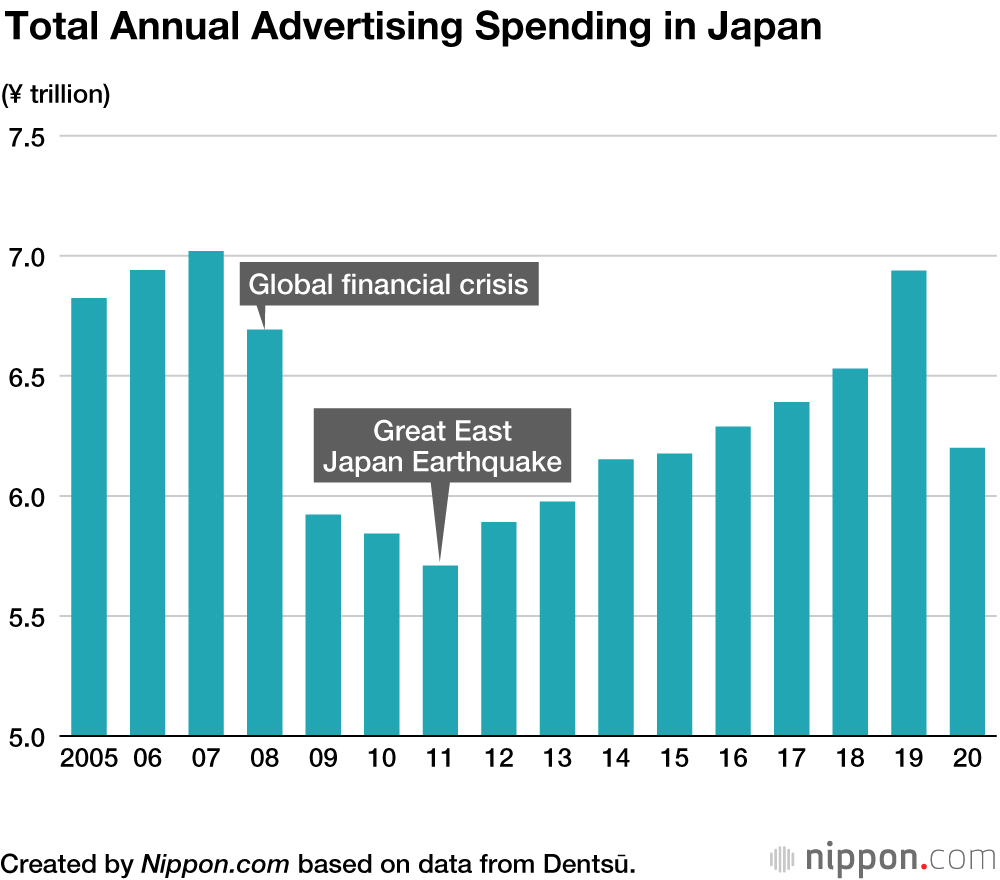 On the other hand, Internet advertising expenditures grew 5.9% year on year to a strong ¥2.23 trillion. Although this sector was hit by the slump in consumption and decrease in advertising due to the pandemic, it recovered more quickly than other media. 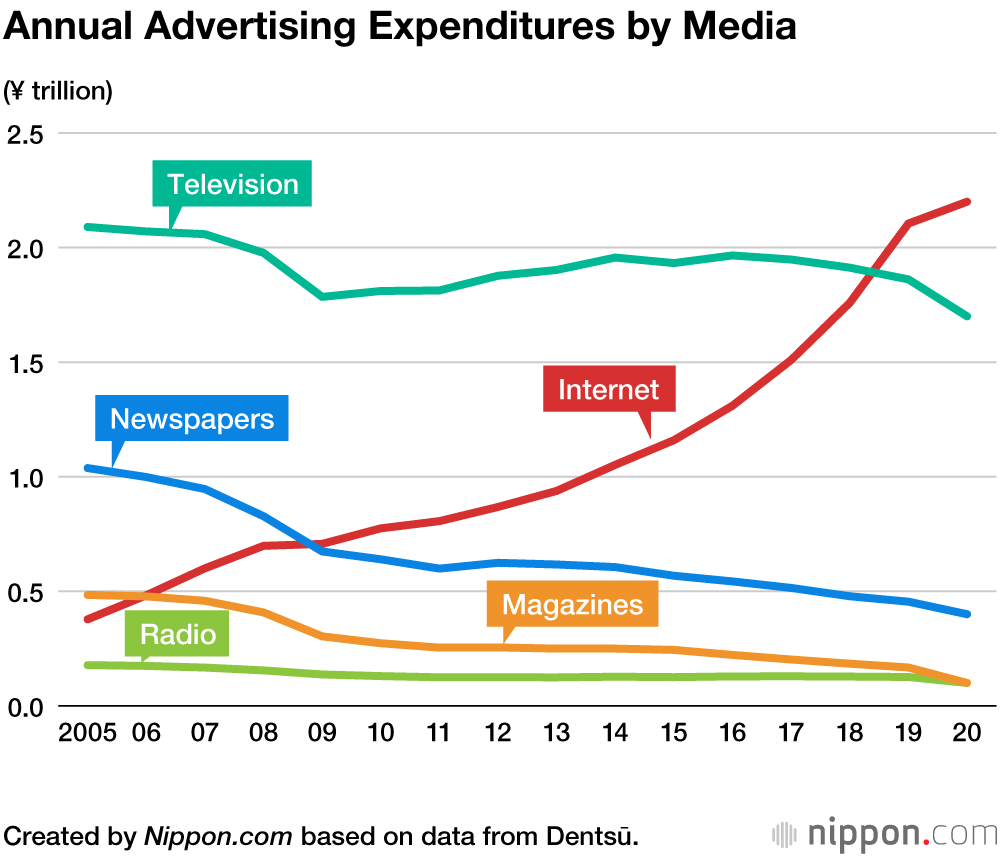 The majority of Internet advertising is targeted, based on users’ browsing and search history. This rose by 9.7% to ¥1.46 trillion, driven by the increased usage of social media and video streaming services by homebound consumers.