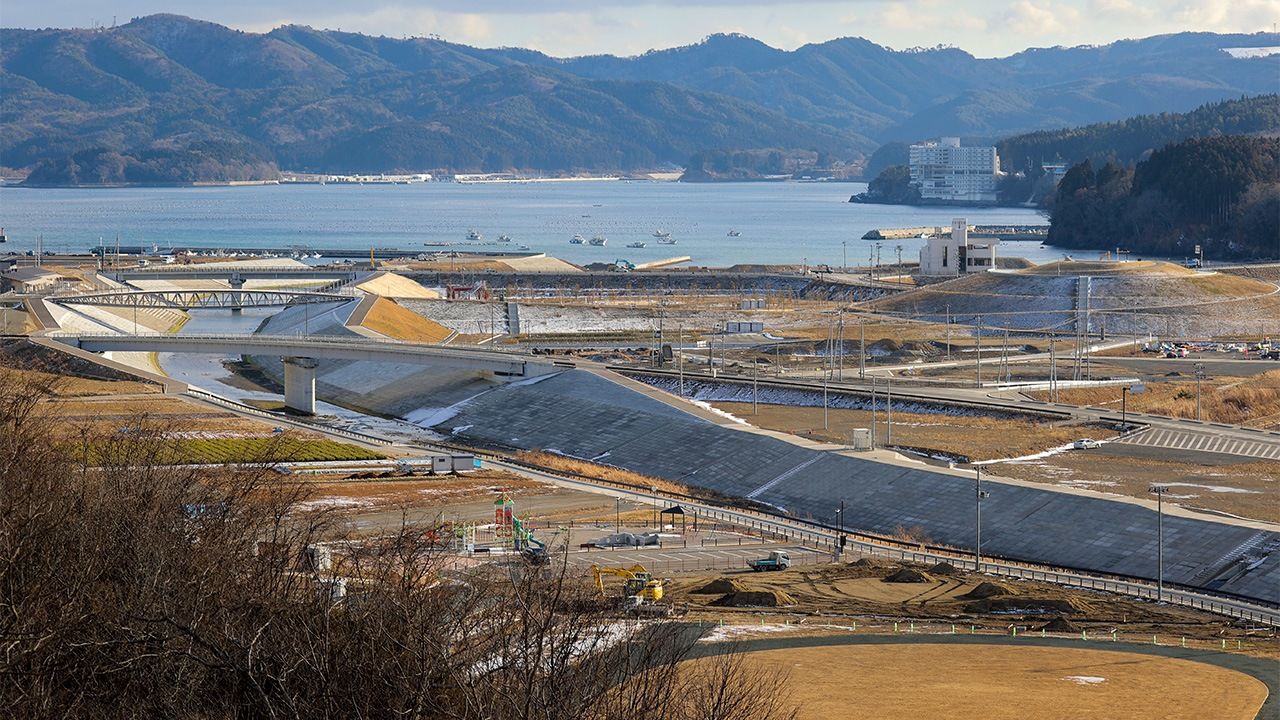 Disaster Economy Society Mar 22, 2021
One decade after the Great East Japan Earthquake, the lingering effects of the disaster are still causing bankruptcies today.

According to the credit research company Teikoku Databank, there were 2,061 bankruptcies either directly or indirectly caused by the Great East Japan Earthquake in the 10-year period from March 2011, when the disaster occurred, to February 2021. The cumulative total debt was ¥1.71 trillion.

Full-scale reconstruction, the rebuilding of lives in the disaster area, and the restart of the local economy has meant that the number of disaster-related bankruptcies has been slowing down each year. The tenth year (March 2020–February 2021) saw the lowest number yet with 40 cases. 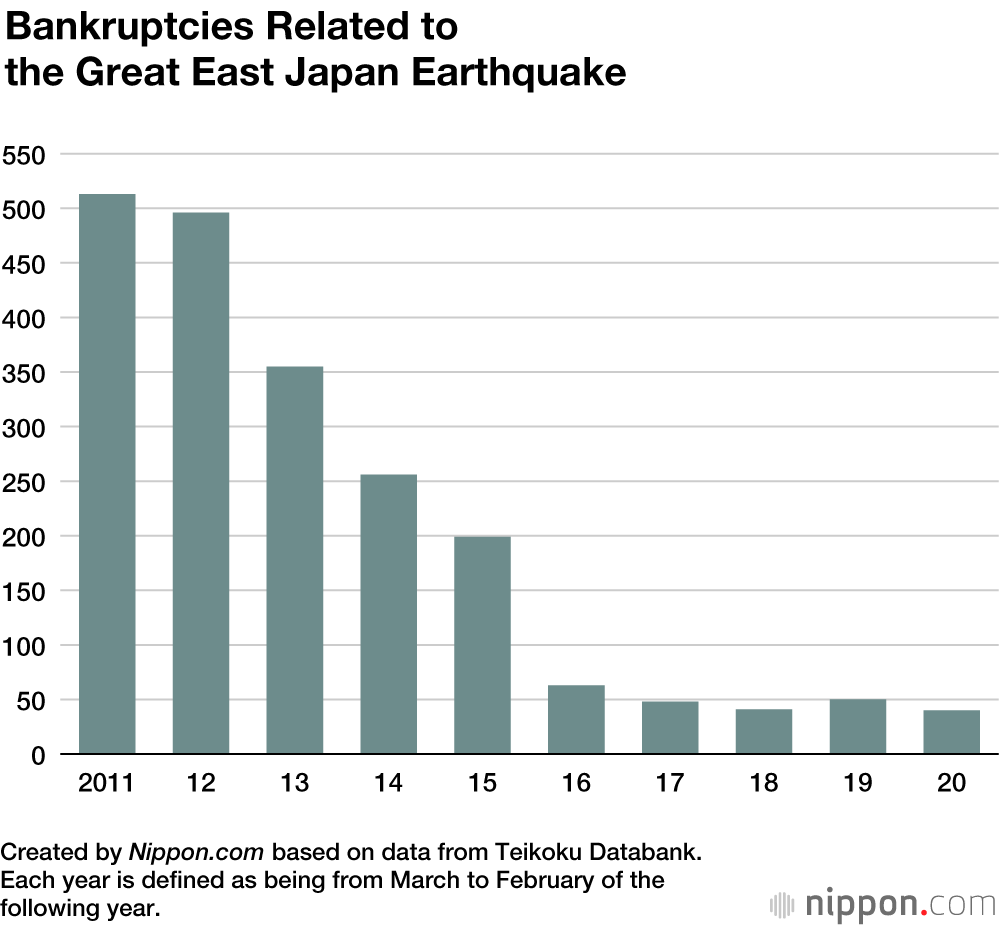 Hotels and inns were the worst-hit industry subcategory over the cumulative 10-year period with 134 bankruptcies. Even with funding support like repayment deferments, there were many cases where companies went under because fundamental improvements in revenue could not be achieved. Following this were companies that had been hit by a decrease in the movement of goods and suppliers, with 51 cases in general freight transportation, 50 cases in timber construction, and 38 in wholesale of fresh seafood.

In 2021, at the 10-year point, the government’s reconstruction projects will be significantly reduced. However, the spread of COVID-19 in 2020 has meant the Tōhoku region’s tourism industry has suffered badly, and businesses are struggling. Teikoku Databank says it is impossible to rule out an increase in companies being suffocated by debt in the disaster area from the eleventh year onward.