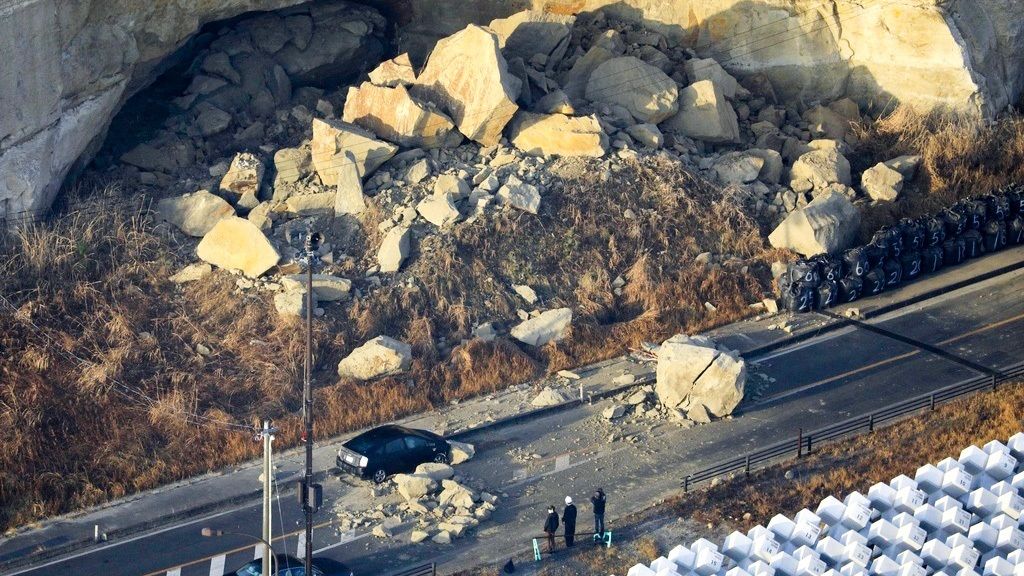 Aftershocks and Seismic Activity in the Decade Since 3/11

Disaster Society Mar 24, 2021
The aftershocks since the Great East Japan Earthquake of March 2011 have gradually subsided, and over the past four years, each month there has been around 15 earthquakes of 4.0 magnitude and around 30 with a seismic intensity of at least 1 in this part of Japan.

The Japan Meteorological Agency has compiled data on seismic activity over the 10 years since the 9.0-magnitude Great East Japan Earthquake struck the Pacific Ocean side of northeastern Japan, causing a devastating tsunami.

Over the course of one year following the 2011 earthquake, 5,387 aftershocks of magnitude 4.0 or higher occurred along the Pacific coast from Iwate Prefecture to the north of Chiba Prefecture, but in the past year (March 11, 2020, to March 6, 2021) that number has fallen to 208, which is a more than 96% decrease. Nevertheless, this is still a high number of tremors compared to the annual average of 138 over the 10-year period from 2001 to 2010. 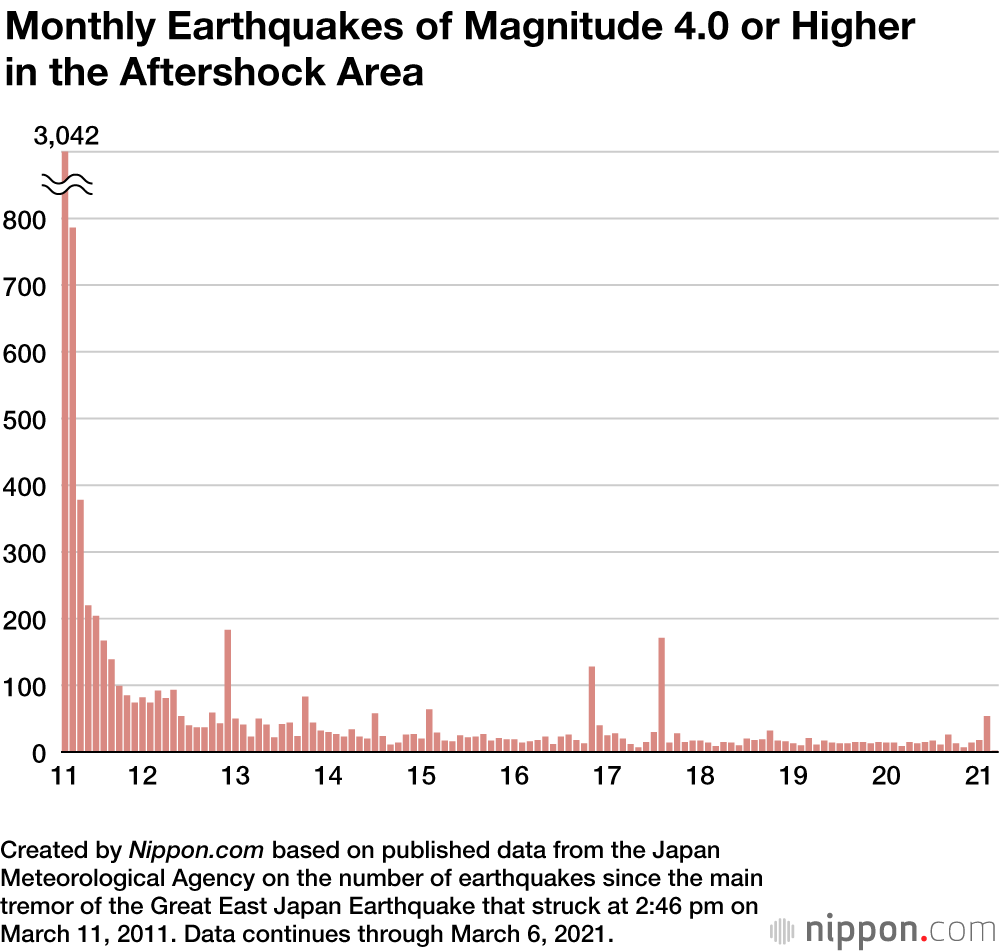 Created by Nippon.com based on data from the Japan Meteorological Agency.

(Translated from Japanese. Banner photo: A road in Sōma, Fukushima Prefecture, blocked by rocks from a landslide triggered by an earthquake on February 13, 2021. © Kyōdō Images.)