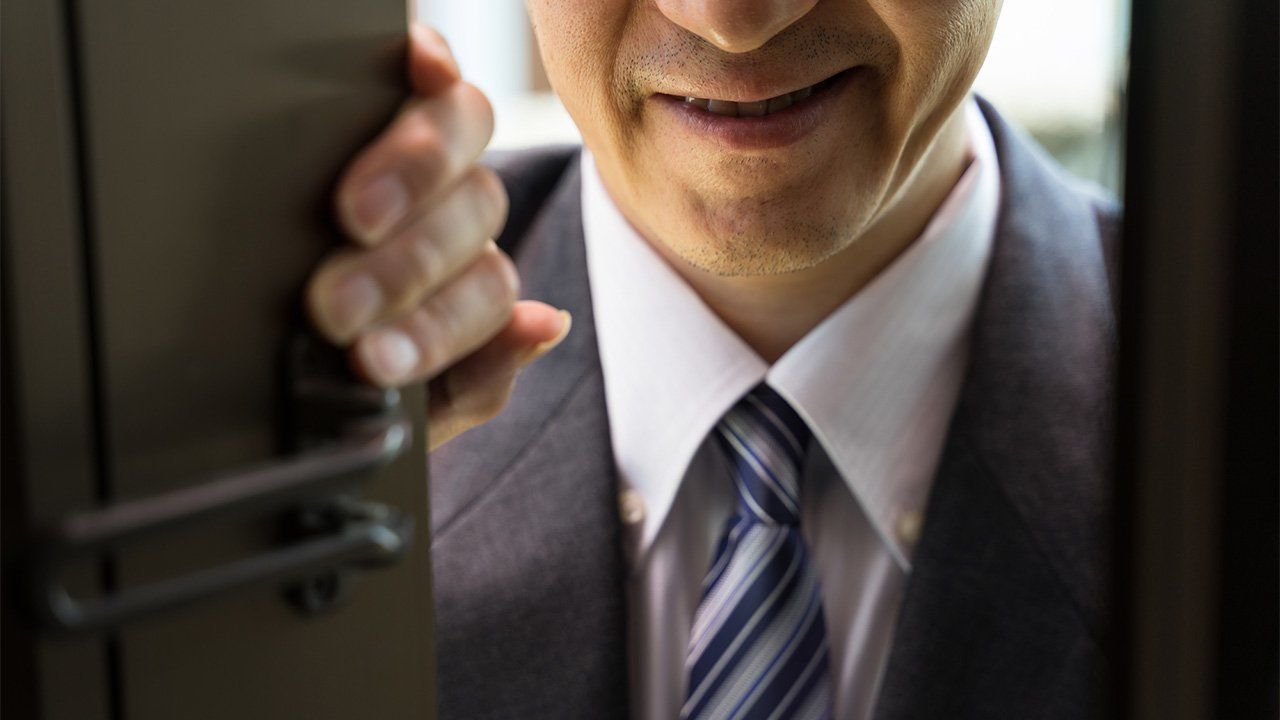 Japan’s Specialized Fraud Cases Down in 2020, But Seniors Still the Main Target

Preliminary statistics compiled by the National Police Agency show that reported cases of specialized fraud totaled 13,526 in 2020, a year-on-year decrease of 19.7%. Financial losses due to fraud totaled ¥27.8 billion, down 12% compared to the previous year. This is half of the level of the peak year of 2014, when losses totaled ¥56.6 billion. Nevertheless, the daily average for financial losses in 2020 remained at the high level of ¥75.9 million.

The impact of specialized fraud was concentrated in large urban areas, with cases by prefecture totaling 2,902 in Tokyo, 1,757 in Kanagawa, 1,218 in Chiba, 1,108 in Osaka, 1,030 in Saitama, 1,020 in Hyōgo, and 568 in Aichi. Fraud is on the wane in all the prefectures, but the proportion of overall cases occuring in those seven prefectures combined rose to 71%.

Statistics on specific types of fraud show that the total number of ore ore sagi (it’s me, it’s me scams) involving the impersonation of family members and “savings scams” involving the impersonation of police officers or staff at financial institutions in order to obtain cards to withdraw money from bank accounts fell by 5.1% year on year to 6,382 cases, while financial losses from those two types of scams rose year-on-year by 3.4% to ¥12.2 billion. Thus, even though the number of cases fell for these scams, financial losses increased by around ¥400 million compared to the previous year. 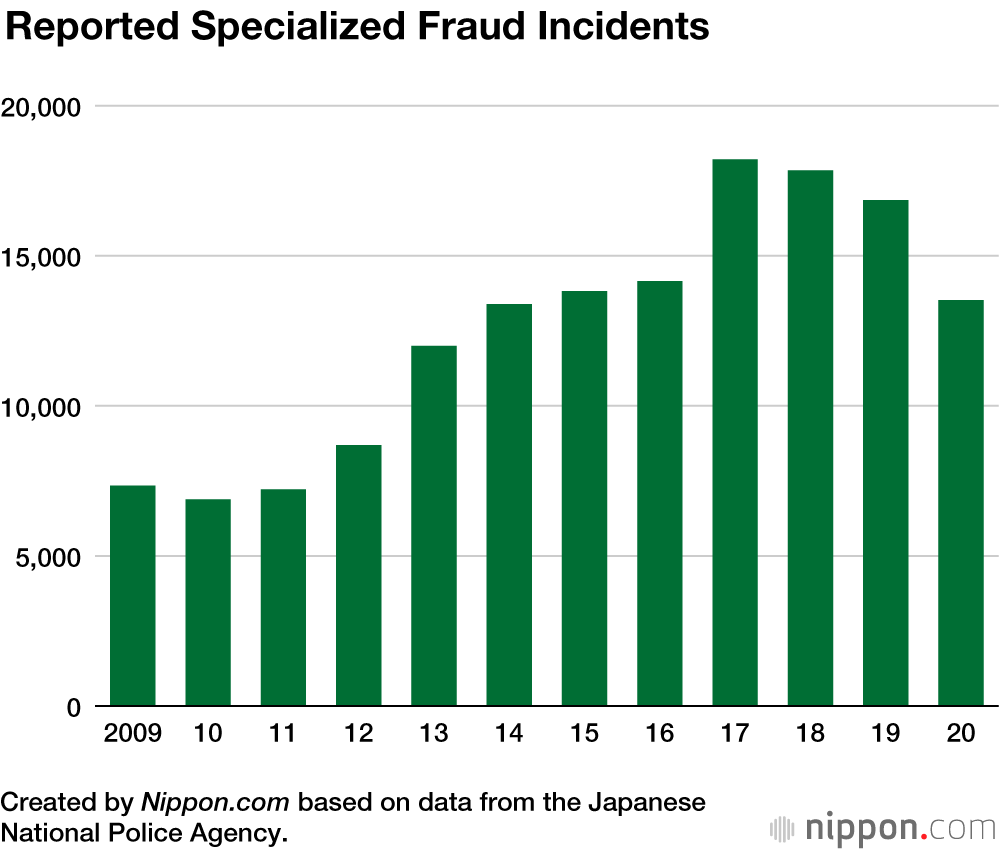 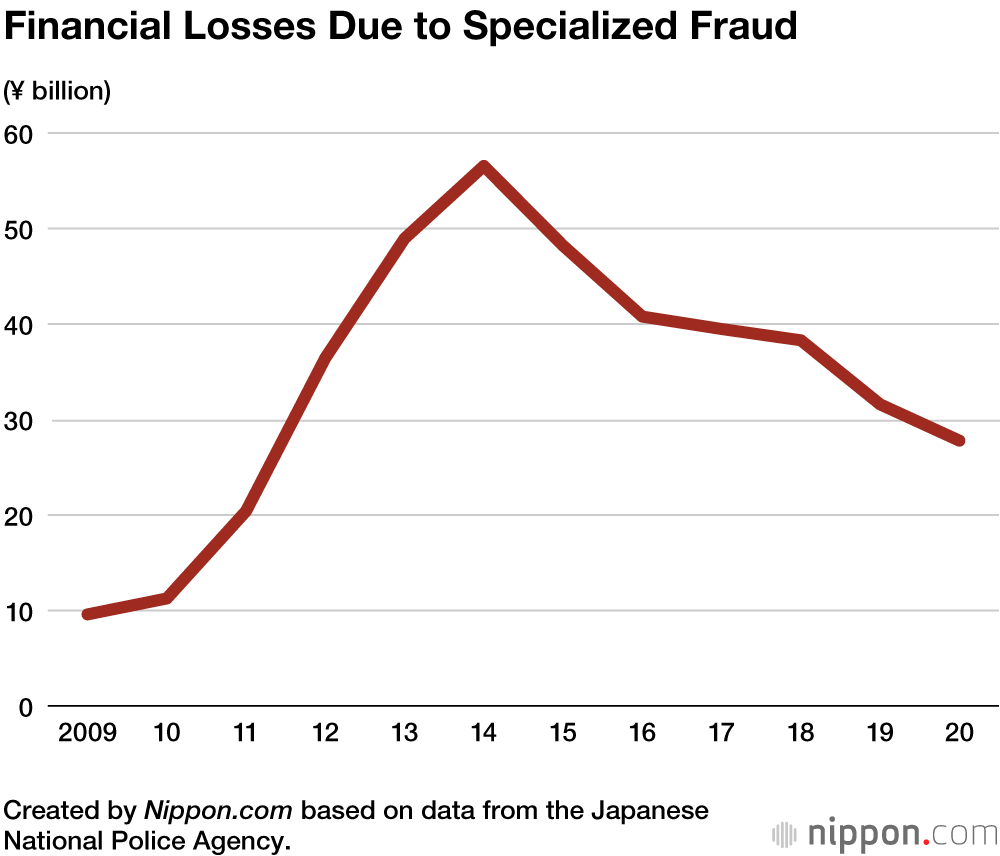 The “cash card scam” in which the perpetrator obtains a cash card from a victim and replaces it with a fake card decreased by 25% year on year to 2,833 cases in total, and financial losses from this type of scam fell by 32.7% to ¥4.0 billion. Meanwhile, “false billing fraud” in which victims are tricked into paying false usage fees, such as for paysites, decreased year on year by 43.5%, for a total of 1,997 cases, and financial losses from such fraud decreased by 19.3% to ¥8.0 billion.

Cases of fraud targeting those aged 65 or older decreased by 18% in 2020, with a total of 11,556 such cases. The proportion of fraud cases involving people in that age group, with the exception of cases of corporate financial losses, was 85.7%, 1.8 percentage points higher than in the previous year, demonstrating that seniors remain highly vulnerable to scams.

A total of 55 cases of fraud related to COVID-19 occurred in 2020, totaling roughly ¥100 million in financial losses. In one unsuccessful case in Tochigi Prefecture, a man impersonating a prefectural employee told a 70-year-old man over the telephone that in order to receive his ¥100,000 COVID-19 relief payment he would have to provide his bank book and other materials for a civil servant who would visit his home. The man notified the police of this phone call, leading to the arrest of the perpetrator.