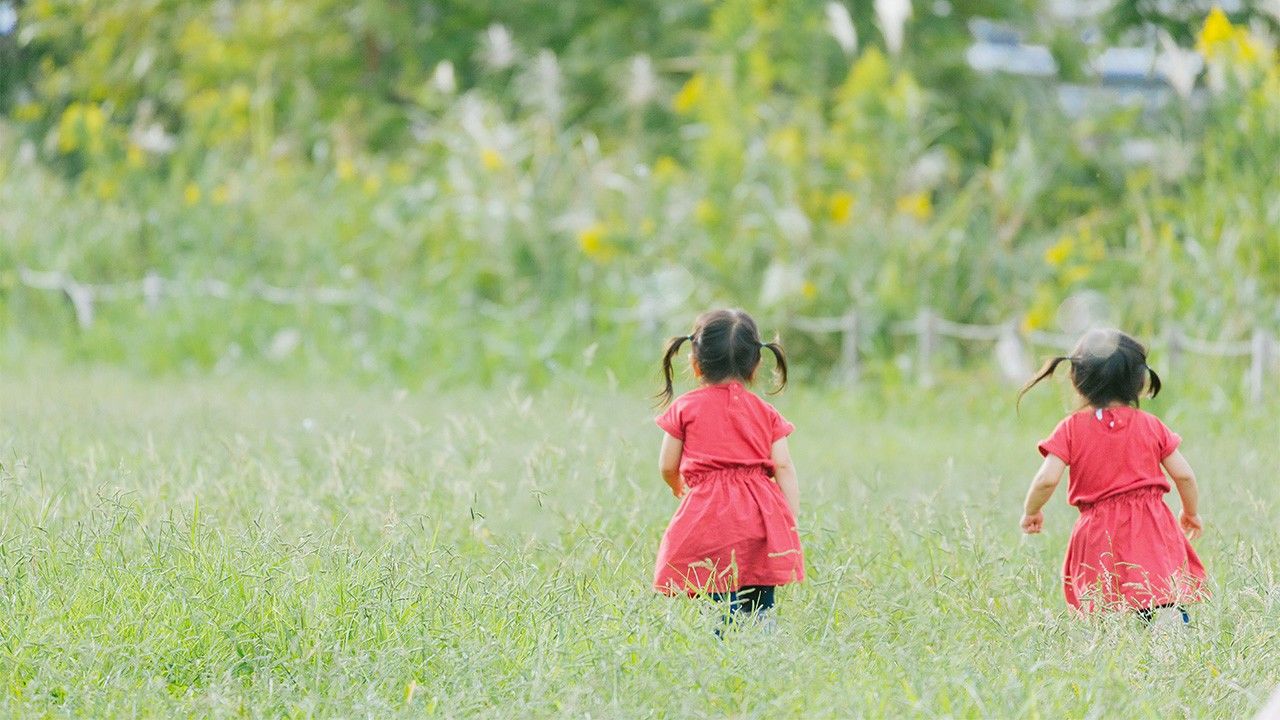 Society Apr 2, 2021
An international survey of female attitudes by the Nippon Foundation found that women in East Asia tended to view having children outside of marriage negatively, whereas the bulk of women in several northern European countries were accepting of giving birth out of wedlock.

Many industrialized nations are grappling with downward demographic pressures stemming from an array of social and economic issues. The Nippon Foundation recently conducted a study comparing the attitudes of women aged 18–69 in eight countries with regard to declining birth rates. The survey asked 500 women each in China, Denmark, France, Italy, Japan, South Korea, Sweden, and the United States a series of questions that highlighted regional differences in views toward having children and marriage.

When asked if they felt it was easy to give birth and raise children in their country, women in Italy, Japan, and South Korea, all of which have anemic birth rates, overwhelmingly responded negatively. Leading the way were South Koreans, with more than 80% of respondents seeing their country as unfavorable to having and raising children. Over 70% of Italians and Japanese held the same opinion of their countries. Views in China, which recently ended its one-child policy, also tended to be negative.

By comparison, around 80% of respondents in Denmark and Sweden, which have robust social safety nets, considered their countries good places to have and raise children, with only around 10% of women in those countries taking a negative view. Answers in the United States, with its large immigrant population, and France, where long-term cohabitation without marriage is growing in popularity, were also largely positive. 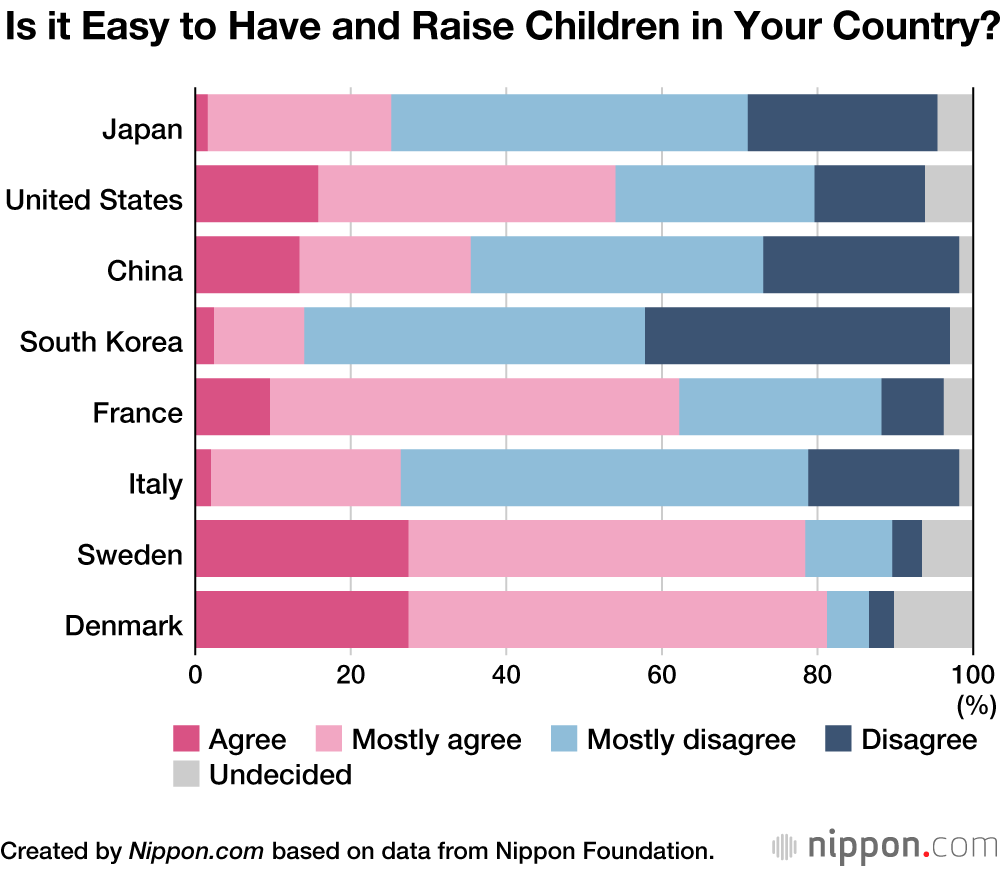 The study also found wide disparities with regard to personal views on birth outside of wedlock. In Japan, 67% of women surveyed said they considered marriage a prerequisite to having children compared to just 14% who did not, the lowest ratio for any country. Around 20% said they were undecided. A majority of respondents in China, South Korea, and the United States similarly preferred to be wed before starting a family. In stark contrast, more than 80% of women in Denmark, France, Italy, and Sweden did not consider marital status a deciding factor in choosing to have children. 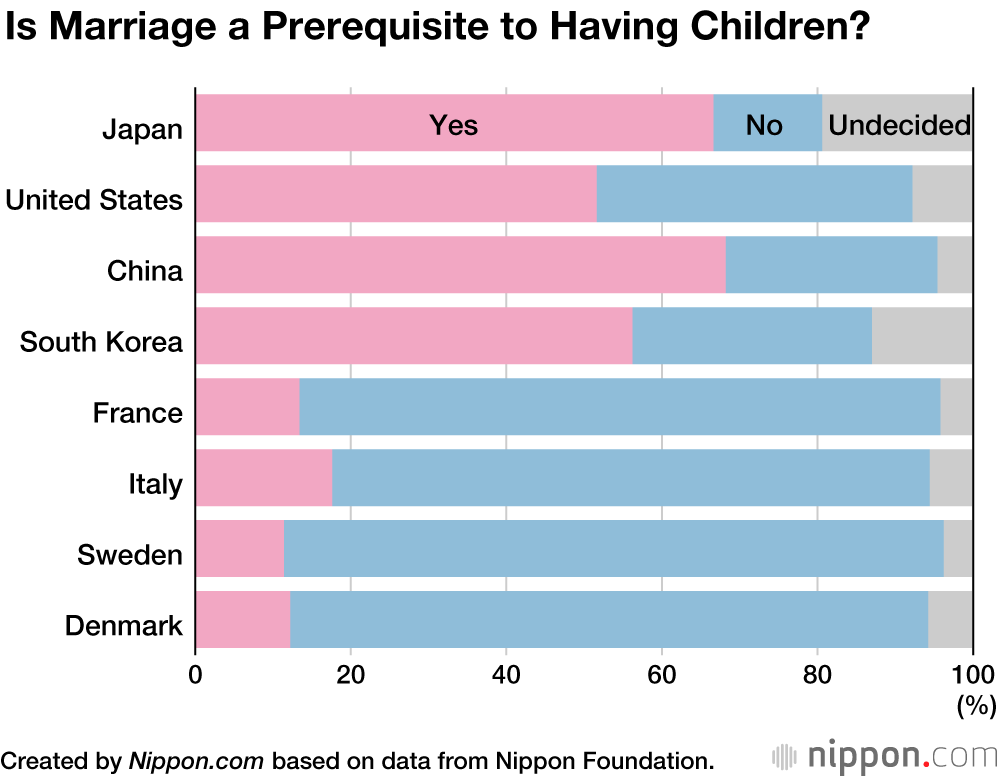 When polled on their general thoughts about having children outside of marriage, around 60% of respondents in China, Japan, and South Korea held negative views compared to overwhelmingly positive opinions, above 80%, among women in Denmark, France, Italy, and Sweden. Participants in the United States were more divided, although just over half expressed accepting attitudes. 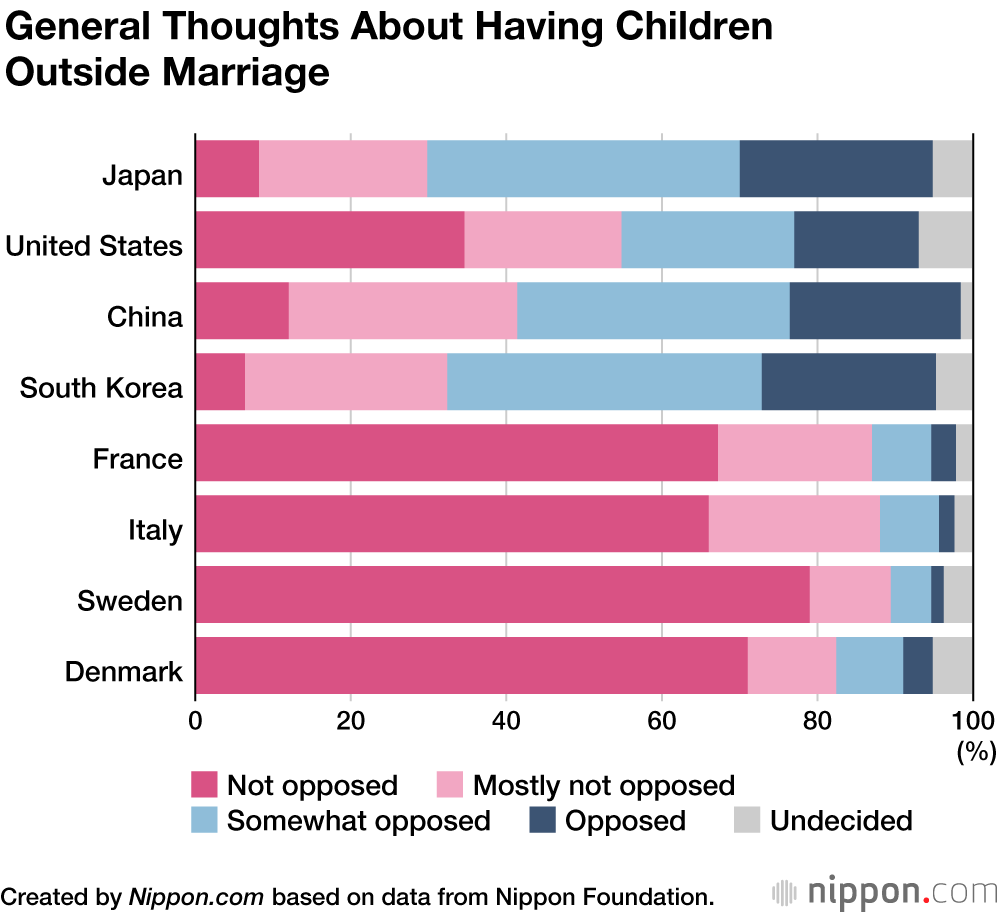