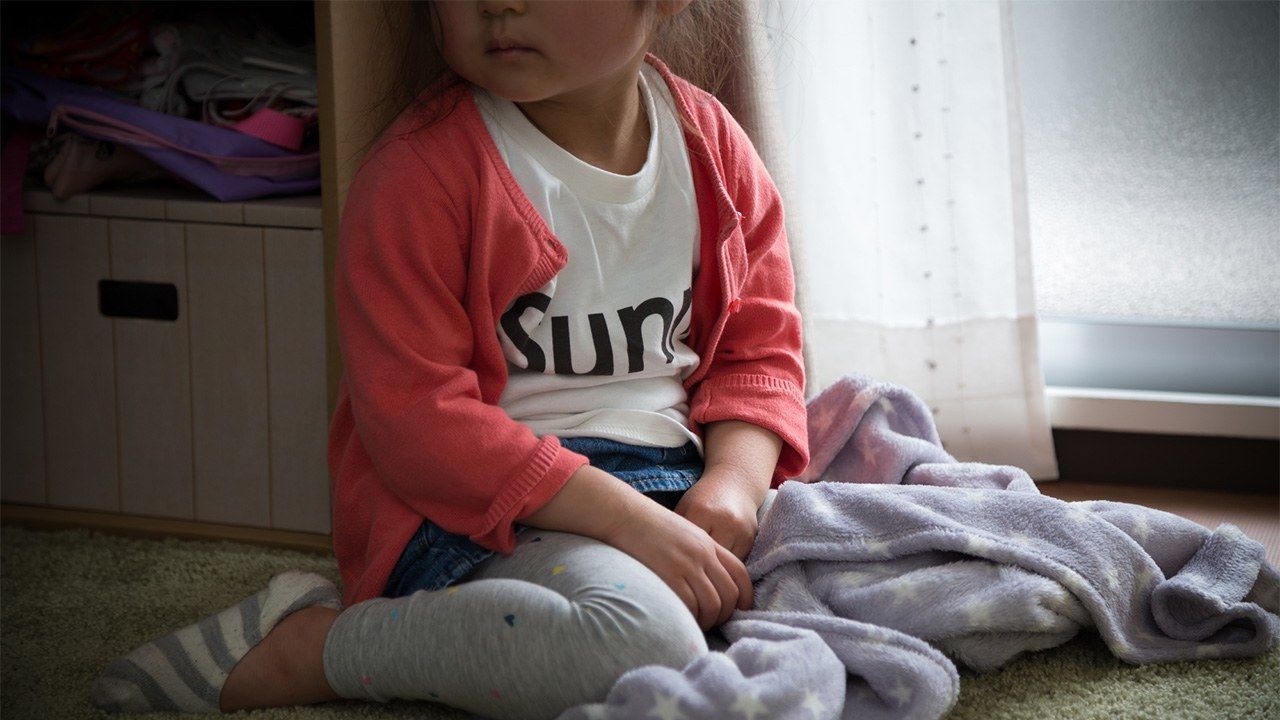 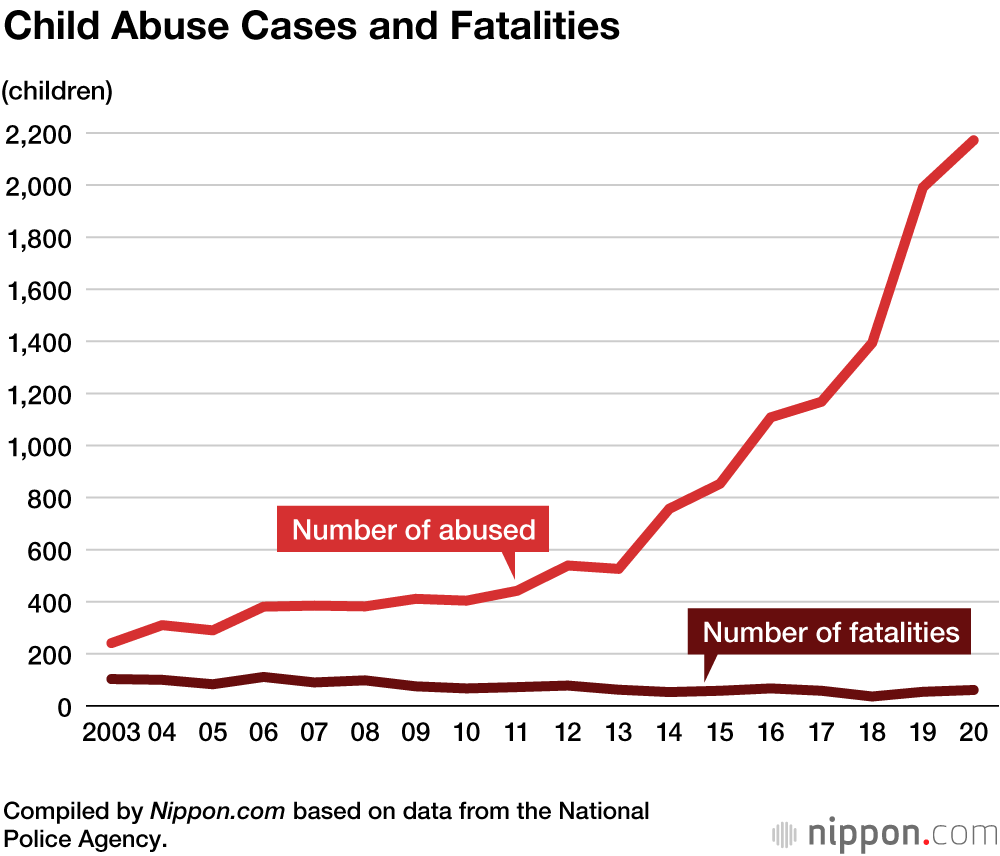 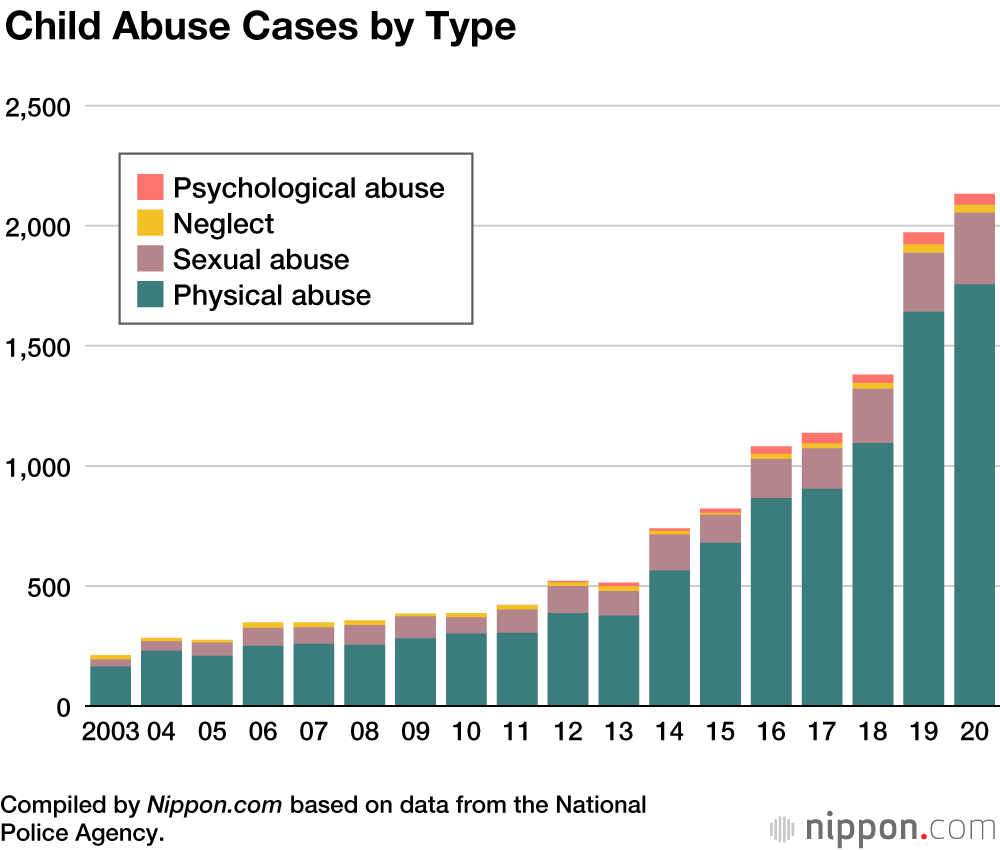 The abuse in these cases was carried out by 2,182 people. Physical abuse, which accounted for the majority of cases, was perpetrated mainly by the biological father (853 people), followed by the biological mother (531), the stepfather (189), and a male partner of the mother (158). Male perpetrators were overwhelmingly responsible for cases of sexual abuse. In cases of psychological abuse and neglect, however, many of the cases involved the biological mother (23 and 24, respectively). The biological father was also involved in a high number of cases (11 and 12, respectively).

On the other hand, the number of child pornography cases identified by the police in 2020 decreased year on year by 9.9%, to 2,757, while the number of children under the age of 18 identified as victims in such cases decreased by 15.3%, to 1,320. The number of people apprehended in such cases was down 7.1% to 1,965, the second consecutive decline since 2019. The vast majority of those child pornography cases, at 1,164, involved girls, while 156 involved boys.