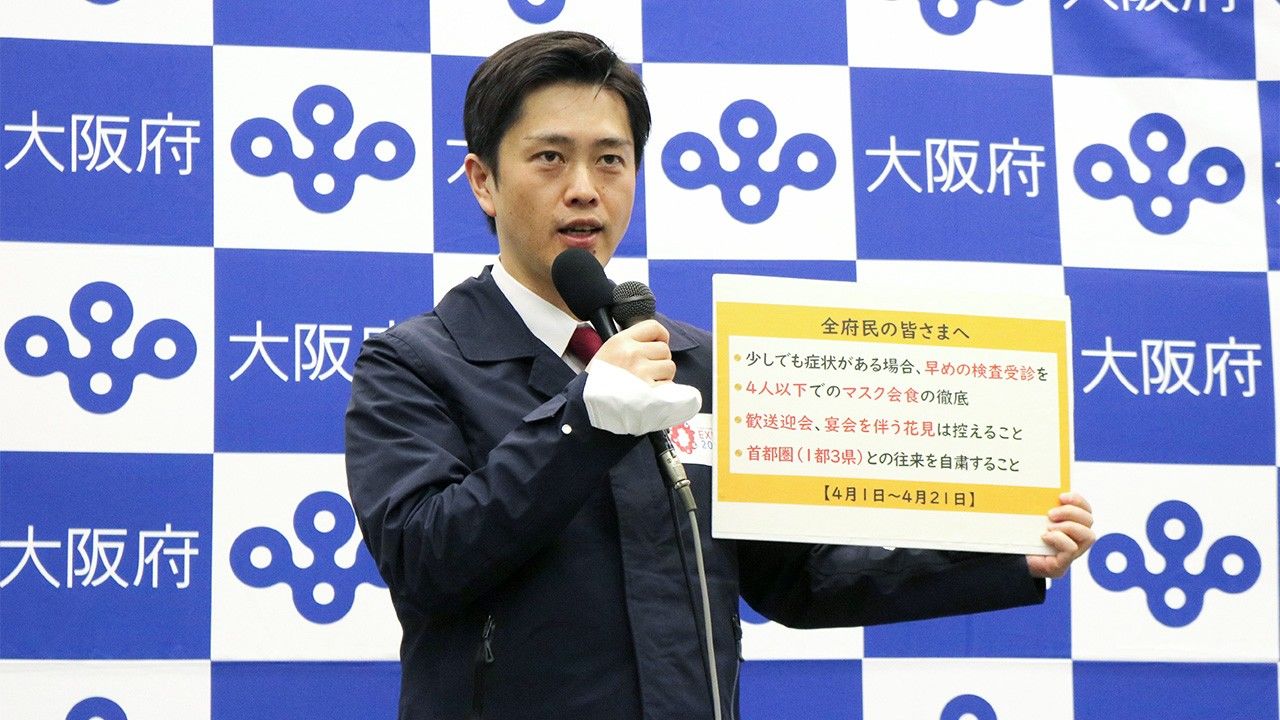 A week and a half after Japan’s second state of emergency was lifted on March 21, the number of daily infections is steadily rising again.

In Tokyo and its neighboring prefectures of Kanagawa, Saitama, and Chiba, the decline in cases ended in late February. Amid concern over a rebound after the state of emergency, since its end Tokyo has shown a gradual increase, reporting more cases each day than the corresponding day the previous week. As yet, figures for the other three prefectures remain largely unchanged.

In Miyagi Prefecture, however, which declared its own state of emergency on March 18, and Osaka Prefecture, which has requested the national government to designate it as requiring stronger measures, there have been clear increases in the numbers of cases. Osaka Governor Yoshimura Hirofumi said on March 29 that the prefecture had entered the fourth wave of infections. On March 30, Osaka reported 432 new cases, which was considerably more than Tokyo.

(Note that the below graphs, intended to show trends in the increase and decrease of cases, are based on data from different prefectures, and compiled according to their individual criteria.) 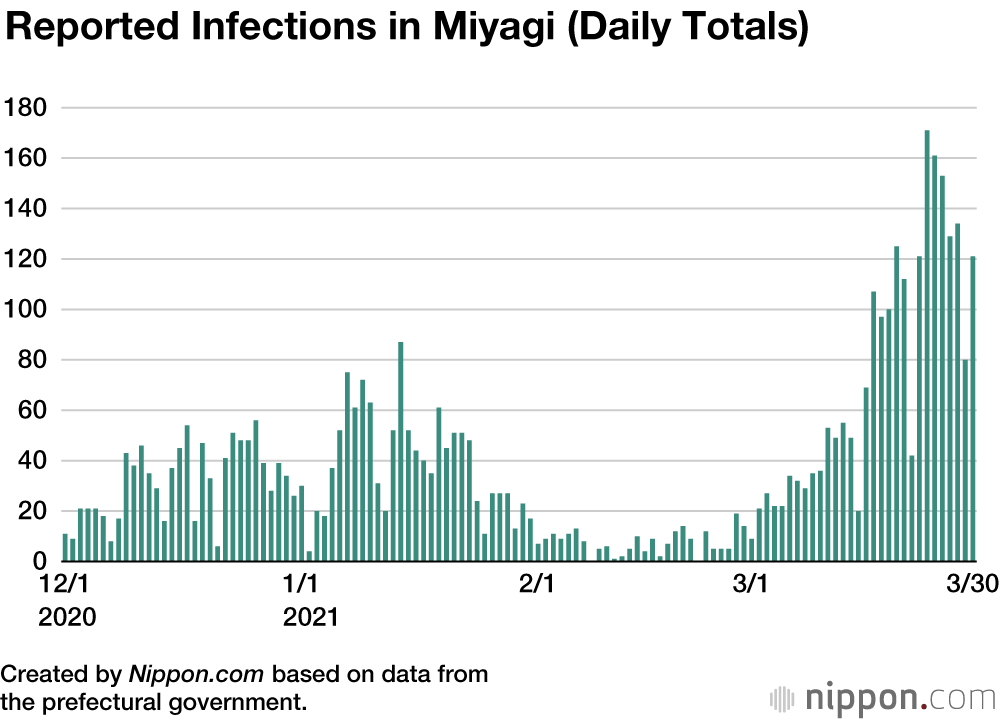 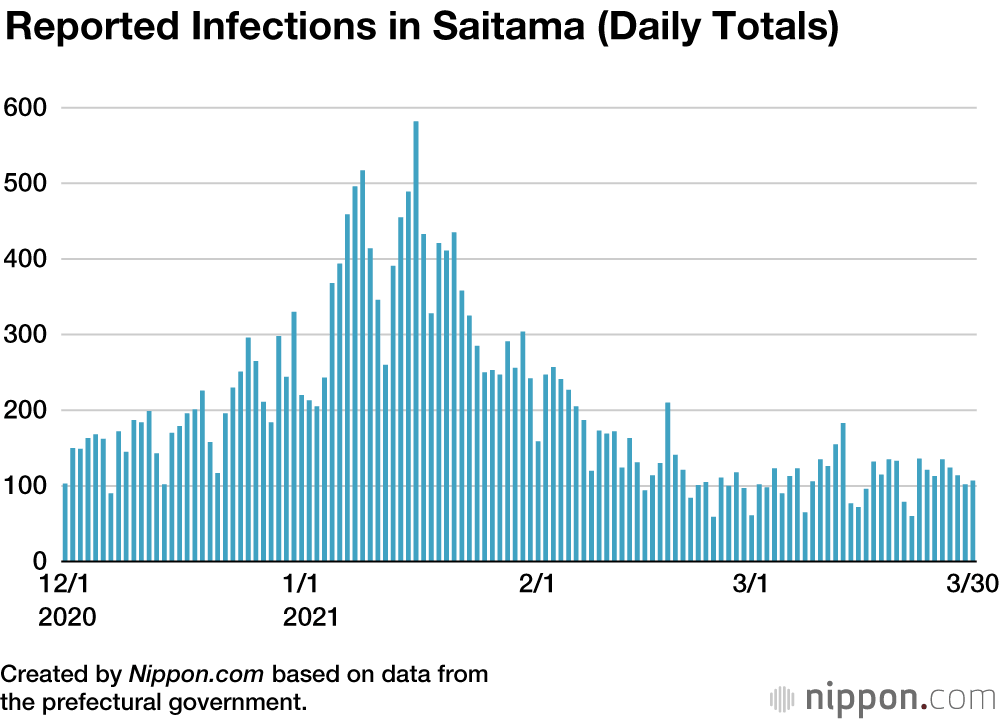 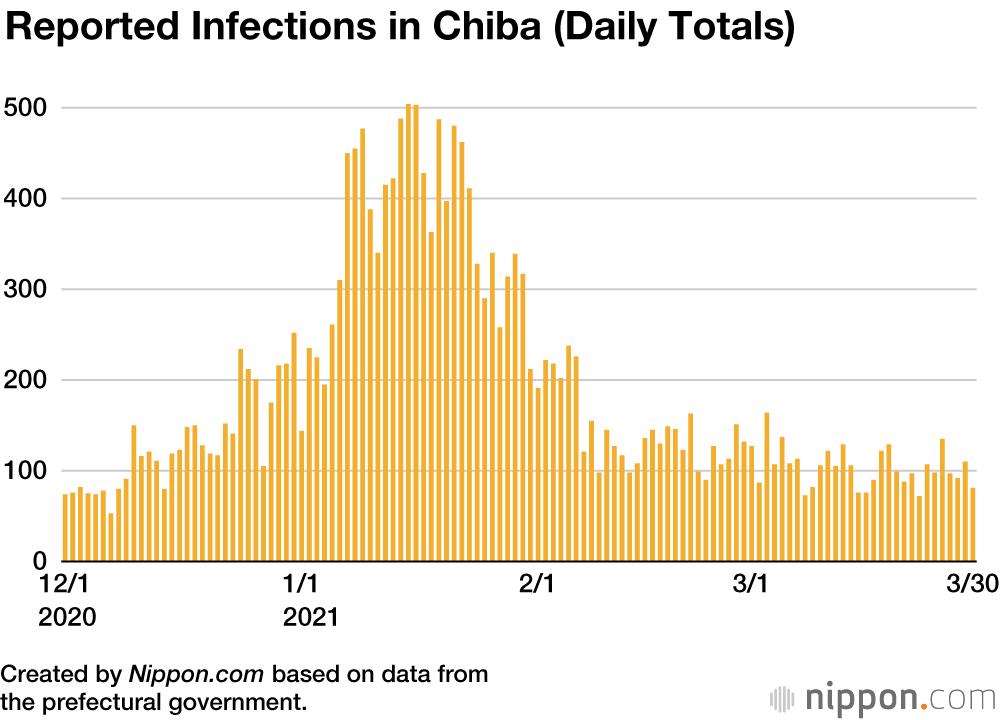 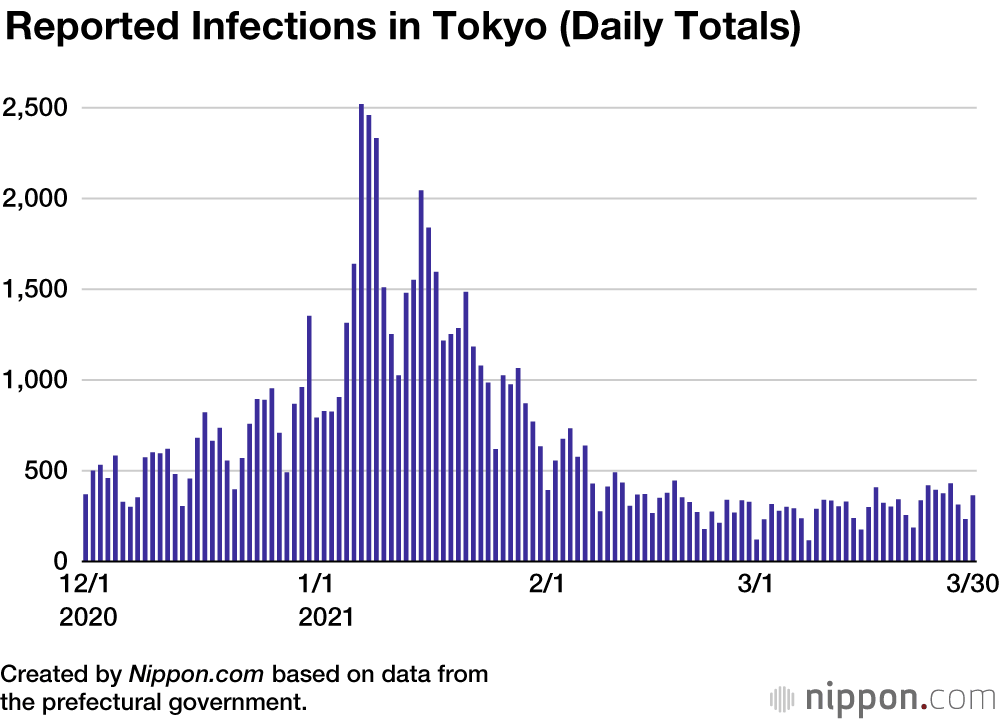 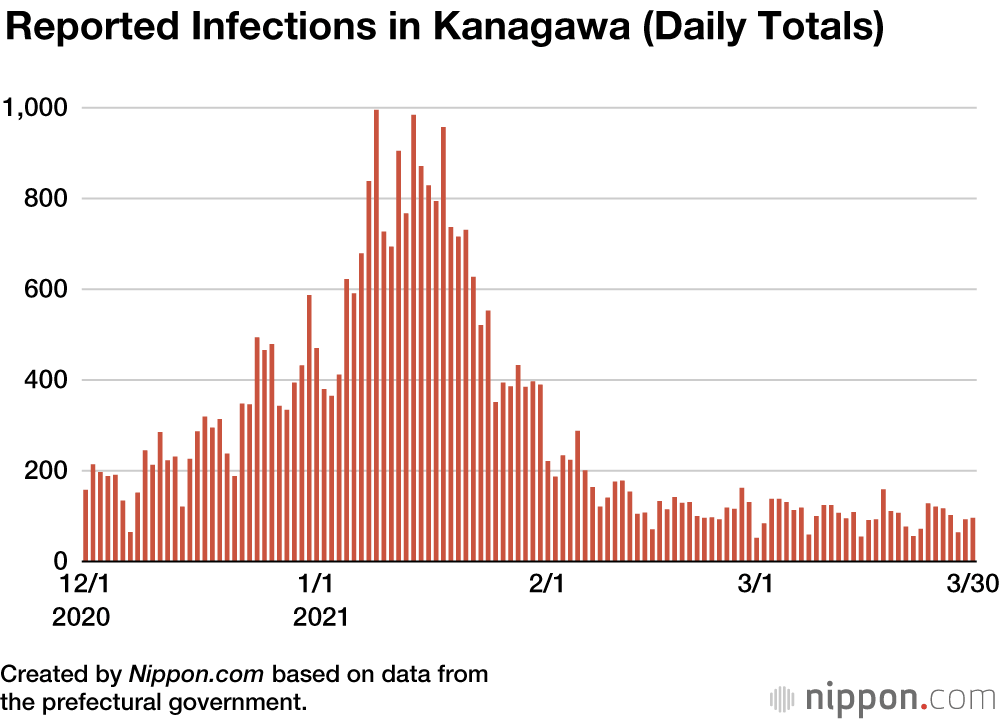 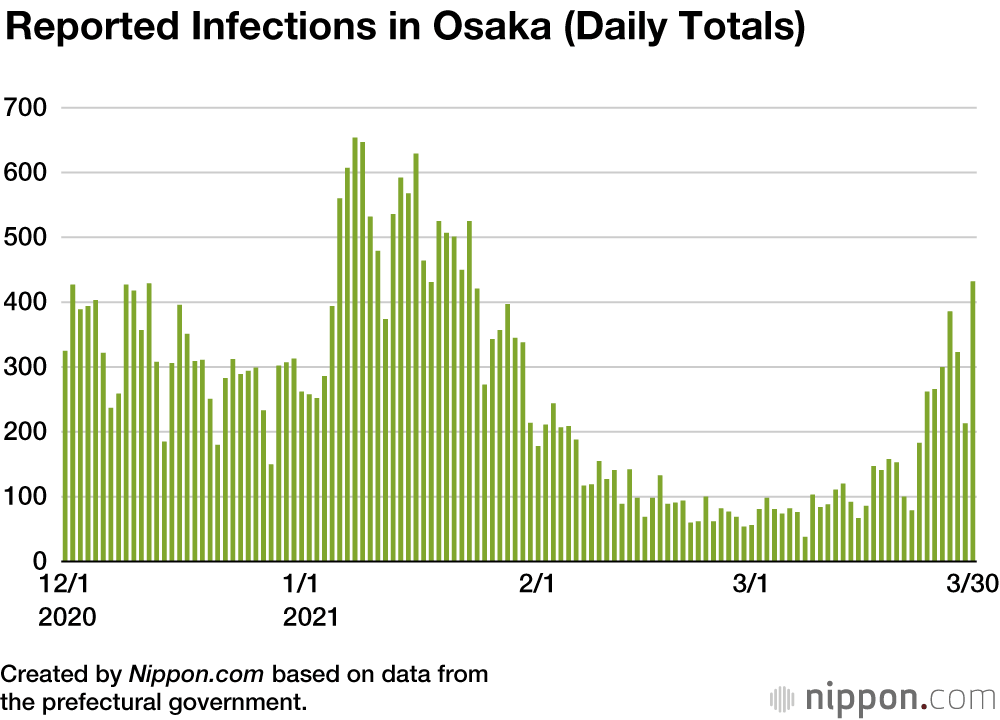