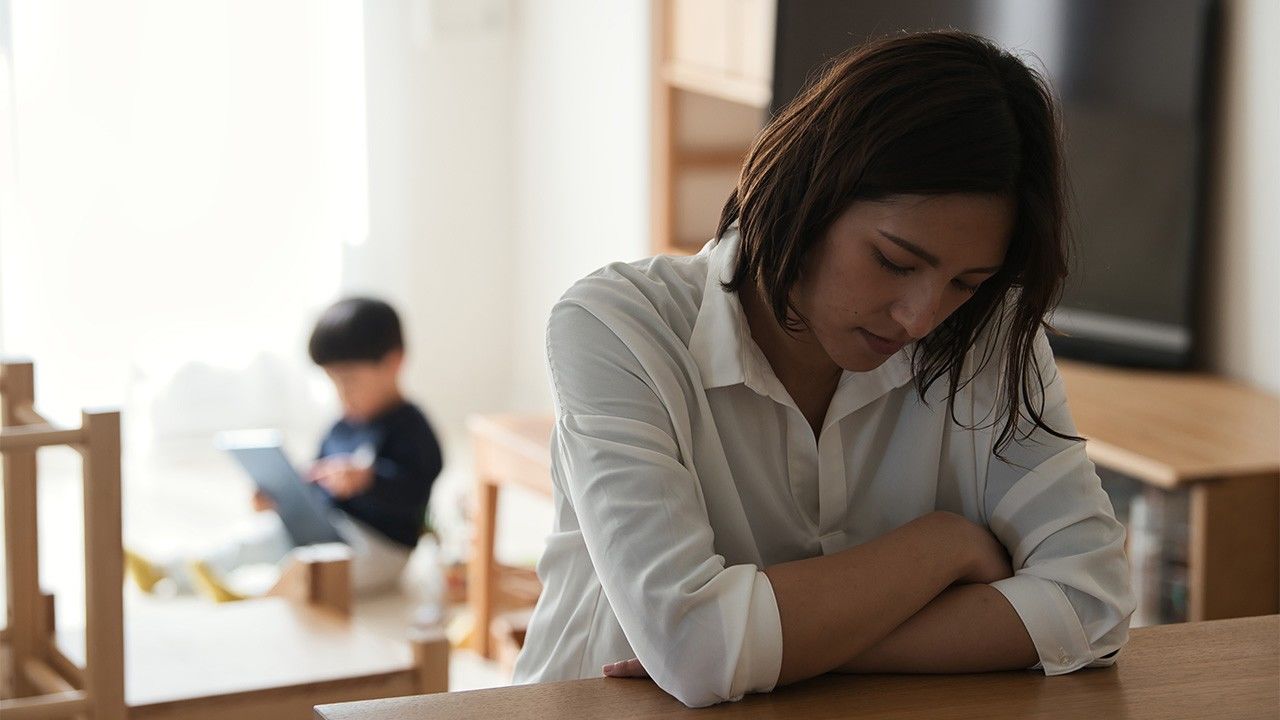 Family Health Society Apr 20, 2021
A survey in Japan has found that many single mothers feel isolated, with no one to lend a hand or talk to about their problems.

The research group National Center for Child Health and Development analyzed the health status of mothers with children aged five or under in 19,139 households across Japan separated into categories as to whether each had two parents or a single mother and whether they were living as a nuclear family with parents and children only, or as a three-generation household with grandparents as well.

The results of the analysis, carried out using the Kessler Psychological Distress Scale (K6) that measures the severity of mental health issues such as depression and anxiety disorders, showed that, at 11%, the ratio of psychological distress tended to be higher for single mothers raising children by themselves compared to single mothers living with their parents or mothers in two-parent households. 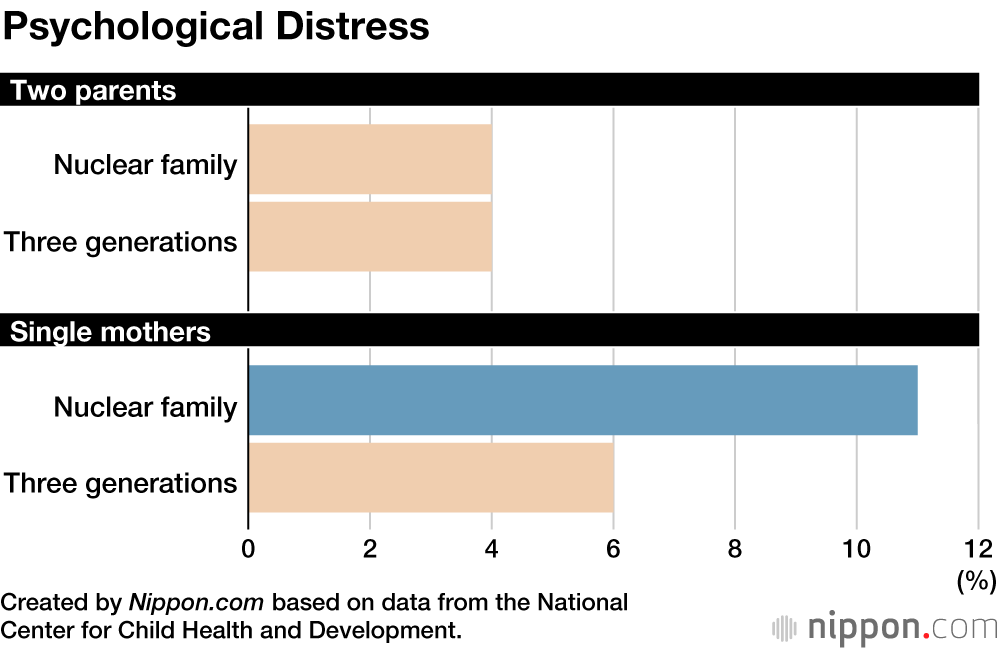 The ratio of single mothers raising children alone who assessed their own health as “not very good” or “bad” was 16%, around double that of the ratio in the other groups. 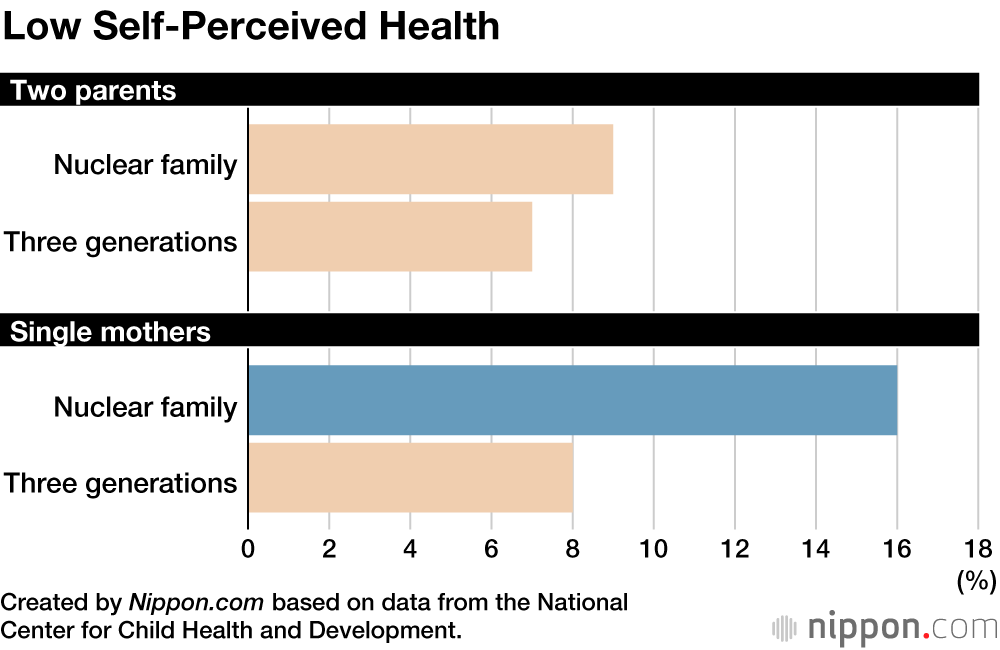 Moreover, of those who answered that they felt stressed or worried in their daily lives, a significant number of single mothers not living with their parents said they had no one to talk to about their problems. 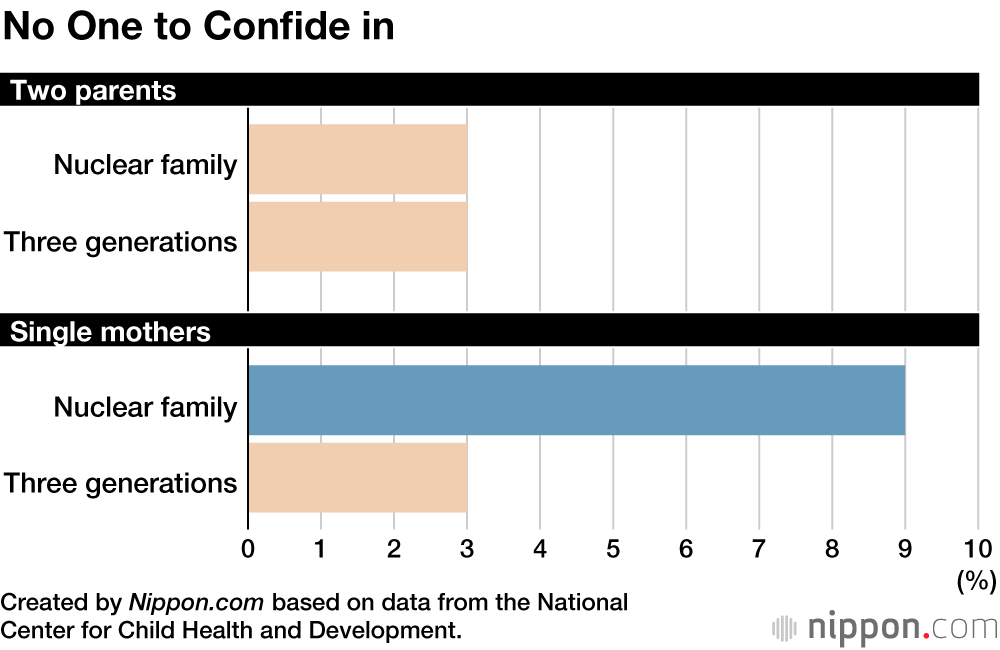 Single mothers raising children by themselves had higher rates for smoking and drinking, as well as for sleeping less than five hours a night, while their rate for sleeping more than seven hours was lower, indicating they were more likely to suffer from lack of sleep.

The research team stated that it was unrealistic to ask single mothers, who were already suffering mental stress and raising children isolated from society due to having no one to confide in, to make more effort to support themselves. It advised that the government use local authority data, such as notifications of pregnancy, to its best advantage to proactively provide support. 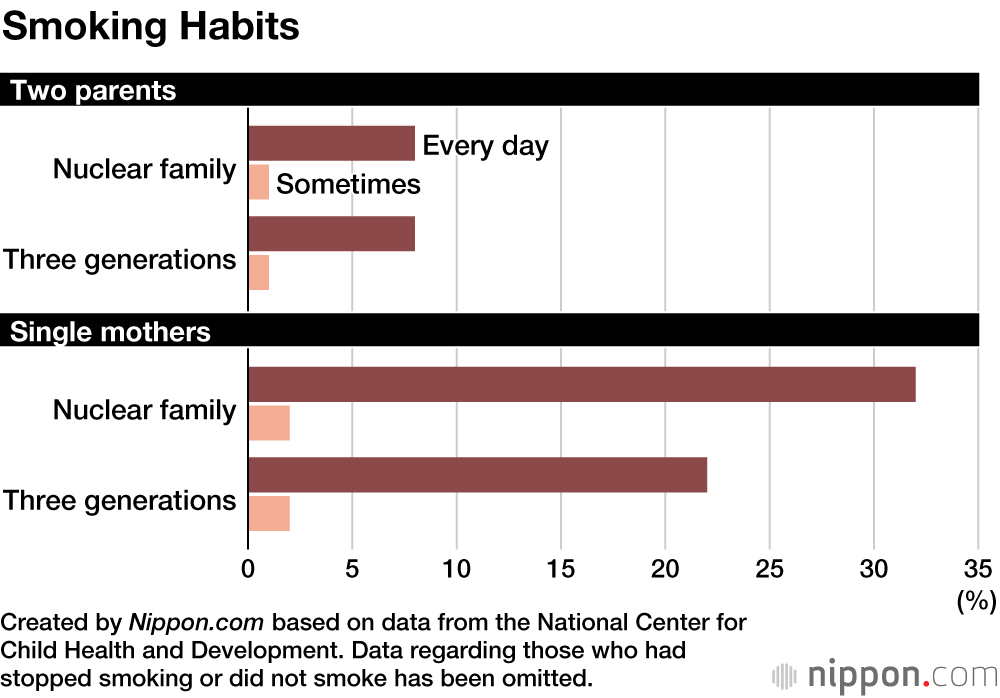 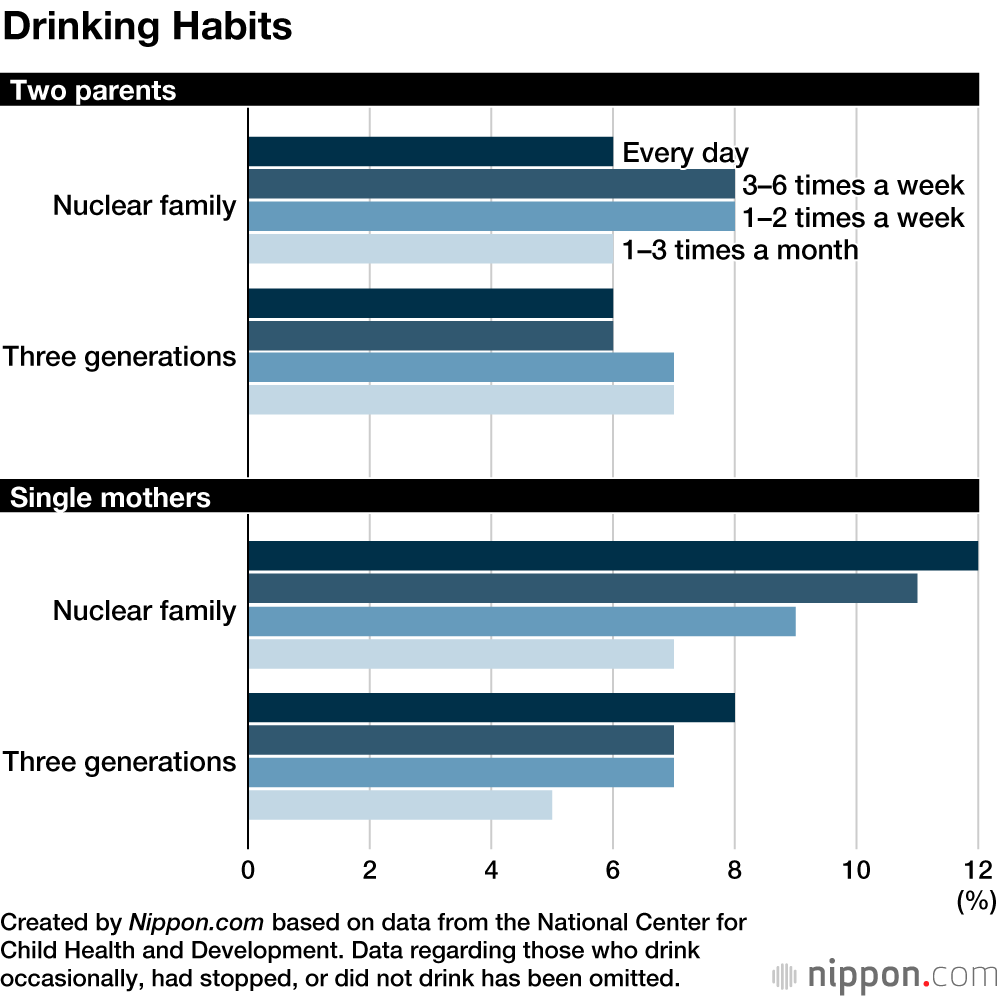 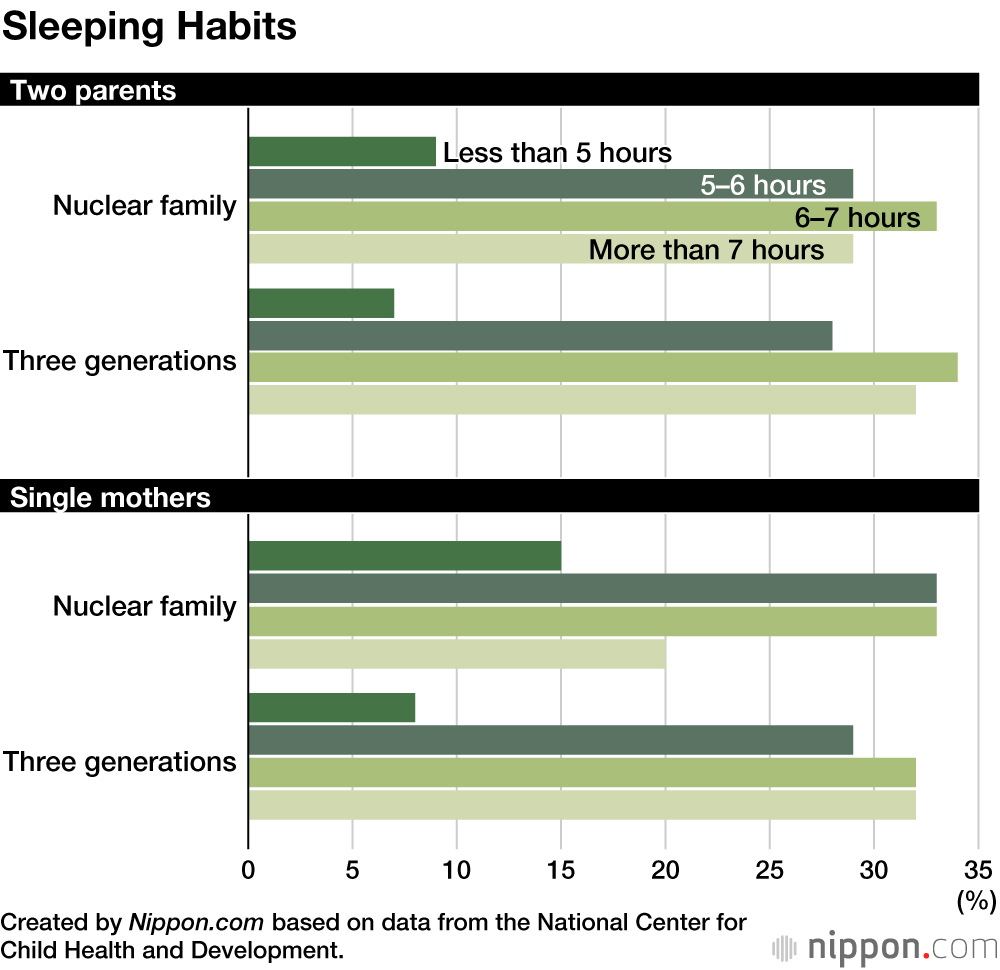 Data from the Ministry of Health, Labor, and Welfare’s 2016 national livelihood survey was used in the analysis. Of the households surveyed, 80% were two-parent nuclear families and 15% were two-parent families with three generations, while 3% were single-mother nuclear families and 2% were single-mother families with three generations. In the future, the research team plans to analyze the psychological distress of single fathers.