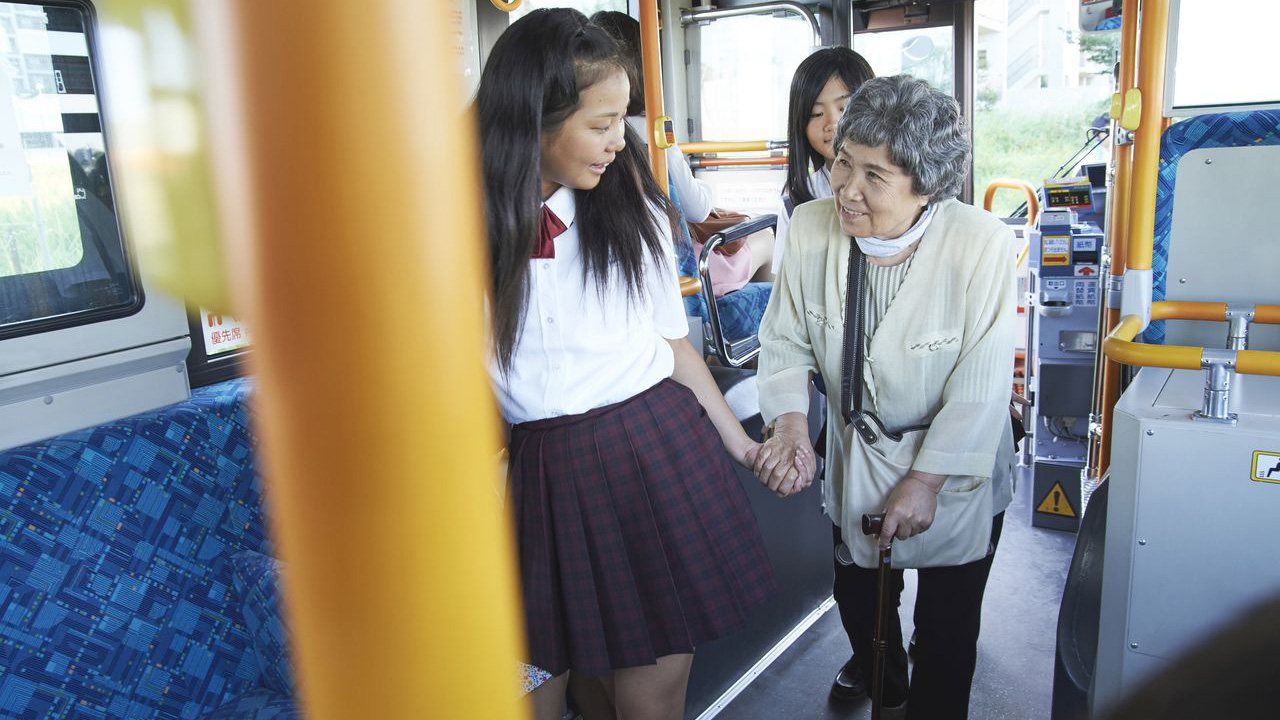 Society Family Health May 6, 2021
A significant number of Japanese junior and senior high school students must divide their time between schoolwork and looking after family members. A recent government survey brings this disturbing trend into stark light.

A recent Ministry of Health, Labor, and Welfare survey revealed that 5.7% of second-year junior high students and 4.1% of second-year high school students are so-called young carers—children who look after younger siblings or provide nursing care for family members. The study, the first of its kind in Japan, looked at the demands on student caregivers and highlighted the negative effects on education.

More than 45% of young carers said they looked after a family member on almost a daily basis and 17% said they cared for someone three to five days a week. On average, students spent four hours a day on caregiving, while 10% answered that they spent over seven hours on care daily. 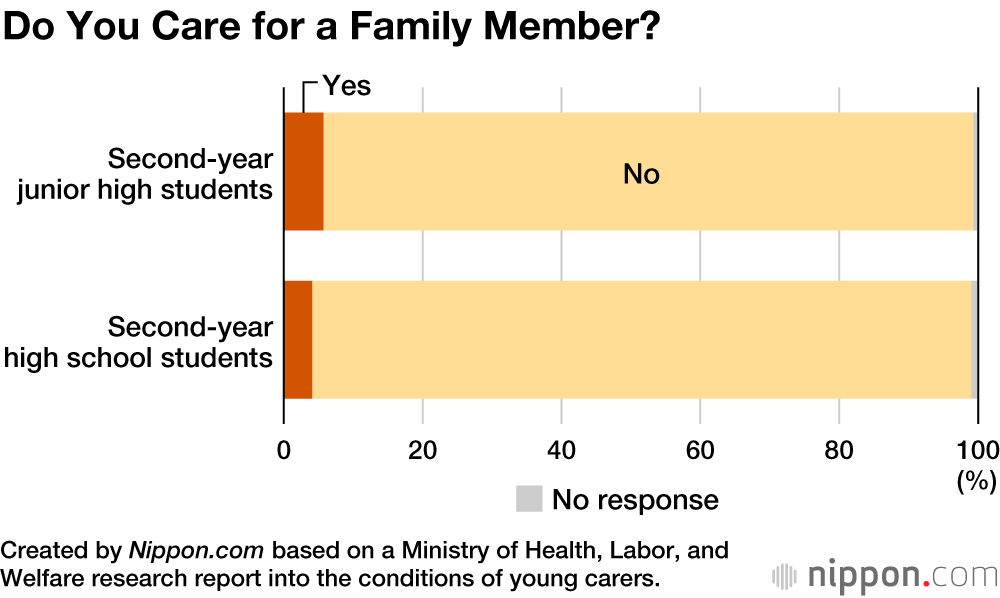 Young carers most often looked after siblings, with 61.8% of second-year junior high students and 44.8% of second-year high school students saying they cared for other children in the household, followed by a parent, and then a grandparent. 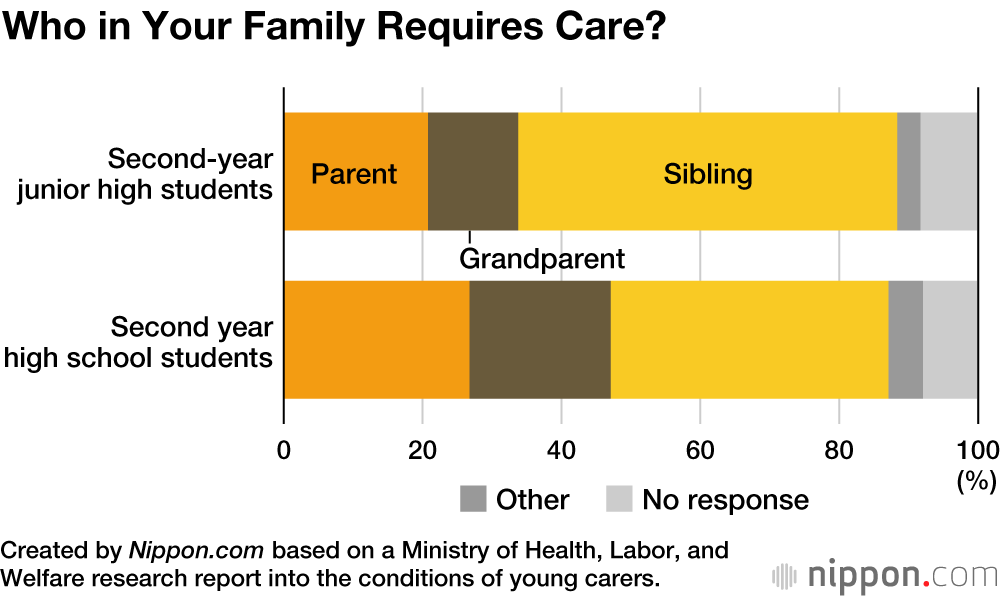 The burden of caregiving often negatively impacts school life. Compared to other students, young carers tend to have more absences and are more likely to be late for school or need to leave early. In addition, respondents cited common issues like falling asleep during class, not doing homework or finishing assignments, and handing schoolwork in late, situations that are directly attributable to the significant demands of caregiving. The survey also indicated that these students tend to be isolated at school. 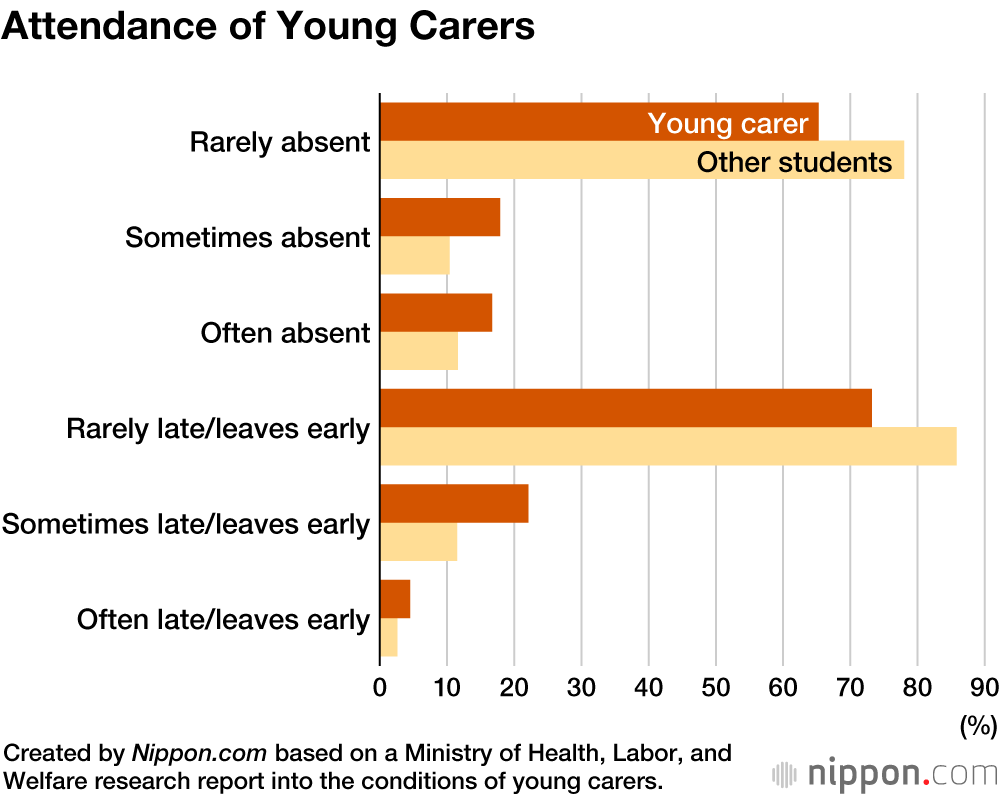 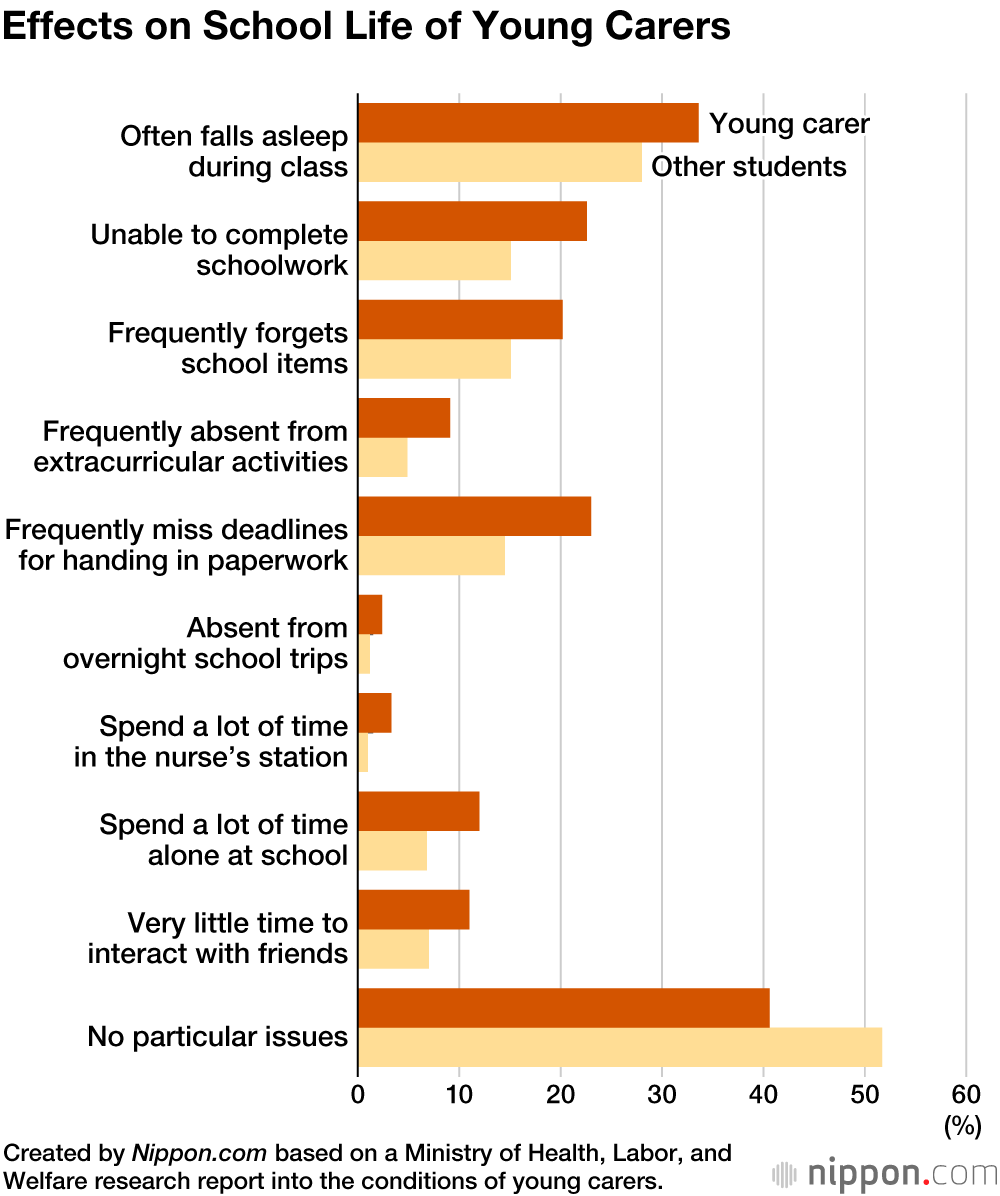 The survey was conducted online from December 2020 through February 2021 and targeted 170,000 second-year students at 1,350 public junior high schools and high schools nationwide. More than 13,000 responses were received.

Individual comments by respondents illustrated the varied circumstances of students. For instance, one young carer explained that she understood the need to help her mother, who is divorced, as her father does not provide financial support, but that her grades have suffered because she is often late or absent from school. Another students spoke about the difficulty of caring for a family member who is severely disabled and how the relative’s condition make it difficult to secure a spot at one of the few facilities for people needing a high level of care. Comments like these illustrate the desperate situations that many young carers face.