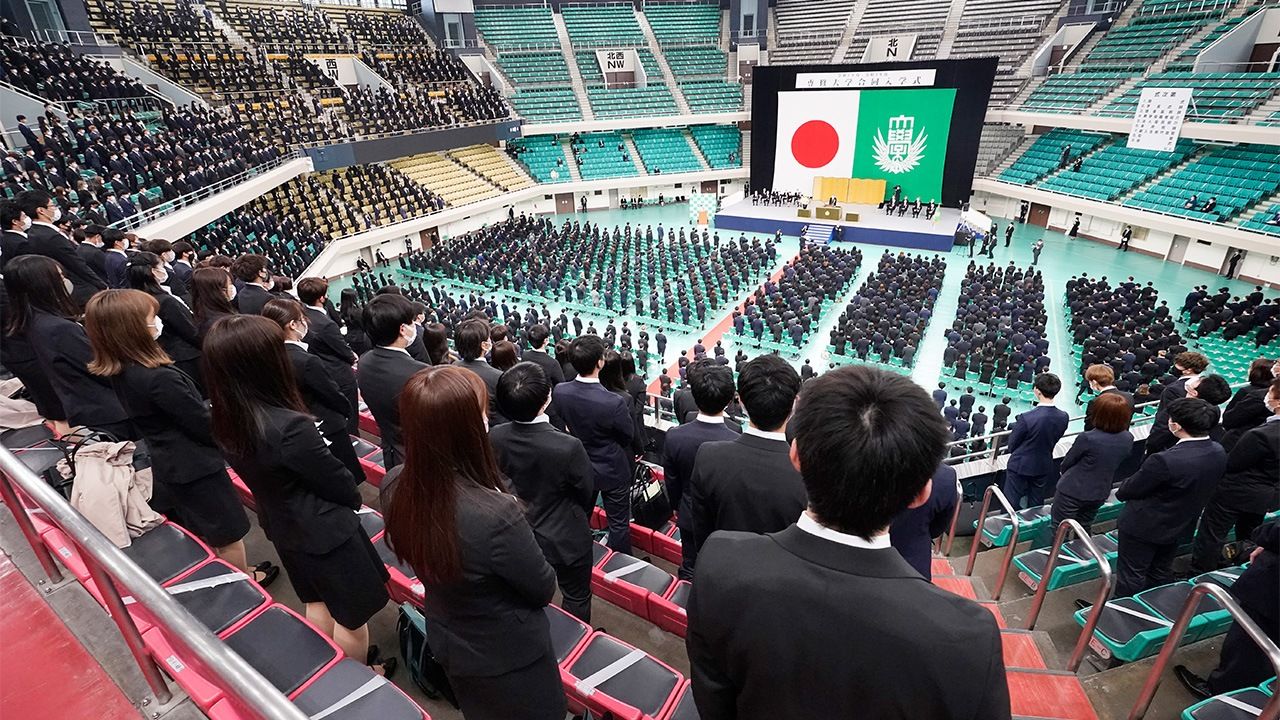 Society Economy Education May 11, 2021
The amount of financial support students at private universities in Tokyo and neighboring prefectures receive from home to cover living expenses fell to an all-time low in 2020.

Spring is the start of the school year in Japan, a time when droves of newly minted university students leave the nest for life in the big city. However, a survey by the Tokyo Federation of Private University Faculty and Staff Union found that freshman in the capital region living away from home received less financial input from parents and guardians than ever before.

Students who entered private universities in Tokyo and neighboring prefectures at the start of the 2020 academic year on average received ¥82,400 monthly for living expenses from June to March (expenditures for April and May are typically higher to cover one-time costs like rental deposits), the lowest amount on record. This was ¥700 less than the previous low during the 2018 academic year and ¥42,500, or 34.0%, below the record high of ¥124,900 in 1994.

The survey, conducted from May to July 2020, polled parents or guardians of new students at nine private universities in Tokyo and the surrounding prefectures of Kanagawa, Chiba, and Saitama, with a total of 5,382 valid responses being received. Parents or guardians of university students living away from home accounted for 32% of respondents. 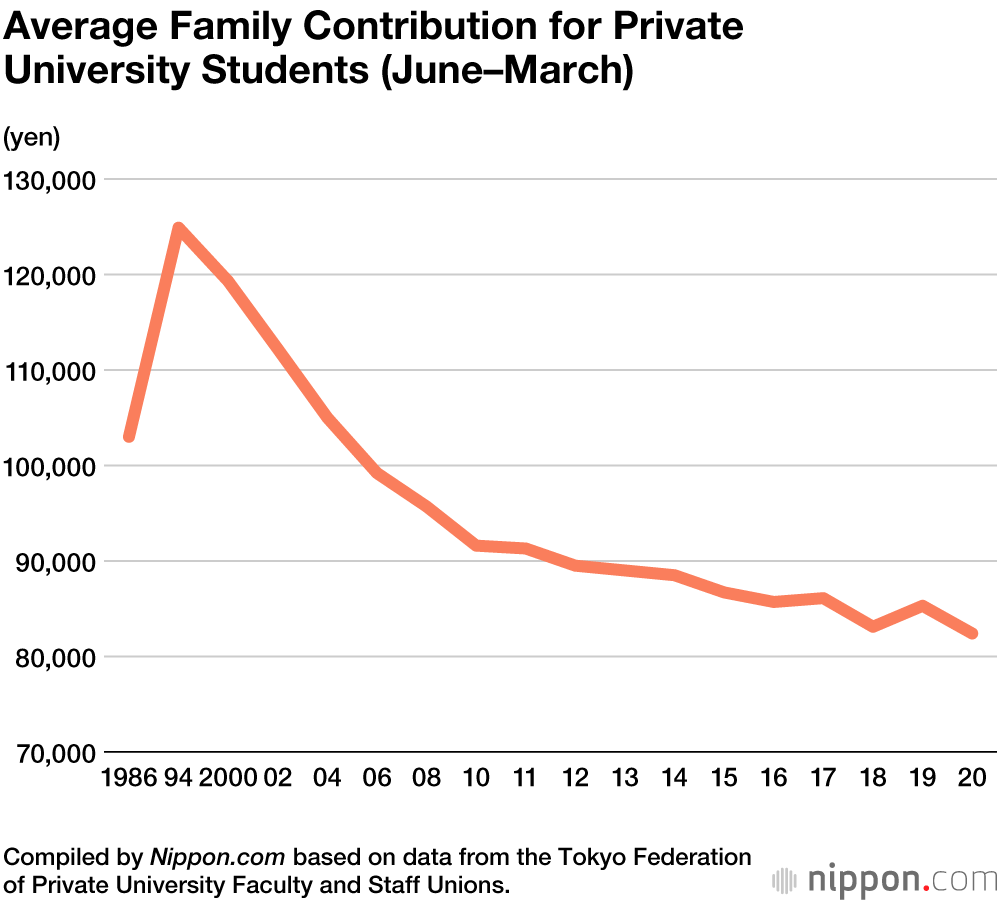 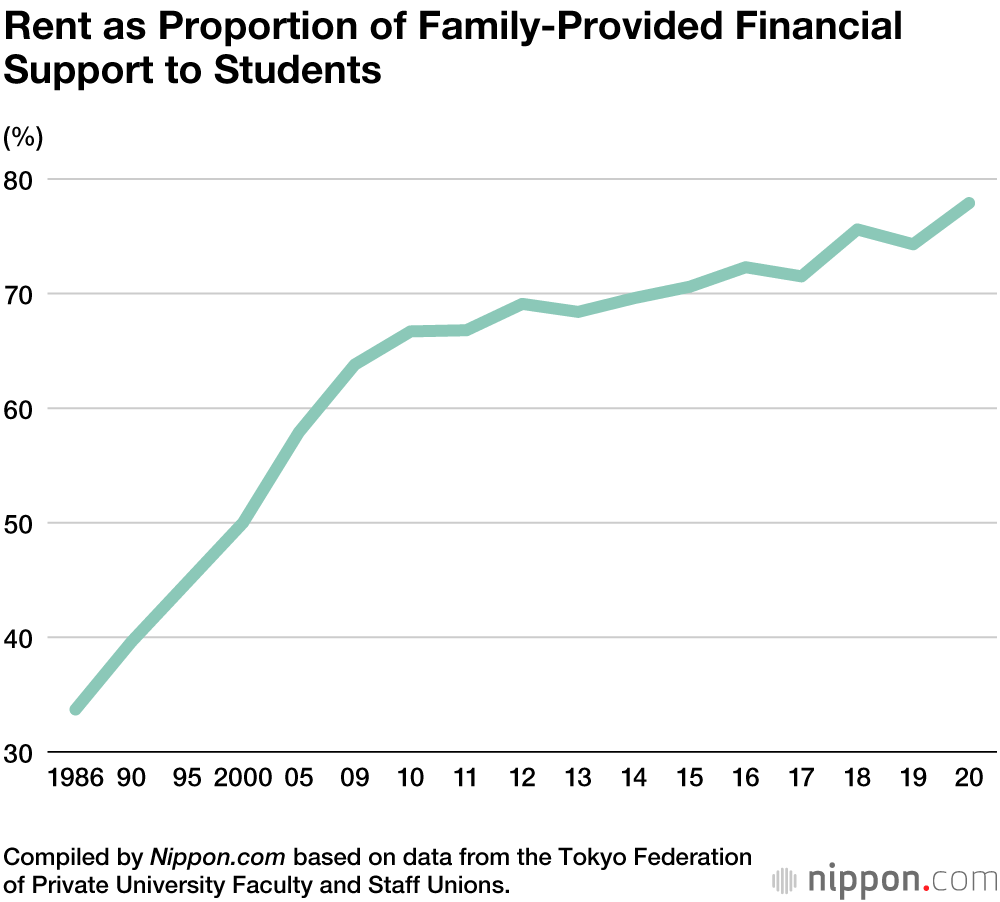 Total expenditures from entrance examination to enrollment, including the examination fee and first-year tuition, averaged ¥2,201,000 for students living on their own, ¥500,000 more than the ¥1,598,000 average for students commuting from home.

Some students rely on grants and scholarship to help cover living expenses. Part-time jobs are also a common way to boost monthly budgets, although the COVID-19 pandemic has decreased the number of positions available, further straining students’ finances.

(Translated from Japanese. Banner photo: Students at Senshū University attend the school’s entrance ceremony at the Nippon Budōkan in Chiyoda, Tokyo, on April 5, 2021. The event, canceled the previous year due to COVID-19, included first- and second-year students. © Jiji.)