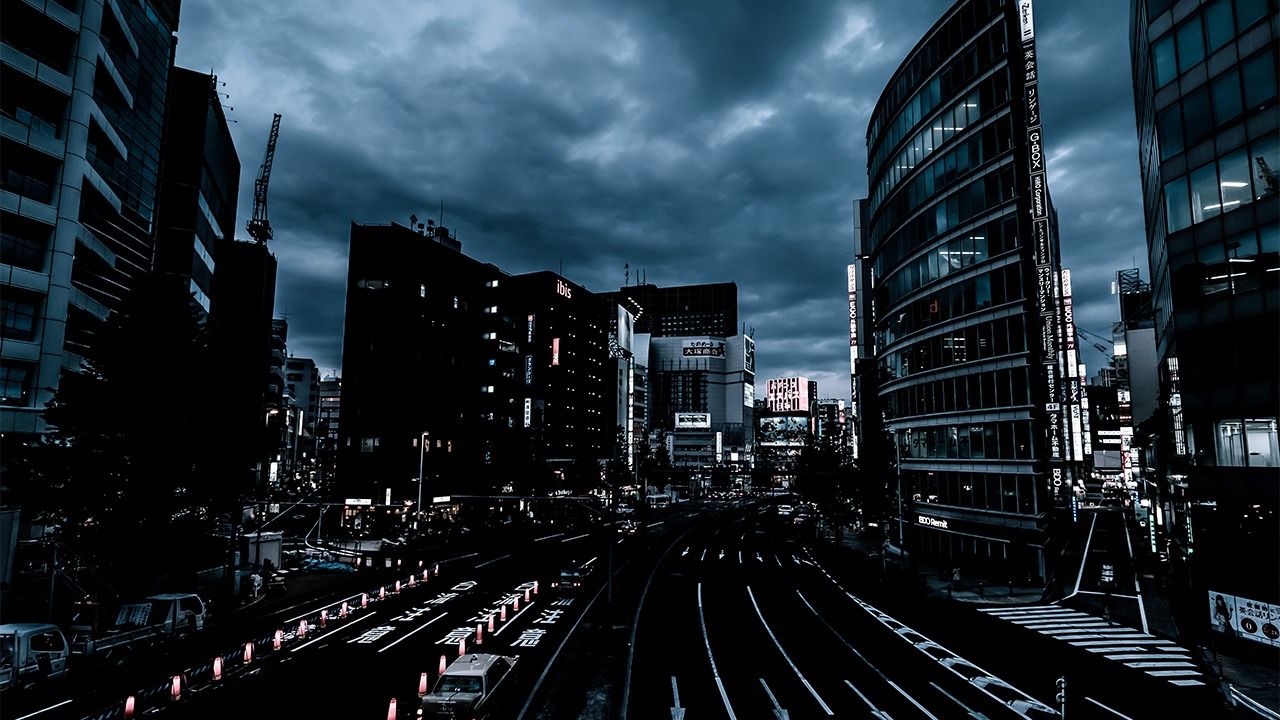 On April 18, the Cabinet Office announced that Japan’s GDP for fiscal 2020 decreased year on year by 4.6%, in the second consecutive annual decline. The decrease, which was even steeper than the 3.6% drop that followed the 2008 global economic crisis, was the largest decline since statistics on GDP were first kept in fiscal 1956.

Since April 2020, when the first state of emergency for COVID-19 was declared, people have been repeatedly urged to refrain from unnecessary excursions and avoid crowded or confined spaces. As a result, personal consumption, which sustains domestic demand, fell sharply by 6.0%. Overseas demand also plummeted by 10.4%, due to the global spread of infections. 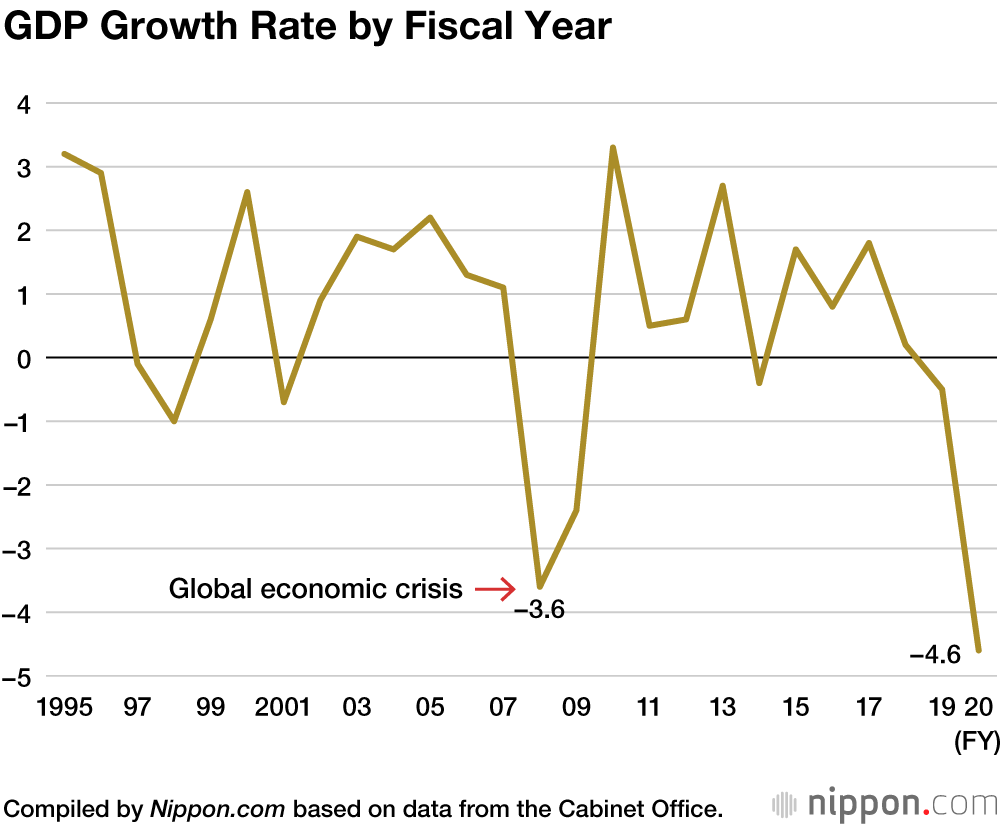 The preliminary seasonally adjusted GDP for the January to March quarter of 2021 was down 1.3% in real terms compared to the previous quarter and down 5.1% on an annualized basis. In January 2021, a second state of emergency was declared for the Tokyo metropolitan area and other parts of Japan, and personal consumption slumped due to requests to shorten business hours and refrain from unnecessary excursions. The result was the first negative growth in three quarters.

In April, a third state of emergency was declared for Tokyo and other prefectures, which was extended and expanded to other areas in May. In Japan, among the 36 million seniors aged 65 and over, only 1.1 million had received at least one dose of a COVID-19 vaccine as of May 17, due to chaotic reservation systems in many areas and a lack of medical staff. This stands in contrast with the vaccination progress in the United States, where there are clear signs of economic recovery. If Japan’s current situation continues, a recovery during the April to June quarter is unlikely. 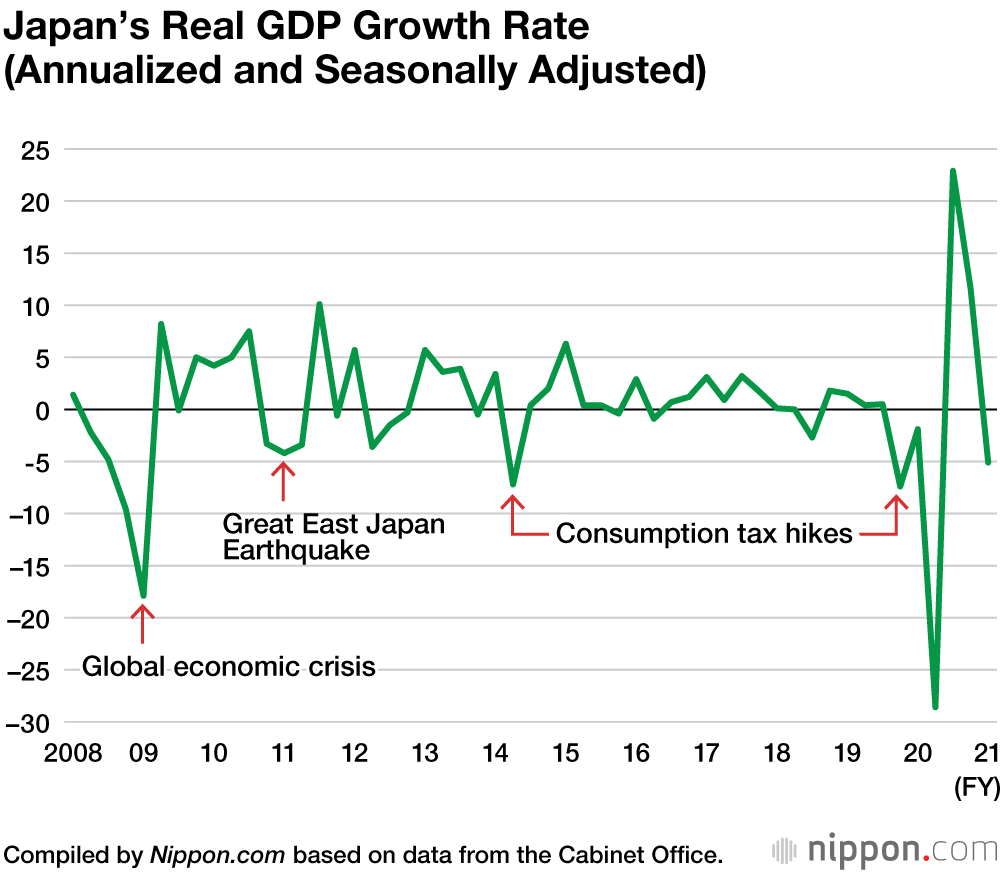 Compiled by Nippon.com based on data from the Cabinet Office.