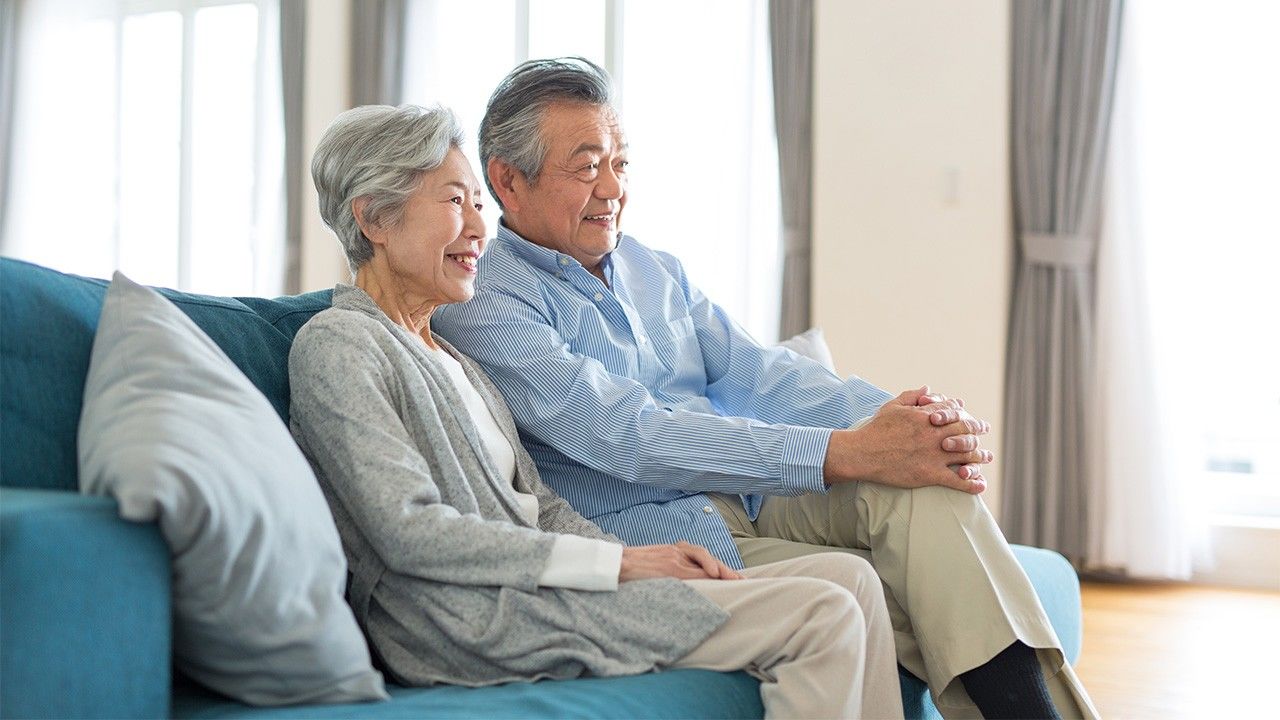 Economy Society Lifestyle Family Jun 25, 2021
Many Japanese households headed by someone aged 60 or over are financially comfortable.

A nationwide survey conducted by the Cabinet Office in 2020 of people 60 or older found that 63.6% had either “no worries” or “few worries” concerning their day-to-day spending. Although income decreases as people reach retirement age, many seem to have secured a stable retirement by building up their assets in the meantime.

By age group, the amount of savings and the percentage of home ownership increase with the age group, while the amount of debt peaks among those in their thirties and begins to decrease thereafter. The basic pattern is to take out a mortgage in one’s thirties and then steadily pay back that loan.

Net savings, or savings minus debt, increase the higher the age group of the head of the household. The jump in savings in a person’s sixties is thought to be due to the lump retirement payment received by company employees. Households headed by those in their sixties and seventies who have paid off a mortgage by retirement age have larger net savings than other age brackets. 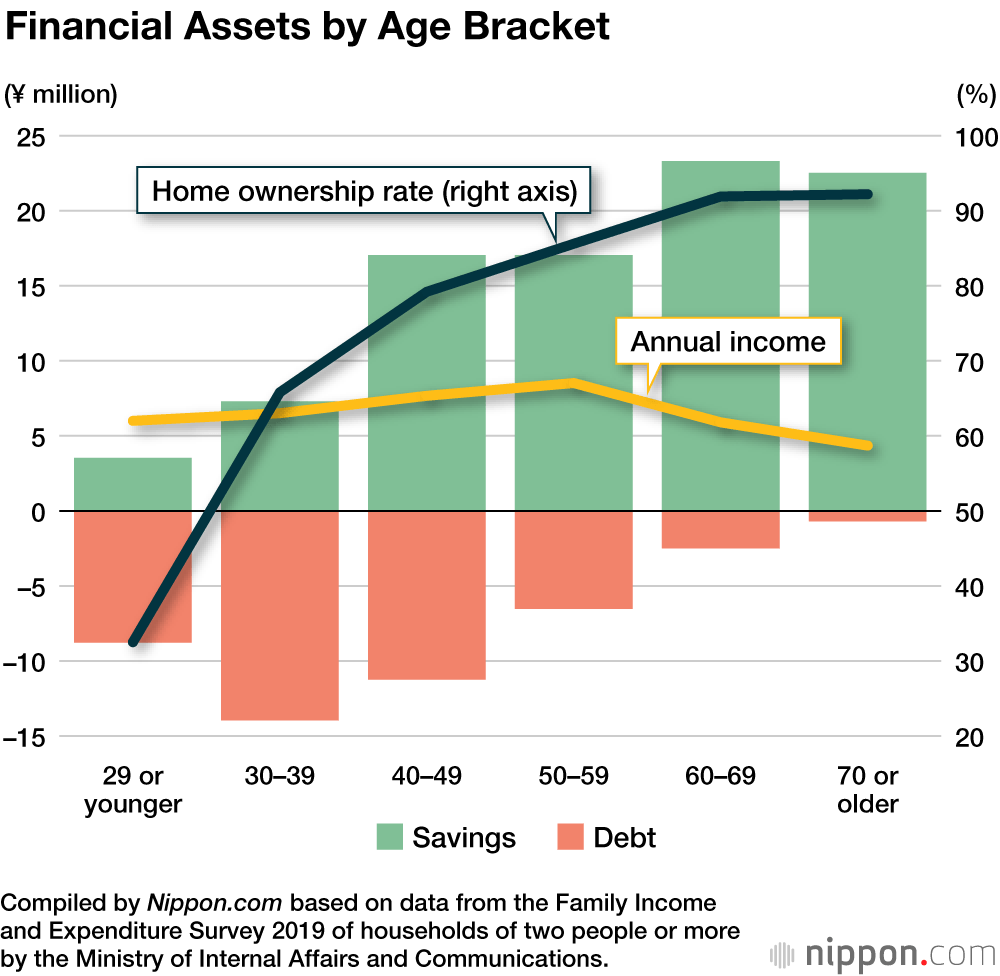 The survey found that 17.3% of the households headed by a person 60 or older have ¥40 million or more in savings, exceeding the 11.4% rate among all households with two or more people. 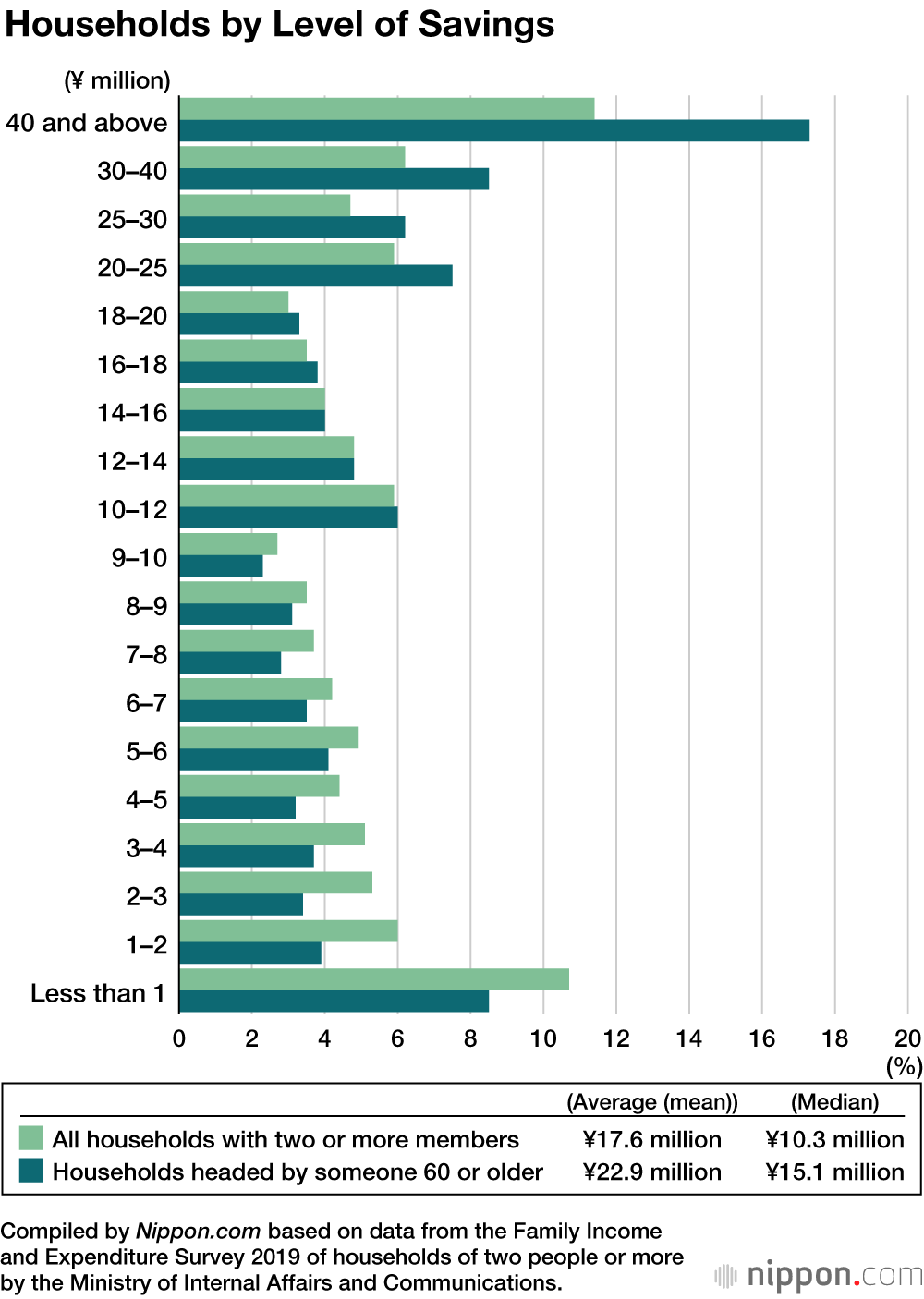