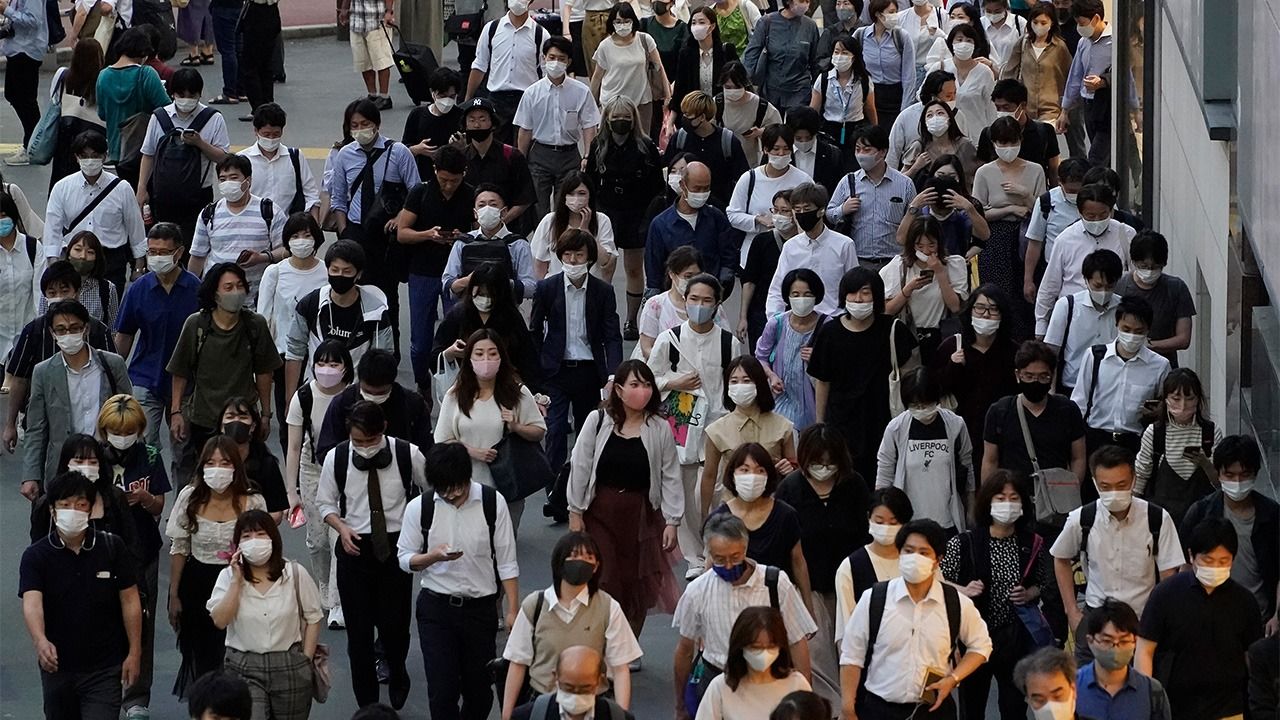 COVID-19 Infections in Tokyo Show Gradual Rise Ahead of Olympics

Society Health Politics Tokyo 2020 Jul 7, 2021
While COVID-19 infections have decreased in the rest of Japan since mid-May, there has been little change in Tokyo and its three neighboring prefectures, which now account for around two in three of the country’s daily cases.

More than two weeks have passed since the COVID-19 state of emergency was lifted in Tokyo, Osaka, and seven other prefectures on June 20. Since then, however, in Tokyo and three neighboring prefectures of Kanagawa, Saitama, and Chiba, the number of daily cases has been gradually increasing.

The government declared its third state of emergency on April 25, initially in Tokyo, Osaka, Hyōgo, and Kyoto. Before the Golden Week holiday period, department stores, theme parks, and other facilities were asked to shut down as part of efforts to control the spread of the coronavirus.

At the time, Kansai (Osaka, Hyōgo, and Kyoto) was most seriously affected, but following Golden Week in early May, the number of daily cases started dropping, apparently indicating that the state of emergency had been effective. From June 21 onward, Kansai has not as yet seen a rebound in cases.

In the Tokyo area, however, while cases slightly decreased from around the middle of May until the end of the month, there was not as clear a decline as in Kansai. It appears that the state of emergency was lifted before its effects were evident.

Every day from June 20 until July 6, the number of cases reported in Tokyo was higher than the same day a week earlier. With the opening ceremony of the Olympic Games just over two weeks away on July 23, cases in the capital appear set to continue rising. 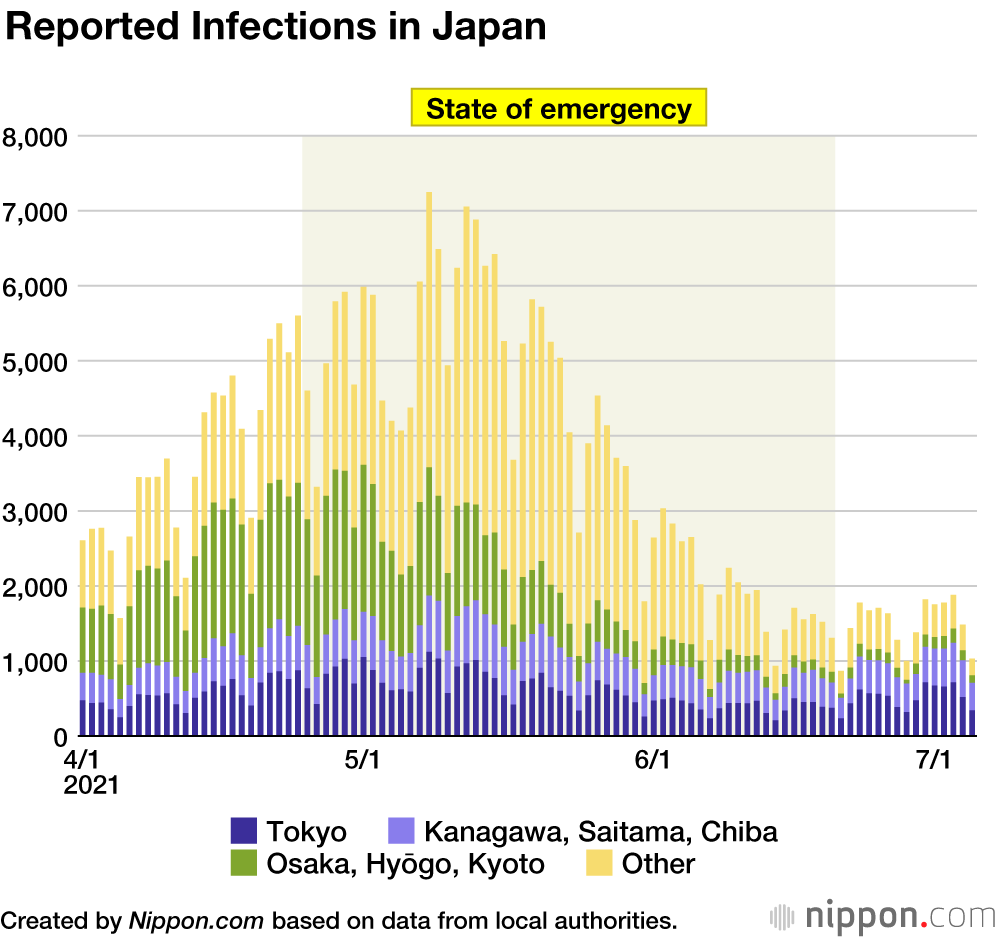 (Originally published in Japanese. Banner photo: Crowds in Shinjuku, Tokyo, after the lifting of the state of emergency. © Jiji.)