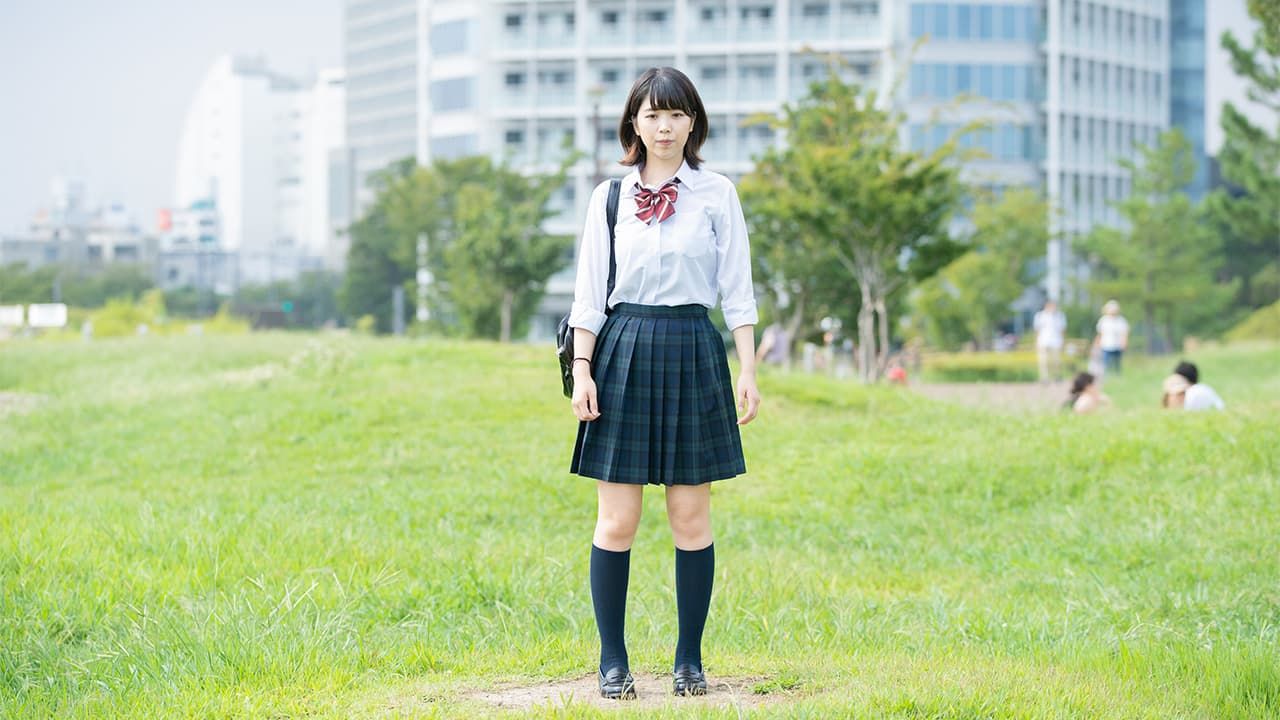 Education Society Gender and Sex Aug 16, 2021
A recent survey questioned Japanese teenagers on their ideas about sex and sex education.

The Nippon Foundation conducted a recent survey on the theme of sex, targeting 1,000 boys and girls aged between 17 and 19. While girls were apparently more experienced, the survey revealed that they actually held more negative impressions of sex than boys. 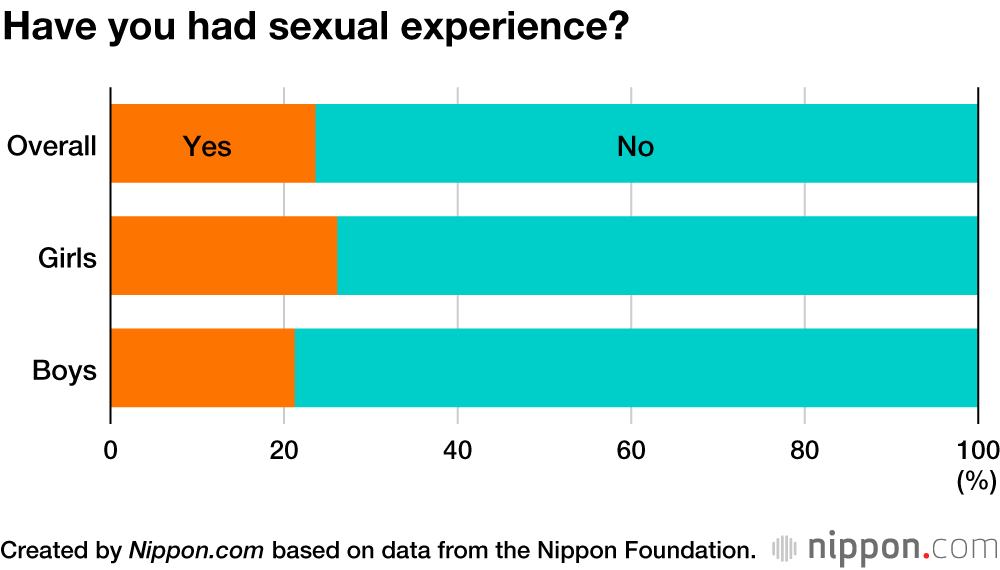 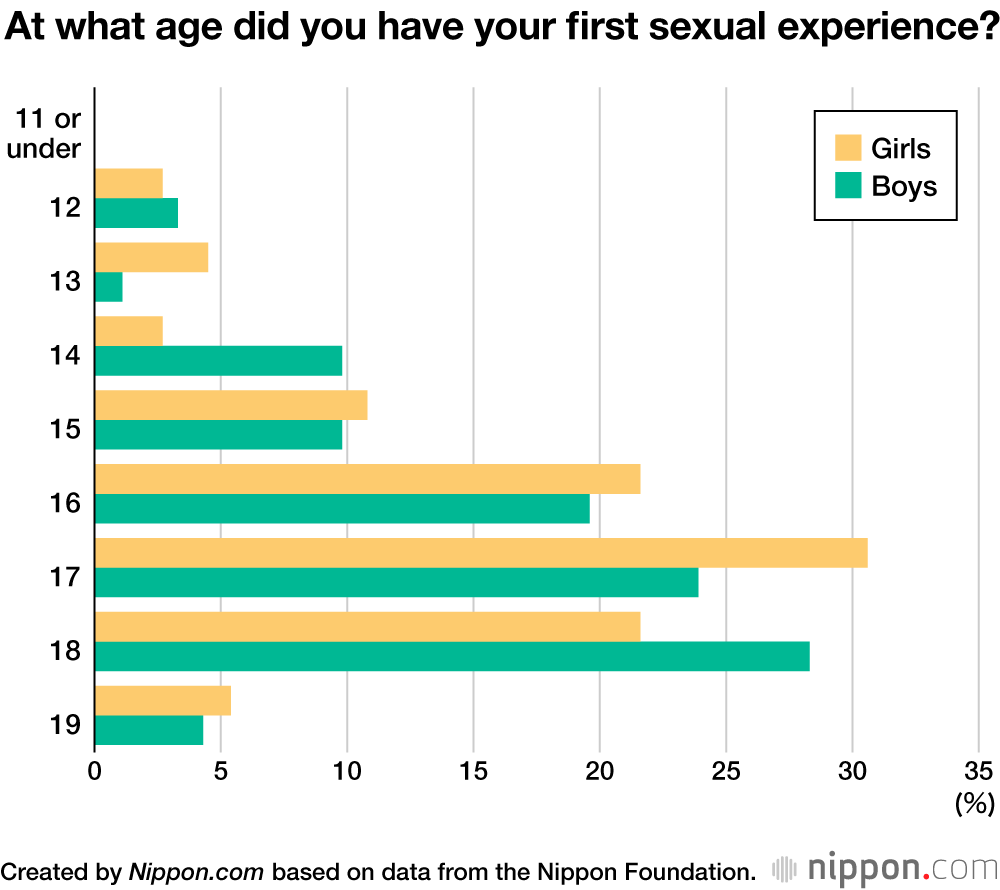 The image each gender held of sex greatly differed. Boys had more positive attitudes, with 66.7% saying they felt it was “enjoyable,” 40.8% saying “happy,” and 39.1% thought it “fun.” In contrast, girls showed that they had a less positive image with only 33.7% answering “enjoyable,” 25.4% saying “happy,” and 12.9% “fun.” Instead, they had more negative impressions than boys, being more likely to see it as “gross,” “unpleasant,” and “painful.” 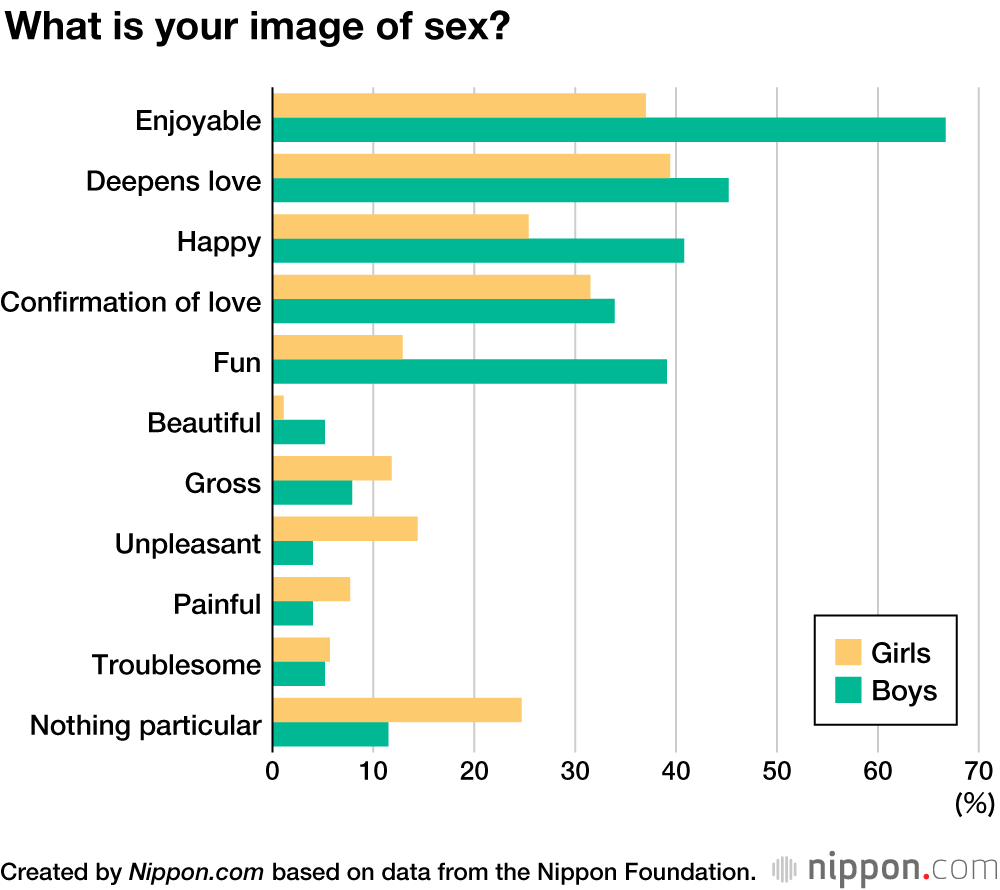 Asked where they had learned about sex, the majority of boys, with 50.8%, said from “friends” and 49.0% from “adult websites,” while the most common response from girls, at 48.6%, was “school lessons.” 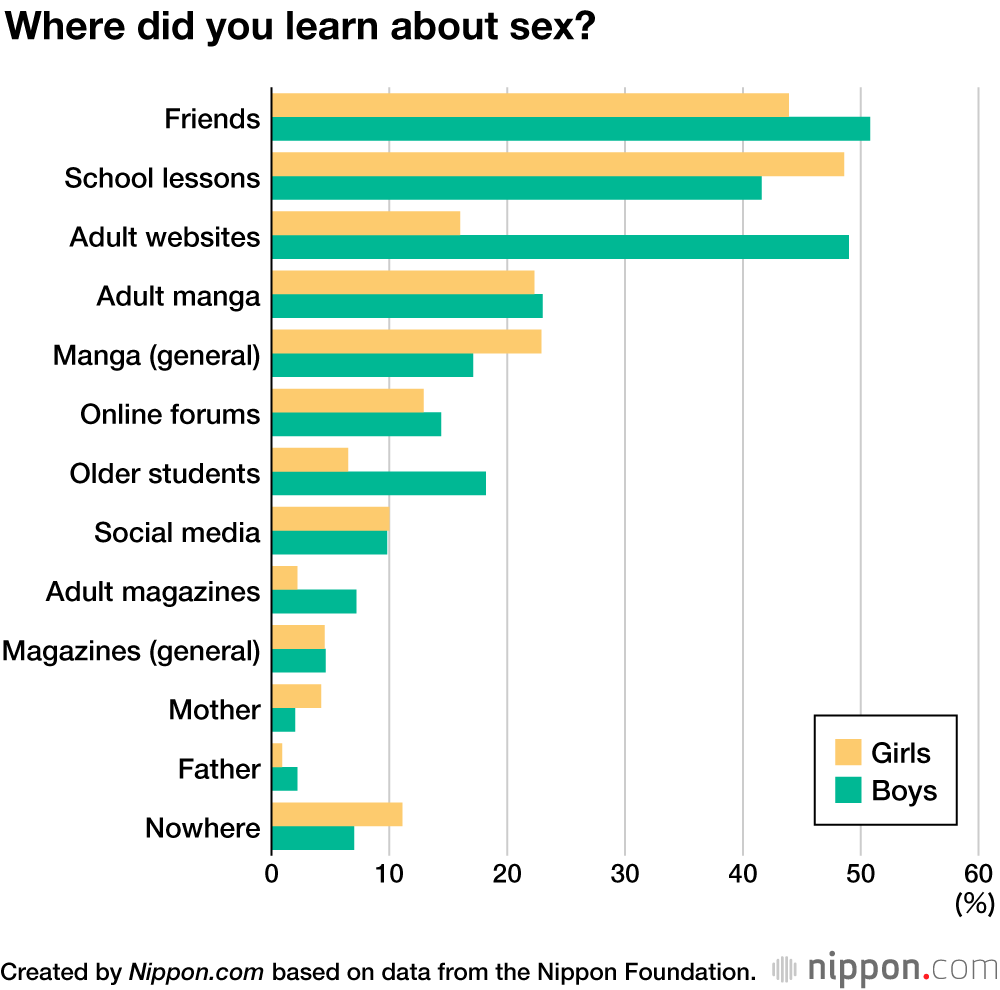 Asked about sex education lessons at school, more girls than boys said they had wanted to learn more about “gender equality,” “violence, such as date rape, and how to protect oneself,” and “making decisions on and refusing sex.” 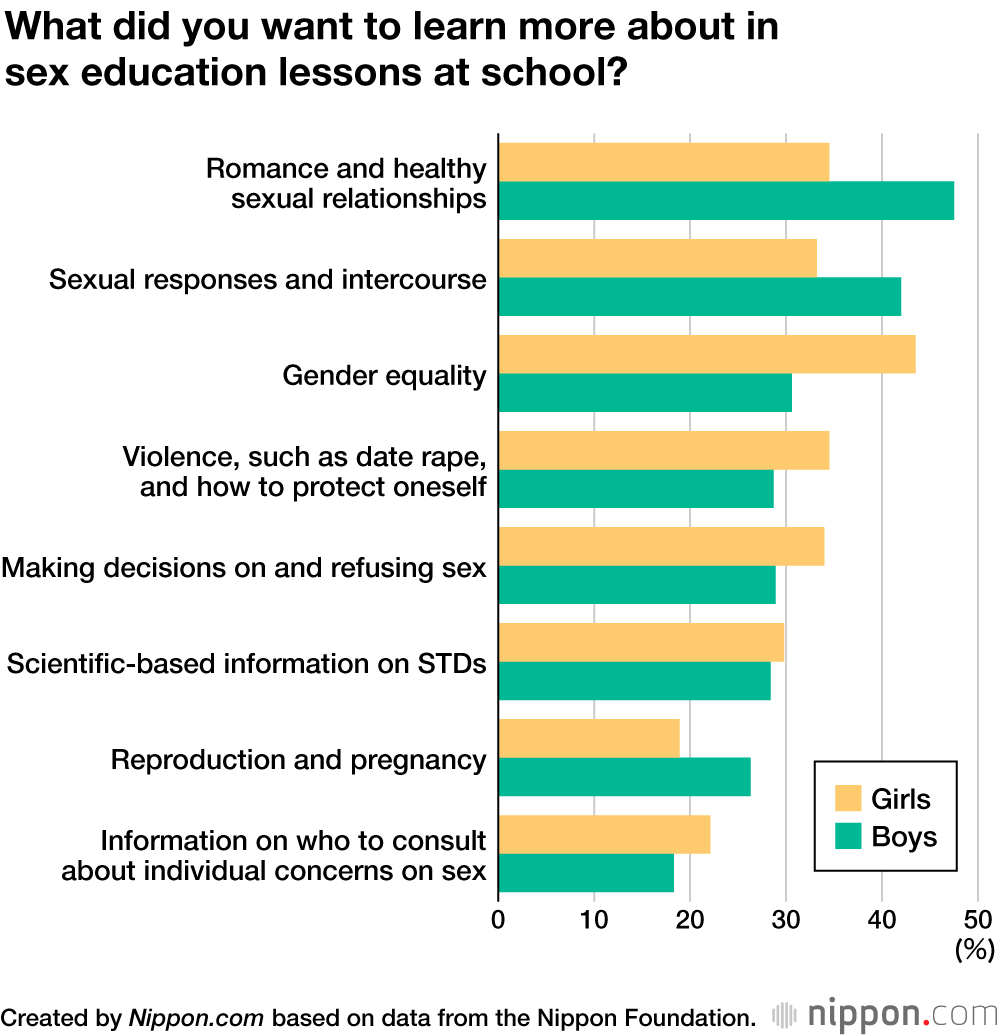