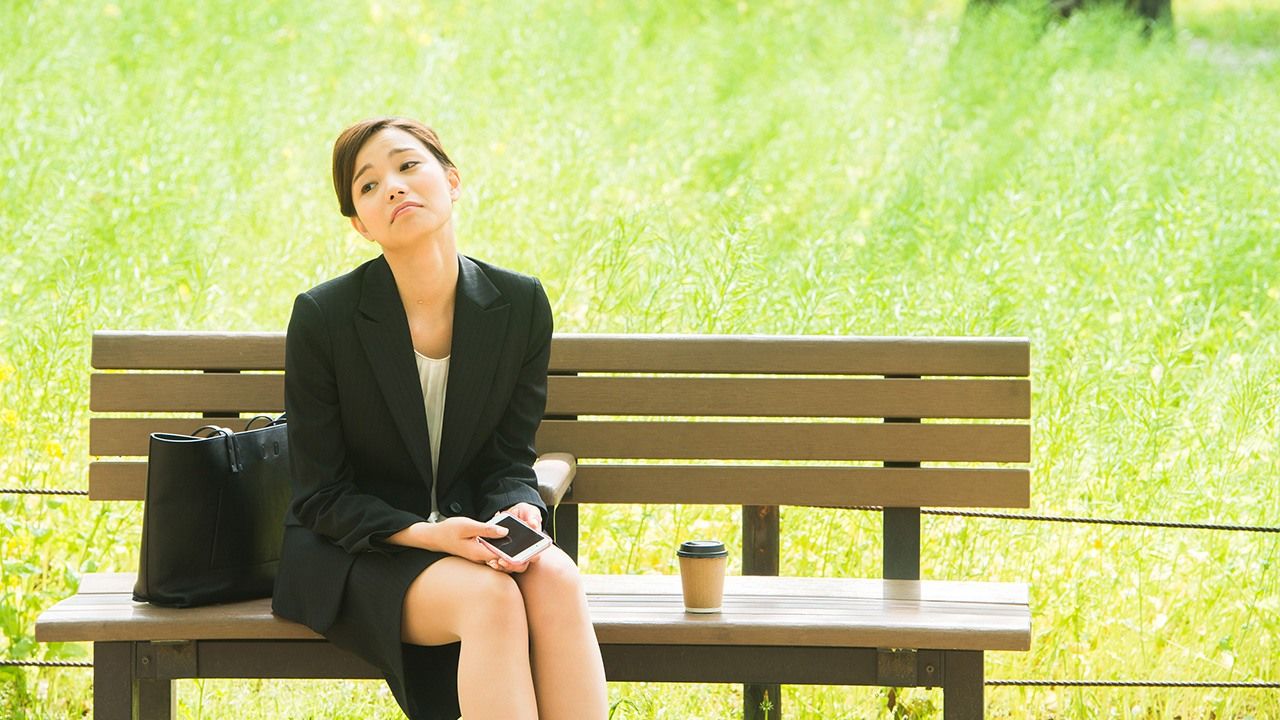 Keidanren (the Japan Business Federation) announced that the average 2021 summer bonus fell 8.3% from the previous year to ¥826,647. This is the third consecutive decrease and the first time in four years that the average has dropped under ¥900,000. It is also the largest drop since 2009, when there was a fall of 17.2% due to the global economic crisis. This average was based on a summary of 159 companies’ agreed bonuses, taken from a survey conducted by Keidanren targeting 252 companies, all listed on the First Section of the Tokyo Stock Exchange and with more than 500 employees.

Due to corporate earnings worsening during the COVID-19 pandemic, there has been a fall in bonus amounts across a wide range of sectors. A particularly significant drop of 17.0% (¥773,522) was seen in the nonmanufacturing sector, the largest such decrease since the survey began in 1997. 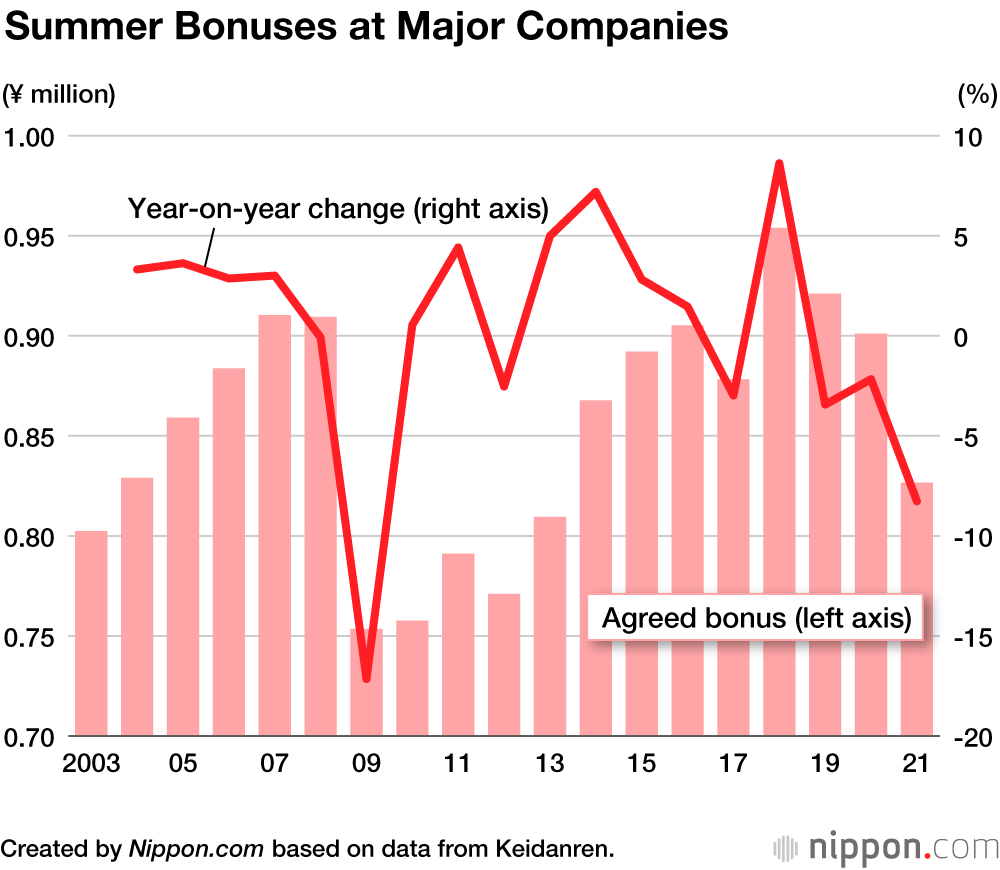 Created by Nippon.com based on data from Keidanren.

The largest decrease was seen in the railway sector, with a 25.5% drop for Japan Railways and 18.6% for private railways. The pandemic has brought a fall in rail travel for both regular journeys and longer trips. Construction and automobiles also saw double-digit drops. However, compared to 2020, increases in summer bonuses were seen in the sectors for cement, food products, and electricity.

Created by Nippon.com based on data from Keidanren. Does not include all sectors, as some companies have been excluded from the total due to average amounts being unknown.