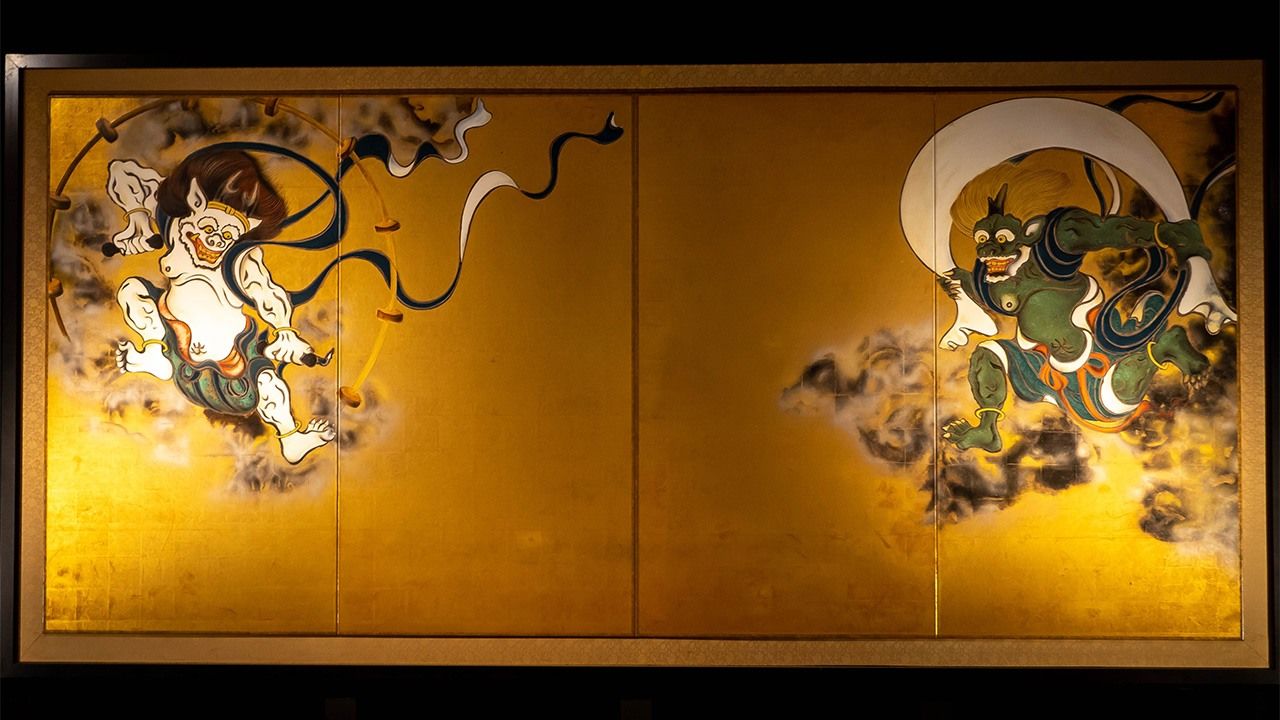 Culture Art Sep 6, 2021
A brief introduction to Japanese folding screens, and some of the words associated with them.

The Japanese word for folding screen is 屏風 (byōbu), with the character 屏 (byō) meaning to “cover” or “block” and 風 (bu) indicating a breeze or draft. Originally, the screens were used to block drafts and conceal interiors from outside gaze. However, from the Heian period (794–1185) onward, paintings on the screens transformed them into art objects.

While they are not everyday furnishings today, these decorative screens can often be seen at high-class ryokan (traditional inns) or in hotel banquet halls.

The most typical traditional form of folding screen has six panels, each of which is called a 扇 (sen) or fan. The art is drawn so as to be viewed from right to left. Other variations include screens with two, four, or eight panels. The counter for a screen is 隻 (seki). 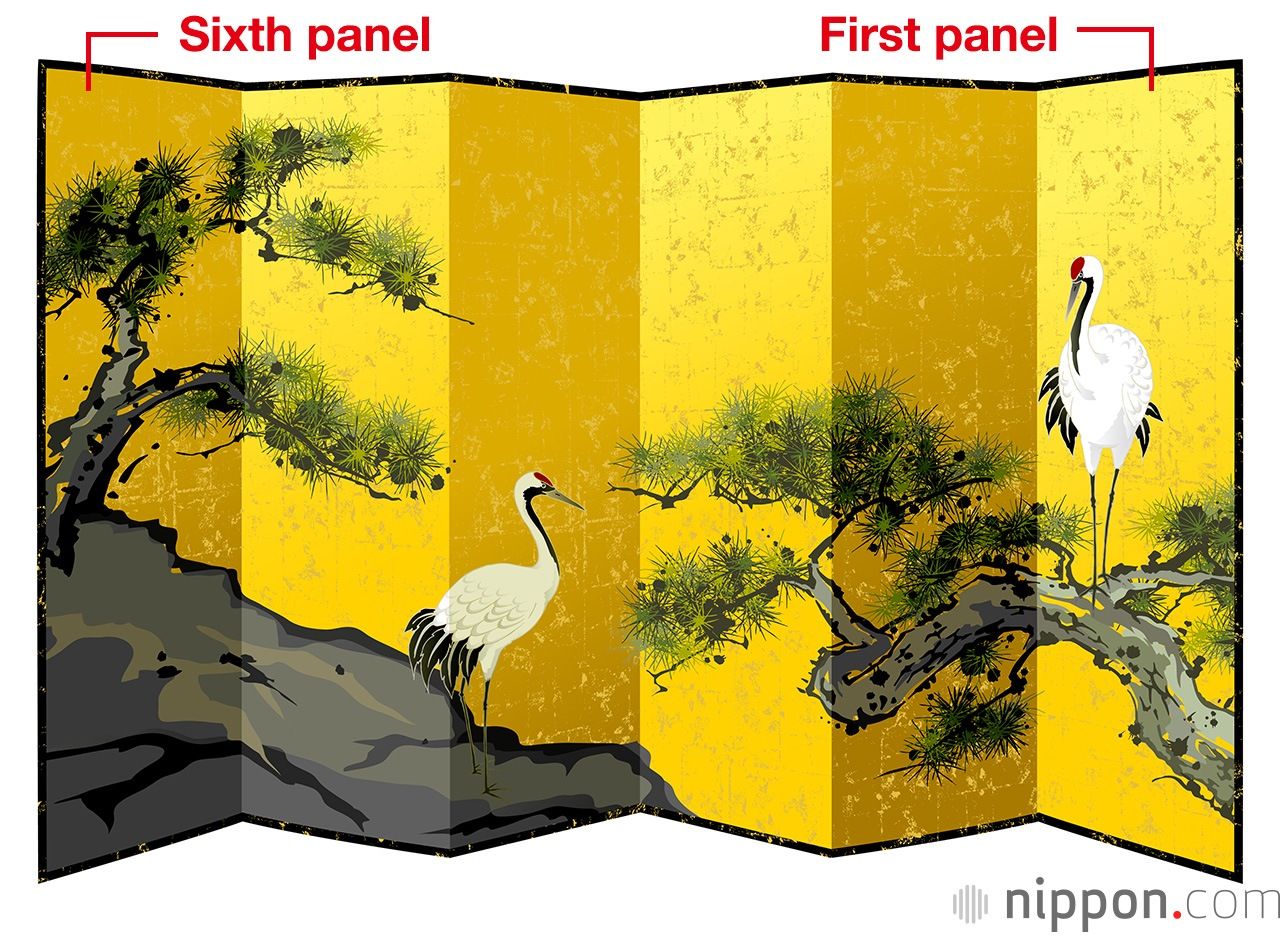 Two screens together are counted as一双or one pair. Perhaps Japan’s most famous pair of screens is Fūjin raijin-zu, (Wind and Thunder Gods), created by Tawaraya Sōtatsu (1570–1640). Viewers should look first at the right-hand screen featuring the Wind God and then shift their gaze to the left screen showing the Thunder God.

A Pair of Two-Panel Screens 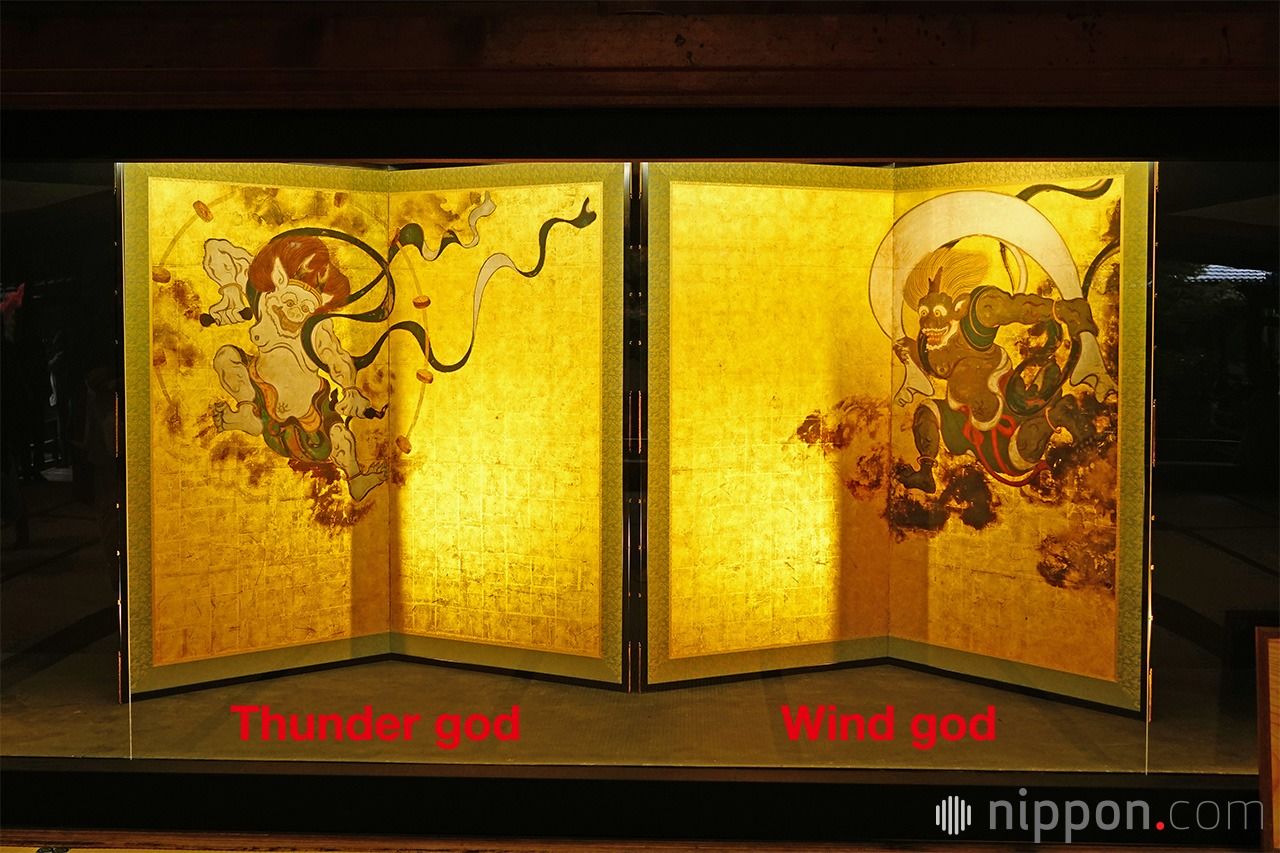 Fūjin Raijin-zu (Wind and Thunder Gods) at the temple of Kenninji, Kyoto (A replica, as the original, a National Treasure, is kept at the Kyoto National Museum). © Pixta.