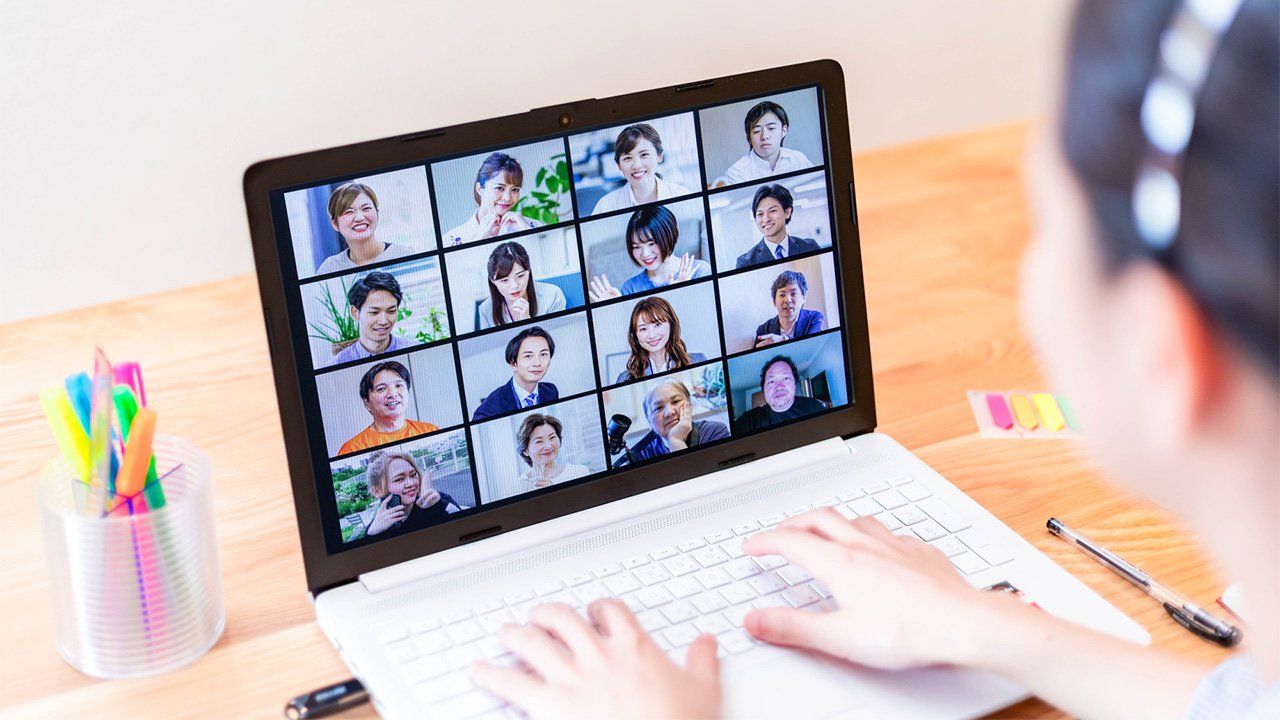 Remote Work Rate in Japan Down from May 2020 Peak

Economy Society Sep 14, 2021
The remote work rate at Japanese companies peaked from April to May 2020, when the first state of emergency for COVID-19 was declared.

According to data compiled in a report published by the Ministry of Internal Affairs and Communications, the rate of remote work at Japanese companies from 2020 into 2021 peaked in April and May of last year, during the first state of emergency, when it surged from the previous level of around 20% to somewhere around 55%. Subsequently, the rate fell to around 30%, and then rose again, to close to 40%, during the second state of emergency declared in March 2021.

This published proposal, compiled by an expert panel organized by the MIC, contains recommendations for establishing a Japanese telework model that would promote the use of information and communication technologies, including web-conferencing systems, and enhance support measures and services for nursing care and childcare. 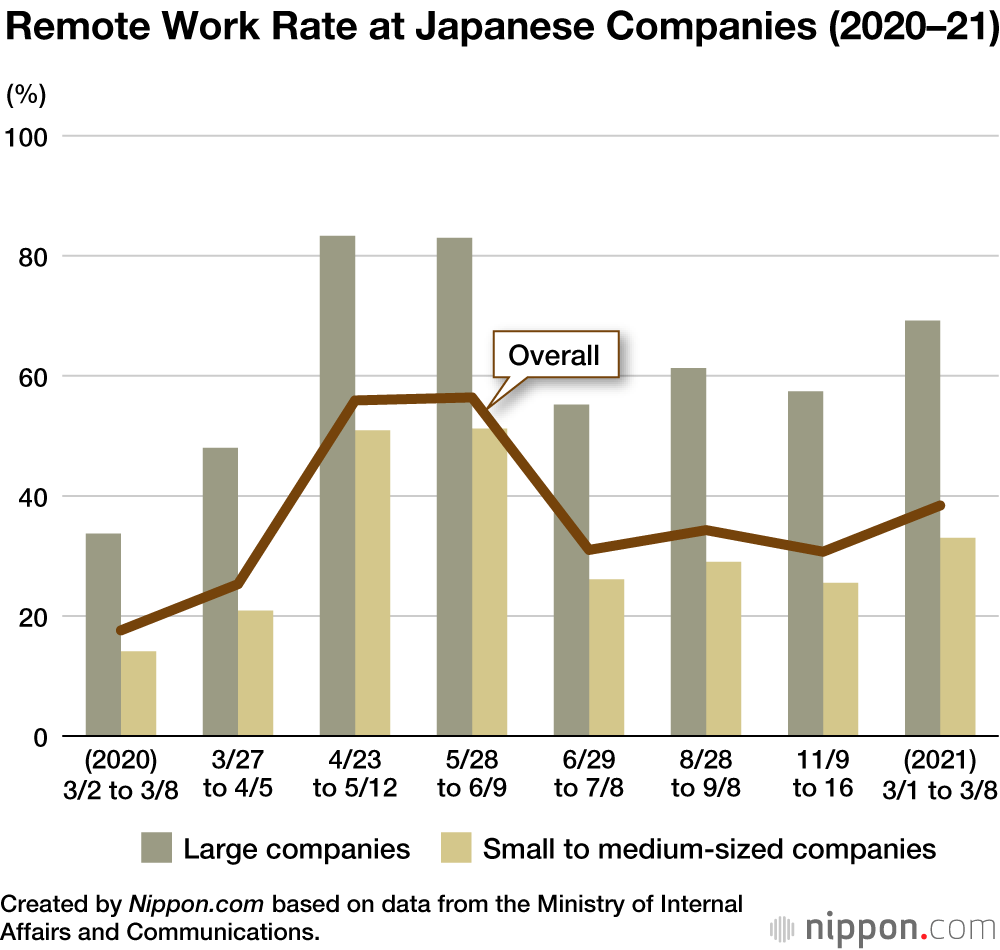 However, the rate dropped to 31.0% from June 29 to July 8, and to 30.7% from November 9 to 16. In 2021, the rate rose to 38.4% for the period from March 1 to 8, following the January declaration of a second state of emergency. Notably, the rate of implementation at small and medium-sized companies was only about half that of large companies. During the period from March 1 to 8, 2021, 69.2% of large enterprises implemented remote work, as compared to 33.0% of small and medium-sized companies.

In addition, after the April 2021 declaration of a third state of emergency for four prefectures, the rate of telework implementation among small and medium-sized companies in central Tokyo decreased in May by 27.8 percentage points to 38.4%, as compared to 66.2% at the time of the survey conducted in January to February 2021, during the second state of emergency. 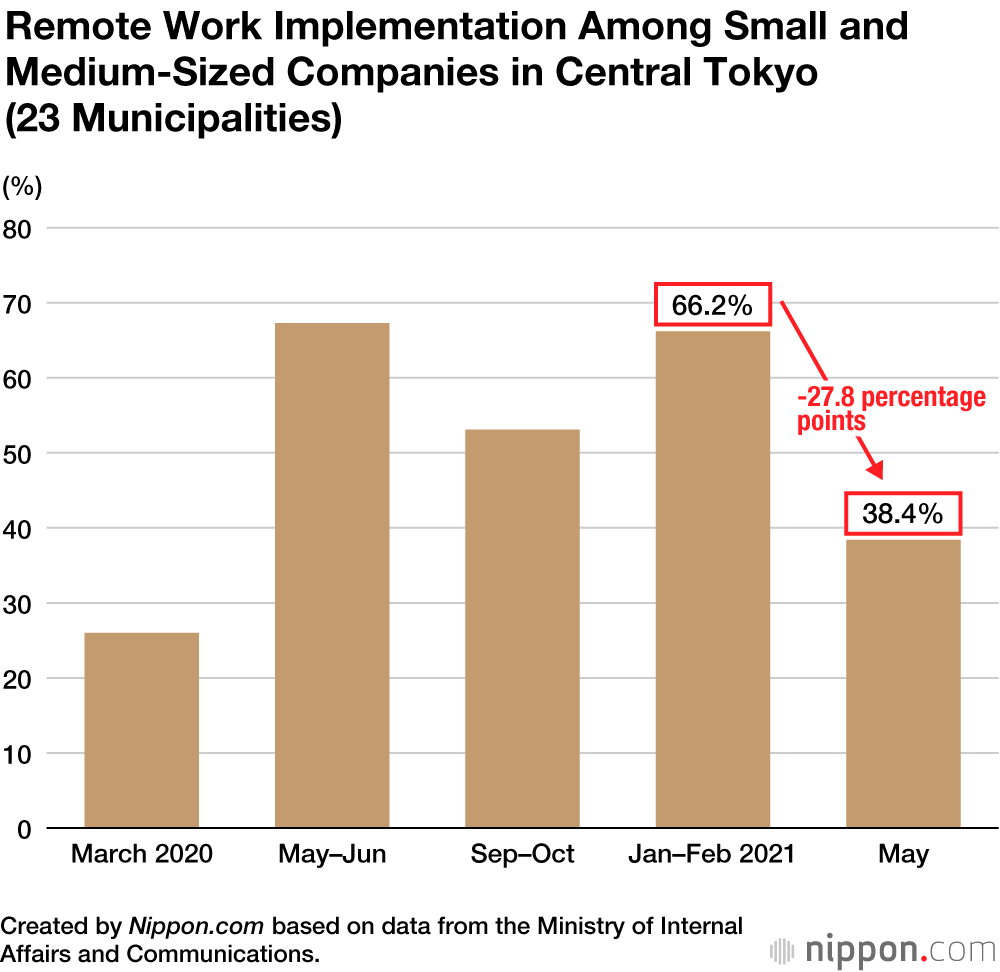