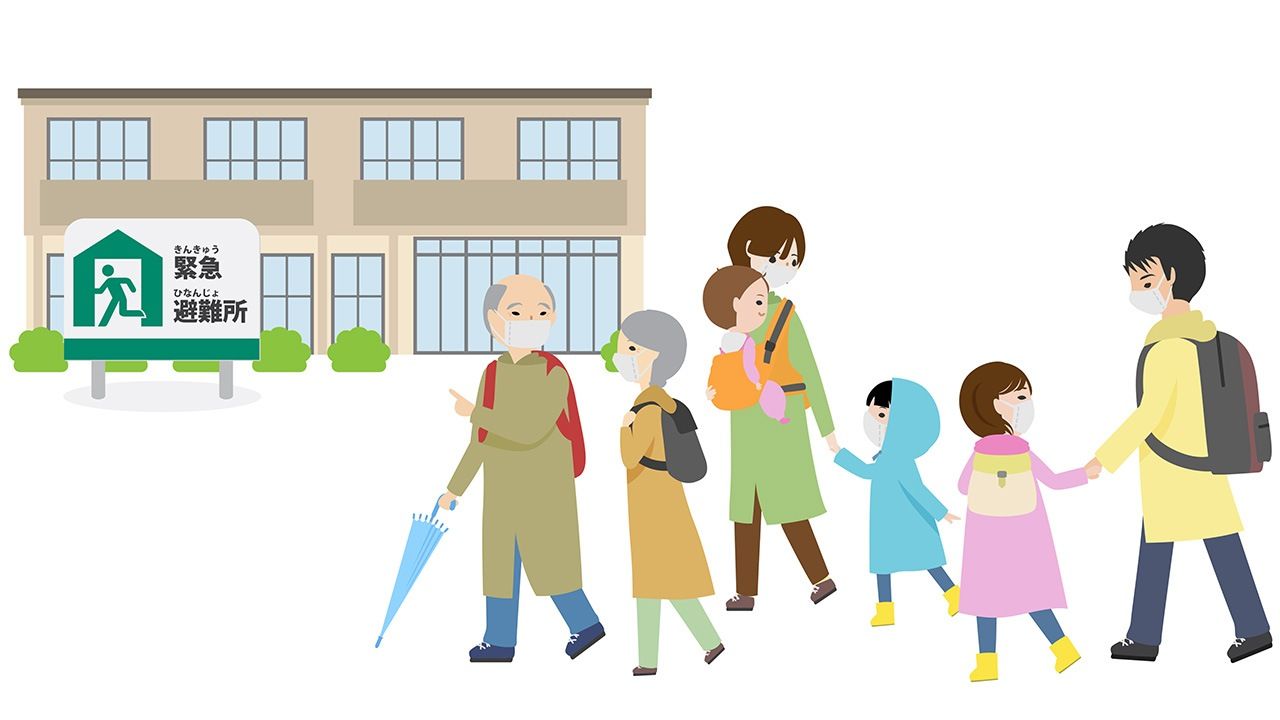 Disaster Kits: What to Prepare for an Emergency

Disaster Society Lifestyle Sep 16, 2021
Among the top items suggested by those with experience of evacuating from a disaster were emergency rations, bottled water, and a personal seal or ID card.

Large-scale natural disasters, whether earthquakes, floods, or landslides, occur each year in Japan, so there is a big emphasis on being prepared. During Disaster Preparedness Week from August 30 to September 5, many take the opportunity to check on the status of their emergency supplies, ensuring, for example, that emergency rations have not passed their expiration date and that flashlight batteries are still fresh.

A Uniqlo survey on disaster preparedness, which questioned 2,400 men people aged 20 to 69, found that a total of 47% of the respondents were either “continually” or “sometimes” aware of potential natural disasters, and that figure rises to 86.2% when it includes those who are thinking about such events at the time of the year when they are more likely to occur or when there are related news reports. 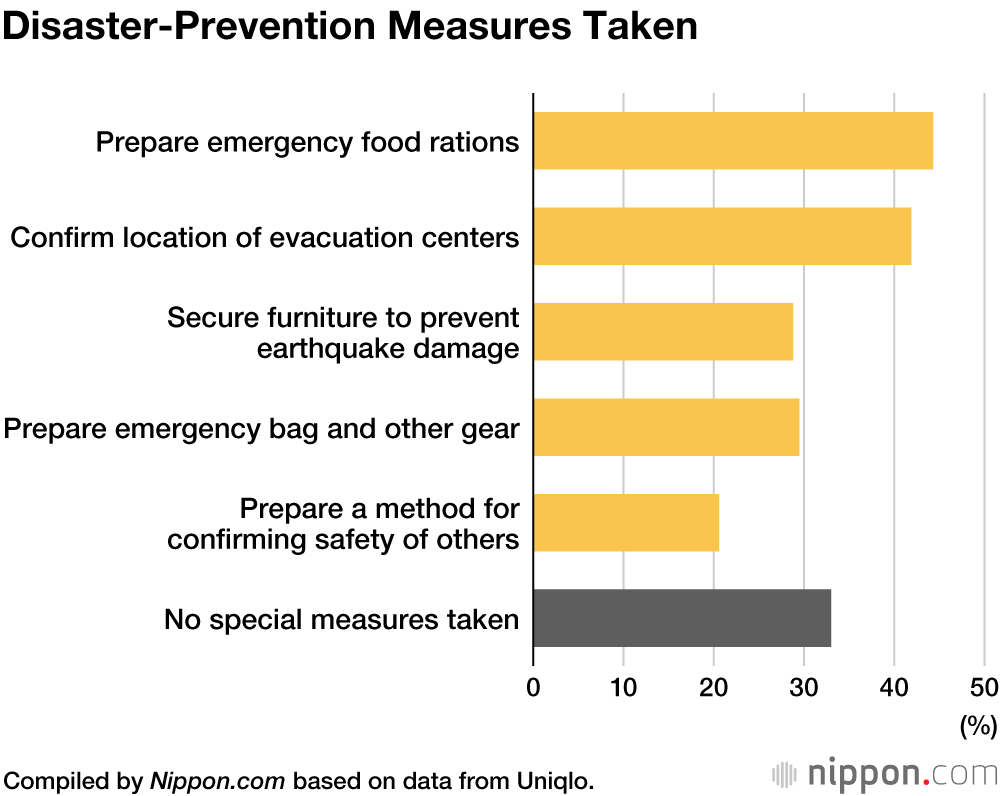 Survey respondents who had prepared an emergency bag and other things to take with them in the case of an emergency were asked to say more about the contents. Their answers showed that the most common item was a flashlight, mentioned by 80.3%, followed by emergency food rations and bottled water, which 76% had included. In contrast, only around 30% had included such clothing items as underwear, warm clothing, or a change of clothes. 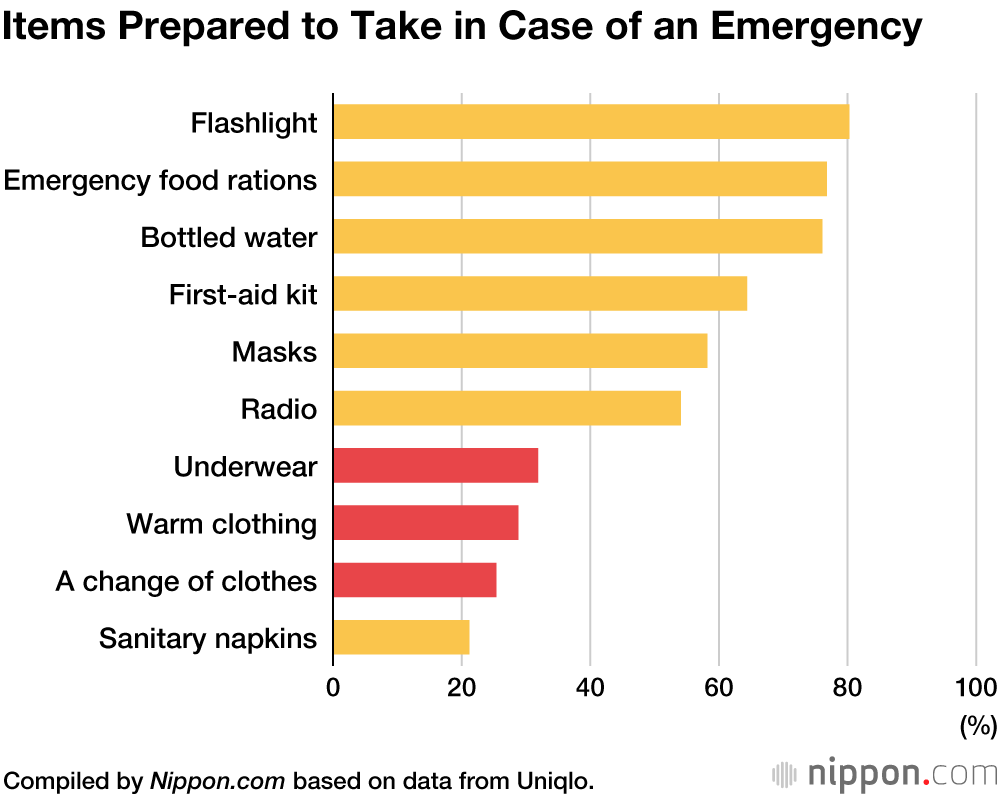 When those with past experience of a natural disaster were asked what they lacked or would have liked to have at the time of disaster evacuation, around 50% pointed to “emergency food rations” or “bottled water,” while around 30% mentioned “personal seal or ID card,” or “battery charger.” More than 25% of the respondents listed clothing items such as “underwear,” “a change of clothes,” or “warm clothing.” 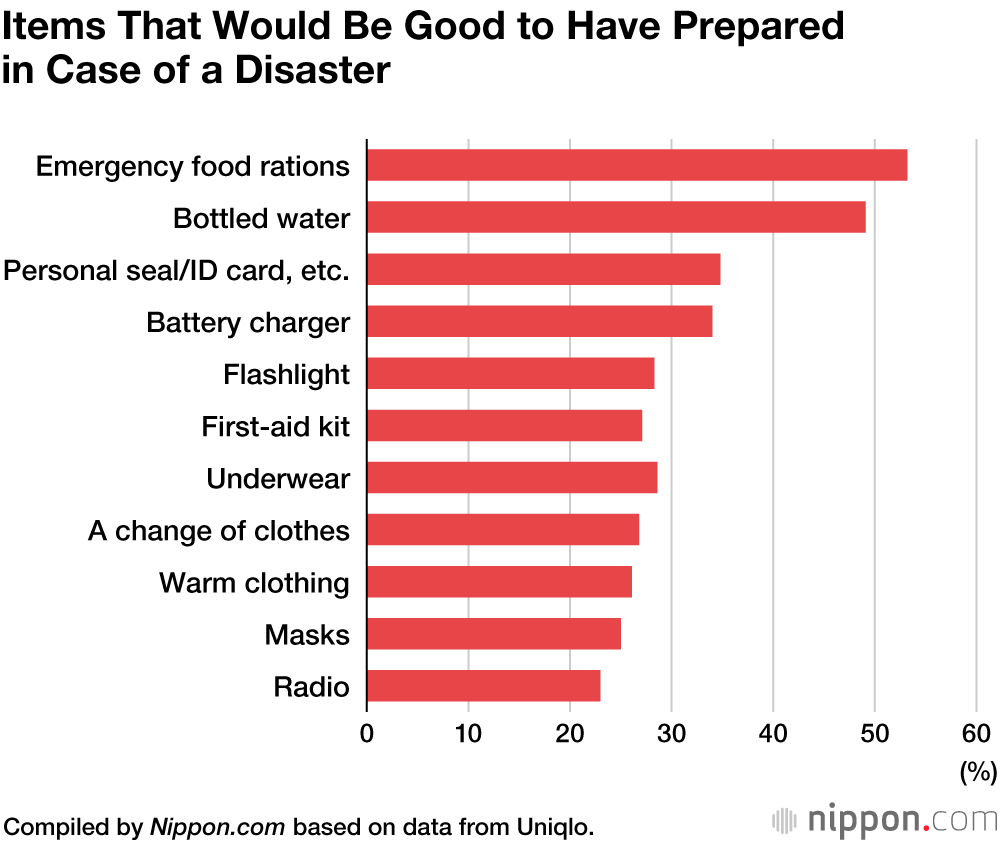 A survey of 1,736 local governments responsible for setting up and operating evacuation centers and providing support to disaster victims found that only 18.2% of them have stockpiled clothing in anticipation of the evacuation of residents. (A total of 927 valid responses were received.) 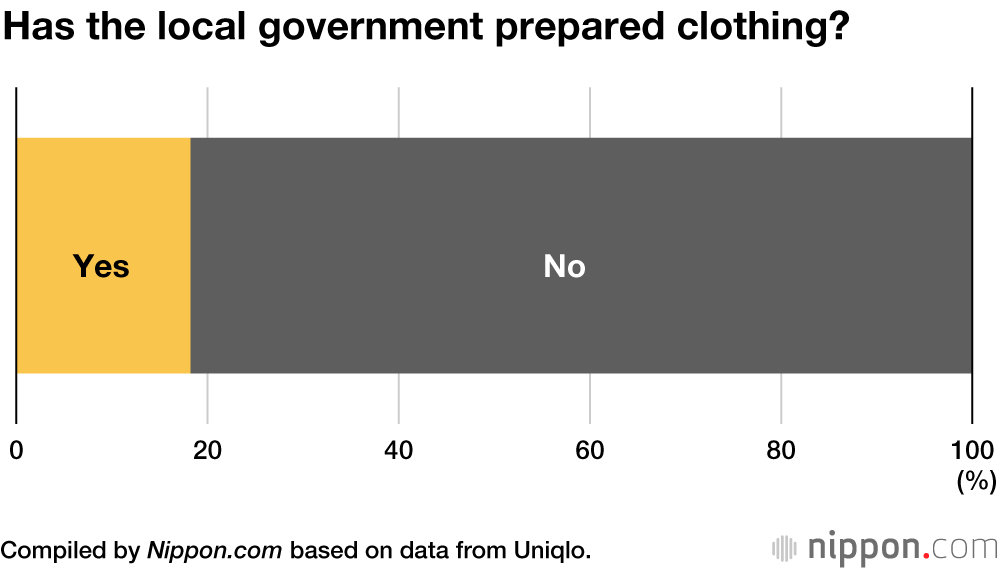 Professor Uchida Yukiko from Takasaki University of Health and Welfare offers the following suggestions: “It’s a good idea to add clothing items to your disaster kit. It is necessary to have clothing to wear for three days until relief supplies arrive at the evacuation shelter. Another important thing is to have clothing that makes it easier to cope with the seasonal conditions of heat or cold.”