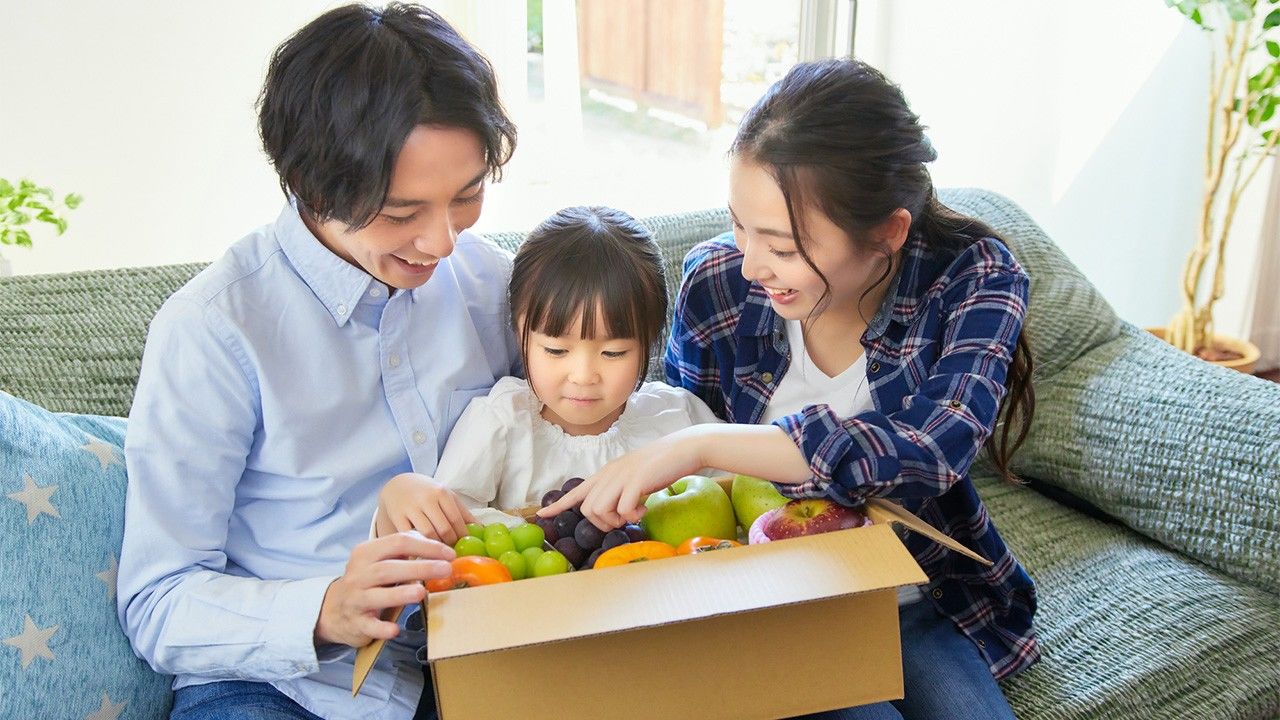 Economy Society Sep 24, 2021
According to the Ministry of Internal Affairs and Communications, The furusato nōzei hometown tax system hit its highest revenue ever in 2020, increasing 40% from 2019 to reach ¥672.5 billion, with the highest number of donations ever.

Furusato nōzei is a tax donation system launched in 2008 to correct the imbalanced tax revenue between urban and rural areas. Taxpayers can get income and resident tax deductions up to the total amount donated, less ¥2,000, by making donations to a municipality of their choice. Moreover, people can get return gifts from the targeted municipality. The system has gradually become popular as an efficient way to pay tax and shop.

The Ministry of Internal Affairs and Communications reported that the total revenue of the furusato nōzei system reached ¥672.5 billion, with 34.89 million donations, in 2020. The revenue increased by 1.4 times and the number of donations by 1.5 times from 2019, smashing the previous records. It seems that use of furusato nōzei has accelerated due to the rise of stay-home “nesting” consumption during the COVID-19 pandemic.

From 2008 to 2013, the total value donated stayed around ¥10 billion; however, the value increased significantly from 2014, with the exception of a drop in 2019 due to new rules clamping down on excessive competition among municipalities seeking to attract donations with higher-value return goods. 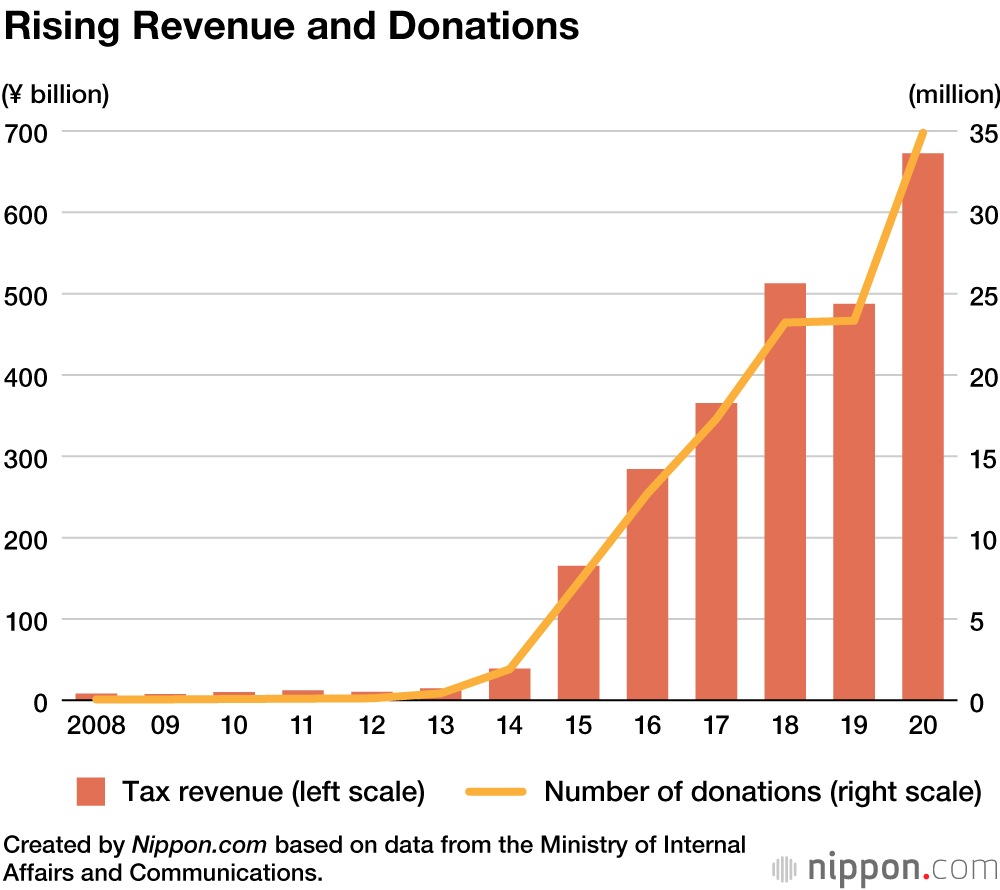 The city of Miyakonojō in Miyazaki Prefecture, which mainly reciprocates with pork and beef, received the highest amount in 2020, with ¥13.5 billion. Next in the rankings were three municipalities in Hokkaidō—Monbetsu with ¥13.4 billion, Nemuro with ¥12.5 billion, and Shiranuka with ¥9.7 billion. All three cities mainly send seafood such as scallops and crabs, sea urchin, salmon, and salmon roe as return gifts. In fifth place, Tsunō, again in Miyazaki, which sends eel and local sausages as its main return gifts, received ¥8.3 billion. By prefecture, Hokkaidō received the most donations, with ¥97.5 billion, followed by Kagoshima (¥39.8 billion) and Miyazaki (¥36.5 billion).

By contrast, the tax revenue loss for municipalities in 2021, when the deductions are taken for 2020’s donations, will be significant. The overall loss is estimated to increase from ¥347.9 billion in 2020 to ¥431.1 billion this year. High tax deductions in major cities such as Yokohama, Kanagawa (¥17.7 billion), Nagoya, Aichi (¥10.6 billion), Osaka (¥9.2 billion), and Kawasaki, Kanagawa (¥8.2 billion) highlight the fact that revenue sources are drained from urban to rural communities. 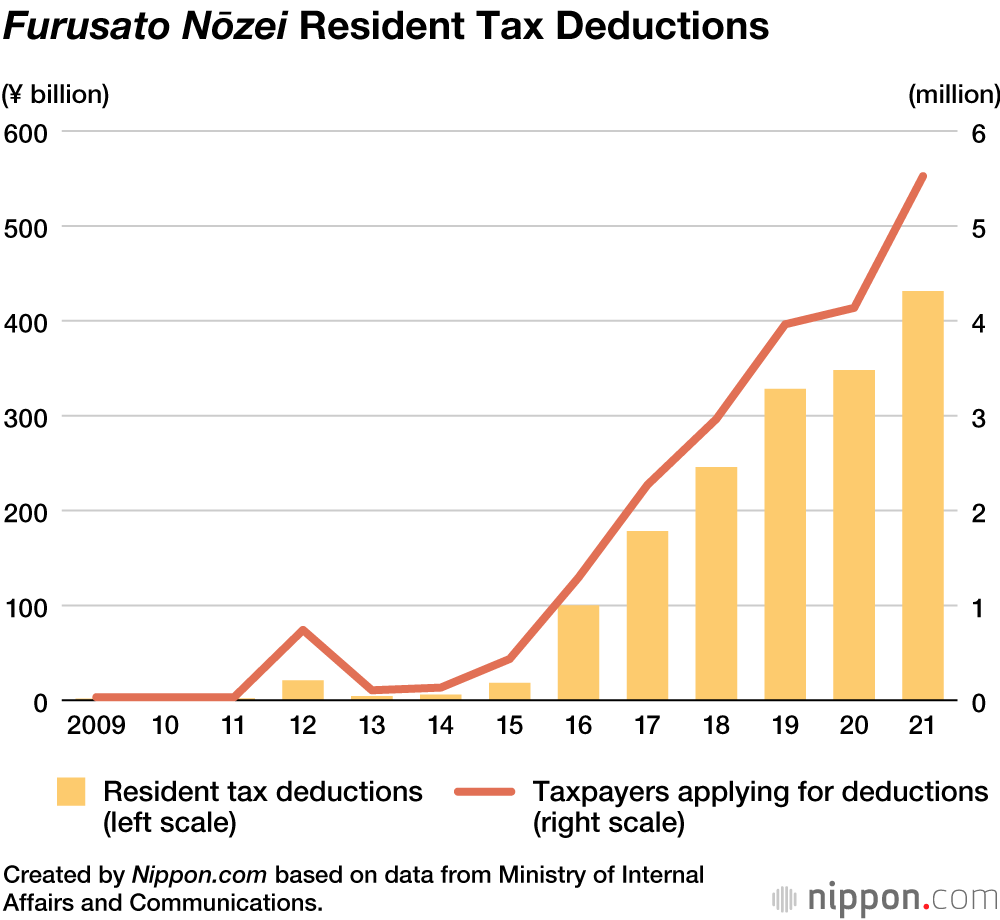