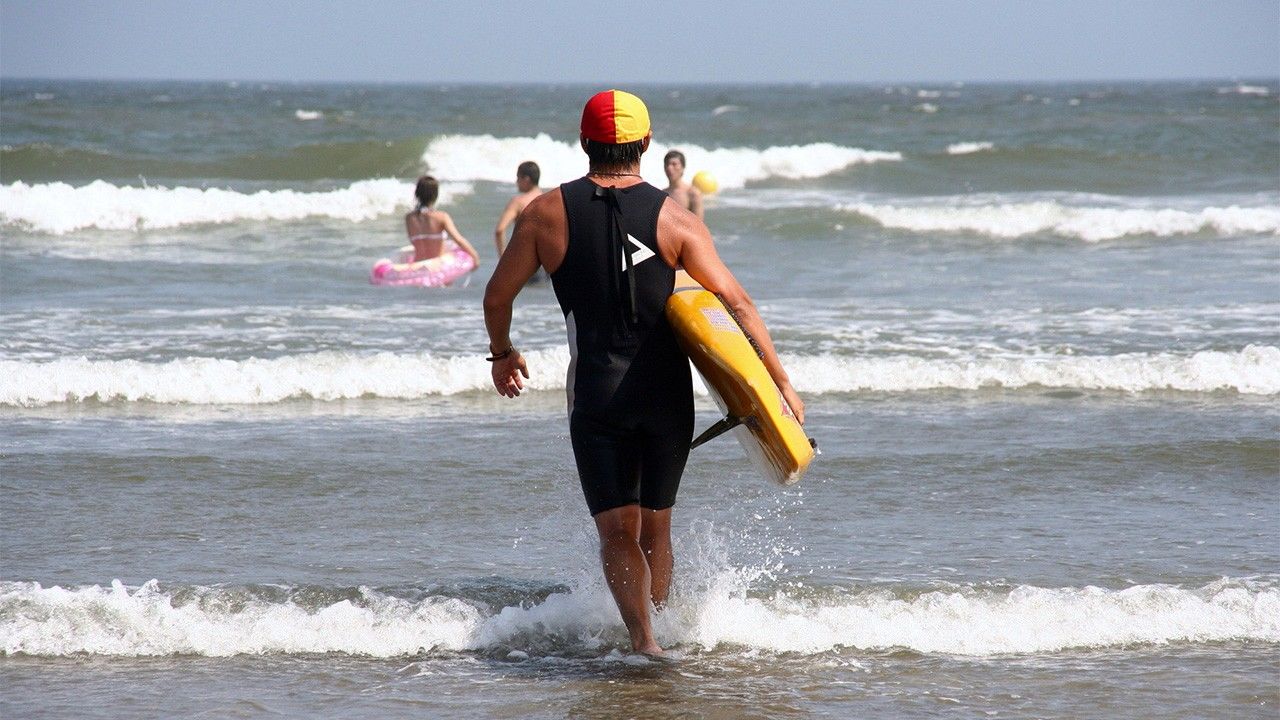 Society Oct 12, 2021
The continuing pandemic has meant that people have refrained from taking leisure trips this summer. But while the number of water accidents decreased, mountain incidents rose compared to last year.

The National Police Agency reported that the number of water accidents in Japan during the period July to August 2021 fell year-on-year by 53 to 451 cases. The number of people involved decreased by 51 to 565. Of that number, there were 212 fatalities and missing persons, a drop of 50 from the same period in 2020, with 16 being children of junior high school age or younger. These are the lowest numbers for both water-accident cases and people involved over the past five years. Behind this drop was the increase in COVID-19 cases during the summer, leading to people holding off taking leisure trips to the sea and rivers.

A breakdown of location showed that 295 people (down 34 year-on-year) had accidents at sea and 203 (down 18) in rivers. By activity, 142 (down 6) were “playing in the water,” 86 (down 3) were “swimming,” and 80 (down 50) were “fishing.” Breaking down the number of fatalities and missing persons, 94 people (down 20) were involved in accidents at sea and 87 people (down 25) in rivers. At beaches that were closed as part of pandemic measures, 52 people had accidents, 13 of which were fatalities or missing-person cases. 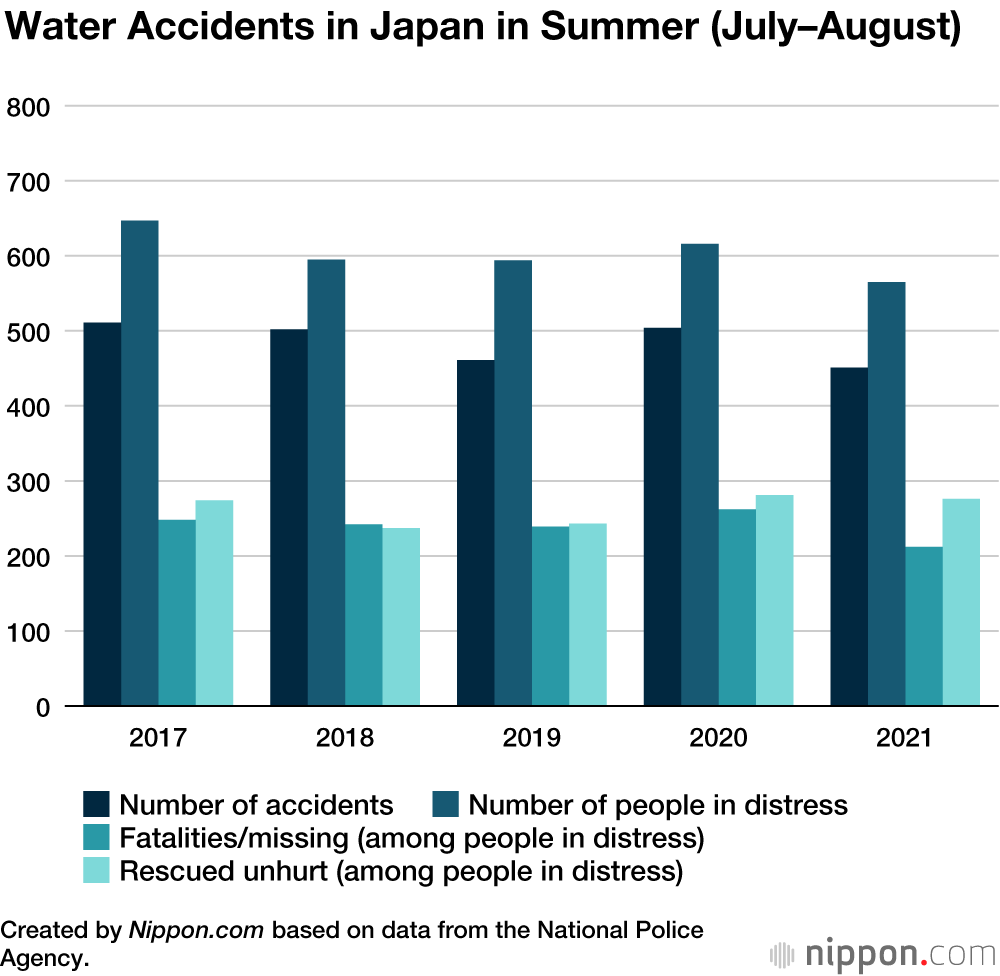 By prefecture, Shizuoka had the highest number of incidents with 35, followed by Hokkaidō and Okinawa with 22 each, Ibaraki with 21, and Tokyo with 19.

According to the National Police Agency though, incidents occurring in the mountains saw an increase of 63 cases during the same summer period this year, taking the number to 533. The number of people involved increased by 56 to 597 people, while fatalities or missing persons decreased by 1 to 46. In the case of mountain incidents, the figures for both cases and people involved had been on a downward trend, but this year saw an increase. 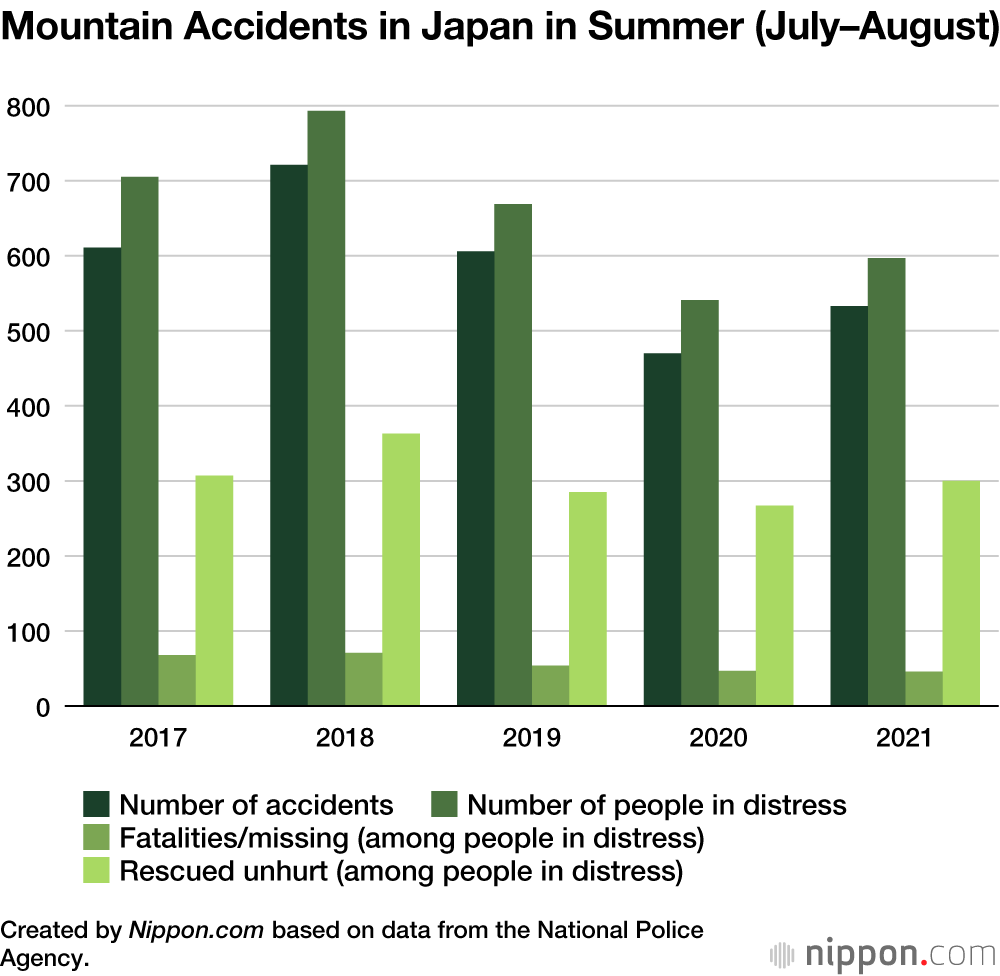 Last year, mountain trails and huts had to close during the pandemic. This year many began opening up again and, as the rainy season was shorter than usual, this possibly led to an increase in mountain climbers.