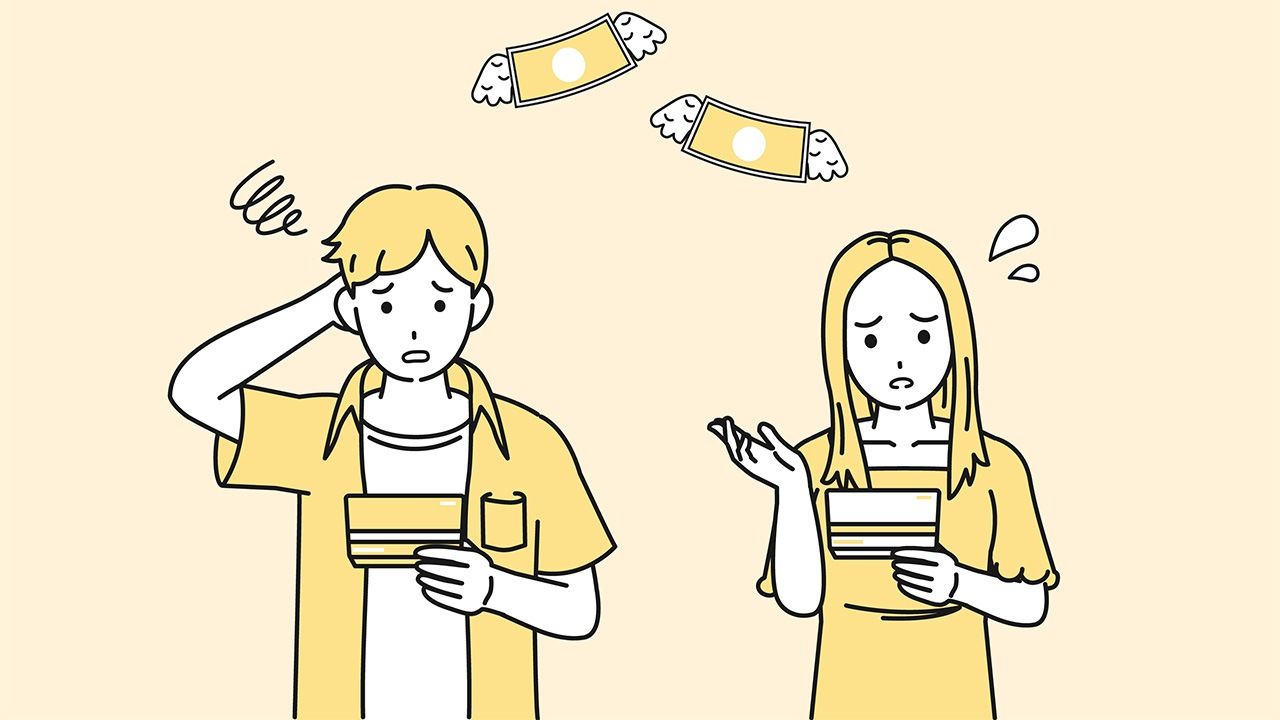 Economy Society Work Oct 20, 2021
In 2020, bonuses shrank significantly in Japan and average private sector pay fell for the second year in a row due to the COVID-19 pandemic. More seriously, salaries are basically at the same level as they have been for the last 30 years.

According to a National Tax Agency survey regarding private sector pay, the average annual remuneration in 2020 fell by 0.8% from the previous year to ¥4,331,000, declining for the second year running.

A breakdown of the figures showed that while wages and allowances increased by 0.7% to ¥3,685,000, the average bonus shrank by 8.1% year-on-year to ¥646,000. There was a reduction in bonuses across a wide range of industries, but particularly in accommodation and food services, due to businesses having to close or operate shorter hours during the pandemic, which pushed down the total overall.

Bonuses are always affected by the economy and this was the second largest rate of decrease in bonuses since the global financial crisis in 2009, when a year-on-year decrease of 13.2% was seen.

There was a noticeable difference of ¥3,195,000 in average salaries between regular workers, such as full-time company employees, and nonregular workers like part-time employees and dispatch workers. Similarly, there was a significant gap in average pay between men and women of ¥2,396,000.

Following the sharp drop in 2009, average wages slowly recovered and, by 2018, had just about returned to pre-financial crisis levels. However, the long-term statistics for the last 30 years show that they have still not reached the levels of the late 1990s. 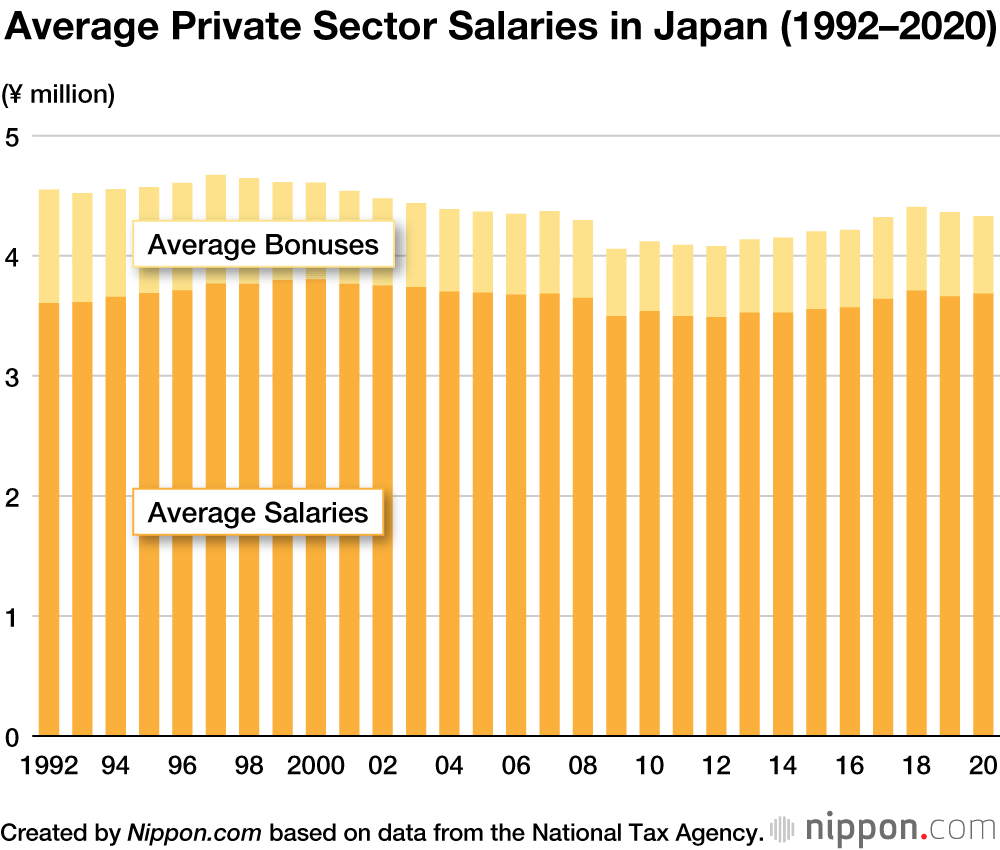 Gaps in Average Salaries by Job Type and Gender