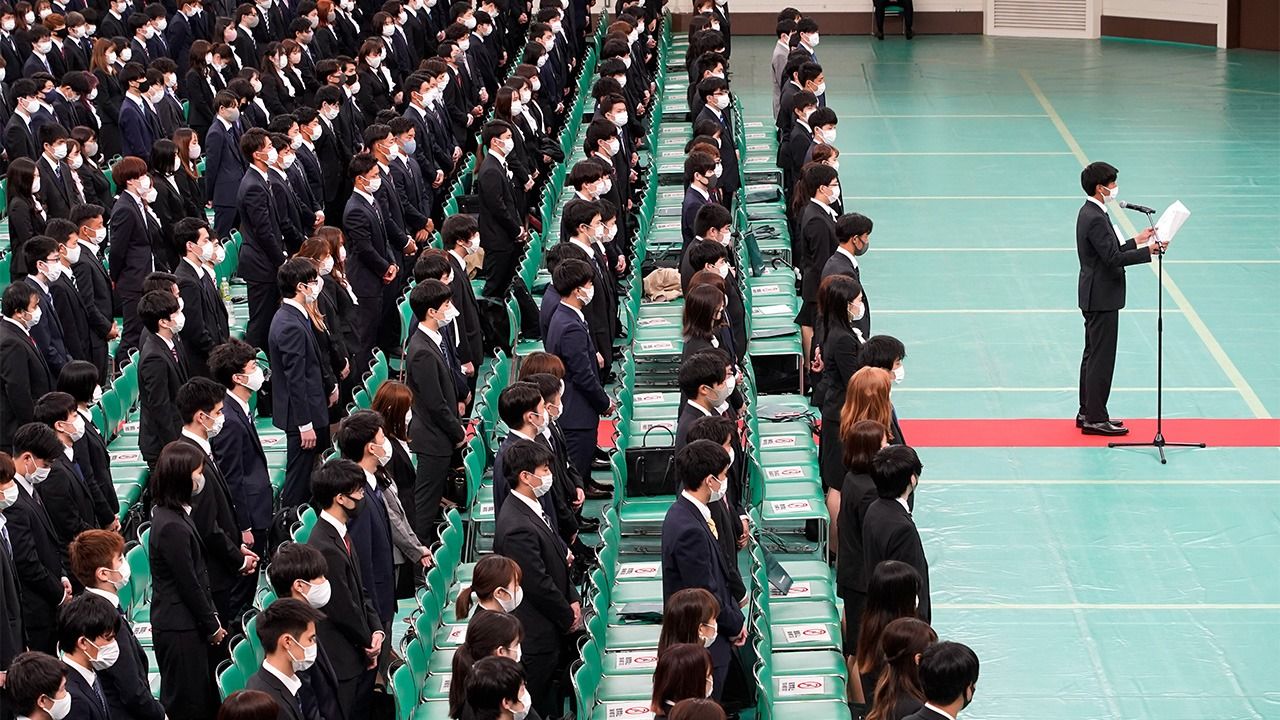 Society Education Oct 22, 2021
With fewer 18-year-olds due to the decline in population, Japan’s small and regional private universities are finding it difficult to attract students.

A survey assessing shifts in admission applications conducted by the Promotion and Mutual Aid Corporation for Private Schools of Japan found that the total admission capacity rate (ratio of enrollees to admission capacity) for private universities in spring 2021 fell to 99.8%. This is the first time since 1989 that it has fallen below 100%. The rate in 2020 was at 102.6%, indicating a 2.8-point drop over the last year. 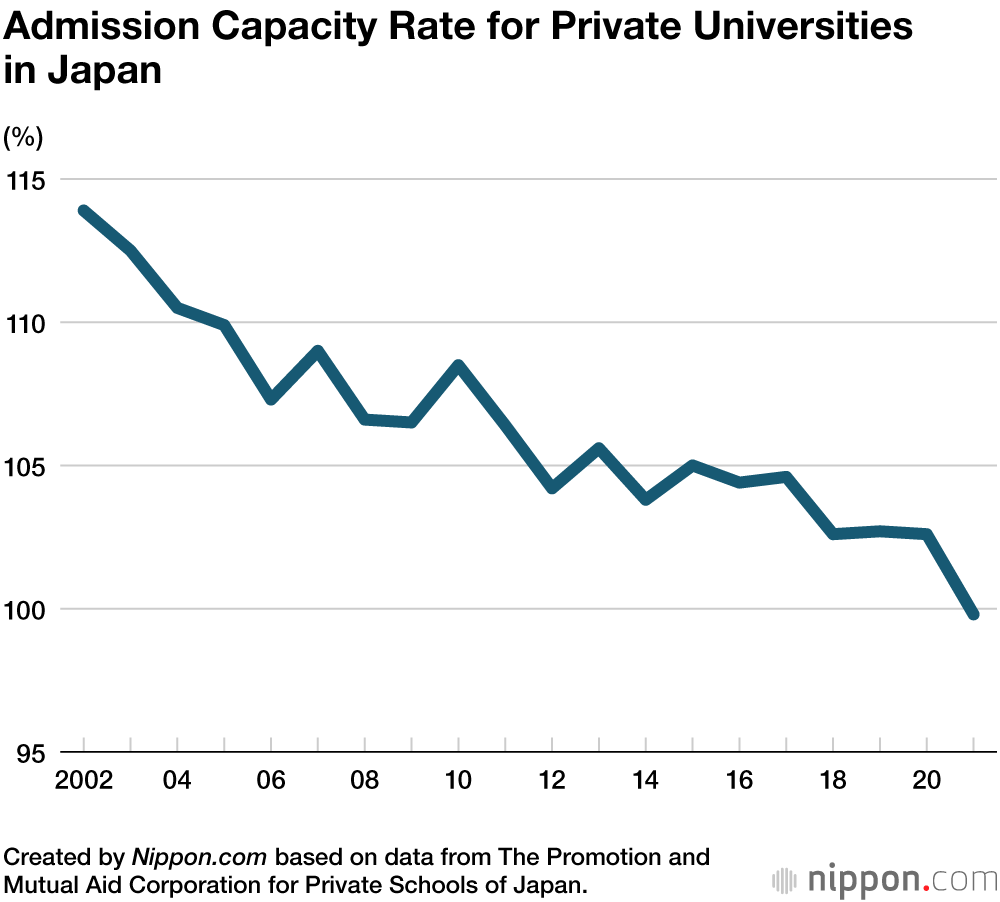 The data, as of May 1, was compiled from 597 universities nationwide, not including those that had suspended admission. Of the four-year private universities, 277 had an admission capacity rate below 100% and their enrollment rates also fell below capacity. This equated to 46.4% of the total and was an increase of 93 universities (15.4 points) compared to 2020. 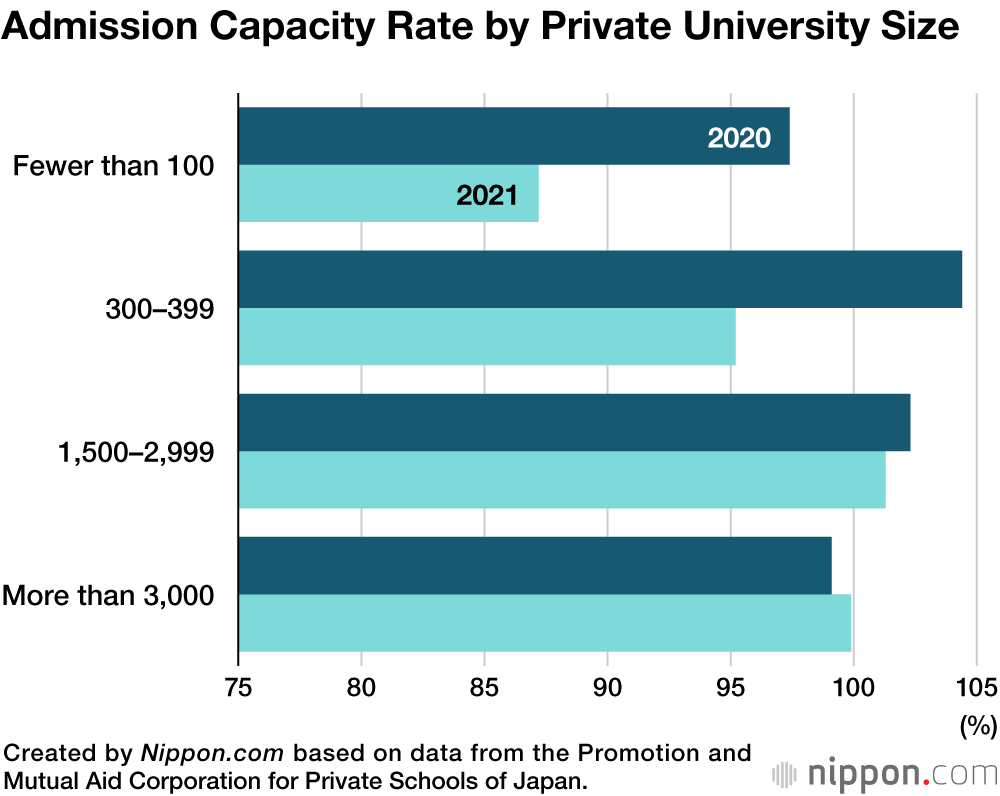 By region (aggregated by school location), the rate in Japan’s largest metropolitan areas, centered on Tokyo, Osaka, and Nagoya only decreased by 1.7 percentage points to 100.6%, marking a difference to other regions, where there was a larger 6.2 percentage point drop to 97.3%.

(Originally published in Japanese. Banner photo: The 2021 Senshū University entrance ceremony, held jointly for first- and second-year students at the Budōkan, Chiyoda, Tokyo on April 5, 2021. Last year’s entrance ceremony in April 2020 was cancelled due to the COVID-19 pandemic. © Jiji.)