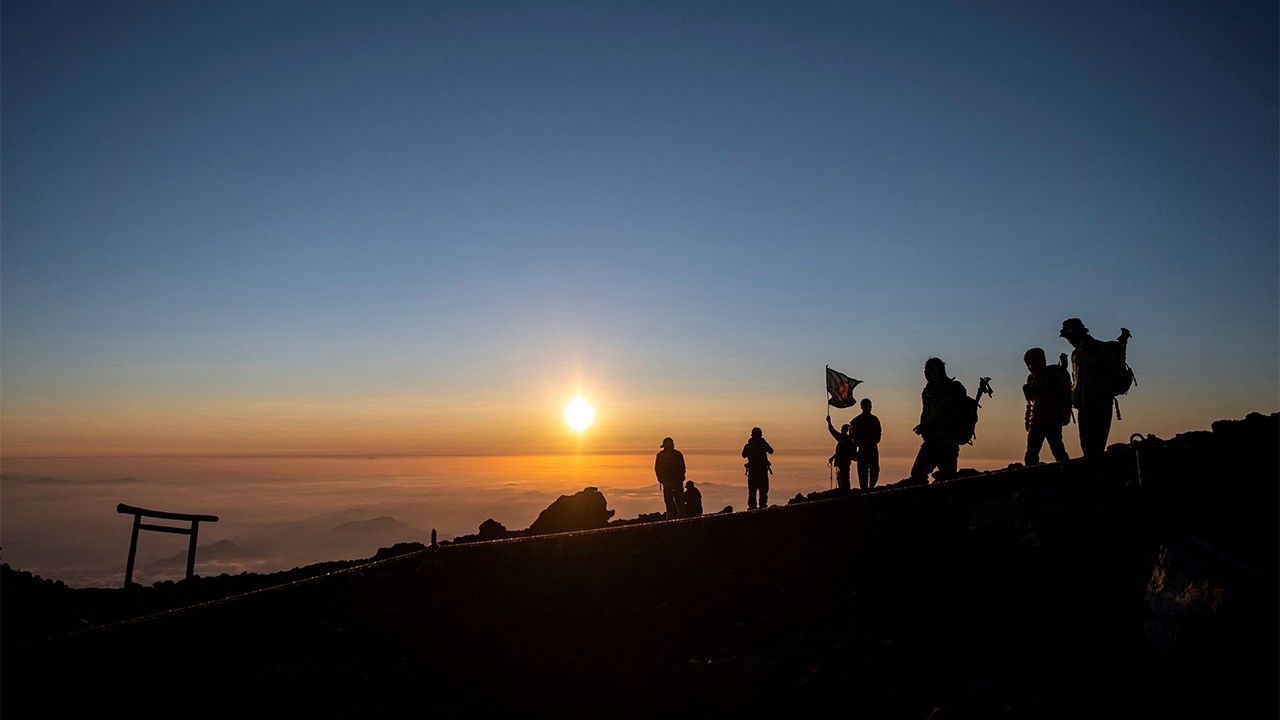 Society Travel Nov 1, 2021
The trails on Mount Fuji that had been closed during the pandemic opened up again for the 2021 climbing season, but there were fewer than 80,000 climbers—just a third the number of an average year.

A study conducted by the Ministry of the Environment found that during the 2021 climbing season (July 1 to September 10), 78,548 climbers passed the eighth station of Mount Fuji. This total is just a third of the 235,646 climbers in 2019 (in 2020, all four trails on Mount Fuji were closed due to the COVID-19 pandemic). The decreased number of climbers in 2021, as compared to a normal year, seems to have been the result of the restricted capacity of mountain lodges as well as the inclement August weather and the tendency for climbers to stay at home during the pandemic.

In 2021, the ministry installed infrared counters near the eighth station of each of the four trails (Yoshida, Subashiri, Gotenba, and Fujinomiya) to record the number of climbers. The largest number of climbers, or 54,392, took the Yoshida trail, accounting for around 40% of all climbers, followed by 11,409 on the Fujinomiya trail, 6,411 on the Subashiri trail, and 6,336 on the Gotenba Trail. 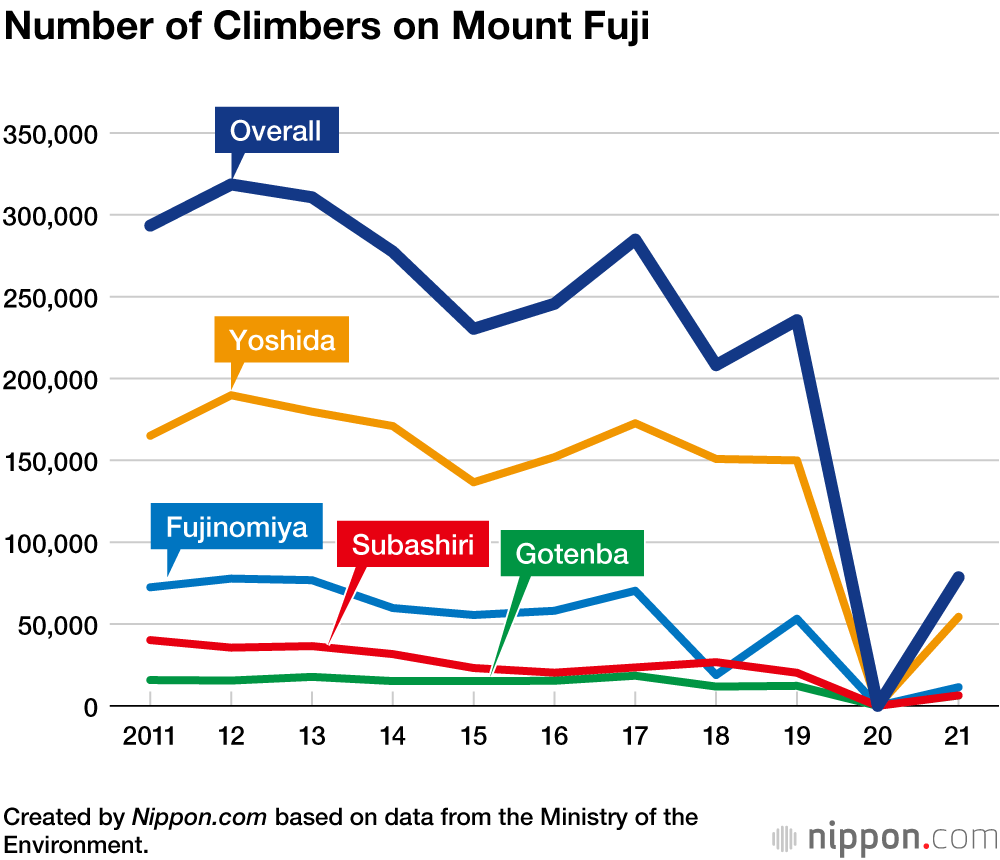 The figures for the Fujinomiya and Gotenba trails may not be fully accurate since the counters malfunctioned on some days, but in any case the overall number of climbers was extremely low compared to the yearly average since 2011 of over 200,000 climbers. According to a climber counter set up by the city of Fujinomiya (Shizuoka Prefecture) at the sixth station of the Fujinomiya trail, the number of climbers that were not counted by the ministry totaled 12,009.

Data on individual days reveals that the highest number of climbers was 4,563 on August 28, which was a Saturday. The daily average for weekends and holidays was 1,843, while the average for regular weekdays was 1,007.

Created by Nippon.com based on data from the Ministry of the Environment.

(Translated from Japanese. Banner photo: Climbers view a sunrise from atop Mount Fuji on July 19, 2021. © AFP/Jiji.)