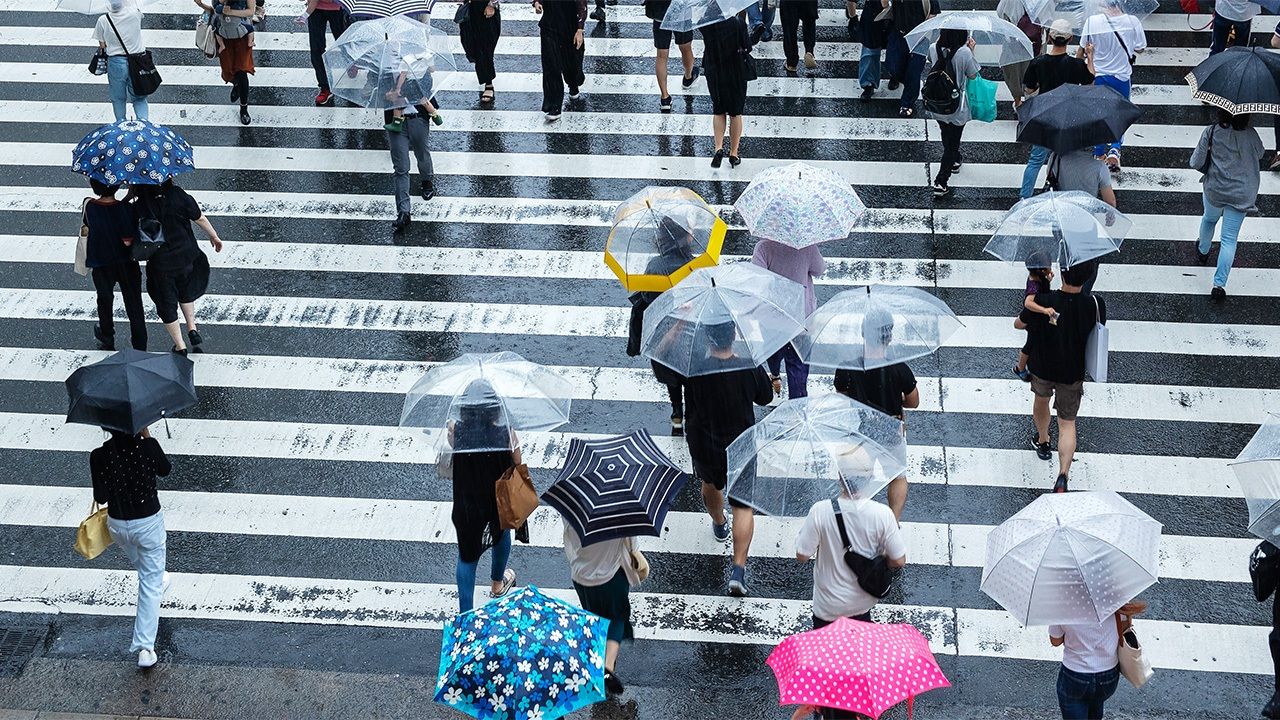 Lifestyle Society Disaster Nov 10, 2021
In a survey on what rain goods Japanese people use, around half of respondents said they use a plastic umbrella at least some of the time.

Japan has a lot of precipitation, not only in rainy season, but throughout fall and via typhoons too. The research company Planet asked 4,000 people what type of rain goods they use (with multiple answers possible) and the most popular responses were a “straight umbrella (not plastic)” (67.4%) and a “folding umbrella” (67.0%). However, around one in two people (49.4%) use a “plastic umbrella.” 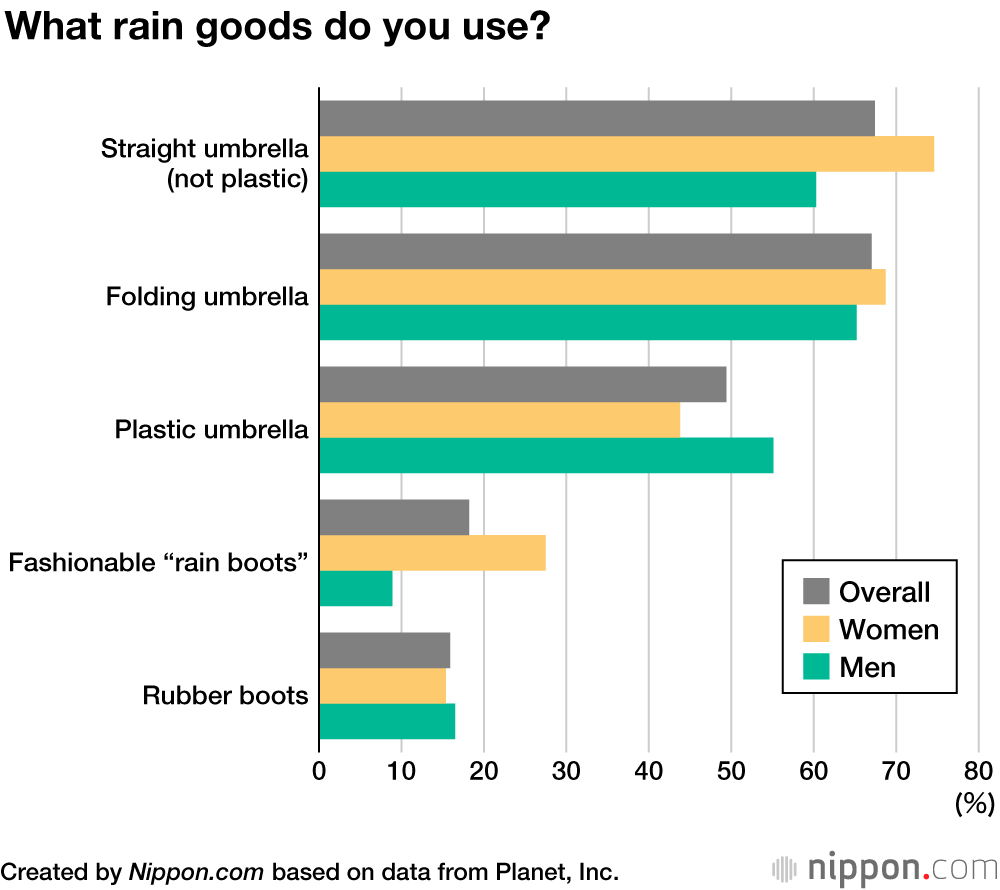 Men, in particular, tended to prefer cheaper umbrellas. They were more likely to spend in the price ranges “under ¥500” and “¥500–¥999,” while women bought higher priced umbrellas. 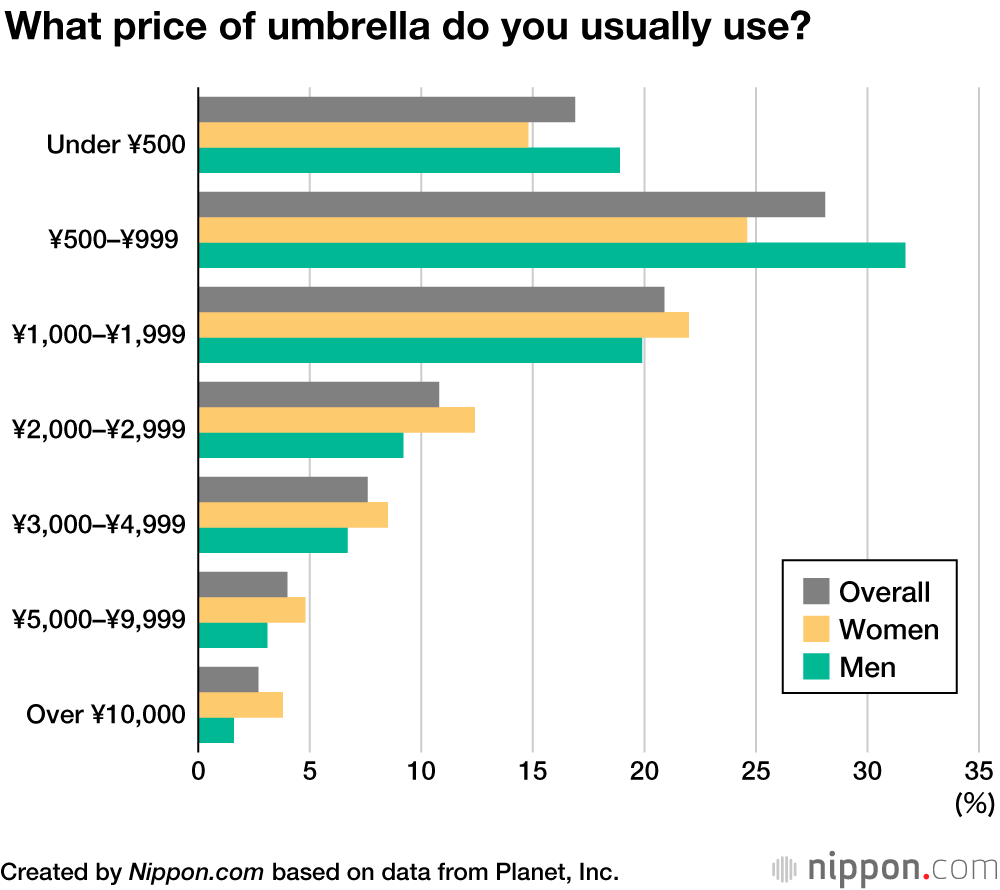 When asked how often they had to suddenly buy rain goods due to unexpected rain, the most common response, at 44.4%, was “never” and 45% in total said either “less than once” or “approximately once” each year. A much greater number of men than women said that they kept a spare umbrella at the workplace. 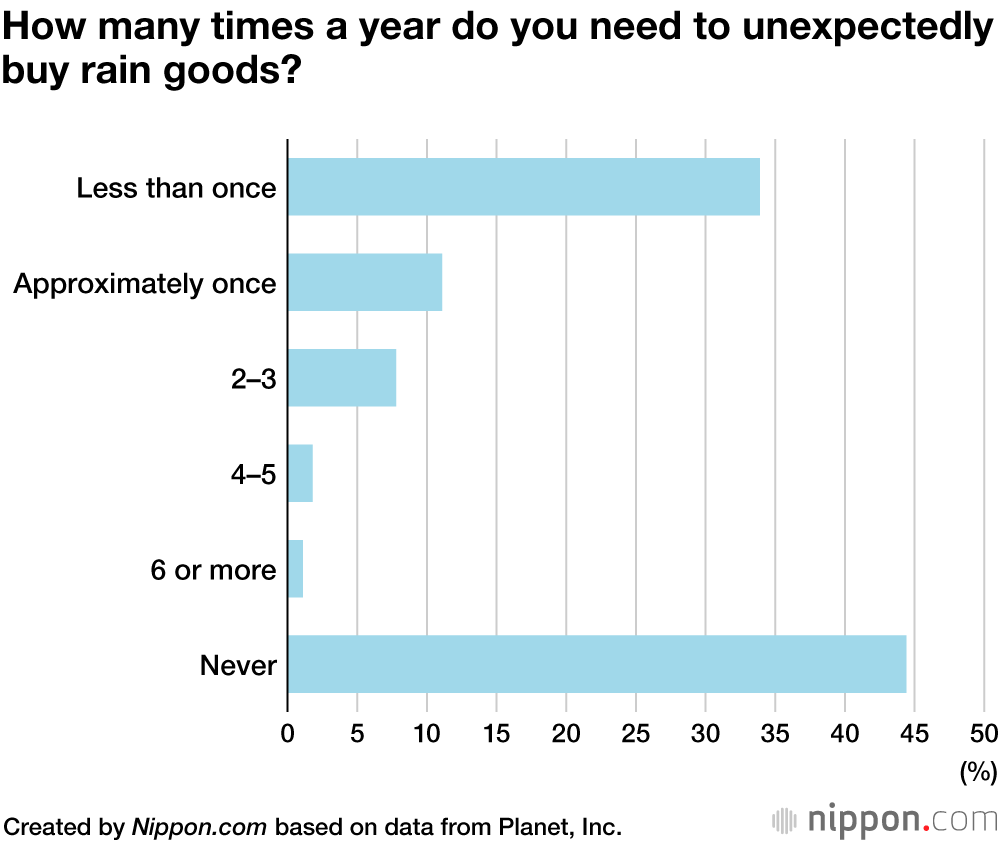 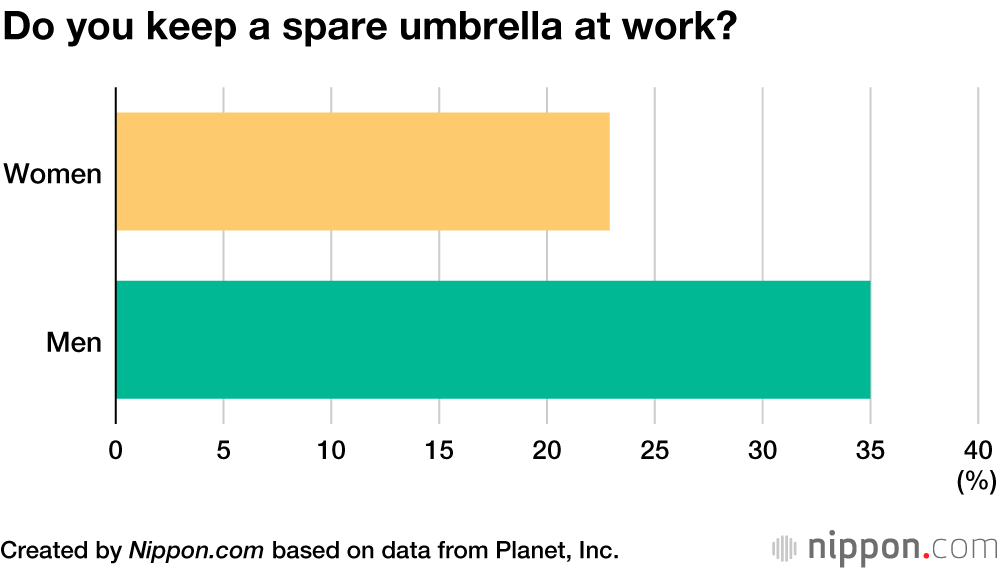