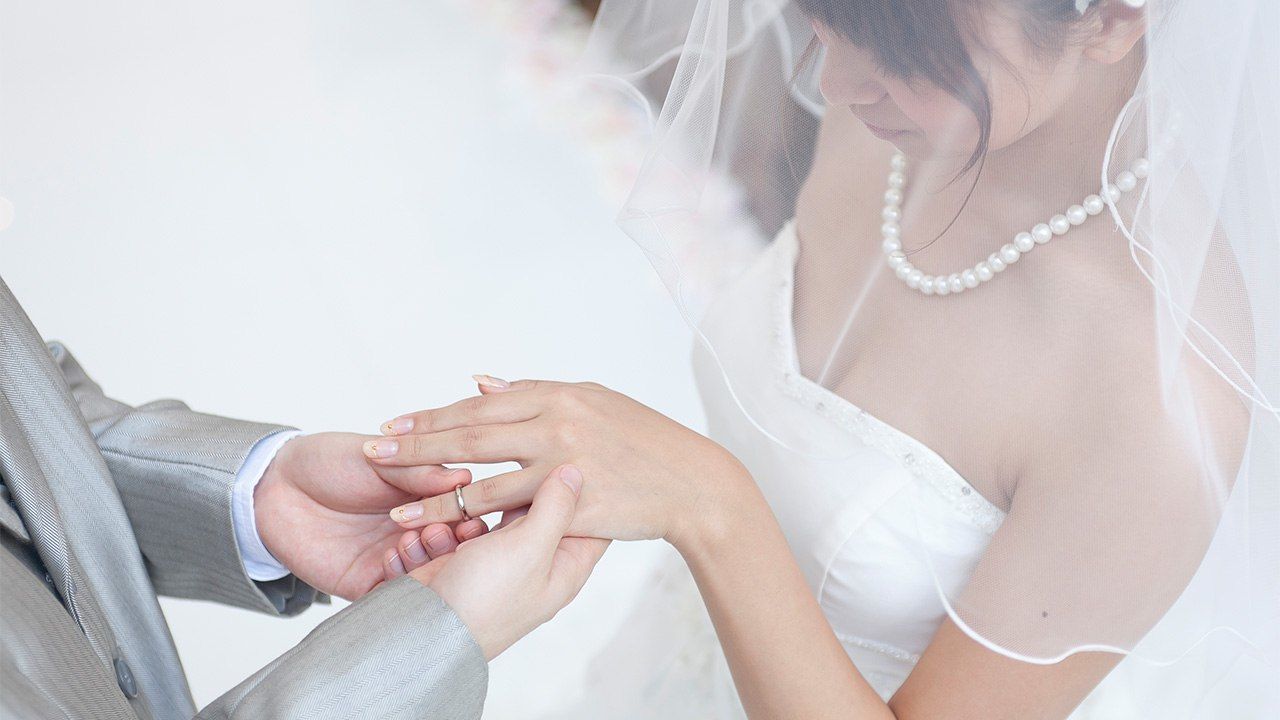 Society Family Economy Nov 19, 2021
When considering their ideal marriage partner, many in Japan would rather choose a local government employee than someone who works for a big company.

Toyota was the top private company for the ninth consecutive year, ranking third at 7.3%. While it continues to be a popular choice, its rating is low when compared to that of government workers. Apple and Google also lagged far behind local government employees.

When respondents were asked to freely expand on why they chose “government official,” many said it was because of the “stability” and having “no concerns for the future.”

Created by Nippon.com based on data from Riskmonster.com. Number in parentheses is last year’s ranking.

Both men and women rated “salary” as the most important factor at the company where their ideal marriage partner worked. While 40.0% of men felt this, the percentage of women was 24 points higher at 64.0%. Women also ranked “employment status,” “values employees,” “benefit packages,” and “frequency of relocation” 10 points higher than men, indicating they place more importance on stable employment and pay. This could be linked to the hope that their marriage partner will stay employed at the same location in a work-friendly environment. 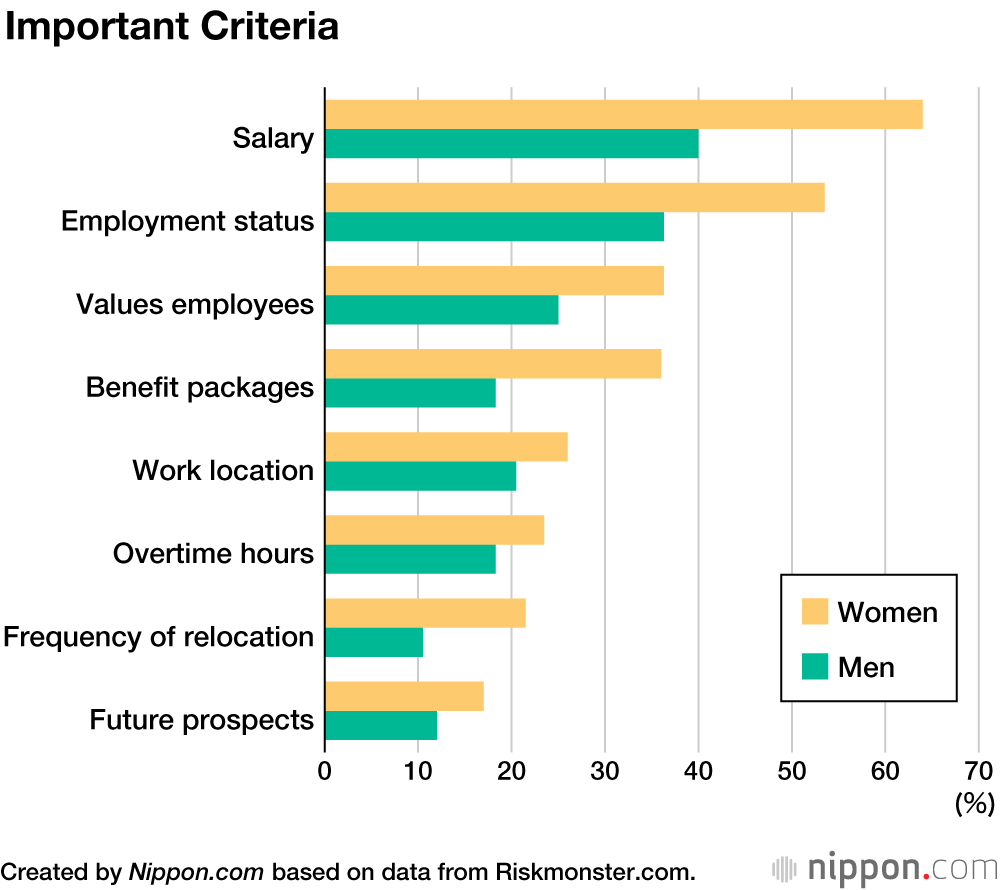 Regarding their ideal marriage partner’s minimum annual income, the most common response by men, with 45.0%, was it “doesn’t matter”. This rose to more than half when combined with the 10.5% of men who answered “over ¥3 million”. In contrast, 62.9% of women gave answers ranging from “over ¥5 million” upward, indicating they expected their ideal marriage partner to have a high level of annual income. 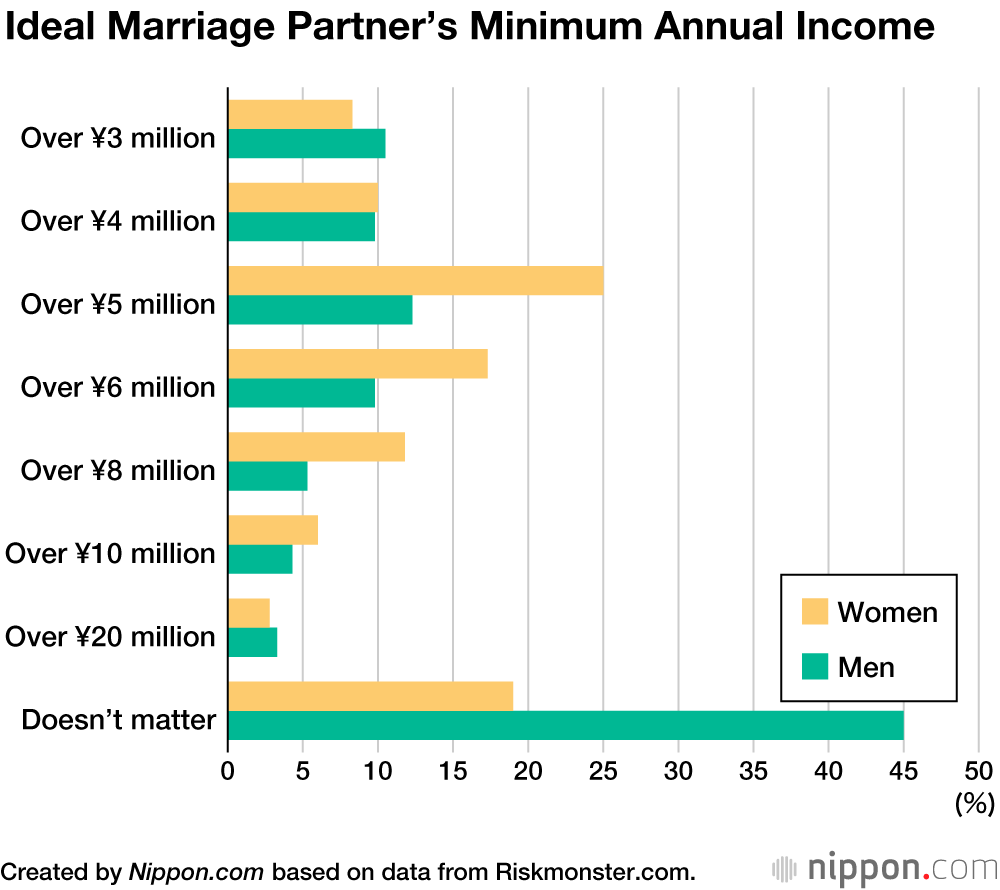