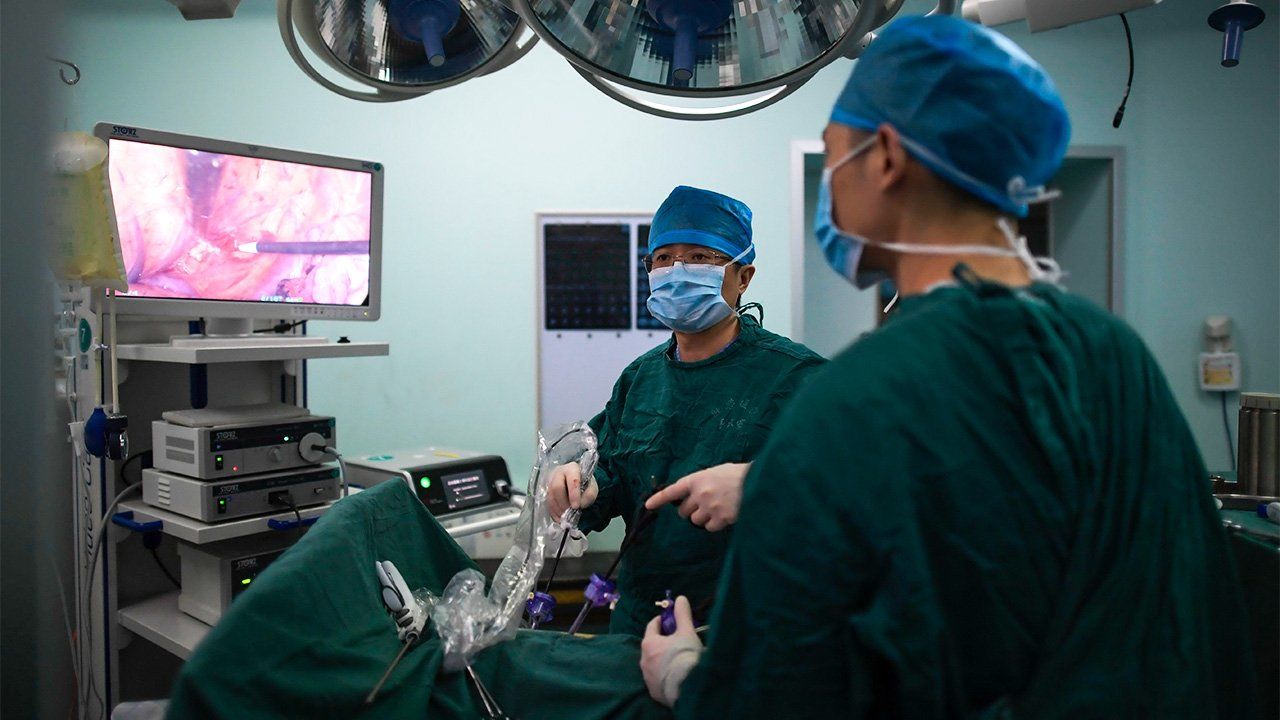 Society Health Nov 29, 2021
Cancer was once said to be incurable, but the survival rate has steadily increased alongside medical advances. The earlier a cancer is detected, the higher the survival rate, so that the 10-year survival rate can exceed 90% depending on the area of the body affected.

A study conducted by the National Cancer Center Japan and other institutions found that the 10-year survival rate for patients diagnosed with cancer between 2005 and 2008 was 58.9%. This is a 0.6 percentage point increase over the previous survey (for diagnoses between 2004 and 2007). The survival rate has been on an upward trend since 2016, when the first results of the regular study were released.

The study targeted 121,000 people who were diagnosed at 32 member institutions of the Japanese Association of Clinical Cancer Centers in 27 prefectures. Other causes of death apart from cancer were not included when calculating the survival rate.

Meanwhile, the overall 5-year survival rate for cancer among approximately 152,000 people diagnosed at the same 32 facilities between 2011 and 2013 was 68.9%, up 0.3 percentage point compared to the previous survey (for patients diagnosed between 2010 and 2012). The highest 5-year survival rate was 100% for prostate cancer, while the lowest was 12.1% for pancreatic cancer. 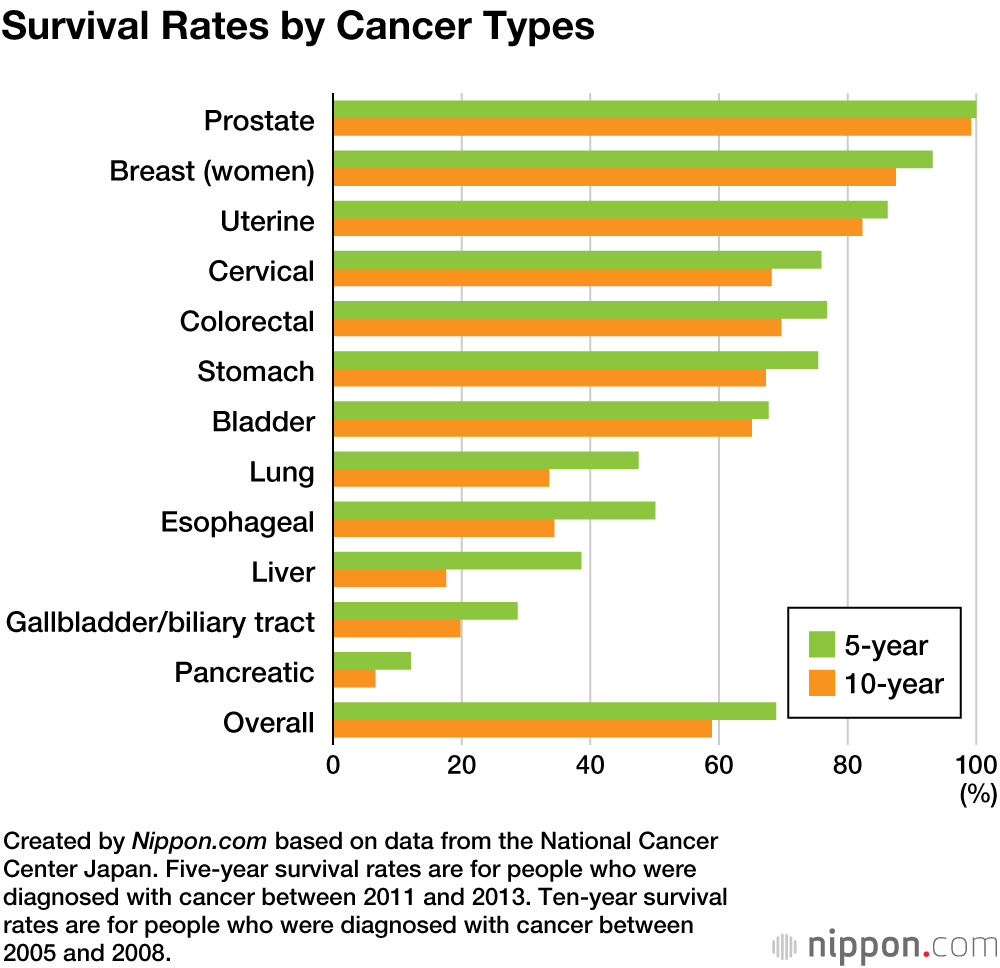 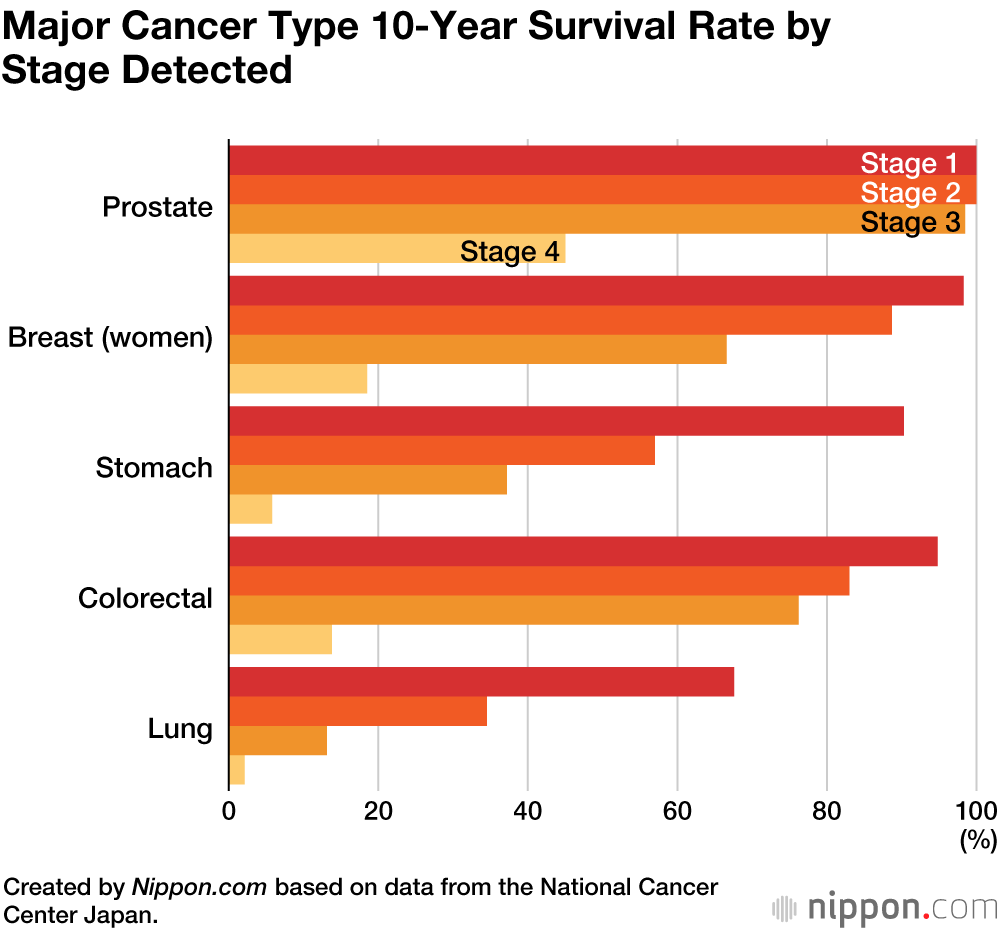