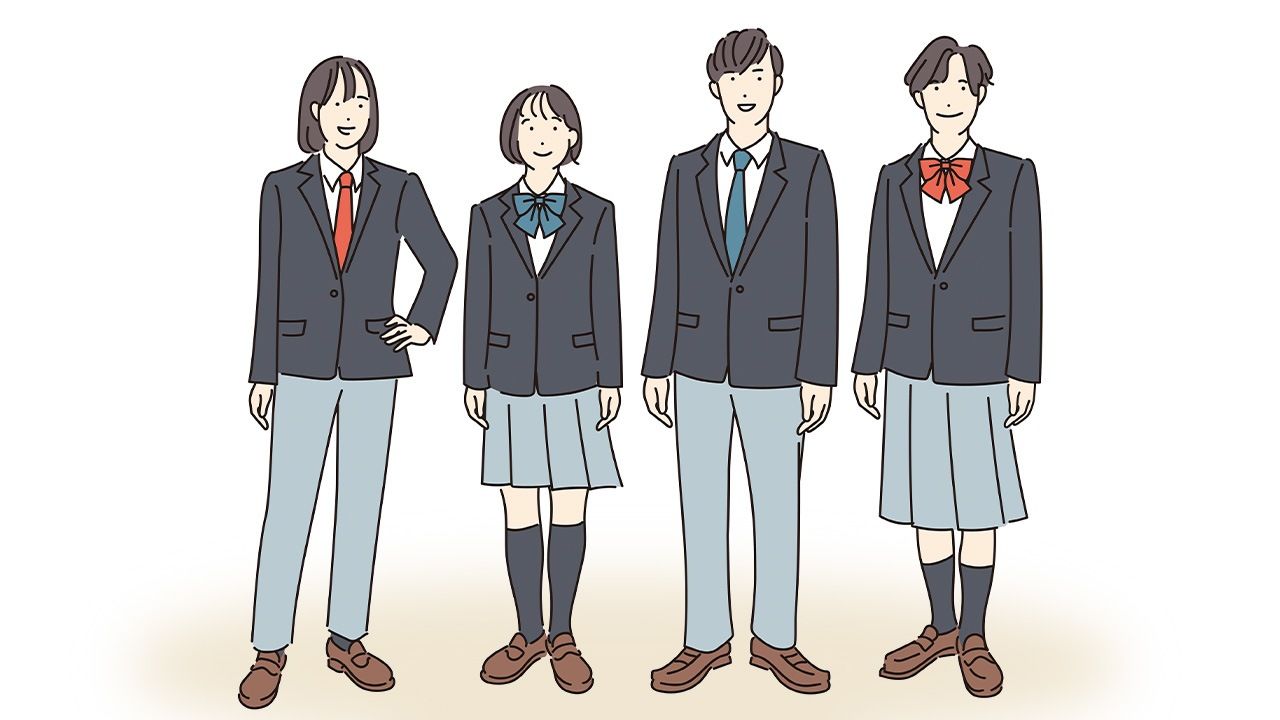 Gender and Sex Education Society Nov 30, 2021
Recently in Japanese schools, there has been a movement toward offering students the freedom to choose gender-free uniforms.

In recent years, genderless fashion and lifestyles are gaining wider acceptance, allowing people to express their individuality, rather than be bound by gender stereotypes.

The concept of genderless wear is also spreading to Japanese school uniforms, once predominately influenced by old European military uniforms—with sailor suits for girls, and jackets with stand-up collars for boys. In its national survey, school uniform maker Kankō Gakuseifuku found that 39.3% of schools said that they made allowances for lesbian, gay, bisexual, transgender, and queer (LGBTQ) students in their uniforms. A further 20.3% claimed that they intended to in the future. Thus, around 60% of schools either already make allowances or are considering such a move. 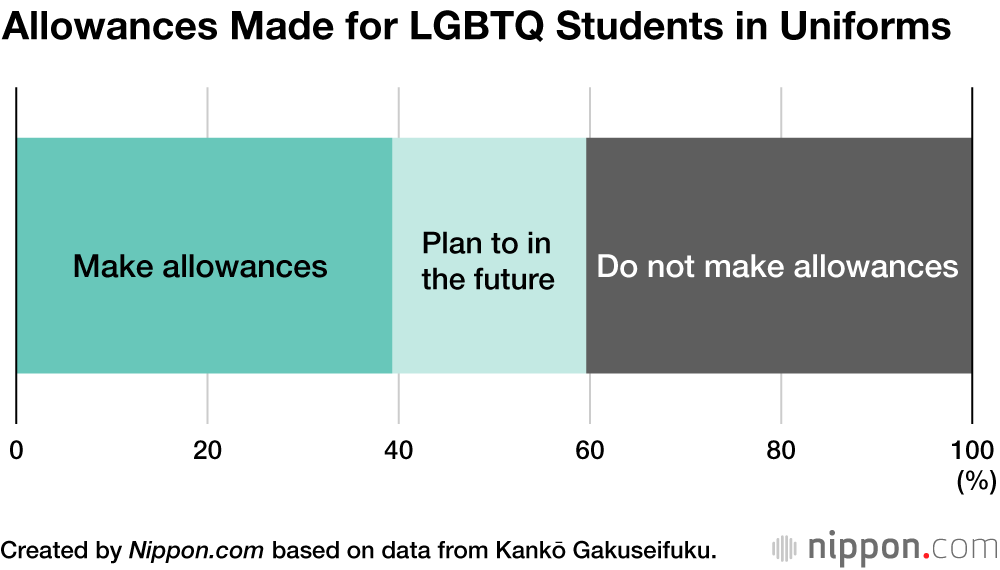 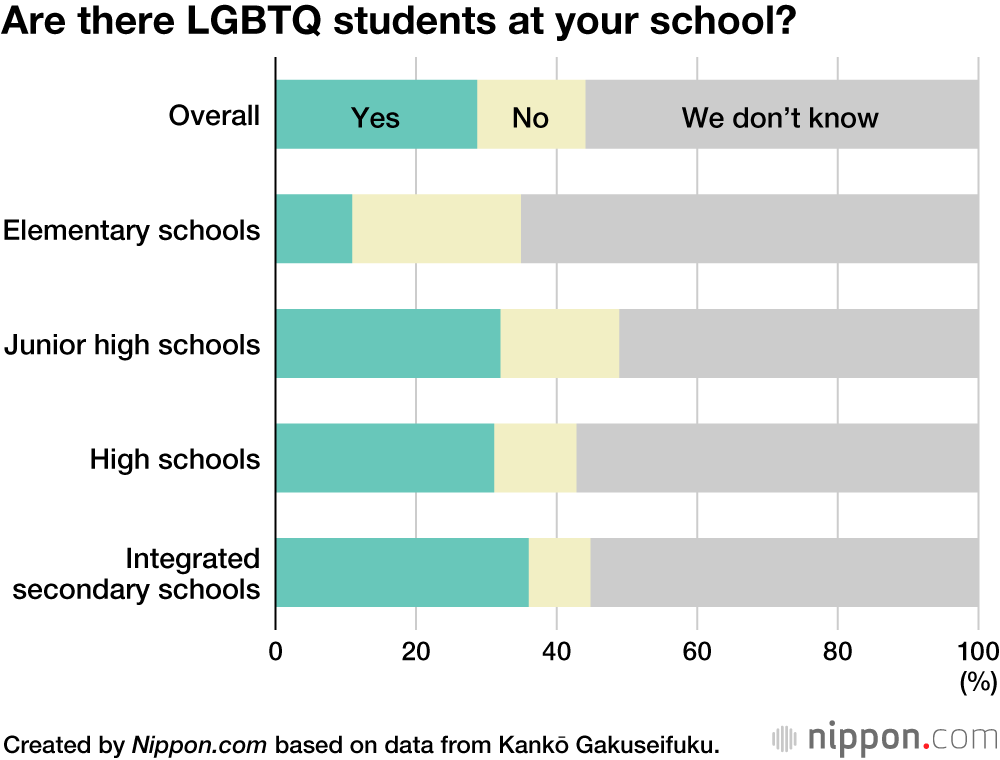 In terms of what uniform options schools thought were appropriate in consideration of LGBTQ students, 50.1% agreed with “Adoption of slacks for girls,” 36.0% agreed with “Allowing girls and boys to wear skirts, slacks, ribbons or ties,” and 35.4% concurred with “A blazer-based uniform with a common design for girls and boys.” 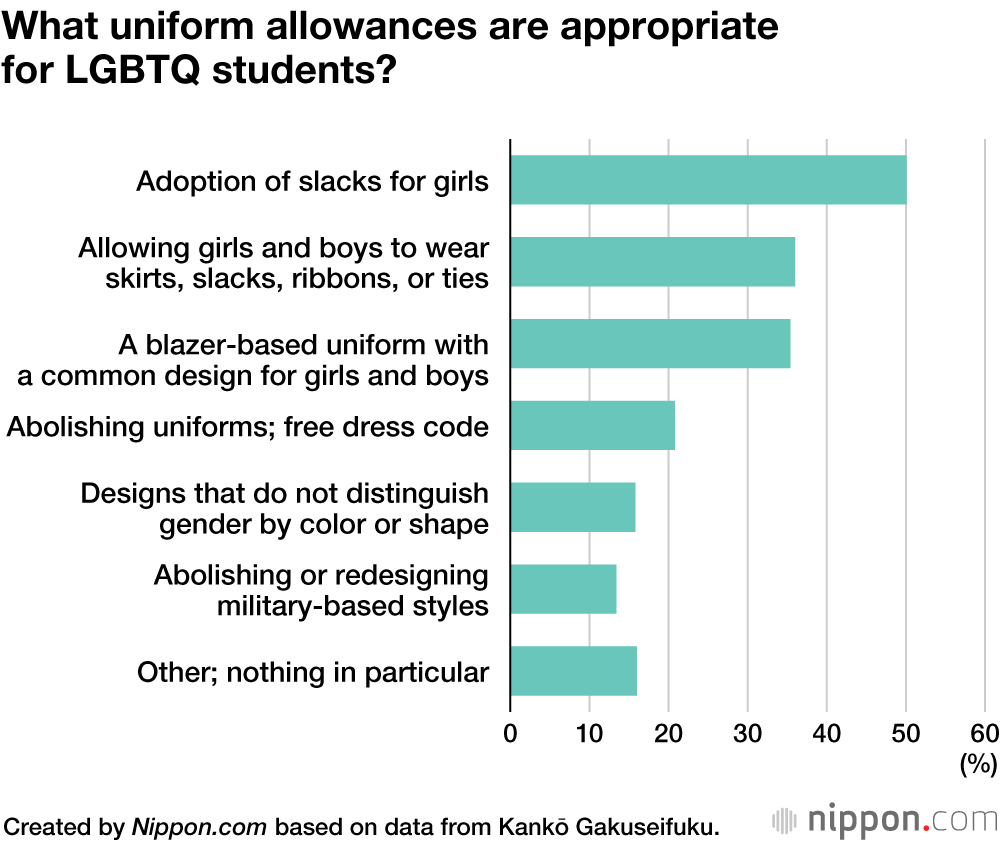 In April 2015, the Ministry of Education, Culture, Sports, Science, and Technology issued a notice, “Taking Appropriate Measures for Students concerning Gender Identity Disorder.” Slowly but surely, schools are taking greater consideration of such diversity in uniforms, hairstyles, toilets and other areas.