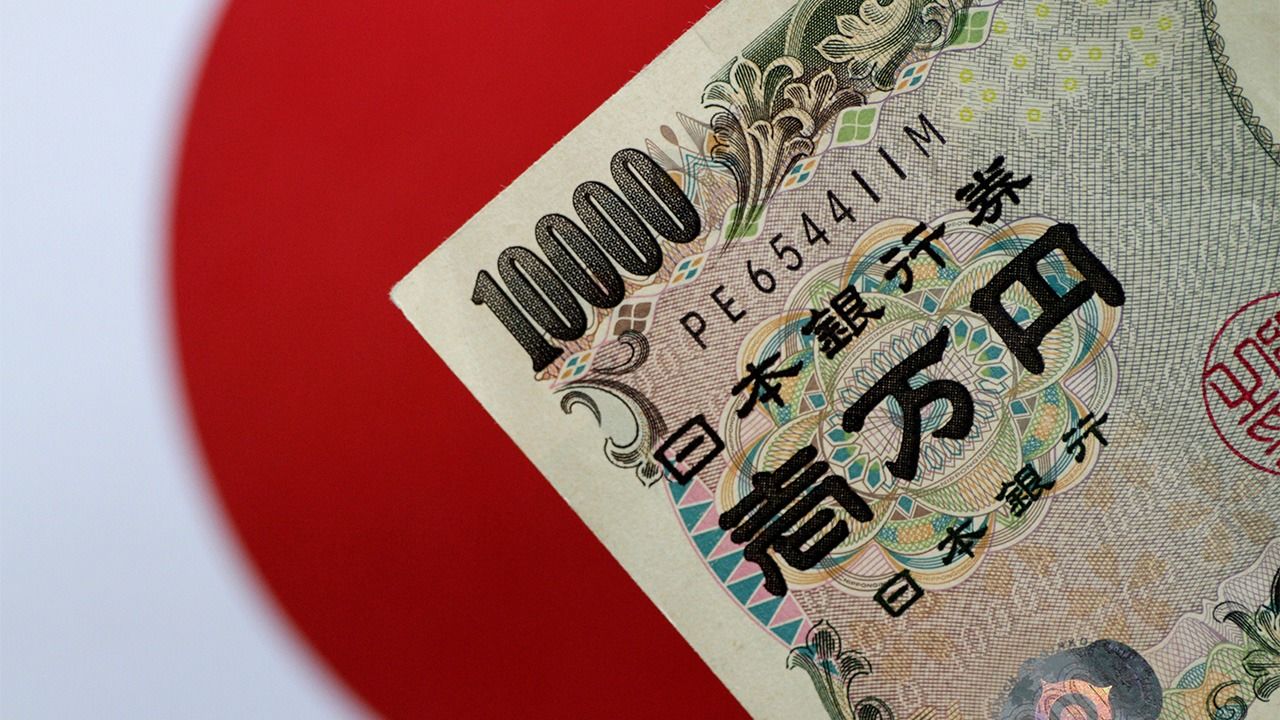 Politics Economy Society Dec 13, 2021
The centerpiece of the Japanese government’s latest economic stimulus package is a ¥100,000 benefit for children under the age of 18. While the measure is welcome news for families with children, it will increase the debt burden on future generations.

A record high supplementary budget of ¥36.0 trillion has been proposed for fiscal 2021 that includes measures aimed at achieving the virtuous circle of economic growth and wealth redistribution set forth by Prime Minister Kishida Fumio. In order to finance this budget, the government intends to issue an additional ¥22.1 trillion in government bonds. This brings the total amount of new government bonds issued in fiscal 2021 to ¥65.7 trillion. 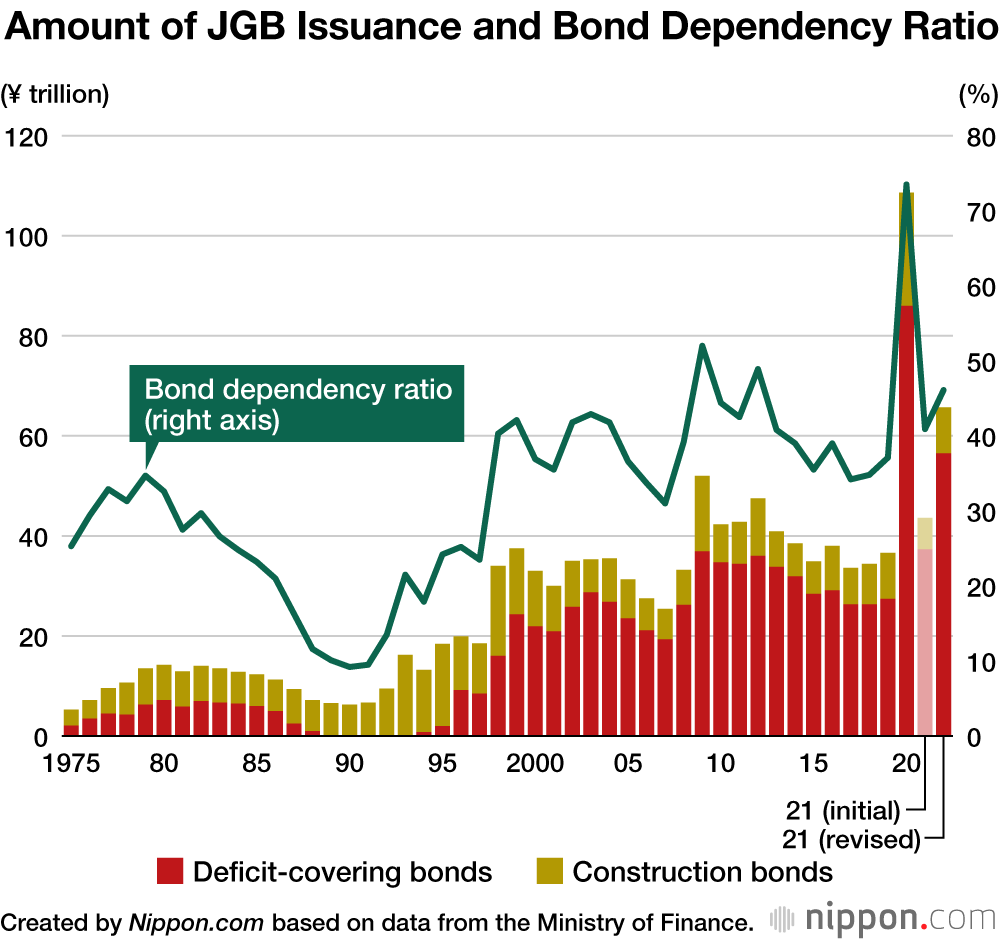 As a result of the additional issuance of government bonds, the outstanding balance of bonds at the end of fiscal 2021 is expected to be ¥1,004 trillion, thereby rising above ¥1 quadrillion for the first time. On a per capita basis this works out to ¥8.1 million per citizen, and over ¥32 million for a family of four. Interest payments on this debt have been low because of the policy of maintaining ultralow interest rates, but the burden of payments will become much heavier if interest rates were to rise due to a change in the economic situation. 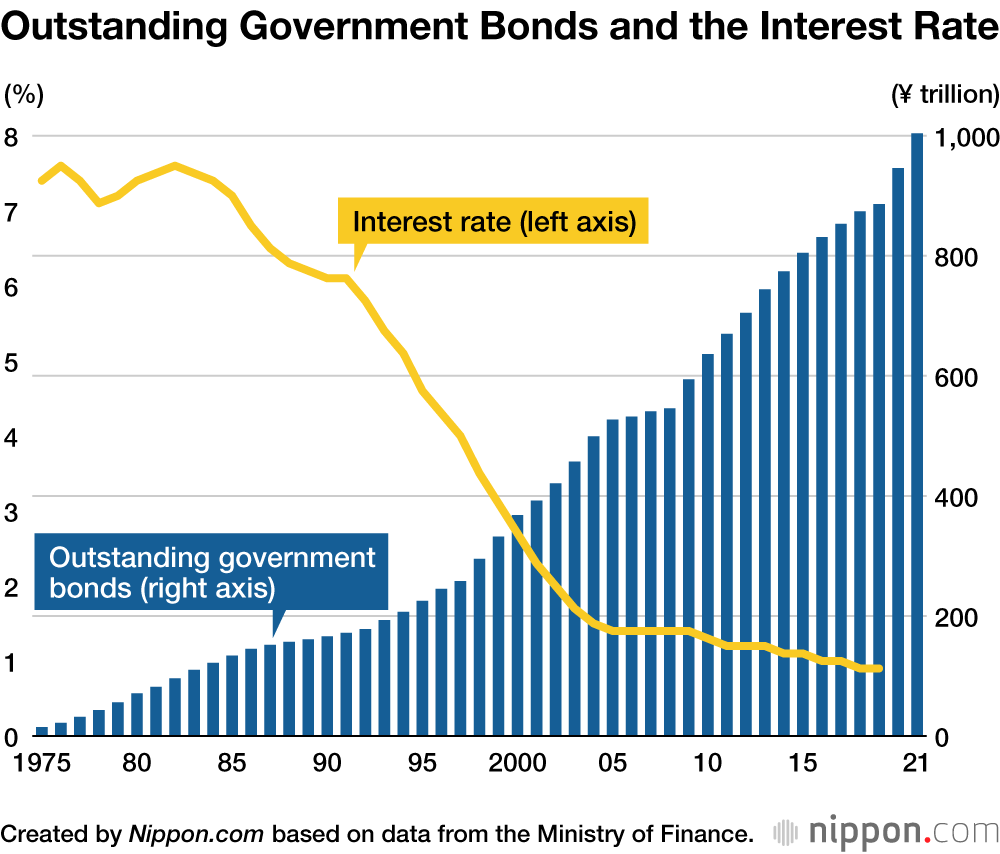