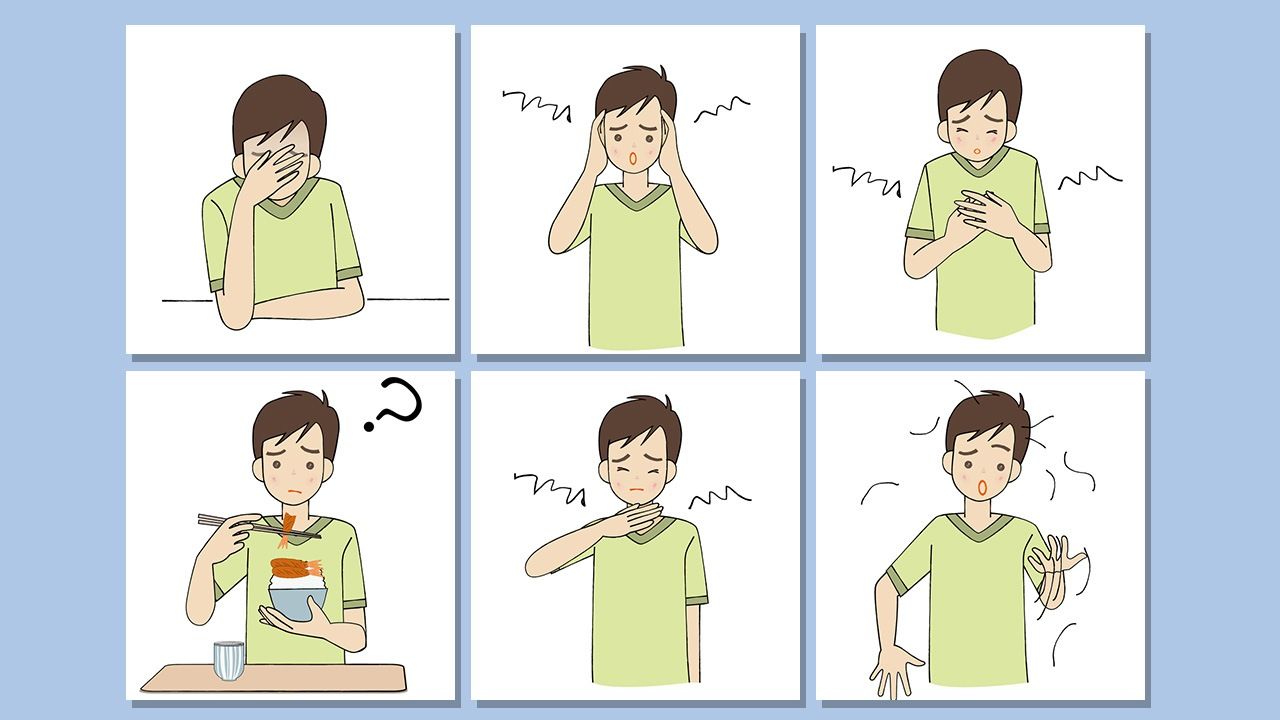 Health Society Dec 17, 2021
According to a survey conducted by the municipality of Setagaya in Tokyo, around 50% of persons infected with COVID-19 claim to have had or still suffer from some kind of aftereffect, with impaired sense of smell being the most common symptom.

The municipality of Setagaya in Tokyo conducted a survey of around 9,000 people who had been infected with COVID-19 based on infection reports sent to its public health center as of April 15, 2021. A total of 3,710 valid responses were obtained for the survey, which was conducted from July to August.

Among the respondents, 48.1% said they had previously suffered or continued to suffer from aftereffects of the virus. These were far more prevalent among women than men, at 54.3% as compared to 41.9%. By age, the occurrence of aftereffects was relatively high among people in their thirties, forties, and fifties, at 53.0%, 54.2%, and 54.6%, respectively. 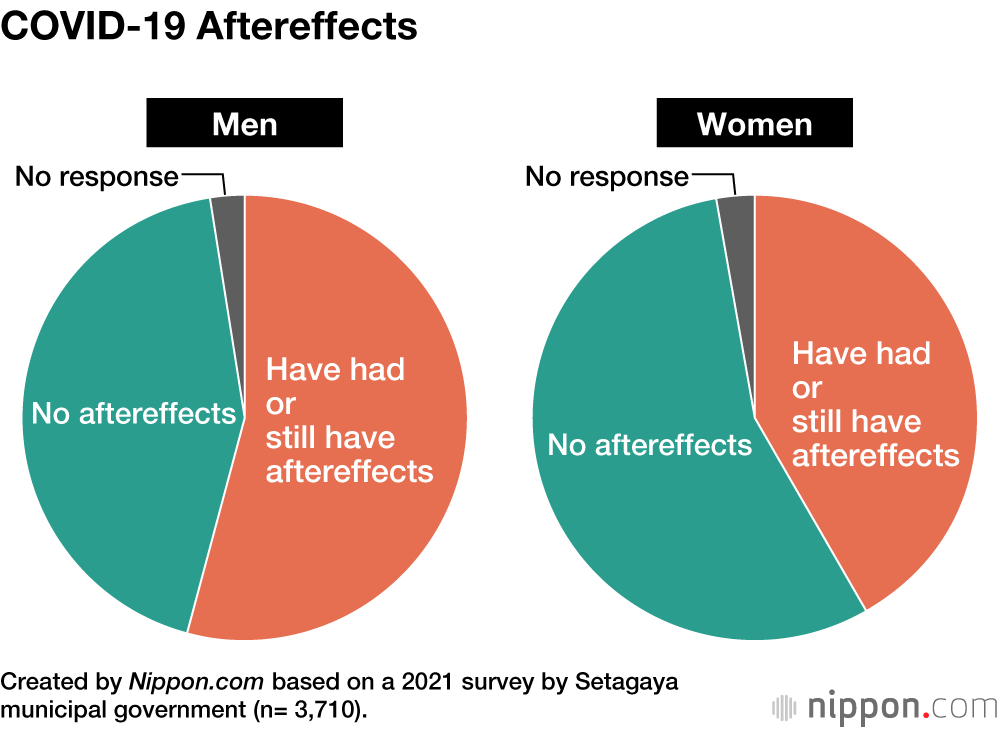 The most common specific symptom among those who have had or still suffer from aftereffects, according to a survey question with multiple answers allowed, was impaired sense of smell at 54.4%, followed by general fatigue at 50.0%, impaired sense of taste at 44.8%, coughing at 34.5%, difficulty breathing at 29.8%, and headaches at 25.4%. 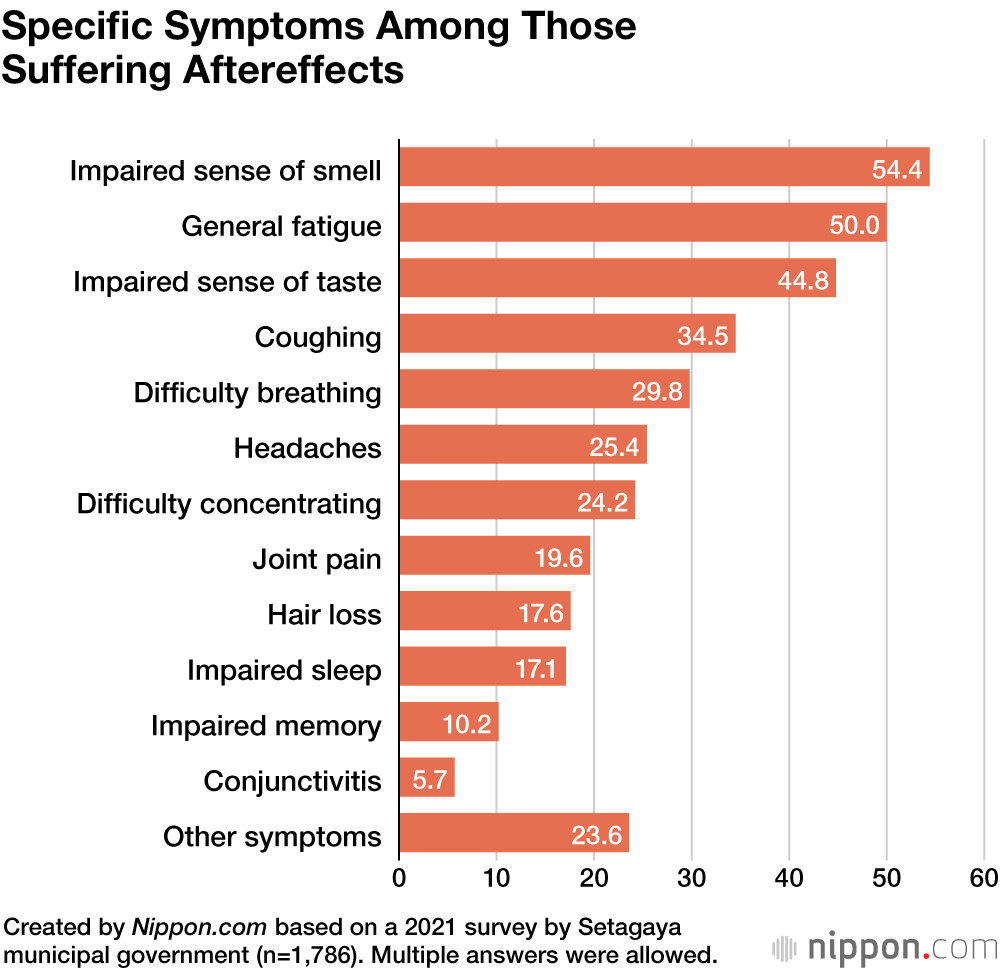