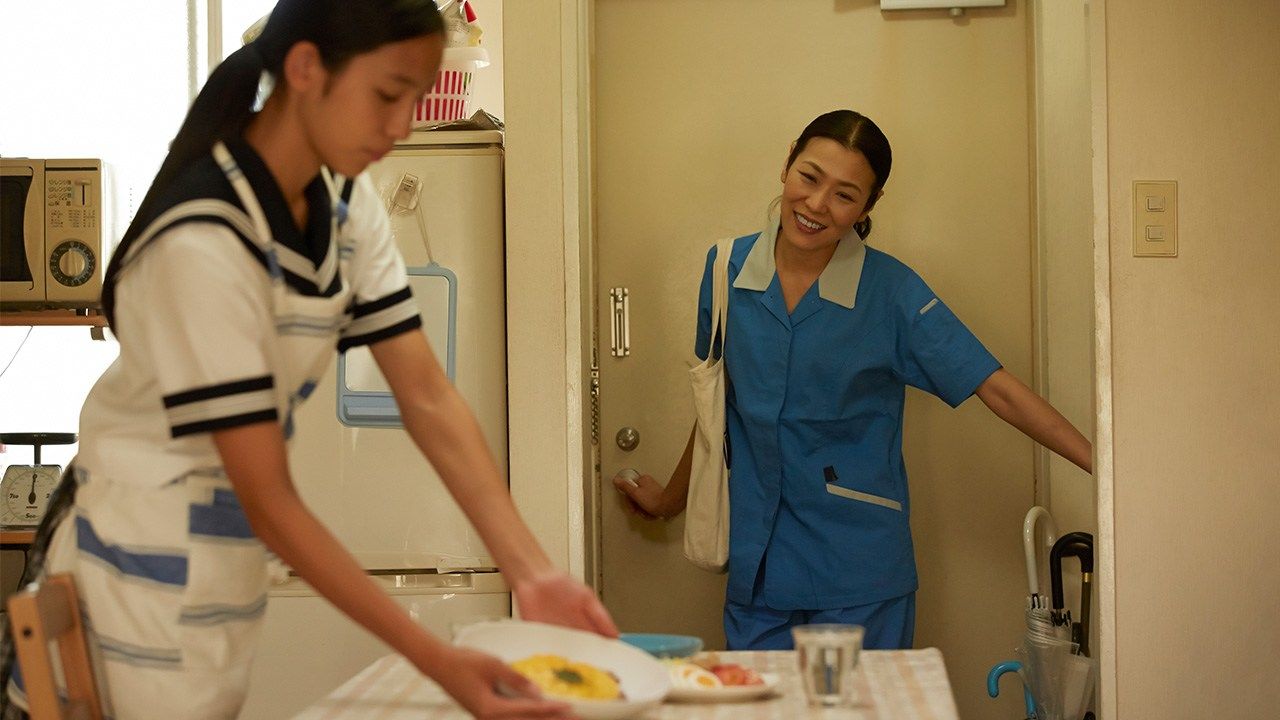 Society Family Education Dec 22, 2021
The economic stagnation caused by the COVID-19 pandemic has put a severe financial burden on children who have lost a parent due to an illness or accident.

Ashinaga, an NPO that supports orphans in Japan and around the world, conducted a survey of 3,994 guardians of high-school students who are receiving one of the organization’s scholarships. The survey found that the average monthly take-home pay among the guardians who were employed was ¥146,730 as of September 2021, around ¥100,000 less than the average monthly salary for workers, which stands at ¥245,000 (according to statistics from a basic government survey of wages).

The average monthly income was even lower, at ¥106,485, when guardians without employment or a source of revenue were included, who accounted for 27.6% of those surveyed. 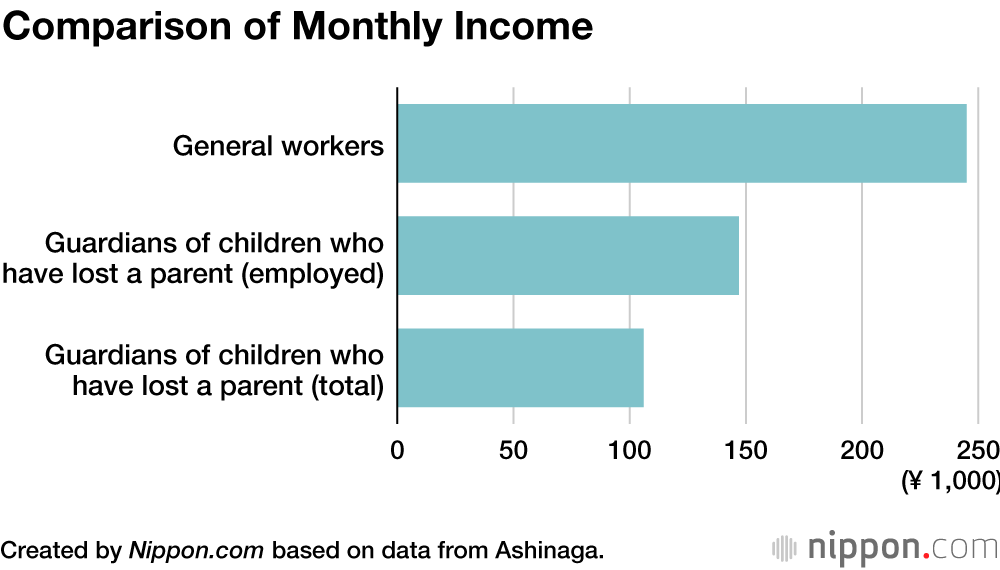 Among those surveyed, 81.5% are mothers of children whose fathers died due to an illness or accident, and 58.7% of the single mothers are nonregular workers employed on a part-time or short-term basis. Due to their low wages and unstable employment, 19.5% of these mothers have either quit or changed their job since the outbreak of the COVID-19 pandemic. Among them, 45.5% did so as a result of being laid off, so that many have suffered a loss of income despite a desire to work. 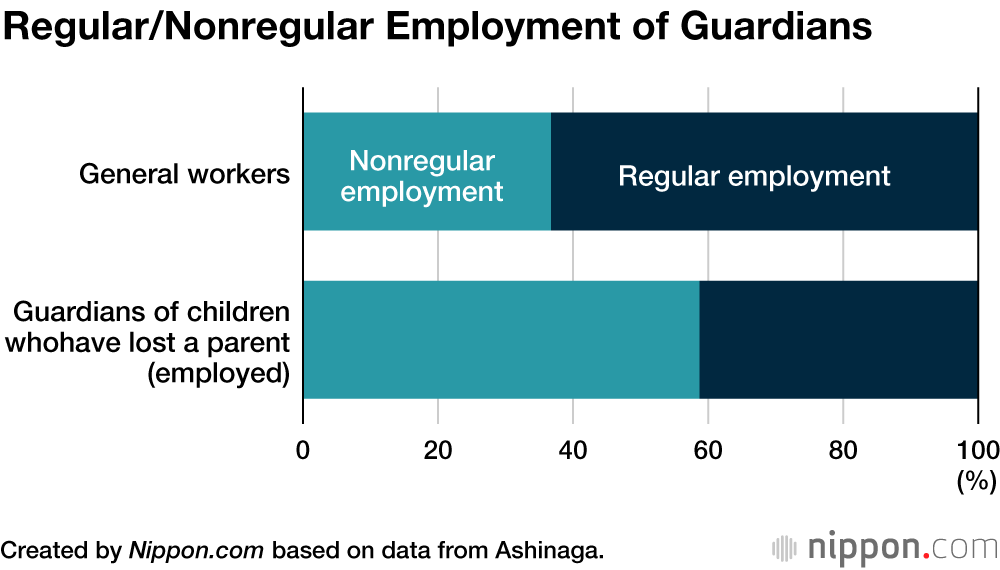 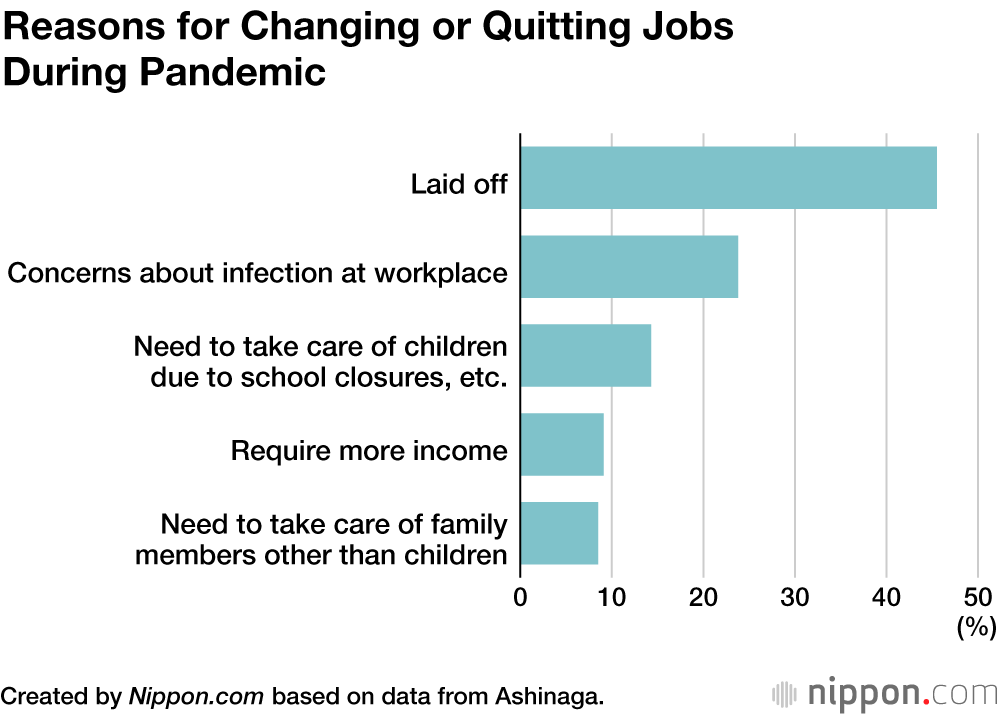 Withdrawing savings and insurance was the most common method of making ends meet, mentioned by 56.7% of the guardians surveyed. The survey results revealed that guardians were struggling to secure enough income by means of working longer hours or having their children do part-time jobs. Despite these efforts, there were still cases where guardians had to make difficult choices, such as asking children to give up club activities and cram school or abandon plans to pursue higher education. 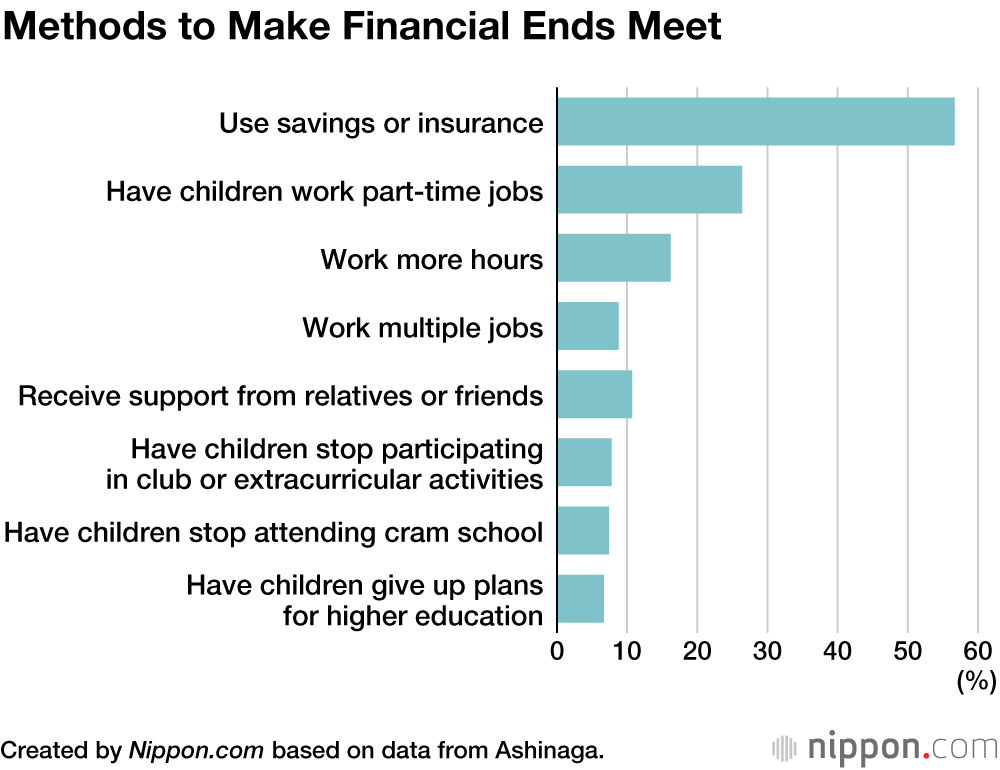 The open-response section of the survey included heartbreaking comments from guardians that included the following: “I was holding down several part-time jobs and lost the main one when sales fell due to the pandemic”; “The PC my child was using for online classes broke down but I didn’t have money to fix it”; “I feel sorry for my children who try to be cheerful even though I don’t have enough money to buy them what they’d like to eat”; “Don’t the vulnerable people in society have a right to live?”