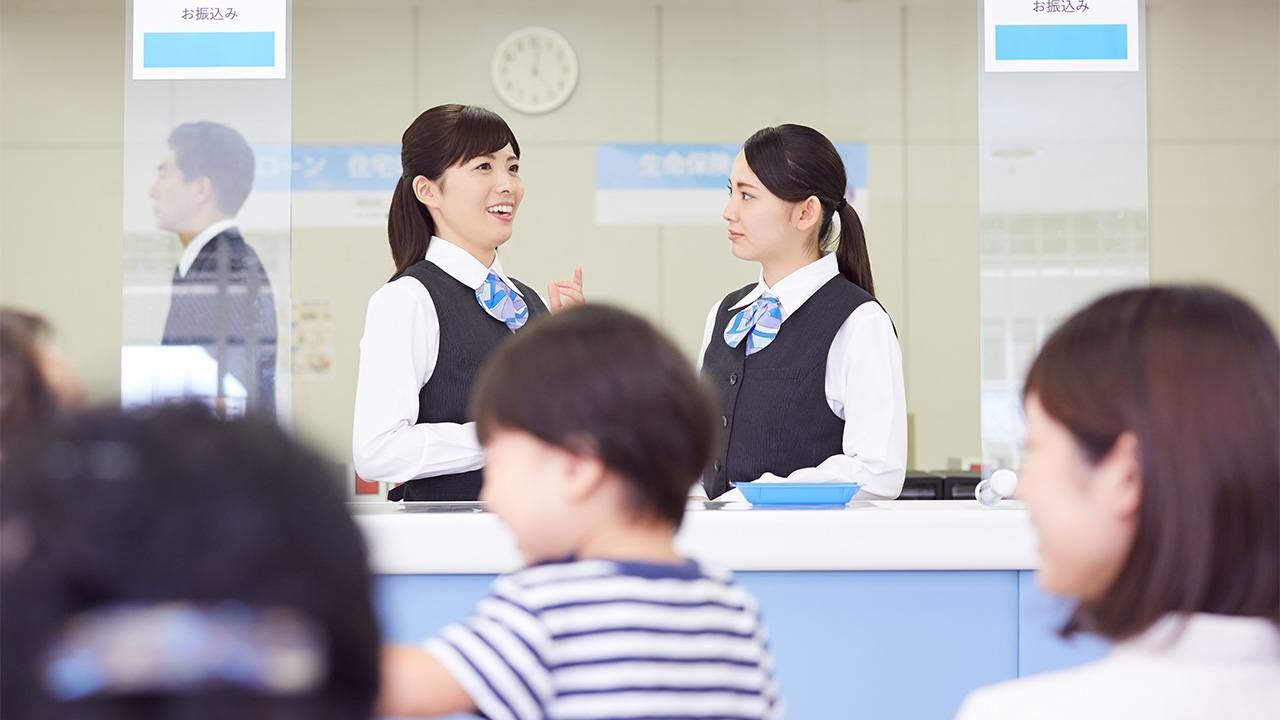 Economy Society Jan 5, 2022
Smaller regional banks have a growing presence as the main banks for Japanese companies, while larger banks have a declining share.

A Teikoku Databank survey has revealed that, when it comes to the main banks for Japanese companies, city banks have a declining share of the market and smaller regional banks a growing presence. In Japan, there are five banks classed as city banks: the three megabanks of MUFG, Sumitomo Mitsui Banking Corporation, and Mizuho Bank, line up alongside Resona and Saitama Resona.

Many small and medium-sized enterprises are in weakened positions due to the COVID-19 pandemic, so they have been relying more heavily on regional banks, not only for cash flow, but also for business restructuring, succession, and finding new customers, so expectations have increased for the role of financial institutions that have close links to each region.

The top financial institution used as the main bank by 96,511 companies was MUFG Bank. MUFG has ranked top for 13 consecutive years, ever since the survey began in 2009. However, the number of companies that use MUFG as their main bank fell by 1,600 from the previous year, meaning the bank’s share as a main bank dropped by 0.10 points. The second most used bank, SMBC, and the third, Mizuho Bank, both saw their shares fall too. In total, these top three megabanks saw a reduction of 3,700 companies and a 0.24-point loss in their market share.

North Pacific Bank was the top regional bank with 23,895 companies using it as their main bank. Ranking close behind were the Bank of Fukuoka, Chiba Bank, and Nishi-Nippon City Bank. The Daishi Hokuetsu Bank, formed in April 2021 through a merger of Daishi Bank and Hokuetsu Bank, had 17,993 companies using it as their main bank, making it the first time a bank in the Hokuriku region had placed in the top 10.

By type of financial institution, at 40.51%, regional banks had the largest market share. This share has been expanding for 12 years running, since the survey began in 2009, and for the last three years has continuously exceeded 40%. Shinkin (regional cooperative) banks had the second largest share with 23.39%, and this share has also been expanding for the last three consecutive years. When combined, these two categories accounted for nearly two-thirds of the market share.

The share for city banks, including the three megabanks, was 19.51%, marking a 0.24-point drop from the previous year and a record low for this type of financial institution. This was the largest rate of decline ever recorded in this survey. 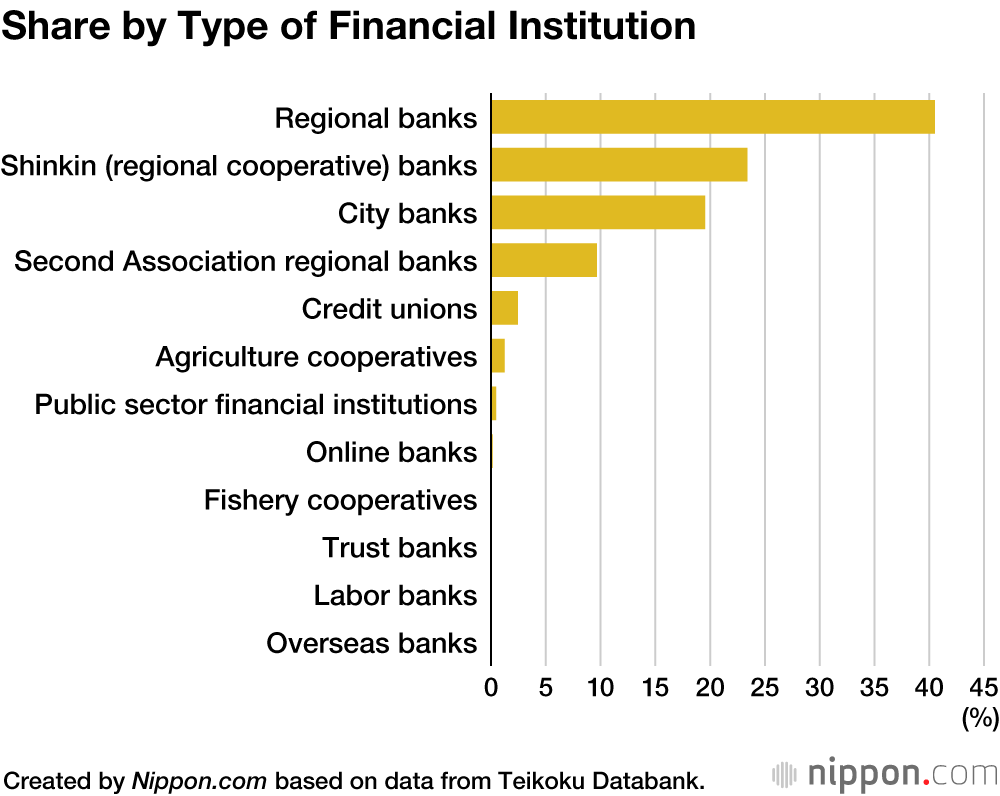 Regional banks had the top share in six out of nine regions: Tōhoku, Hokuriku, Chūbu, Chūgoku, Shikoku, and Kyūshū. In contrast, city banks saw their share drop in seven regions.

Teikoku Databank suggested that regional banks and other regional financial institutions will continue to erode the share of city banks that are moving toward consolidating or closing branches nationwide.