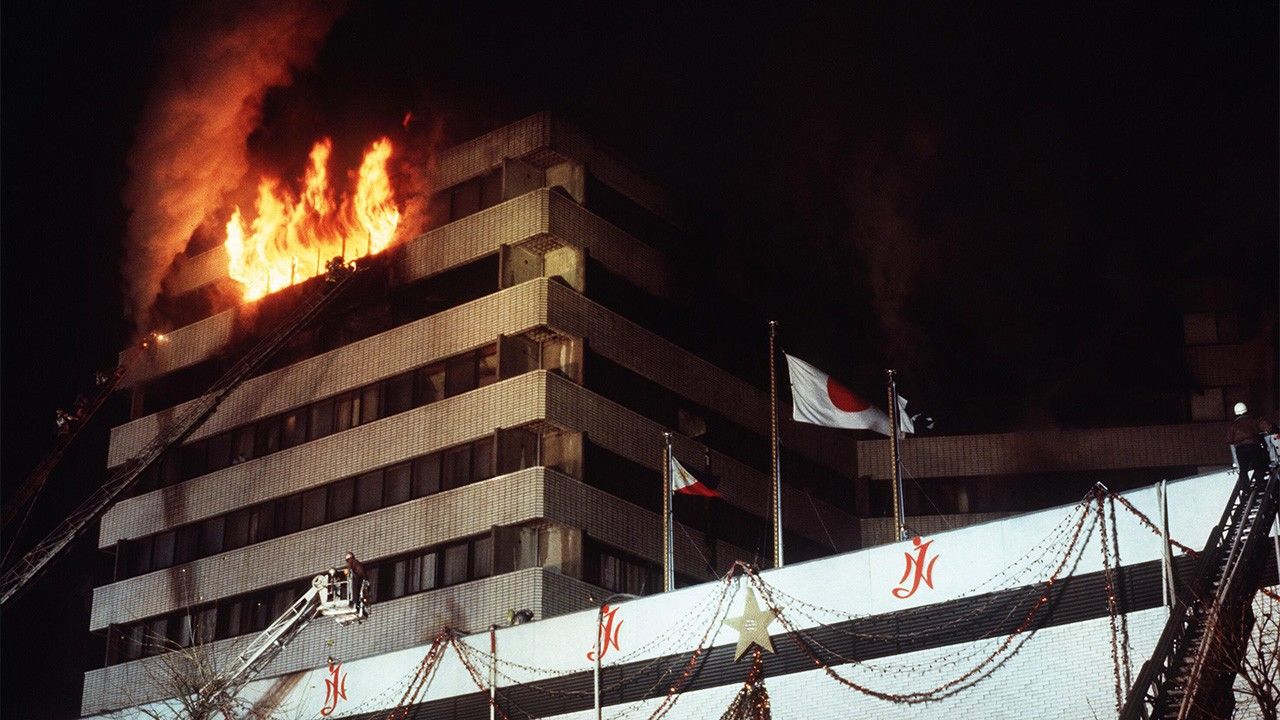 Major Fires in Japan Since 1925

Society Dec 21, 2021
Arson was the cause of half of Japan’s 10 major fires with 10 or more fatalities in the twenty-first century so far.

On December 17, 2021, a fire at a mental health clinic on the fourth floor of an eight-story building in Osaka’s Kita Ward resulted in the deaths of 25 people, as of December 21. Police are investigating the incident as a possible case of murder and arson.

The table below shows major fires in Japan with 10 or more fatalities—excluding those related to earthquakes, firebombing, and other such events—that have taken place since 1925.

The deadliest blaze during this time period was at the Sennichi Department Store in Osaka on May 13, 1972, which killed 118 people and injured 81 more. The cause is thought to have been an unextinguished cigarette. On November 29, 1973, another major fire at Taiyō Department Store in Kumamoto, Kumamoto Prefecture, resulted in 104 fatalities and 124 injuries.

In the 1980s, Japan saw a spate of serious hotel fires, including the disaster at the Kawaji Prince Hotel in Fujihara, Tochigi Prefecture, in which 45 people died, and the Hotel New Japan, Tokyo, in which 33 died.

Of 10 major fires in the twenty-first century so far, half were caused by arson. Among them are the Kabukichō fire on September 1, 2001, which killed 44 people, and the attack on Kyoto Animation on July 18, 2019, which killed 36.

Major Fires in Japan Since 1925

Created by Nippon.com based on publicly available information on websites for organizations including the Fire and Disaster Management Agency and the Ministry of Land, Infrastructure, Transport, and Tourism.

(Originally published in Japanese. Banner photo: The fire at the Hotel New Japan in Tokyo on February 8, 1982. © Jiji.)