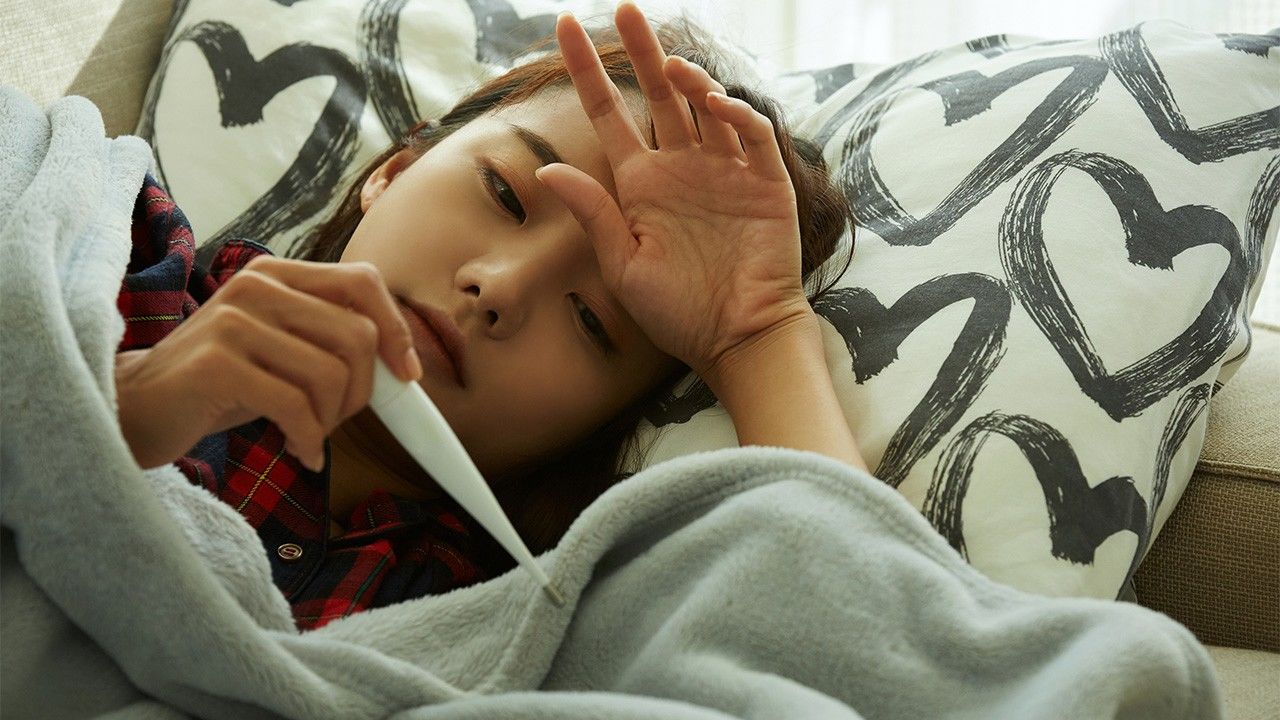 Society Jan 12, 2022
Measures to prevent the spread of COVID-19 are apparently limiting the number of flu cases in Japan for a second successive season.

Influenza cases in Japan are at a record low level for a second consecutive season.

Every year, the Ministry of Health, Labor, and Welfare publishes weekly figures of flu cases from September until May of the following year. In a typical year, there is a steady uptick in cases from November, but as with last season, the number of reported cases in 2021–22 remains extremely low. Measures taken against COVID-19, including the use of masks and regular washing and disinfecting of hands, seem to  also be effective in flu prevention.

Comparing the last seven seasons of data illustrates the difference since the onset of the pandemic. Even in 2015–16, when there were relatively few cases until the start of January, flu levels were considerably higher than in the last two seasons, as shown in the second graph. 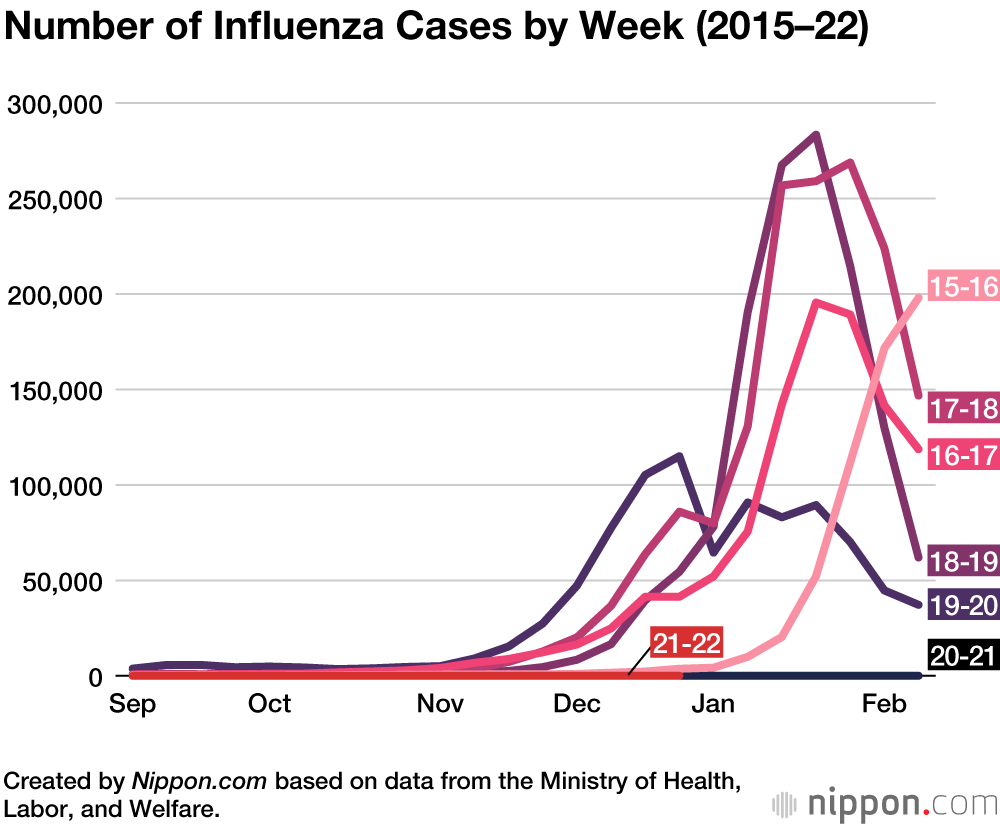 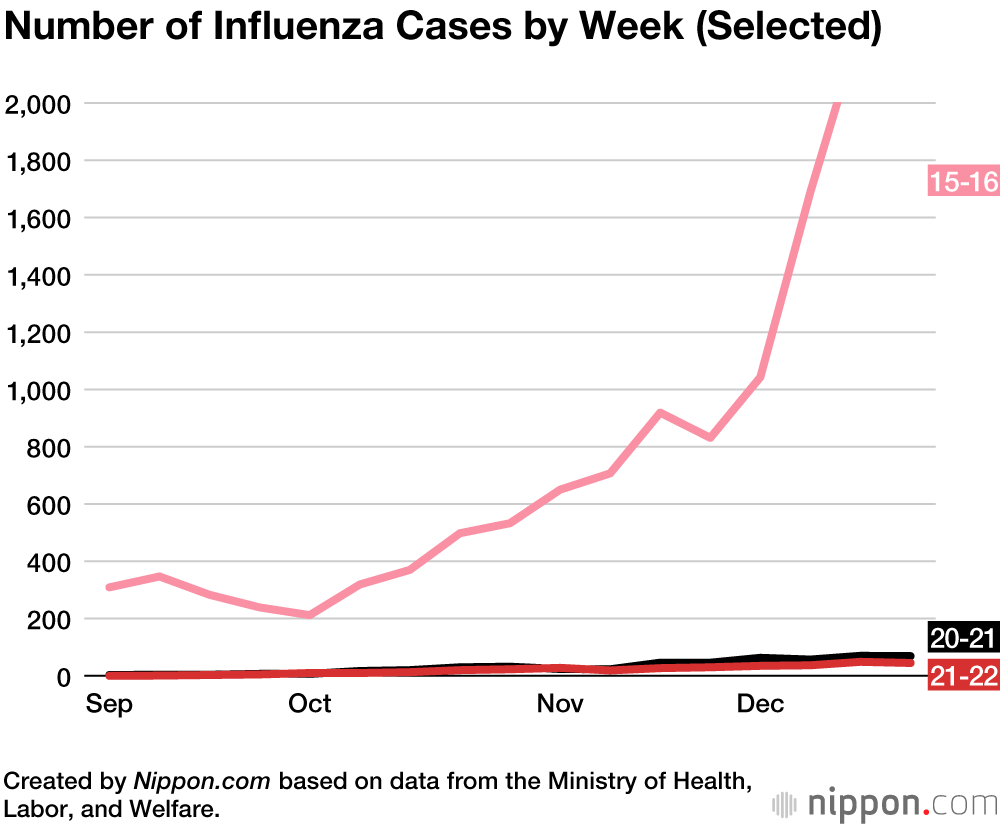 Due to the low number of cases last season, medical experts expressed concern that a lack of herd immunity among the general population would lead to an outbreak of flu infections alongside COVID-19 in 2021–22, but at present the number of cases remains lower than last season.

MHLW records show that the latest start for a flu epidemic was in the third week of the following year (seasons 2004–05 and 2006–07), leaving open the possibility that the number of cases may still increase sharply. However, authorities hope that thorough measures against infection will protect against flu as well as COVID-19. 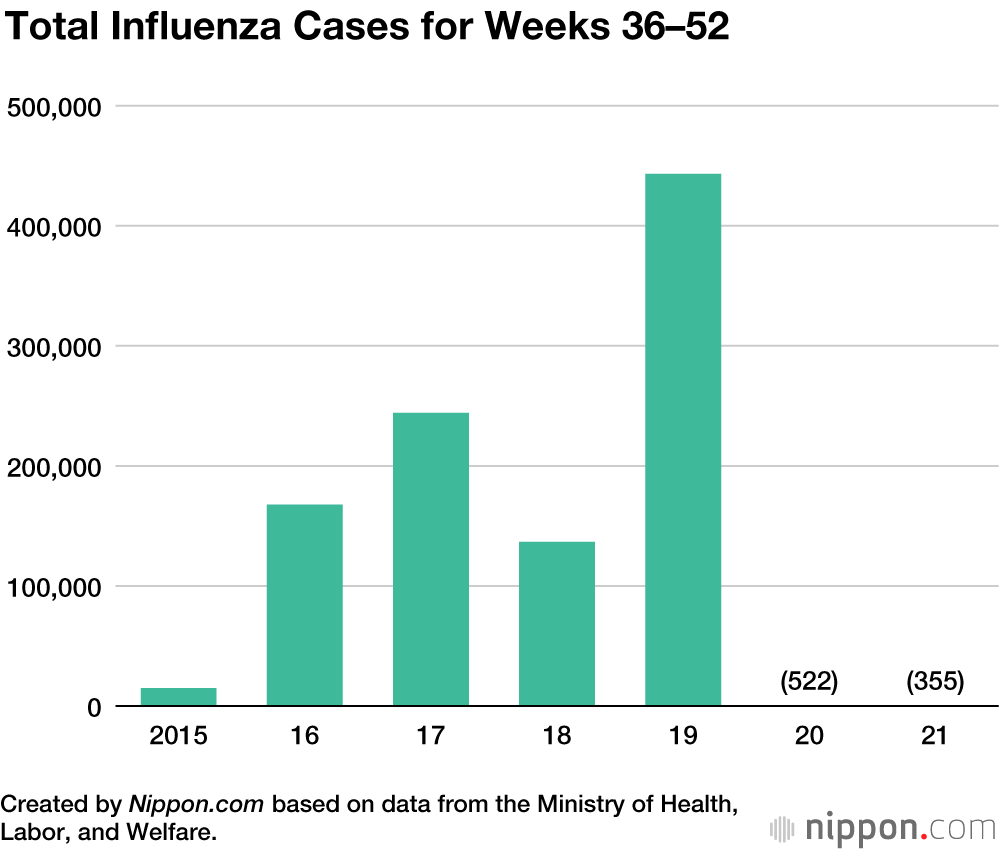