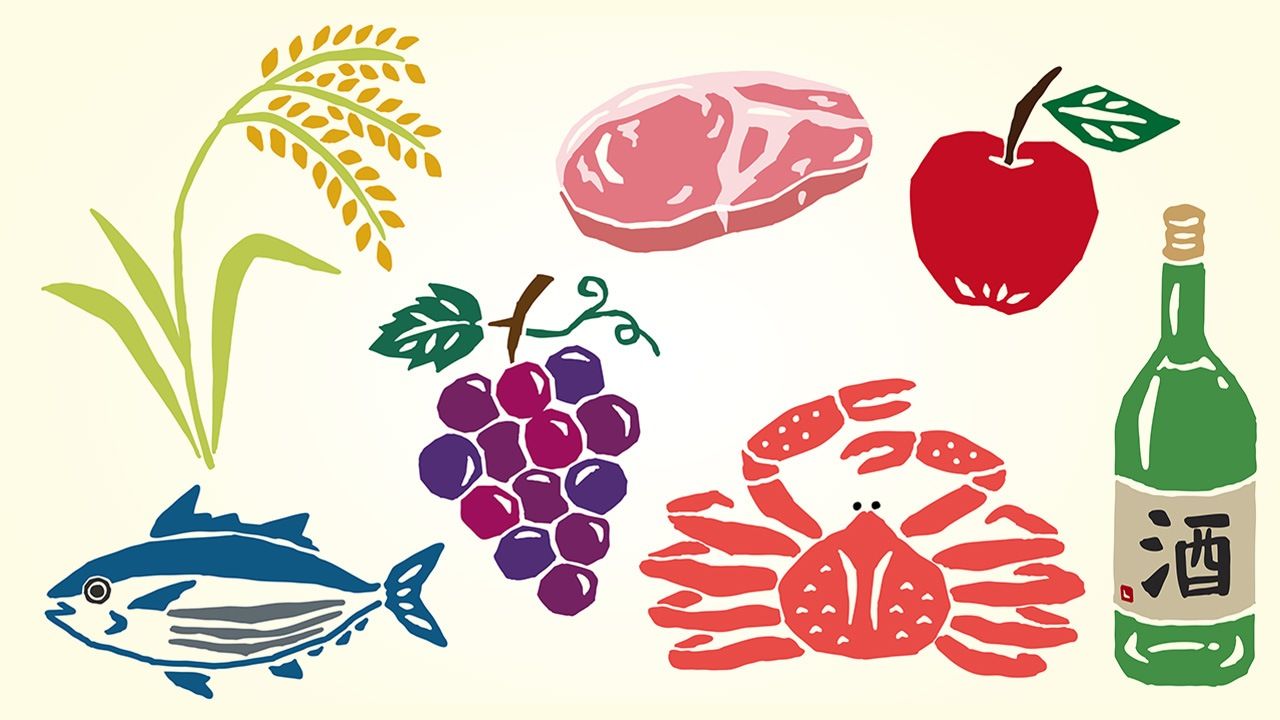 Economy Politics Society Feb 18, 2022
The Taiwanese government has decided to lift a ban on food imports from five Japanese prefectures that was initially imposed after the accident at Fukushima Daiichi Nuclear Power Plant.

Following the disaster at Fukushima Daiichi Nuclear Power Plant caused by the Great East Japan Earthquake in March 2011, restrictions on the imports of Japanese food products were introduced in 55 countries and regions. Over the past decade most of those restrictions were relaxed or eliminated, but some remain, particularly in East Asia. However, Taiwan recently decided to lift its ban on imports of food products from Fukushima and four other prefectures that has been in place for 11 years.

On February 8, 2022, the Taiwanese authorities announced the lifting of the ban, with the exception of certain items such as mushrooms. The decision, which is expected to be implemented in late February, is thought to have been prompted by the desire to resolve pending trade questions with Japan in relation to Taiwan joining the Trans-Pacific Partnership, following its application in September 2021.

Taiwan had maintained an import ban on all foodstuffs from Fukushima, Ibaraki, Tochigi, Gunma, and Chiba Prefectures, with the exception of alcoholic beverages, and also required certifications of origin for products from other prefectures in Japan. The debate over lifting the ban on Japanese imports gained momentum following the voting down of a referendum on December 18, 2020, that had called for a ban on the imports of pork from the United States and other countries that make use of fattening agents. 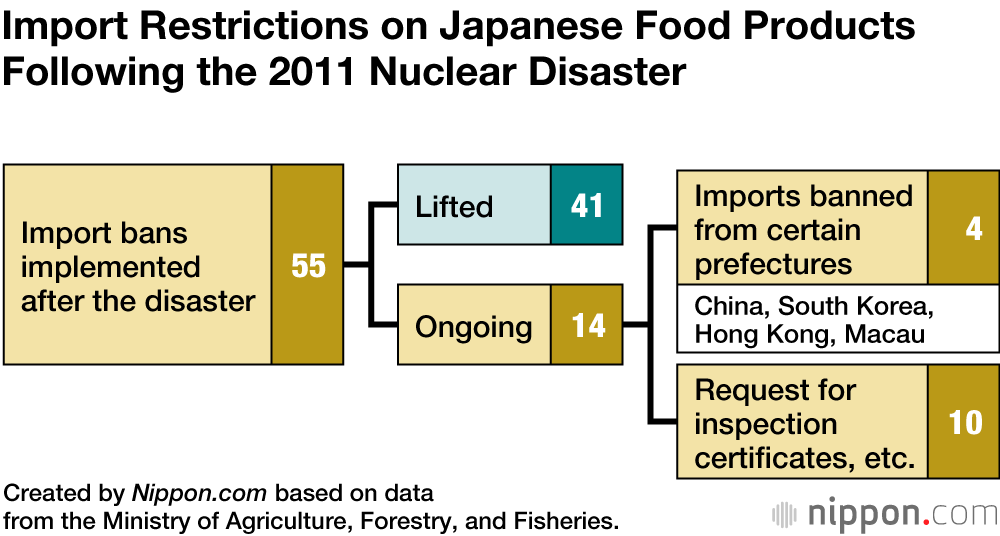 According to the Ministry of Agriculture, Forestry, and Fisheries, 55 countries and regions introduced import restrictions after the nuclear disaster. Most of the import restrictions have been eased or eliminated over the past 10 years, but there are still some negative feelings toward Japanese food products, particularly in East Asia.

Created by Nippon.com based on data from the Ministry of Agriculture, Forestry, and Fisheries. Lists are abridged.