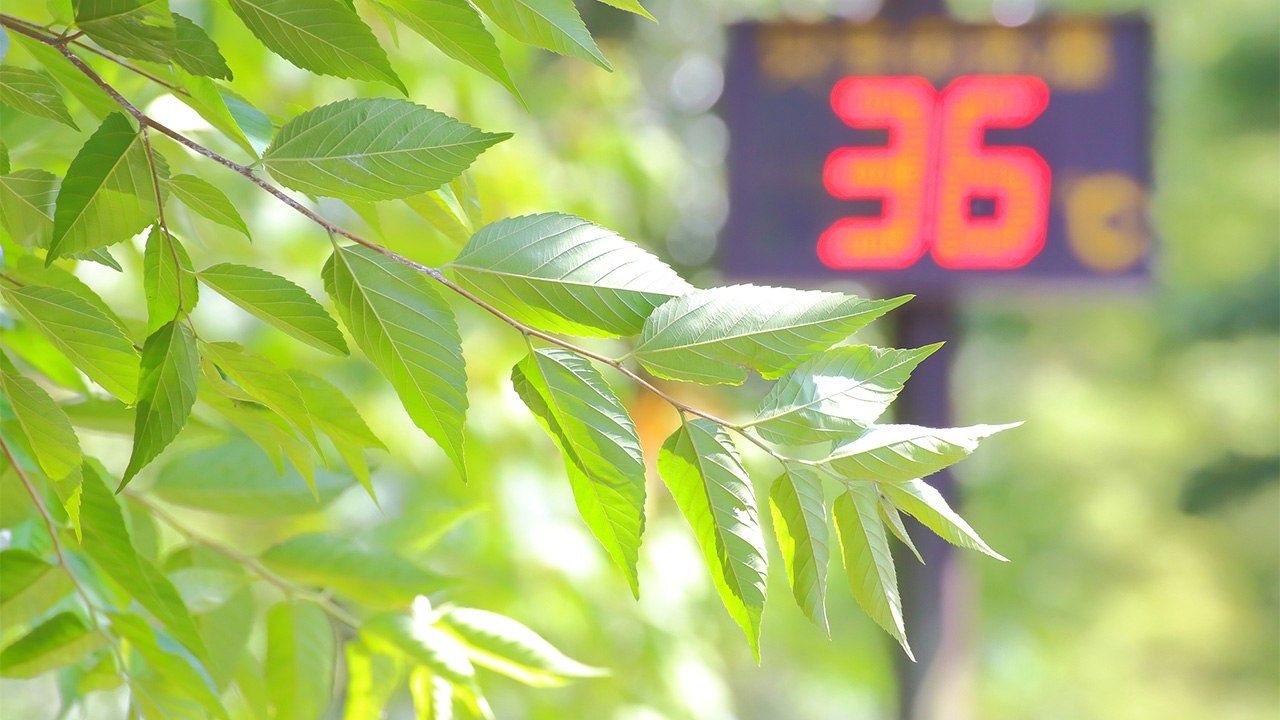 Hotter and Wetter: Rainfall and Temperatures Rise in Japan in 2021

Society Environment Disaster Feb 17, 2022
Average rainfall and temperatures were above normal across Japan in 2021. The national average for rain was the sixth highest and for temperature third highest on record since 1898.

The Japan Meteorological Agency announced that the average temperature in Japan in 2021 was 0.61 degrees Celsius higher than for a normal year over the last three decades. The figure was calculated using data from 15 monitoring stations around Japan located in areas where there is little influence from warmer urban environments. The average is the third highest on record after 2020 and 2019, the first and second hottest average years, respectively, providing further evidence of the increasing pace of global warming. 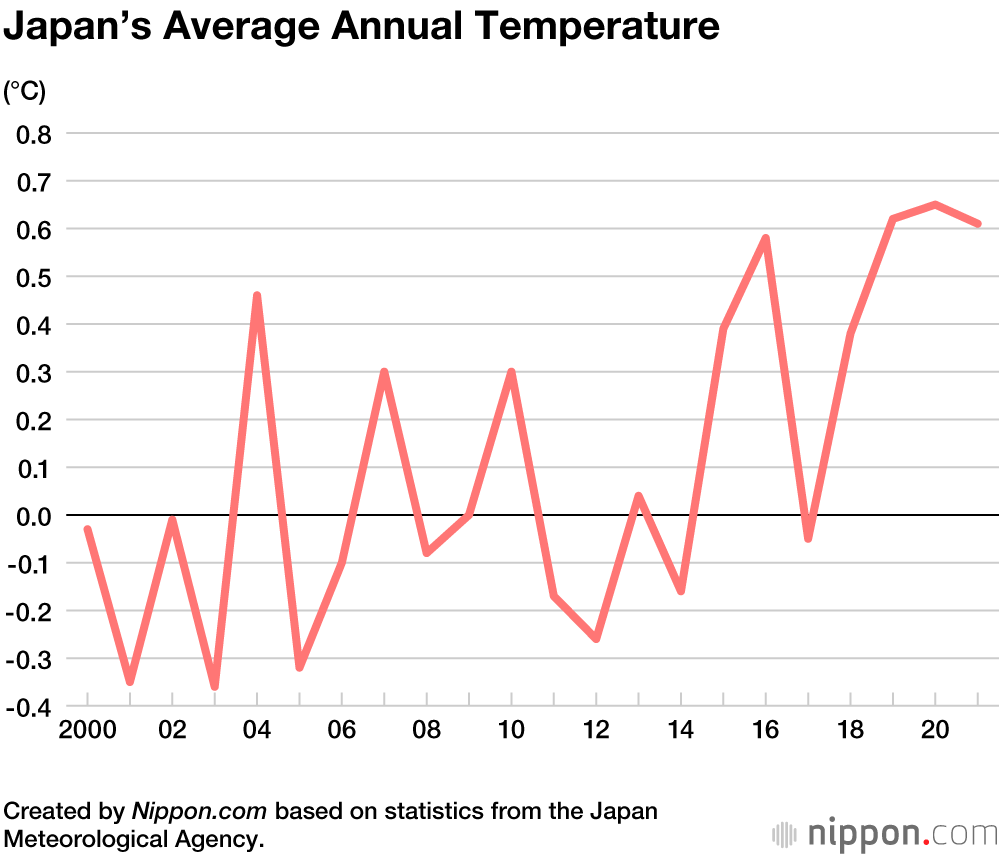 Looking regionally, northern Japan, encompassing Hokkaidō and the Tōhoku region, had the greatest increase, with the yearly average for 2021 being 0.8°C above the norm. Eastern Japan was next, rising 0.7°C, followed by western Japan at 0.6°C, and Okinawa and Amami at 0.4°C. Data was calculated from 153 monitoring stations around the country.

The data fits with the global trend toward warming. The JMA report noted that the average global temperature for 2021, calculated by combining the median temperature on land and on the ocean surface, was 0.22°C warmer than normal, making it the sixth hottest year on record since readings were first taken in 1891.

Rainfall was also on the rise in Japan in 2021. Data from 51 monitoring stations put the yearly average at 213.4 millimeters above the norm. Driving the increase was a long-lasting seasonal front that dumped rain over large swaths of eastern and western Japan in August. 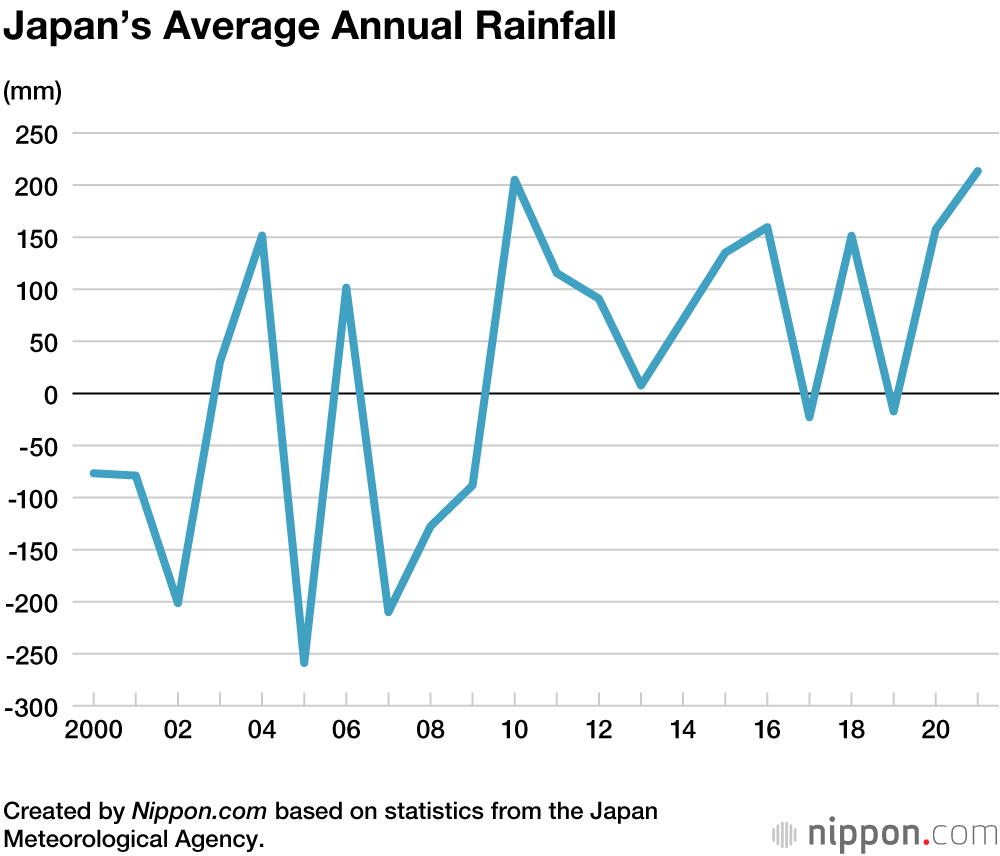 Northern Japan saw a 6% increase in rainfall in 2021, followed by eastern Japan at 13%, and western Japan at 15%. By contrast, Okinawa and Amami received 4% less rainfall.